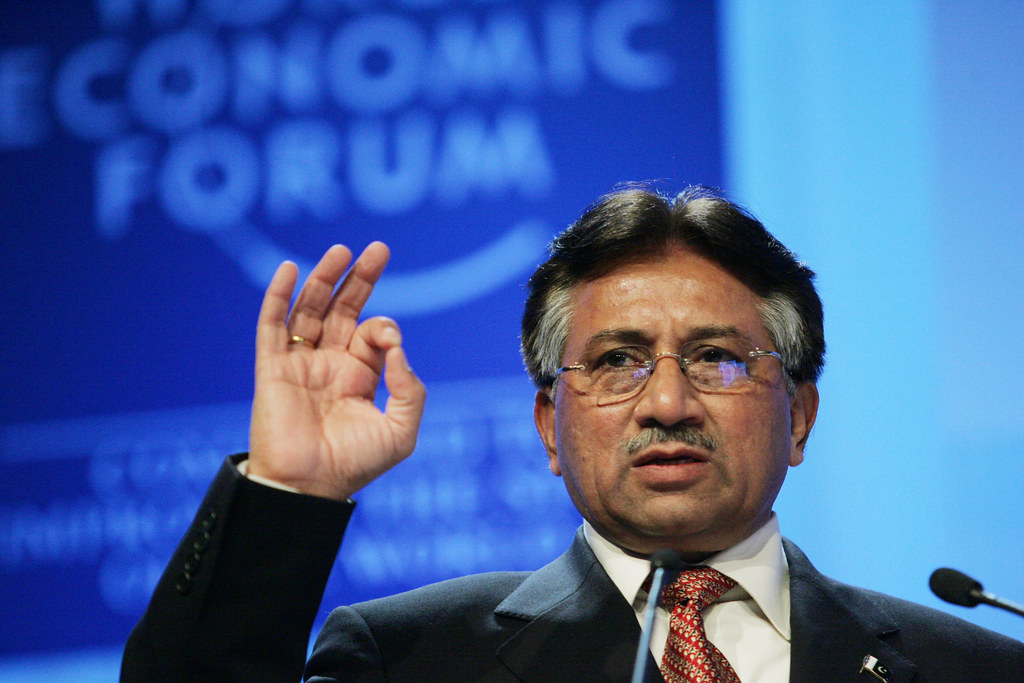 Last week, a Special Court in Islamabad has come up with the verdict in the case against the Pakistan’s former president and army Gen. Pervez Musharraf.  Six years after the case had been filed, the court sentenced Musharraf in absentia to death for high treason pointing so at the ongoing power struggle between the country’s military establishment and civilian leaders. Nonetheless, the closer reading of the decision suggests that there are many questions to be answered before the verdict can be cheered as a historical turning point.

Musharraf, who supported the United States during its ‘war on terror’ in 2001, is the first former Army Chief to be sentenced with the maximum punishment under the Article 6 of the Pakistani Constitution. Many consider this as a landmark judgment in the legal history of Pakistan, a country, that since its foundation in 1947 has experienced number of military coups that effectively abrogated the Constitution. In 1955, then Governor-General Ghulam Muhammad disbanded the Constitutional Assembly, a decision which was upheld by the Supreme Court. In the similar manner, both the 1969 martial law instituted by Ayub Khan and the 1977 Operation Fair Play by General Zia ul Haq remained judiciary unchallenged as the Supreme Court did not hold them accountable.

Pakistan has struggled with complicated power dynamics between its civilian governments and military establishment that has ingrained position in the country’s power apparatus. The Pakistan’s military cohesiveness as an institution combined with its control over the means of coercion is what enables it to intervene in almost all aspects of the country’s life. This has often resulted in the military being used as an instrument for surpassing political impasse between various factions of the country’s politics. However, as Shirin Tahir Kheli identified in 1980, Pakistani society has been growing increasingly intolerant of military interventions, which could explain the current situation brought about the Musharraf’s sentencing.

Although General Musharraf also executed a military coup against the Nawaz Sharif’s civil government in 1999, he was sentenced for imposing a state of emergency in November 2007. In 2016, Musharraf left the country for medical treatment which he is currently undergoing in Dubai. For this reason, it is unlikely that the sentence will be carried out as there is a little chance he will return to Pakistan. In this case, the move carries more of a symbolic importance rather than any practical implications.

Backlash Against the Rulling

Soon after the announcement of the court’s verdict, Pakistan Armed Forces has come forward to express their disagreement with the decision that they received ‘with a lot of pain and anguish’. Musharraf himself referred to a ‘personal vendetta’ as the main reason behind the sentence. Some commentators such as Abubakar Siddique, however, see the decision as a part of a wider trend that hints at the weakening position of the Pakistani military. The verdict is only one of many judgments by Pakistani courts that directly challenge the military’s grip on power in Pakistan. Nonetheless, right now there seems to be a little alternative as the current government, which is perceived to be close to the military, decided to initiate legal proceedings against the head of a three-judge panel that ruled on the verdict Waqar Ahmed Seth.

While the decision theoretically offers possibility of various appeals, one of the controversial aspects of the decision is that verdict calls for Musharraf to be ‘dragged’ and ‘hanged for three days’ in front of the Parliament in case he is found dead before the execution. Reema Omer, legal advisor at the International Commission of Jurists expressed her opinion in the tweet where she argues for the legal revision of the conviction in order for it to have legitimacy. She also sees the method of execution as ‘condemnable’ and carried out in ‘unlawful direction’. In addition, it was only the 2010 18th Amendment to the Article 6 which added crucial words of ‘suspension’ and ‘abeyance’ to the definition of high treason. In such case, the decision can be interpreted as applying the Article 6 retrospectively, once again raising questions about the  legitimacy of such move.

Whether the decision points at the weakening position of the military or not, the verdict has so far managed to divide the society along the lines of those who support the Supremes’ Court sentence and those who find it unacceptable. One way or the other, the case of Musharraf illustrates the difficulty of navigating complex decisions in the society were power is fragmented between various agencies and the military is considered to operate as a ‘state within a state’. If the sentencing is really to be formulated as a ‘victory for civilian leaders’, the closer reading of the decision suggests that there are many questions to be answered before the verdict can be cheered as a historical turning point rather than just yet another political battle.