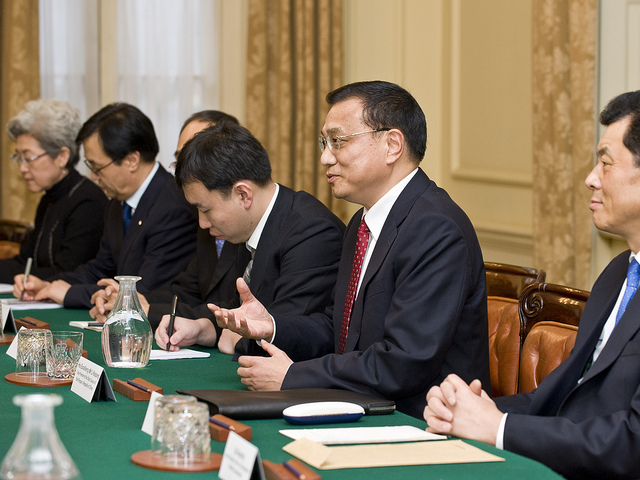 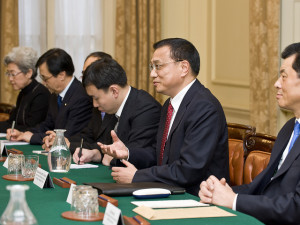 Third Meeting of Heads of Government of China and Central and Eastern European Countries (“The Belgrade meeting”) took place in Serbia from 15th to 17th of December. The meeting in Belgrade hoped to provide for support of joint efforts to strengthen mutual financial and investment cooperation in the fields of agriculture, industry, internet technology, tourism, transport and infrastructure. Cooperation on the level of cities and regions and by the means of cultural exchange as suggested in earlier documents (e.g. the Bucharest Guidelines) was given equal attention. Whereas the meetings of the 16+1 group were held in European capitals so far, next year’s meeting is set to take place in Beijing.

Building picture of strong China at home is a common phenomenon which was given the most importance in this case as well. Chinese media are naturally domestically oriented when pointing out that countries in the region are about to cooperate and prosper with “strong China”. Indeed, any remarks by foreign officials cementing such claims were presented in the limelight. Speech of Serbian PM Aleksandar Vucic is being quoted frequently: “China is a strong and a trustworthy partner. Via mutual cooperation, Serbia may soon embark on implementation of its own strategic expectations” (中国是强大的和值得信赖的伙伴，通过同中国的合作，塞尔维亚可以很快、坚定地去实施自己的战略预想). Since Chinese media also made wide use of Serbian and European papers, Chinese readers could notice the growing influence of the “Middle Kingdom” on the global scale with the same amount of ease. The meeting being in Serbian media referred to as the “biggest political occasion” that took place in Serbia in decades (这被塞尔维亚媒体比喻为几十年来“最大的政治盛事”) hence easily became a frequent pick. Eclectic use of such citations is common and helps build the picture of strong China abroad. Indeed, Chinese reports make extensive use of speeches and their citations highlighting the positive value of such cooperation. Ljiljana Smajlovic, president of the Journalists’ Association of Serbia, stressing that China’s further presence in the region is “no altruism or giving charity, but a beginning of a profitable economic cooperation” may serve yet as another example.

It is widely suggested that any cooperation with China would pay off. Aim of such narration seems to be clear: Beijing is a respected and a respectable partner whose own development will bring positive outcomes to those who will cooperate. China National Radio, voicing mainstream information, lays emphasis on the mutual cooperation and linkage between China and Central and Eastern European countries by giving quite some space to Li Keqiang’s speeches: China is not only ready to increase its investments in the region […] but is also willing to increase imports of such goods manufactured in this region” (中方不仅愿意加大在中东欧国家的投资，[…]，而且也愿意更多的进口中东欧在中国有优势的产品). Chinese media not only underline the importance of the cooperation which will be mutually beneficial, but they also pay considerable attention to the facilitation of trade between CEE and China that this meeting helped to bring about. It is thought to possibly help improve regional infrastructure development in European countries affected with debt crisis. Indeed it is suggested to be a “win-win” cooperation as Chinese production capacities may find even more use in infrastructure projects in the region of CEE (中国有充足的制造业装备能力，可以就地在中东欧国家建厂，支持基础设施建设，同时也使中国富余的产能得到更多的利用，这是互利共赢的合作).

Host country and the rest did not seem to have enjoyed the equal amount of attention. Considerable space has been given to quotes of Serbian PM Vucic’s speeches to a number of media agencies, displaying the need of Chinese role in the cooperation process: “Vucic said Serbia is well placed to become the gateway between east and west, while China plays a central role in the global economy.” Such focus may, however, raise an awareness of how much space was given to Serbia. Being an aspiring candidate to become part of EU with comparably cheap labor force and good reach to other markets, Serbia might play a significant role among the CEE16, especially with regard to possible Chinese aims. Although it is being pointed out that premier Li did spend a certain and equal amount of time with all countries’ delegates, he publicly voiced his will to “to push strategic partnership between China and Serbia to a whole new level” (推动中塞战略伙伴关系迈上新台阶). Being involved in a number of infrastructure projects, China may hope to economically win a prospective member of EU over to Chinese side.

The whole meeting is presented regardless of ideologies and is commonly understood to be a success. Remarks on pragmatic (务实) solutions are common. Such use of language is traditionally linked to achievements and the same applies here. Final joint statement is seen highly positively and raises expectations of growing Chinese financial aspirations in this region that would be of course mutually beneficial. Even though it has been suggested that such meeting started taking place only recently, mutual relations are described as a long historically-proven tradition. Indeed, according to Chinese media, the whole region of Central and Eastern Europe is already experiencing growing Chinese attention. Overall evaluation of this meeting is highly positive and drawbacks seem to be out of place. China Daily, in their English coverage, also stressed the phone call of Li Keqiang with A. Merkel, ensuring her that the cooperation will be in accordance with “European Union standards and under the EU’s legal framework.” Whereas such standards do bother Western media, the Chinese ones give space to Li Keqiang’s assurances.