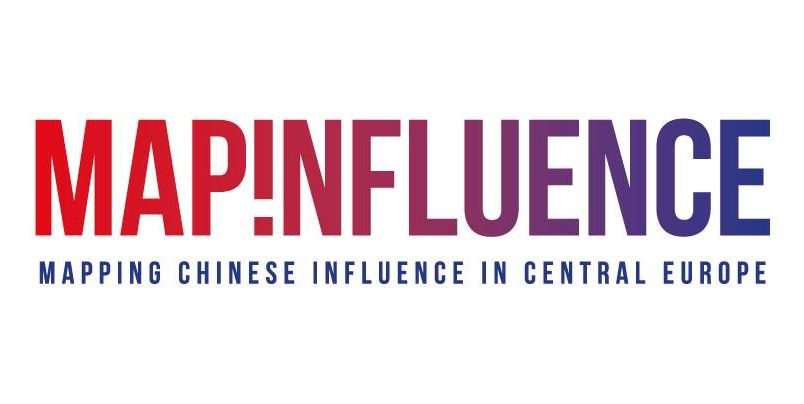 MapInfluenCE focuses on China’s influence in Central Europe, namely Czechia, Poland, Hungary and Slovakia, and intersections with influence of other, authoritarian international actors.

The internationally acclaimed project, known initially as ChinfuenCE (2017-2020), has utilized various tools such as media analysis to uncover who and why shapes the China discourse in the Visegrád countries, mapping of agenda-setters to reveal links between pro-China businessmen and local political elites, analysis of changes in political parties’ positions on China at the Czech and Hungarian Parliaments during since 1990, etc.

Through a variety of outputs (media articles, interviews, research reports, open as well as closed-door events and briefings of stakeholders), MapInfluenCE broadens and shapes expert as well as public debates on China’s influence and activities in the region of Central Europe. MapInfluenCE findings were widely quoted in European, US and Australian press, mentioned in e.g. US-China Economic and Security Review Commission’s 2018 Annual Report or the Reporters without Borders’ report on vulnerability of media, and presented at the European Parliament or to the delegation of US Congressmen and Senators. The original approach of MapInfluenCE set a tone and inspired journalists, think tankers and NGOs both within and outside of the region, who later conducted similar analyses on media image of China and agenda-setting, drawing from project’s methodology and techniques.

In 2020, in addition to the influence of China, the project began to focus on other influences of authoritarian regimes and expanded to include more analysts. Therefore, it changed the name from the original ChinfluenCE to MapInfluenCE.

MapInfluenCE is designed and run by the Association for International Affairs (AMO), a Prague-based foreign policy think tank and NGO. Project partners are CEIAS (Slovakia) and CEECAS (Hungary).

Project outcomes are available on a dedicated website MapInfluenCE.eu.