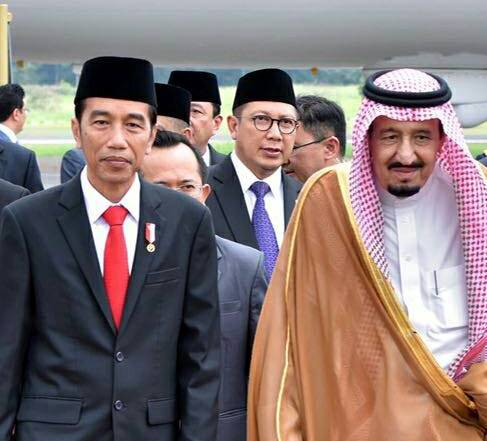 The Kingdom of Saudi Arabia has been, for decades, positioning itself as the leader of Islam. Since 2017, when King Salman visited Southeast Asia, Saudi Arabia has been engaging and enhancing cooperation with Muslim majority countries of ASEAN. However, empowering countries’ Muslim identity while linking it with the political legitimacy can have serious consequences to the ASEAN unity. 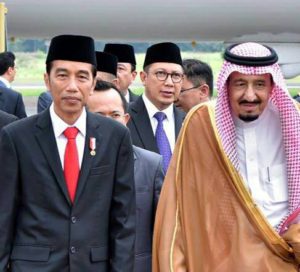 On February 2017, King Salman attracted the attention of foreign medias with his trip to Southeast Asia. Saudi Arabia is considered to be one of the main players in the Middle East with its large economy and oil industry. However, despite the country’s valuable company, ARAMCO, the Kingdom has been encountering many economic challenges. This gave birth to the ambitious strategy ‘Vision 2030’, which aspires to tackle shifts in the energy market, demographic changes within its population, and the need for reforms penetrating different areas of the market and society. Given total investment reaching $4 trillion to actualize a productivity-led transformation of the economy, many commentators have concluded that the main purpose of the recent Southeast Asian tour was to identify potential investors and future markets for the new exporting sectors.[1] However, when examining the list of visited countries, one cannot but notice the underlying trend which focused on Muslim-majority societies (Brunei, Malaysia, Indonesia), while leaving out countries that could be better choices when addressing the need for investments (Thailand, Singapore). This pattern hints at further incentives beyond the Saudi economic cooperation.

The current sectarianism in the Middle East and the political polarization of Sunni-Shia cleavage is at the heart of animosity between the two main competitors, Iran and Saudi Arabia. The renewed hostility in this long-standing conflict assumed a new level in 2016 with the suspended diplomatic ties between Riyadh and Tehran.[2] Since then, both countries have been countering each other in a number of proxies across the region and through escalated narratives, but mainly, the conflict has become the fuel of countries’ foreign policy. This means that Saudi Arabia is now trying to extend its influence in other Islamic countries by gaining allies and supporters of its Islamic regime which is seen in direct opposition to Iran. Even though economic cooperation and foreign investment can be often executed without any political consequences, the current Saudi behavior demonstrates ideological underpinnings of identity-motivated behavior and implies a cooperation based on new sets of premises, besides mere profit and investment.

Since its accession in 1967 to ASEAN, Indonesia has been one of its main economic and political powers. However, the biggest danger faced both by ASEAN and Indonesia is the strengthening of nationalist movements, which are challenging the country’s establishment and questioning Indonesia’s role in ASEN. The recent emergence of ethno-religious movements, however, can be understood as a continuation of the global trend of rising nationalism, this time involving Muslim-majority populations.

In 2017, after nearly five decades, King Salman visited Indonesia’s president, signing a new cooperation agreement.[3] Even though Saudi Arabia’s economic investment might seem to be ideologically free, for decades, the Kingdom has been recognized for its support of conservative Islam which stands at the heart of its sectarian politics. In fact, Saudi Arabia has been extending its soft power and influence in the region. Since 1980, the Kingdom has tried to export its understanding of Islam, Wahhabism, by extensive cooperation with Indonesia on projects like building mosques, Arabic language institutes, a free university in Jakarta, paying for supplies in boarding schools and supporting students to study in Saudi Arabia.[4] This kind of influence seems to work mainly because of the rising role of Islam in current Indonesian politics. Although Indonesia was built on secularism, the president, Mr. Joko Widodo, is trying to combine Islam and nationalism in order to retain national unity. Success of this strategy is supported by demonstrations- from the one calling for the imprisonment of the governor accused of blaspheming the Qur’an,[5] protesting the treatment of Rohingya during the anti-Myanmar rally,[6] to Mr. Joko’s meeting with the leaders of the two largest Islamic organizations to collaborate on the joint campaign.[7] Despite Indonesia’s historic presence in ASEAN, the strengthened role of Islamic identity accompanied by the new powerbroker, Saudi Arabia, indicates a new situation. Indonesia now has the incentives to maintain and strengthen Islamic identity, while hoping it will be rewarded with further economic cooperation. The first signs of such treatment include the newly-established cooperation in tackling terrorism, more scholarship-sponsoring Islamic schools and increased quotas for Indonesian pilgrims during hajj.[8] Whether the relationship will drive Indonesia to more Salafist teachings and stronger Islamic narratives is yet to be discovered.

While Malay relations with Saudis are predominantly based on energy cooperation, Malaysia also faces ethnic and religious challenges. The importance of Saudi Arabia has been increasing over the years with the politicization of Islam becoming the major concern over the so-called ‘Arabization’ of Malaysia.[9] Religion is now seen as influencing policy-making, the financing of educational institutions and religious organizations. Even Malaysia’s constitutional monarchs raised their concerns over religious divide in the joint statement[10] (in fact, Malaysia’s first Shariah-complaint airline and proposed bill on implementation of severe punishment hudud supported by current PM Razak Najib, speak for themselves). Although cooperation between the two isn’t something new, there have been important developments signaling interest of both countries to collaborate on different issues. One of them is the King Salman Center for Global Peace, a Saudi-sponsored center in Malaysia with the aim to counter radicalism and promote Islam. On security integration, Malaysia has joined the Saudi-led coalition Islamic Military Alliance to Fight Terrorism (IMAFT) operating from Riyadh.[11] When the IMAFT was launched in 2015, Malaysia denied joining the alliance and stated that it would only support it politically. In February 2017, however, it took part in a joint exercise in northern Saudi Arabia.[12] This shows its full support for countering terrorism as defined by the platform of Sunni-majority countries excluding Iran, thus reinforcing Saudi leadership in the region.

Positive & negative impacts of a new player in ASEAN

Given the importance of the common identity in ASEAN, the strengthened Islamic awareness in two large member countries naturally presents challenges when it comes to mutual responsiveness and trust.

The traditional power balance in the region is now challenged by the entrance of a new powerbroker with both economic and cultural influence. Given its economic power, it is able to stimulate other countries to act in its favor. Countries that choose to do so obtain economic benefits and an important ally, as well as legitimacy boosting their domestic agenda. In the case of Malaysia and Indonesia, both countries have taken wary stances on the South China Sea issue, trying to protect their national interest against China. Having Saudi Arabia as an ally could enable both countries to ease their economic dependence on China and allow them more strategic flexibility vis-a-vis the South China Sea issue. Such development can have positive and negative implications for ASEAN. On one hand, mutual trust between the two countries, cultivated through shared identity and religion, could result in strengthened support across the bloc and would provide ASEAN with opportunity to address difficulties on various issues. On the other hand, if interests of the countries are different, the lack of shared identity might lead to further challenges. A recent example is the Malaysian PM calling for condemnation of Myanmar’s ‘genocide’ of Rohingya.[13] The rhetoric surrounding the case directly called for the enforcement of the ASEAN Charter, which obliges member countries to protect human rights. Evidence of the united Islamic identity in the region include political rallies in Indonesia and Malaysia over the contentious issues of Rohingya and the US recognition of Jerusalem as the capital city of Israel.[14] Actions like these directly challenge ASEAN’s non-interference principle and oppose the idea of mutual consensus, sparking tensions across the region.

Saudi Arabia’s increasing involvement in ASEAN provides the bloc with two options to deal with its rising Islamic regional identity with fundamentalist tendencies. ASEAN can either react with renewed interest for more engagement and integration, or it can accommodate these in its policies. Failure to do so, and choosing to stick to its non-interference principle, ASEAN might face increasing tensions from member countries whose Islamic identity will drive them away from the bloc’s main interest – preventing conflicts.

[13] The Guardian (2016, December 4). Malaysia PM urges world to act against ‘genocide’ of Myanmar’s Rohingya. The Guardian. Retrieved from: https://www.theguardian.com/world/2016/dec/04/malaysia-pm-urges-world-to-act-against-genocide-of-myanmars-rohingya.