Behind the Huawei Backlash in Poland and the Czech Republic 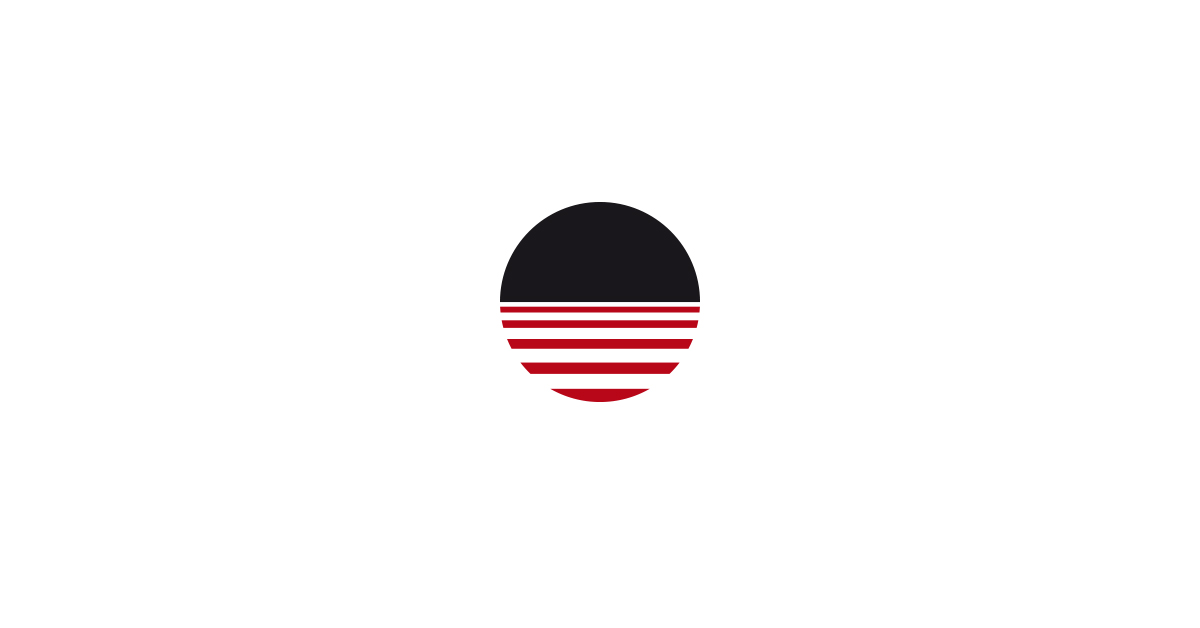 Both cases point to a deeper problem with China’s Central and Eastern Europe strategy.

The bold Huawei-related steps of Poland and the Czech Republic have attracted international attention. Yet these are only the most recent indications of the two countries’ growing frustration with China. The common denominator for both is the perception that they have few economic results to show for six-plus years of attempts to develop “pragmatic cooperation” with Beijing under the umbrellas of the 16+1 platform and the Belt and Road Initiative (BRI).

In the context of worsening U.S.-China relations and the international outcry against Chinese Communist Party interference (so-called “Chinese influence”), the two countries – both members of the EU and NATO, and with traditionally pro-Atlantic strategic directions – are becoming more cautious about their dealings with China. This situation creates a challenge not only to their bilateral ties with Beijing but also to the very development of the 16+1 platform, which includes China and 16 countries of Central and Eastern Europe (CEE). The platform must either abandon the purely congratulatory tone of its lavish events and address problematic aspects of the China-CEE relations or risk losing relevance when it comes to strategic relations between the two sides.

Poland and China: Strategic Partners on Paper Only?

The recent arrest of a Polish citizen and a Chinese regional director of Huawei in Poland, both accused of spying for China, might have surprised some. Not so long ago, Poland was seen as the leader of the bloc supposedly being “bought on the cheap” by Beijing. Yet, despite many efforts from Polish politicians across the ideological spectrum, Chinese investments have not materialized in the expected volumes. Sino-Polish trade relations are greatly asymmetric in China’s favor and actually tilted even further in this direction during recent years. After more than six years and a few Polish administrations trying in vain, Poland is now adjusting its China policy.

The espionage accusations were not the first indications of shifting attitudes toward China among Polish policymakers. First, during the 7th China-CEE summit in Sofia in July 2018, Poland was represented only by Jarosław Gowin (deputy prime minister and minister of science and higher education). Instead of joining his counterparts, Poland’s Prime Minister Mateusz Morawiecki participated in the 27th pilgrimage of Radio Maryja Family (a religious organization with a large following). The move seems to have constituted one of the first signals of Poland’s shift and it was presumably received as such in China.

Then in November 2018, Polish Minister of Defense Mariusz Błaszczak declared during an interview that China and Russia should be seen as “forming a coalition against the free world.” It seems quite telling that this remark was made right after his visit to Washington, where Błaszczak discussed the possibility of building a permanent U.S. military base on the Polish territory (the so-called “Fort Trump”). Similar remarks were made by Morawiecki during an international conference in Hamburg a couple of days later.

In December 2018, the Polish Ministry of Foreign Affairs released a statement condemning China’s commercial cyberespionage. The declaration was issued just two weeks before the arrest of Huawei’s regional director (Wang Weijing) and a Polish citizen following spying charges, which finally made international headlines.

Last but not least, three large public tenders related to infrastructure projects (two highway projects and the construction of a garbage incinerator), all initially won by Chinese companies, were eventually blocked by the Polish regulatory authorities in late 2018. It is well worth remembering that the Chinese infrastructure experience in Poland includes the infamous case of COVEC, which is still very much remembered in the country as well as beyond.

Simultaneously, the political implications of Chinese international economic expansion have begun to be perceived in the West as a growing threat. EU-China relations have also responded to this shift in perception, especially since 2016, when the German robotic company Kuka was acquired by a Chinese investor. What followed was a realization in Europe that China may be getting too much access to some critical technologies, triggering a process leading to the EU-wide investment screening mechanism set to be adopted in coming months. In the process, western European anxiety about China-CEE relations and the 16+1 platform only increased.

The Polish policy change described above can be partially attributed to the growing disillusionment regarding the results (or the lack thereof) of Warsaw’s repeated efforts to strengthen its ties with Beijing. It also fits into the larger picture of Polish priorities when choosing its international partners. The United States remains Poland’s most important international partner and given the growing tensions between Washington and Beijing, Warsaw needs to consider its own position in this triangle. It should be understood that it was never on the table for Poland to develop relations with China at the expense of ties with the United States.

Czech Republic and China: Less Than Meets the Eye

At first sight, Sino-Czech relations since 2013 might look like a success story. The two countries signed a strategic partnership agreement during President Xi Jinping’s visit to Prague in 2016. Czech President Milos Zeman is a frequent guest in China, and he gets special treatment at events including the 2017 Belt and Road Forum, the 2018 Shanghai Import Expo, or the celebrations of the 70th anniversary of the end of World War II in Beijing. There have been a number of Chinese acquisitions in the Czech Republic, including a football club, a brewery, a media group, a travel agency, real estate, and a financial group, altogether allegedly worth around 1 billion euros. Even some Czech businesses have been relatively successful in China, such as the traditional Czech car maker (owned now by German VW) Skoda car and the financial company Home Credit.

However, when looking closer, the situation is more complex. As in Poland, there has been a similar realization that attempts to profit from improving relations with China were futile. The Chinese acquisition spree in the Czech Republic was conducted by a single entity – the CEFC – and as it turned out later, it was driven by debt-financing. In 2018, the company’s chairman, Ye Jianming, was arrested in China; another CEFC representative, Patrick Ho, was convicted on corruption charges in the United States; and the company’s assets in the Czech Republic were taken over by CITIC, the Chinese state-owned investment vehicle, which had to cover the existing debt of CEFC. CITIC’s entrance also finally resolved the discussion about whether state or private interests had  been behind the unusual series of acquisitions, confirming to Czechs the bitter reality that it is now officially the Chinese state holding the portfolio.

The whole experience with CEFC is referred to in the Czech Republic as a “fiasco.” Similarly to the COVEC case in Poland, this experience will have important implications for the future as local businesses will be much more cautious when engaging with Chinese counterparts.

Even remaining instances of economic achievements are questionable. The successes of the Home Credit company in China, for instance, brings little to the Czech economy as the company is registered and pays taxes in the Netherlands, despite being owned by the richest Czech, Petr Kellner, via the financial group PPF. As Kellner’s company publicly takes credit for the Czech policy adjustments regarding China, many ask what the Czech Republic gets in return.

In the meantime, the Czech political situation changed during the previous year after the new government of Andrej Babiš was formed. Given the context discussed above, Babiš seems to have less interest in pushing for further development of relations with China. Moreover, since 2018, the new Czech Minister of Foreign Affairs Tomáš Petříček has seemed to reaffirm support for human rights to return as the traditional topic of Czech diplomacy, after being deprioritized to some extent by the previous government from 2014 to 2017.

At the same time, the Czech security institutions accelerated their warnings of China. The Security Intelligence Service has been calling out Chinese intelligence activities in the country for years in its annual reports. Now, the newly formed National Cyber Security Center issued a warning in December 2018 against Huawei and ZTE products based on the legal and political conditions in China that require those firms to cooperate with intelligence services. The critical infrastructure of the Czech Republic is now obliged to address the issue. As a result, Huawei was already precluded from competing in a tender to build a tax portal.

To make things worse, the day before Christmas the Chinese ambassador met informally with Prime Minister Babiš. The Chinese Embassy webpage interpreted the meeting as if Babiš had backpaddled on the security warnings. This provoked strong reactions from the Czech government and the Ministry of Foreign Affairs, with Babiš himself saying that the Embassy had “lied.”

Conclusion: Troubles Ahead for the 16+1 Platform

Poland and the Czech Republic are among the most important countries within the CEE, occupying the positions of the first and second largest Chinese trading partners in the region. The shifting of their positions is, therefore, an important change in the balance within the group of 16 CEE countries, leaving Hungary and Serbia as lonely enthusiasts when it comes to relations with China. The changes in Poland and the Czech Republic are influencing the whole standing of the CEE region vis-à-vis China.

The 16+1 platform was established in 2012 and since then the 17 prime ministers meet annually. There is also a wide network of various forums and events. One might expect that this mechanism will now be utilized to address some of the thorny issues, namely the perceived security and political implications. However, the existing evidence so far suggests not to expect much, since the platform has not even been able to enhance the economic performance, which can be regarded as a less sensitive issue. Moreover, although the established mechanism seems impressive and includes what appears to be “sectoral dialogues” in any thinkable field, in reality, the existing events do not offer much besides the exchange of customary diplomatic statements. These dialogues rarely include more high-level representatives of the CEE countries besides China and the host country.

In this way, the 16+1 platform might well have proved that China and CEE countries are fair-weather friends. At the same time, there is probably little interest on either side to formally downgrade the partnership. Hence we may be observing in the years to come a slow decrease in relevance of the 16+1 platform.

Richard Q. Turcsányi is an Assistant Professor at Mendel University in Brno; a Senior Researcher at Palacky University Olomouc, and Program Director at the Institute of Asian Studies in Bratislava. The text was produced as part of the ChinfluenCE project (www.chinfluenCE.eu), run by Association for International Affairs (AMO).

Alicja Bachulska works as a Chinese politics analyst at the Asia Research Centre, War Studies University in Warsaw. She is also a Ph.D. candidate at the Graduate School for Social Research, Polish Academy of Sciences. She is a School of Oriental and African Studies (SOAS) and Fudan University alumna.

This article originally appeared in The Diplomat.