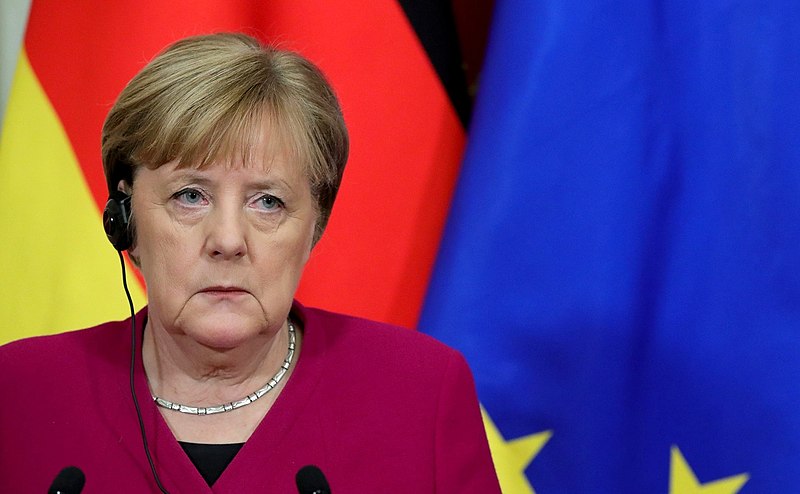 Much talk has been in the media recently about China gaining the upper hand in the Sino-German relationship. Facing economic disruptions stemming from the coronavirus epidemic in China, it is a good time to look back and identify how both countries arrived at this level of interconnectedness, how the asymmetry in their relationship developed and what it means for CEE countries.

The global financial crisis (GFC) that erupted in 2007-2008 and the ensuing great recession hit both countries particularly hard as they were deeply interlinked in the global economy and export oriented industries were their economic engines. The steep decline in global trade was reflected in the steep drop in both countries’ GDP.

Despite similar orientation of their economies towards export manufacturing, their responses to the crisis differed significantly. Germany chose to focus more on addressing immediate issues – it stabilized its banking system and the stimulus package it devised consisted mostly of welfare measures that helped alleviate increases in unemployment and prevent a drop in consumption. These measures made Germany well prepared for the time when the global economy picks up the steam again, since people kept their jobs and skills were preserved. However, Germany did not provide the impetus that would restart economic growth and waited until demand came from abroad.

On the other hand, the much larger fiscal package devised by China – six times higher in relative terms than that of Germany – was spent on infrastructure building, funding for state-led as well as private investment, and development of targeted industries. Together with similar packages in the United States and Japan, it provided the much-needed stimulus for the global economy and created a strong rebound in the global trade.

This was very quickly reflected in Germany, which initially contracted by 5.6% in 2009, but grew by 4.1% in the next year. Great majority of this economic growth was recorded in export-oriented industries, and in 2010, the largest increase in export went to China, followed by the United States. Germany thus became dependent on the global business cycles and its post-crisis success, while based on welfare-oriented policies, would not be possible without fiscal policies in China and the United States.

However, this was not how the Germans saw it and during the Eurozone crisis, politicians from the EU’s largest country used their newly found economic power to dictate conditions to their smaller neighbors. Paradoxically, their much vaunted policies of austerity had two-fold impact on European countries.

Austerity led surplus countries, such as Germany, to look for new markets for their exports outside of the Eurozone, as the southern periphery’s purchasing power decreased. The need to record ever-larger surpluses and the refusal to support the European economy by fiscal spending (cue Schuldenbremse, debt brake) resulted in increasing dependence on demand from the US and China.

On the other hand, austerity left deficit countries without tools to stimulate their economies and they were thus left looking for outside investment. The investment flows from other EU countries remained low and in the initial stage, the ECB was under the control of German economists refusing to consider a monetary stimulus. Hence, the countries increasingly engaged investors from outside Europe, particularly those from China, Russia and the United States.

Economic policies that dominated in Europe during the crisis period acted as the push factor for individual countries’ engagement with China. In response, China pursued a number of policies to address these calls for investment and closer trade relations. Among others, it encouraged and helped its companies in investing in Europe, unleashing a stream of M&As, predominantly in Western European countries. China also set up the (then) 16+1 platform to explore economic as well as political opportunities in the region of Central and Eastern Europe.

Observing the number and size of investment in Western Europe and being constantly reassured that Chinese investment wave will inundate their region as well, CEE leaders set high expectations for this cooperation. However, the laws of economics kept Chinese investment at bay, turning Chinese upbeat statements into empty promises and CEE countries’ hopes into disillusionment.

At about the same time as disillusionment spread across CEE, the 16+1 platform’s most vocal critic, Germany, softened its stance on China. Having held the title of Exportweltmeister for over a decade not only filled Germans with pride, it also made them dependent on their main export markets, China and the United States. Leaders in the world’s two largest economies understood the advantage they have accumulated vis-à-vis Germany and started using it to advance their political as well as economic goals.

Germany’s dilemma is best demonstrated in the debate on building 5G infrastructure and the role of Huawei, a Chinese telecommunications giant. Germany’s automakers, traditional drivers of German China-policy, push for continuation of a no-frills attitude and accepting Huawei, while the intelligence community is worried about the risks Huawei’s acceptance would pose to Germany’s cybersecurity. Chinese diplomats have openly hinted at potential economic damage to German companies, should Huawei be excluded.

Despite facing open pressure from the Chinese and Americans, German politicians kept steadfastly refusing to change their approach towards macroeconomics, rejecting any approach that would allow them to decrease the leverage in hands of China and the US. Instead, it appears the German policy towards both countries reverted to Angela Merkel’s time-tested approach of muddling through, adjusting their policy actions based on situational needs and treating strategic thinking as a think tankers’ favorite pastime activity.

While observing the change in Germany’s fortunes makes it tempting for pundits in CEE to revel in Schadenfreude, the lack of strategy and direction, rigidity in macroeconomic analysis and slow adaptation to changing geo-economic environment on the part of their major trading partner should rather make them worry.

As the brief sketch of German post-GFC development shows, Germany narrowly focused on safeguarding its own job market and stabilizing its banking system; the contribution to restarting economic growth in the region was negligible. Discarding the idea of being a hegemonic stabilizer in the region, Germany rode out of the crisis on the waves of Chinese and American stimuli, and used its newly found power to dictate unfavorable conditions to its weaker neighbors.

Ironically, Berlin-imposed austerity created centripetal tendencies, as the direction of trade and investment flows went opposite to the direction of European integration. Not only did Germany became dependent on the whims of the Chinese and the Americans, the prospect of increased trade and investment from China emboldened some of the smaller European countries to challenge Germany on a number of issues within the European Union.

Hence, Germany used the newly gained power to weaken itself.

Due to the strong export dependence on China, a potential downturn in Chinese economic activity due to the coronavirus mayhem will be quickly transmitted to Germany and the countries within Germany’s manufacturing cluster. History tells the CEE countries that they should not count on response from Germany that would consider the needs of its closest neighbors. Instead, Germany is likely to fend them off just as it did a decade ago.

However, a weaker China may no longer be able to get Germany out of the recession. Nor should the CEE countries hope that China would be the white knight providing them with the much wanted investment. Instead, the only action keeping them away from a recession would be a change in German policy towards fiscal spending. However, the odds remain on the level of a miracle.

The article was originally published by CHOICE (China Observers in Central and Eastern Europe).