China and the Afghan peace process 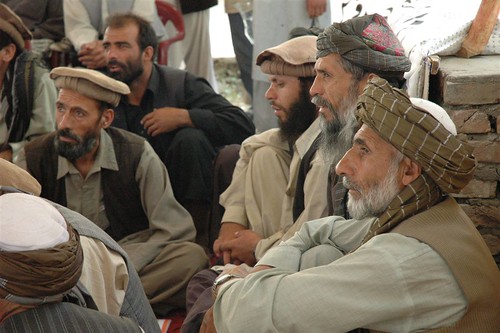 On 17 September 2019, the United Nations Security Council (UNSC) extended its Assistance Mission in Afghanistan (UNAMA) until 17 September 2020. The extension came amid the collapse of the US ‘‘peace talks’’ with the Taliban which sought to bring an end to 18 years of conflict in the country. While many expected the deal to be finalized by September 2019, rising opposition within the Republican party as well as the Taliban’s continuous attacks on the civilians pushed President Trump to kill the negotiations –  at least for the time being.

The resolution which extends the mandate of the UN in Afghanistan has been subjected to the controversy over the language it uses to describe China’s ‘‘belt and road’’ initiative (BRI) in the country. The standoff between China and countries that objected to explicit reference to the BRI in the resolution was the main reason why in March 2019 the mission’s mandate was extended only for 6 months instead of a traditional one-year period.

The current version finally extends the UNAMA for a year and highlights its support for ‘the Afghan-led and Afghan-owned peace process’, nonetheless, it makes no reference to China’s BRI. Days prior to the UNSC meeting reports spread about China’s intention to block the resolution. This led to the delay of a planned vote in order to allow for more time to negotiate. Finally, the mission was extended including China’s support in the UNSC.

For the past few years, UNAMA’s resolutions included references to China’s BRI as a way to improve the country’s economy and facilitate trade. The sudden move by some of the countries which sought to remove the BRI reference was then seen in the eyes Beijing perceived as an attack on China’s interest. The question is why did China let the resolution pass instead of proposing a vote on a technical rollover that would allow the UNAMA to keep operating while gaining China more time to renegotiate the language?

China has been expanding its economic footprint in Afghanistan. As the US-led negotiations with the Taliban were constantly criticized by various sectors, Russia and China emerged as a potential counterbalance given their high stakes in Afghanistan’s stability. China’s role specifically has been often discussed in regard to its Belt and Road Initiative. The Afghanistan-China air corridor, the new cargo train between Yiwu and Mazar-e-Sharif and Chinese companies under the CASA-1000 projects are examples of China’s active economic engagement in Afghanistan. However, over the years China has also managed to cultivate a pragmatic relationship with the Taliban which puts it in the position to become a serious broker in the negotiations. In fact, as the US-led talks collapsed, China was one of the countries immediately visited by the Taliban delegation in order to discuss the current situation in Afghanistan.

Another ingredient behind Beijing’s commitment to Afghanistan’s stability is worried over Uighur militants linked to the Turkistan Islamic Party (TIP). In this regard, Afghanistan is a part of China’s wider regional strategy which also includes Pakistan and tries to achieve stability through economic development.

As the 2019 presidential elections in Afghanistan finally take place, China must do everything that helps to maintain stability given that further chaos is not in anyone’s interest. This includes supporting the UNAMA resolution and accepting more cryptic reference to the BRI as the resolution supports ‘‘regional cooperation, with a view to promoting stability and peace’’ and promoting ‘‘regional cooperation and connectivity’’. Although references to the BRI, CASA-1000, and TAPI has been dropped, the overall framework is preserved. China’s decision to unblock the resolution thus signalizes its willingness to play a constructive role in the peace process in Afghanistan while recognizing the fragile security environment in the country. Whether this willingness will be materialized into more specific outcomes remains to be seen.