China is raising its flag in Central and Eastern Europe 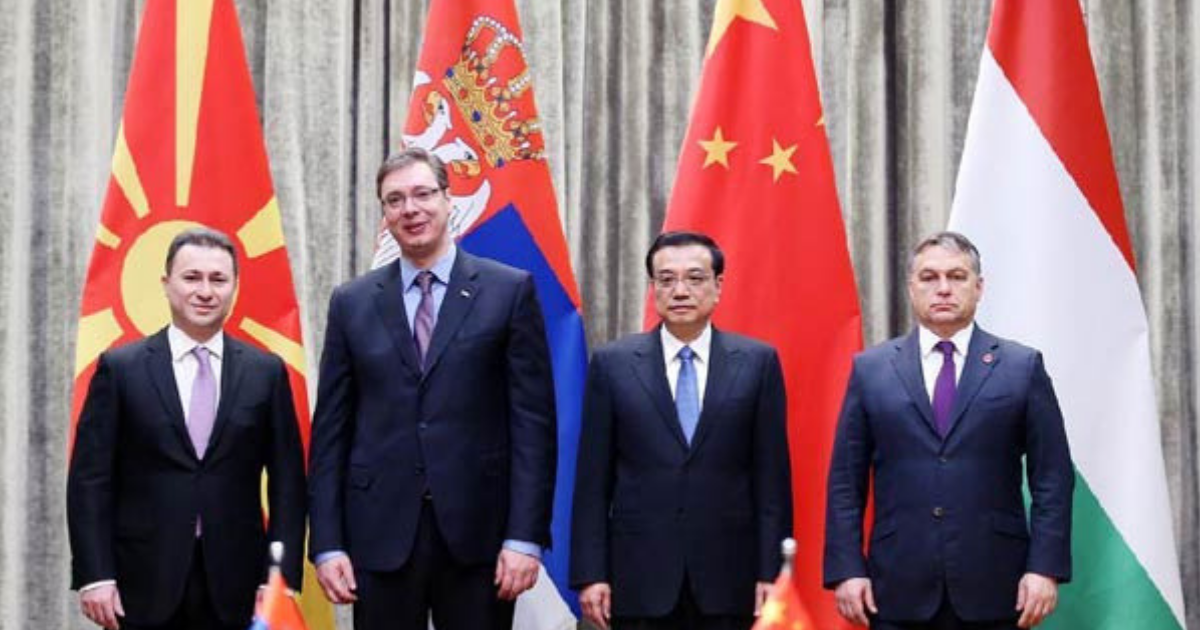 Ever since its inception in 2012, the Chinese-led ‘16+1 platform’ between China and 16 Central and Eastern European (CEE) countries has attracted a considerable amount of criticism in Western Europe for allegedly undermining EU unity.

One of the most-spouted pieces of ‘evidence’ for the allegations is that Hungary has vetoed some EU motions that were critical of China, such as those regarding the treatment of human rights lawyers or the Belt and Road Initiative.

But Hungary is not the only EU member who has blocked common EU stances on China. Greece — which is not in the 16+1 platform — has done so as well, for instance in the EU’s response to the South China Sea arbitration ruling.

The remaining 10 EU members included in the 16+1 platform differ significantly in their dealings with China. Even Poland, which takes Hungary’s side at times, has quite a different approach to Hungary in its China policy.

Despite the lack of obvious political influence in CEE voting habits, the fear seems to be that China can leverage its economic role in the region (gained in part through the 16+1 platform) to obtain political favours. Yet economically speaking the CEE region is much less dependent on China than it is on the rest of the European Union.

Hungary has received the largest amount of Chinese FDI in the region, but that is due to a single acquisition by Wanhua Group, and the deal was finalised before the platform was established. No significant Chinese investment deal has been concluded in Central and Eastern Europe since then, and many projects are just floated without any apparent steps taken, are delayed (such as the Budapest–Belgrade railway) or are criticised (such as CEFC activities in the Czech Republic).

At the recent Sofia summit, Chinese Premier Li Keqiang ended by saying that more CEE products will be exported to China. But increasing trade is hardly a new idea: in 2012, then premier Wen Jiabao announced the initiation of the 16+1 platform and put forward a goal of reaching US$100 billion in mutual trade by 2015 (which would have meant roughly a doubling of the trade level at the time). China–CEE trade still stands below this milestone: it stood at US$90 billion in 2017. Some CEE countries (including Hungary, interestingly) have even seen their trade with China stagnating or decreasing.

Indeed, the 16+1 platform is very unlikely to affect China–CEE trade. The majority of CEE goods are re-exported from other EU countries to China as part of regional and global value chains, and direct exports are conducted almost exclusively by corporations. Bilateral and regional political initiatives have little potential to influence either of these two avenues of trade.

All in all, it is far from clear that China is to be blamed for ‘dividing Europe’ with its 16+1 platform. China lacks the economic leverage in the region to do so, and there is little persuasive evidence that China is ‘scoring any points’ with the 16+1 platform in swaying EU votes in its favour. Internal European dynamics can far more easily explain Greek and Hungarian behaviour towards China.

The 16+1 platform constitutes neither an economic revitalisation of China–CEE relations nor an attempt to ‘divide and rule’ the European Union. Instead, the 16+1 platform is simply supposed to ‘raise the Chinese flag’ in the region, possibly contribute to Chinese soft power and perhaps establish more hospitable soil for future needs. In other words, China wants to be recognised in Central and Eastern Europe, even though its actual role when measured by economic, military or political impact might be more limited than many realise.

Richard Q Turcsanyi is a Program Director at the Institute of Asian Studies, Bratislava. He is also an Assistant Professor at Mendel University, Brno and a Senior Researcher at Palacky University, Olomouc. This text was developed as part of the ChinfluenCE project. This article was originally published on The East Asia Forum.