Chinese influence in V4: Understanding the impact on political elites 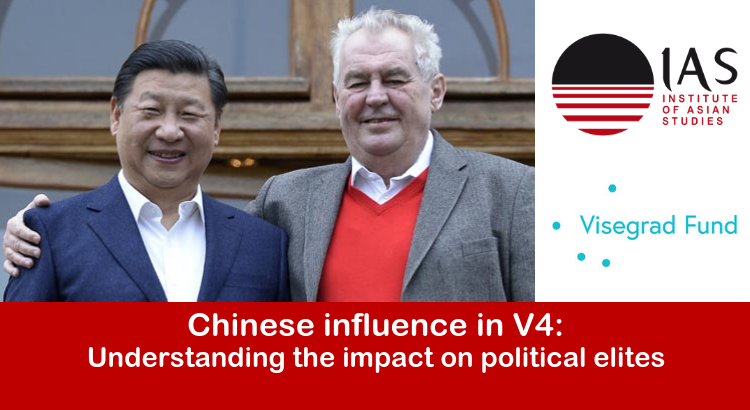 Influence of foreign, authoritarian regimes is increasingly a hot topic in EU. V4 is no different from the rest of the EU in this regard. However, most of the attention was so far focused on Russia.

With few exceptions, China and its influence has been so far largely ignored in the V4, despite the fact that analysts around the world predict that China is on a path to become the most powerful country in the world. With this project, we aim at mapping the ideas and perceptions the V4 political elites have about China, how they are formed (by what factors), and whether they perceive China as a threat or an opportunity.

This is is a whole new avenue of China related research, that has so far not been done in the V4. Most research that has been done so far in V4 on China has dealt with the specifics of the relations between China and the individual V4 countries (such as tracking individual investment projects). Political influence of China in the regions has been mostly neglected though.

The only contribution to understanding political influence and perception of China in the V4 has been done by the consortium partners in this very project through the ChinfluenCE project, which has analyzed the media image of China in V4 and economic influence in V4. The presented project proposal is a natural extension of the past research endeavors of the consortium partners.

Moreover, the project will contribute to bringing transparency into the realm of the foreign policymaking, which has so far been lacking when it came to formulating the interests of V4 countries towards China.

This project is financially supported by the International Visegrad Fund