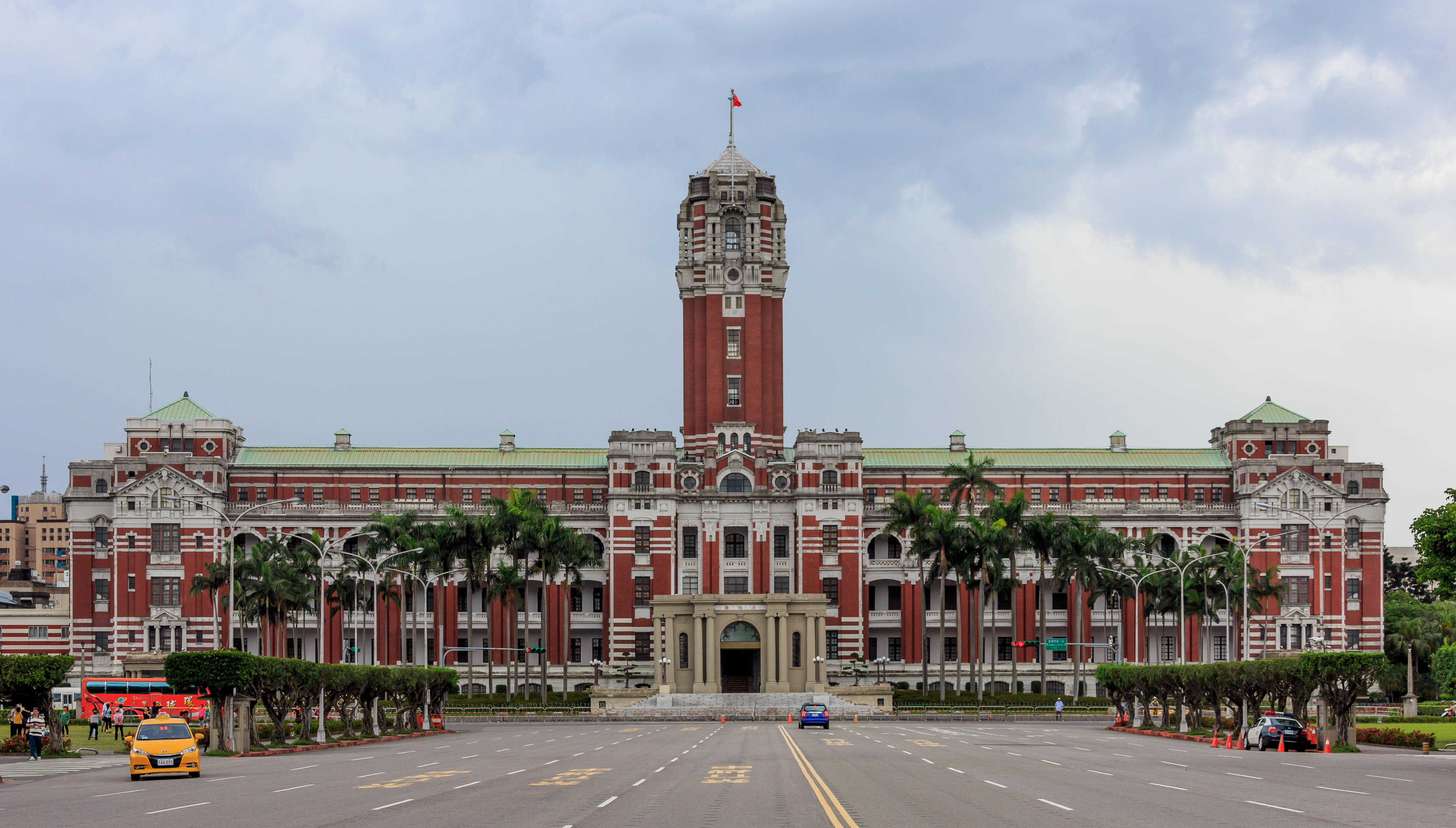 After Tsai Ing-wen’s re-election in Taiwan, Chinese state media commented on the result with disappointment, accusing Tsai of using “dirty tactics”, criticizing Washington for constant interference in the regional leadership election, and reiterating Beijing’s consistent and firm stance against any pro-independence movement in Taiwan. Vocal groups of Chinese netizens expressed their disappointment over China’s policies that have failed to bring results, calling Beijing to take action and unify the island with the “motherland” by force.

In recent years Beijing has been pushing its reunification agenda and building up pressure on Taiwan, not only proposing its 31-measure plan to eventually reach peaceful reunification under “one country, two systems” policy but also paying Taiwanese media for positive coverage in an effort to win hearts and minds of the island’s people, “luring” Taipei’s diplomatic allies and conducting military drills in Taiwan Strait. Beginning of 2020, however, brought Taiwanese President Tsai Ing-wen’s re-election by a substantial margin, showing most of the Taiwanese voters oppose closer ties with mainland China or altering the status quo and support Tsai’s pro-independence stance. China might be losing its battle as in her victory speech Tsai Ing-wen called her re-election for another four-year term proof of “a very little appetite for one-China concept” among Taiwanese people and urged Beijing to abandon its threat to invade and take the island by force.

Chinese media were covering the topic of the Taiwanese election very closely. The official reaction of China’s Foreign Ministry on Taiwan’s election results was repeatedly highlighted in Chinese state media including People’s Daily and CCTV after the victory of Tsai Ing-wen had been announced. Beijing called on the international community to respect the notion that there is only one China and refrain from any official contacts with Taipei. Similarly, a statement given by Ma Xiaoguang, the spokesperson of the Office for Taiwan Affairs under the Central Committee of the Communist Party of China and the Taiwan Affairs Office of the State Council, was also cited by the official media. Ma highlighted „peaceful reunification“ and „one country, two systems“ are the fundamental guideline for seeking a solution to the Taiwan question and resolutely opposed any form of Taiwan independence secessionist activities which he called “the biggest threat to peace and stability across the Taiwan Strait and the greatest scourge to the interests and wellbeing of people on both sides of the Strait”.

State media: Nothing has changed, China is firmly in control of cross-strait relations.

While some media simply reported Tsai Ing-wen’s re-election as a leader and emphasized official Chinese rhetoric supporting peaceful reunification and cooperation among all Chinese people, other reports pointed out the alleged foreign interference in the election and discussed some of the „dirty tactics“ used in the vote, accusing the Taiwanese president of cheating or repression. Even before the Taiwan leadership election took place in January, an English-language Chinese newspaper Global Times had warned against the US trying to “meddle” in the island’s election.

After the election, Xinhua News Agency published a commentary saying that Taiwan’s election was obviously largely controlled by “external dark forces” and that Tsai Ing-wen’s continuous rule on the island was worrying people who call for peace and stability in the Taiwan Strait and peaceful development of cross-strait relations. “The basic pattern of development of cross-strait relations will not change due to this one election. China is firmly in control of cross-strait relations. Taiwan independence is a dead end,” reads the commentary, using Xi Jinping’s words in response to a claim made by Tsai Ing-wen that Taiwan was already an independent country and Beijing needed to face the reality. Chinese netizens did not leave the news unnoticed and some commented quite aggressively, defending the one-China policy and calling for reunification. Some also commented on the results in conjunction with ongoing protests in Hong Kong: “Without the chaos in Hong Kong, Han Kuo-yu might have won,” said one of netizens while another pointed out that historically “China’s reunification was always dependent on the use of military force”.

Global Times as well backed up the official narrative in its experts‘ analysis, highlighting Washington’s interference in the election process and warning against any pro-independence moves as well as commenting on the connection between Tsai Ing-wen’s re-election and protests in Hong Kong. Besides, another article explains Tsai’s success by the DPP demonizing mainland China and intimidating the people of Taiwan. “Tsai’s authorities are able to maintain their rule by playing tricks to woo voters, but they are unable to tie the Taiwan society to the chariot of Taiwan secession,” reads the article once again stressing out the importance and “inevitability” of reunification under the rule of the CCP. “If Tsai and the DPP authorities are to lead the island toward the opposite direction, history will label them as a sinner of all Chinese people.“

Taiwan.cn also published a commentary on the Taiwan election result, asking whether there was still hope for peaceful reunification of the “motherland”, analyzing reasons of Tsai’s success in securing her second term and calling the election “the most filthy leadership election in Taiwan’s history”. “Overspending, vote-buying or using a ‘cyber army’ to attack opponents and gain support” are among the reasons why the first Taiwanese female president was able to beat her Kuomintang rival Han Kuo-yu, said the commentary pointing out that Tsai was also using other tougher methods of building an atmosphere of “green terror” or using “hostile external forces” to secure her re-election. People’s Daily reposted the commentary on its website. Many netizens also joined the comment section under the same repost on the Sina website. Some cited Mao Zedong’s words calling for Taiwan’s liberation and return under the mainland rule, others pointed out that thinking about peaceful reunification is rather pathetic and foolish as it is clearly not the only option. “If there is no hope for peaceful reunification, why not capture Taiwan by force?” reads one of the many comments. “Reunification and Taiwan’s long-term stability depends on the People’s Liberation Army!” says another adding that mainland China needs to solve the Taiwan question as soon as possible.

Netizens: The press is lying. Reunification can be fulfilled only by military force!

Similarly, netizens’ comments on Weibo support the „one China“ principle as a fundamental bedrock, many expressed their hope for an early reunification and some also their frustration with the election results. “Congratulations to Tsai, I hope Taiwan will be left with exactly zero diplomatic allies at the end of her second term,” reads one of the comments while others mock Tsai Ing-wen calling her another “province governor” and point out that reunification is approaching very quickly, indicating that armed forces might solve the Taiwan problem if the DPP dares to move towards independence. Besides comments defending „one China“ policy and supporting reunification, many of the Chinese netizens’ criticism was also fully reflected on Weibo as many of them pointed out that Chinese state media had been misrepresenting the situation in Taiwan and false reporting on the local election. The official narrative claimed that a large majority of Taiwanese support unification with the Chinese mainland and called Tsai unpopular, creating a perception of “anti-China wing” to be marginal, which both turned out to be false after the election result had been announced.

“It is clear that there is no hope left for peaceful reunification. It is time to wake up, it can be fulfilled only by military force!” says one of the many comments calling Beijing to take action. Others also spoke out for ending the policy of economic benefit for both Taiwan and Hong Kong, abandon the “one country, two systems” policy and consider implementing “one country, one system” policy instead. In response to those calls, Global Times editor Hu Xijin posted on Weibo warning that such a step could provoke a war between China and the US resulting in huge military and economic risks. “Even in case we decide to employ military force, we mustn’t pull the flag of ‘peaceful reunification’ down,” he said asking the netizens to calm down.

Klára Dubravčíkova is a Research Fellow at CEIAS.