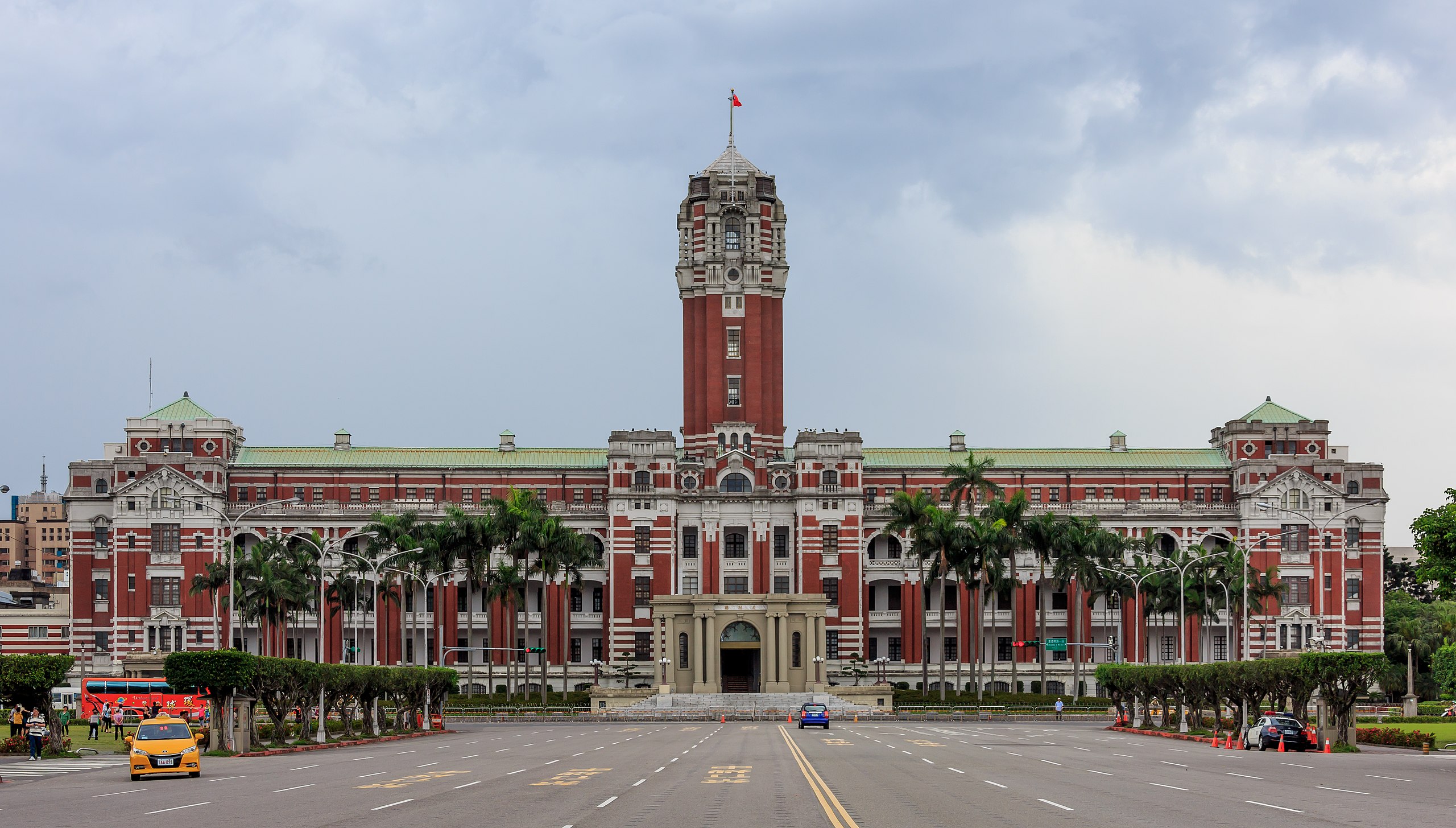 As the frequency of bilateral visits between Slovakia and Taiwan has increased, Slovakia has gradually gained a reputation in the Chinese media as a “troublemaker country” . To diminish the importance of the most recent visit by a  Slovakian delegation to Taiwan, Chinese  media featured headlines suggesting the visit was a fiasco.

A delegation of Slovak MPs and several local government representatives arrived in Taiwan on 5 June 2022 for a visit aimed at promoting parliamentarian interactions and city-to-city exchanges, as well as bilateral cooperation in areas of economics, trade, and technology.. The Slovak National Council Deputy Speaker, Milan Laurenčík, who led the delegation, said on arrival that the visit is proof that Slovakia supports Taiwan. During their six-day stay, the visitors met with President Tsai Ing-wen and other senior Taiwanese government officials, including Premier Su Tseng-chang, Legislative Speaker You Si-kun, Foreign Minister Joseph Wu, and Kaohsiung Mayor Chen Chi-mai.

According to reports in Chinese media,the Slovak delegation was a group of “unpopular politicians” invited by President Tsai  “to create a pretense that the international community supported Taiwan independence and to sway public opinion on the island.” According to other  media reports, the only reason the Slovakian delegates visited Taiwan was to gain financial benefits from the island’s ruling Democratic Progressive Party (DPP). This kind of criticism followed the news of a Taiwanese opposition-affiliated official questioning whether the nature of the Slovak delegation was official, as well as  allegeding public funds were wasted by  Taiwan’s government.

Not only this, the Chinese media focused widely on the controversial staged „fight“ in Taiwan’s Legislative Yuan, which one article compared in one commentary to the behavior of “monkeys in a circus”. Global Times, an English-language daily tabloid under the auspices of the Chinese Communist Party, ridiculed the brawl by quoting a Taiwanese internet users upset by the scene and Zhang Wensheng, deputy dean of the Taiwan Research Institute at Xiamen University, saying “the Slovakians‘ move was clearly a frivolous scoff about Taiwan’s so-called democracy, as it is the one definitely to be avoided in a mutual-respect relationship.”

The Chinese press, however, overlooked one of the real achievements of the visit: – the signing of the Arrangement on judicial cooperation in civil and commercial matters. This agreement is the first of its kind signed by an EU country with Taiwan, giving both parties a comprehensive framework for cooperation on judicial issues, which should help Slovak and Taiwanese businesses in their future exchanges.

Why is Slovakia acting as a second Lithuania?

Slovakia and Taiwan have been deepening their relations over recent years, as shown not only by the number of bilateral agreements and visits, but also by instances of meaningful support. For instance, Slovakia supported  the ever-highest-level diplomatic visit to Taiwan from the Czech Republic, led by Miloš Vystrčil, the Senate president, in 2020. It also voiced its support for Lithuania’s decision to engage closer with Taiwan in 2021. Last year, Slovakia sent a delegation of high-ranking government officials to Taiwan and received one led by the island’s foreign minister. Along with Joseph Wu, an economic delegation of 66 members led by Taiwan’s National Development Council’s Minister Kung Ming-hsin visited Slovakia to boost economic and trade cooperation. Since then, Slovakia has become known in Chinese media, as “a habitual offender on the Taiwan issue”, which is in obvious contrast with the image it had in previous years.

According to an article published under a profile of the National Defense News, this shift in Slovakia’s position on China and Taiwan is the source of some confusion. “Slovakia is a small European country with no contradictions with China in the past. Not only that, Slovakia used to be one of the countries with the best relations with China in Central and Eastern Europe. The country was firmly supportive of the one-China policy in the past few decades,” it stated, before asking: “Then why is Slovakia acting as a second Lithuania now?”

Apart from the already mentioned claims that the Slovak officials fell victim to Taiwan’s dollar diplomacy, Chinese media offers several explanations in line with the standard Beijing narrative. For instance, they blame it on democracy, which as a result makes Beijing’s authoritarian system appear superior in the eyes of its domestic audience.

“Slovakia is a typical Western democracy, and the actions of some officials may not represent the will of the whole country,” according to the same article of the National Defense News. Moreover, as an opinion article argues, the position of the Slovak officials does not revolve around national interests but around votes. Hyping the Taiwan issue allows  them to gain more exposure domestically, it is claimed.

But more importantly, it would also allow them to please the United States. The US-China rivalry provides Beijing with a very useful rhetoric go-to by stressing the leading role of the Americans in luring Beijing’s partners into an alleged ‘anti-China club’. Moreover, with the recent Russian war in Ukraine, antipathy for the US and the West, who are largely blamed for the conflict dominates the discourse, has added an layer to the Beijing narraive “Slovakia is one of the most radical anti-Russian countries in Eastern Europe, and the radical anti-Russian policy also determines that they must hold on to the thigh of the US, otherwise their security will be difficult to guarantee,” the above mentioned op-ed article stated. “Suppose such a small country is willing to be anti-Russian and possibly anti-China. In that case, they will naturally be looked upon differently by the US and will be trained as anti-China pioneers.”

Slovakia is just a small country

Although Slovakia has been intensifying its interactions with Taiwan, this has been still within the norms of what is acceptable to Beijing. It is, however, clear to China that the rapprochement has been happening alongside a much wider warning of relations between Taiwan and European states  Justifying such a reality might be easier when it comes to individual member states, whose size and international weight do not matter at a first glance. As such, the narrative in Chinese media diminishes Slovakia’s international importance to create the impression of dealing only with a minor problem. According to one article, “Slovakia has no means to support Taiwan at all. But Slovak officials are well aware that Taiwan is eager to seek the so-called international space, so the Slovaks only need to shout slogans, and the Taiwan authorities will take the initiative to offer benefits.”

Similarly, derogating Slovakia’s interactions with Taiwan seems to feed the narrative that everything is under control. “The Taiwan authorities cannot offer enough benefits in exchange, and no country will be willing to take the risk of offending China for the so-called values,” reads the same article. “Slovakia is just a small European country with a population of about 5 million. Its strength, as well as its understanding of Taiwan, are limited.”

While it is true that Slovakia is a small country and, by itself, cannot  provide vital support to Taiwan, perhaps it should not be forgotten that not so long ago one such a small country got very close with Taiwan at the expense of its relations with Beijing. Lithuania even quit the long ineffective 17+1 cooperation platform, inspiring the Czech Republic to now reconsider its own membership. While the official Beijing narrative considers this “selfishness and shortsightedness of Czech’s anti-China politicians”, it might well be a sign that ‘small, insignificant’ actors together could mean quite a lot.

Following Lithuania’s diplomatic impasse with China, Beijing does not wish to see another country in the region follow suit. Although Slovakia’s path will probably not be the same as Lithuania’s, Beijing should get used to more dynamic relations between Bratislava and Taipei. And while Slovakia is a small actor, its voice carries weight in the international community where the above-mentioned “so-called values” are of paramount meaning. More importantly, with the ongoing Russian war on the European Union’s borders, it is clearer now than ever for its members and the rest of the Western community that partnerships, alliances, and common supply chains are to be built on shared fundamental principles and common values.