ChinfluenCE Roundtable: The Extent and Kind of China’s Influence in Central Europe 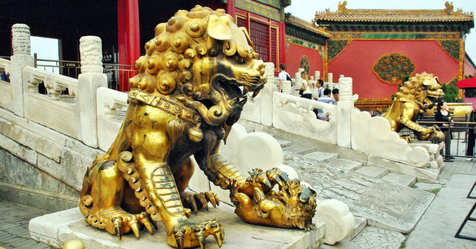 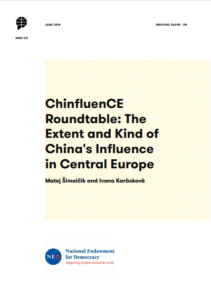 ChinfluenCE authors Matej Šimalčík (IAS) and Ivana Karásková (AMO) published briefing paper summarizing views and comments of participants of the closed roundtable held on April 20, 2018, in Bratislava, Slovakia. The event was constituted of Czech, Greek, Hungarian, Polish, Serbian and Slovak NGO practitioners, academics, business analysts, journalists and politicians whose aim was to discuss China’s in Central Europe and its impact on economy, politics,  media and civil society. It was possibly the first such meeting of its kind.

Participants of the ChinfluenCE round table discussed China’s strategy in the region, countries’ motivations behind deals with China and regional platforms of V4 and 16+1. They concluded that in order to tackle China’s influence in Central Europe the engagement with China should take place at the EU level instead of 16+1 platform or through promotion of bilateral relations favorable to bigger EU member states. Participants also noted that the level of expert as well as public debates on China and on Central and Eastern European countries’ interests and strategies of achieving them is very low. It is necessary to hold more events where opinions on China and Chinese investments in Central Europe can be discussed freely, as well as lessons learnt and best practices when it comes to Chinese investors and their impact on the destination countries and local societies.

This policy paper was prepared as part of project ChinfluenCE with kind support of National Endowment for Democracy.