COVID-19: All Quiet on the Central Asian Front? 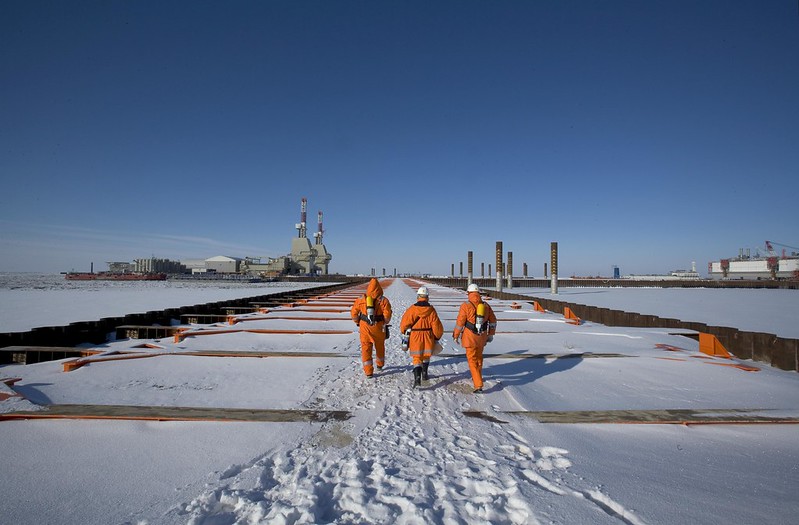 Across media outlets, leaders‘ roundtables as well as people’s kitchen tables, the early months of 2020 have been dominated by a single topic: COVID-19. Most attention was initially placed on Europe and China, which for now appears to have contained the initial Wuhan outbreak. However, as global markets succumb under the pressure from depressed demand and low oil prices, it’s useful to look at a country that is generally under the radar, but plays an increasing role on the Asian continent: Kazakhstan.

In the early phases of the COVID-19 outbreak, the authorities’ response was rather patchy and slow. After forbidding all passenger travel to and from China at the end of January, further restrictive measures on the domestic side and international travel, lagged. Occasionally, local authorities took the matters into their own hands, with the Mangystan region, a hydrocarbon-rich area on the Caspian Sea, banning all public gatherings as early as the 1st of March.

Subsequently, a national ban on public gatherings came on the March 12, shortly after the WHO designated the COVID-19 outbreak as a pandemic. The day after, the first four cases were reported in Kazakhstan, and quarantine was finally imposed a week later in Almaty and Nur-Sultan, the two largest cities of the country. Immediately, people began trying to escape the two cities, with multiple reports of bribery at the block posts on the cities’ outskirts.

Such an inadequate response was driven by two orders of considerations. First of all, on a very pragmatic level, it has to be noted that the internal supply of tests, and testing facilities, was simply inadequate for such a rapid surge in demand. As late as March 17, the Minister of Health announced that the country was waiting for more than 100,000 test kits from abroad. Without testing, and therefore without a seizable number of positive outcomes, justifying restrictive measures to the population, and later enforcing them, could have been a very tough sell for anybody.

Secondly, from a more structural point of view, economic considerations were taken into account. Indeed, as a former member of the Soviet Union, the Kazakh state continues to feel the impact of an essentially paternalistic governance structure, with considerable government subsidies in place and a large public sector playing a relevant role in the economy. In a situation where vast layers of citizens depend on the state, the authorities had no contingency plan for a sudden shock, and were therefore unprepared to act rapidly and at scale.

The economic impact of COVID-19

To better understand the economic aspect of the situation, a little bit of background is necessary. The landlocked country’s international trade is dominated by the mining industry, with the hydrocarbon sector accounting for more than 60% of exports. Pipelines, which is the medium for the country’s liquid fossil fuel export, are physically in place only in the direction of its two large neighbors: Russia and China. On the oil side, all major pipelines leave the Caspian Sea basin, with one delivering crude into Xinjiang, and two geared towards south-western Russia. On the gas front, the most financially relevant is the role played by the Kazakhs pipelines in guaranteeing the safe, and costly, transport of the huge Turkmen reserves, likewise heading for Russia and China.

Given the country’s dependency on oil and gas exports, any external shocks to this market translates into internal consequences. So far we have seen changes both to the demand and prices of the sector, generating substantial pressure on the authorities

On the demand side, the Kazakh economy had been slowing down as a response to the spread of the virus in China. The two months period between January and February has registered a 12.4% slowdown in the growth of Chinese crude imports, and February alone saw the Kazakhs Treasury collecting less than US$ 6 million in duties on imports from China. A further worrying sign came when PetroChina, one of the largest players on the Kazakhs hydrocarbons market issued a “force majeure” notice, signaling a potential decrease in imports in the coming months.

The sudden crash in oil prices in early March was another blow for the oil and gas market, sending shock waves across the Kazakh economy. In fact, when the national budget was approved it was designed to reflect an oil price of around US$ 57.80 per barrel, a value unimaginably far from the current one of below US$30. The massive drop in oil prices immediately raised fears for a vicious cycle akin to the economic downturn of 2014, spurring President Tokayev to reassure the population that all social obligations would be fulfilled. However, nothing was said about the source of the money, leaving the field open to speculation about tax hikes and increased state borrowing on international debt markets.

However, despite the bleak economic reality at the moment of writing,  few factors could justify a moderately positive outlook for future development. First of all, COVID-19 disproportionately impacts the elderly segments of the population, especially those above the age of 65 suffering the deadliest consequences. In this regard, the Kazakh people seem better equipped than almost any other nation. The median age of the population is among the lowest in the world, and does not even reach 31 years of age. Only 8% of the people are older than 65. Similarly, the population density in the country is extremely low, inferior even to the one in Russia, offering yet another encouraging structural factor.

Russia, however, plays a much more relevant role in the evolution of the crisis in Kazakhstan than a simple population density benchmark. The two countries are founding members of the Eurasia Union, a visa-free travel area, more Kazakhs speak Russian rather than their local language and 3,5 millions of them regularly reside in Russia. This is precisely why it is worrying that Moscow has so far lagged behind both Europe and Kazakhstan in implementing restrictive measures. For example, by the end of March, there were no coercive measures for people’s domestic movements, but only recommendations, and the border with Kazakhstan remained open until March the 18th.

At the same time,  some positive signs are coming from China, as the country is now cautiously returning to normality. The Chinese government has slowly begun lifting restrictions, with the majority of factories now operating as usual. In addition, it has been announced that travel restrictions in Wuhan, the epicenter of the virus, are to be lifted at the beginning of April. If China manages to avoid secondary spikes and maintains the virus contained, the rising Chinese demand could help to stabilize the situation in Kazakhstan.

Considering the country’s demographics in conjunction with the gradual resumption of economic activity in China, Kazakhstan is better placed than most other nations for a rapid spring-back. The initially slow response by the authorities was followed by several measures that are now implemented across Kazakhstan. This remains a stark difference in comparison to some of its neighbors, such as Tajikistan, where no restrictions have been implemented so far. Nonetheless, a lot will depend on how the authorities will continue to respond to the situation, as well as how and when will their Russian colleagues act. Were Russia to become the next epicenter of the pandemic, we might be looking at a much more problematic future for Kazakhstan and Central Asia as a whole.

Robert Ballante is an International Relations analyst focusing on Eurasia. He was a visiting scholar at the Center for Modernization at the Chinese Academy of Sciences and currently holds a position of Manager at Amaris Consulting.