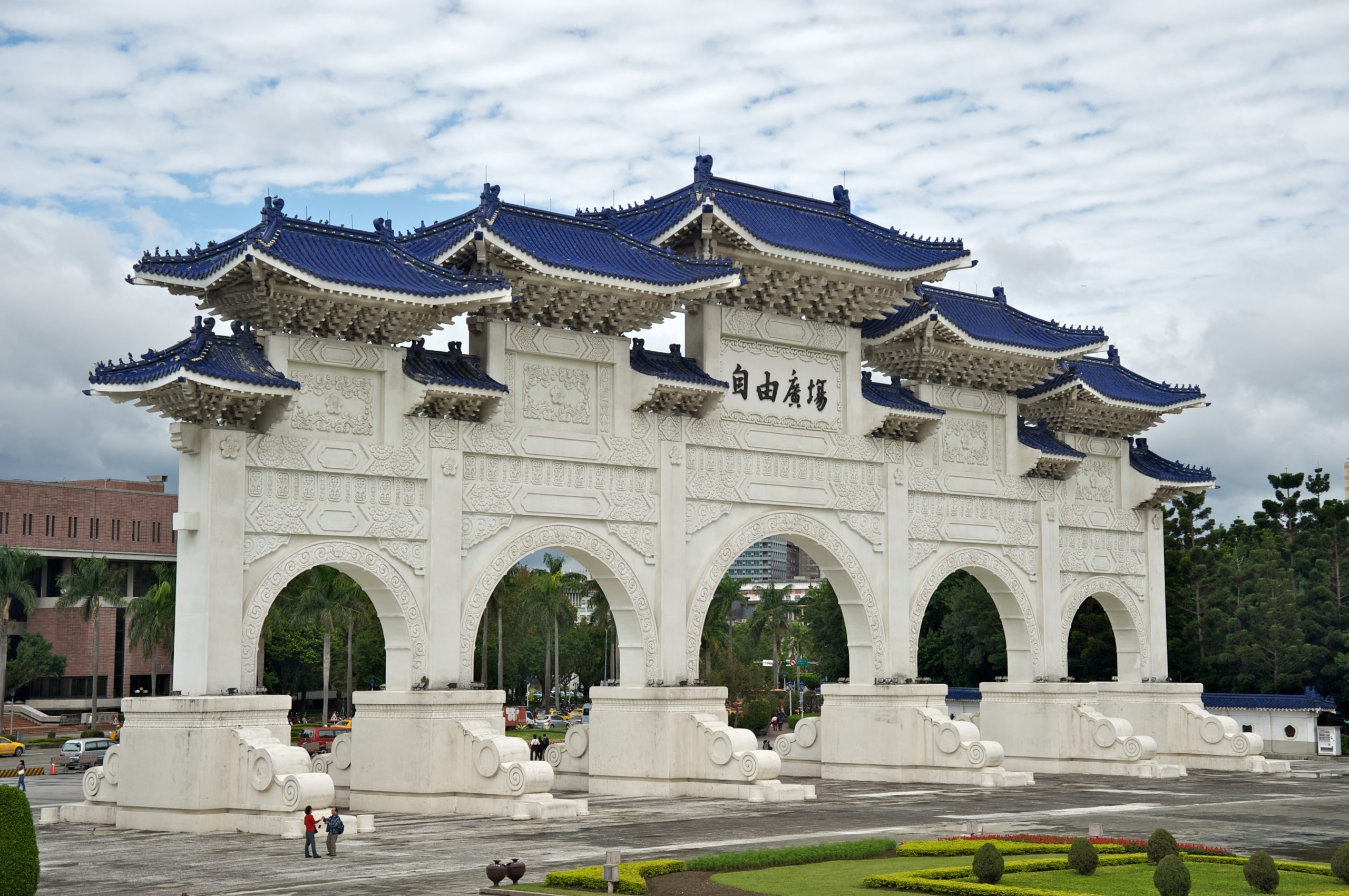 Taiwan’s engagements with many Central and Eastern Europe (CEE) countries have been improving since the beginning of the decade. In attempting to increase its public diplomacy engagement in the CEE region, Taiwan might have a choice in a digital and multilingual news services project.

The Confucius Institute (CI), a state-backed body that offers courses in Chinese culture and language, is often regarded as the most important tool of China’s soft power overseas. In recent years, it has suffered all across Europe after countries such as Sweden, Norway, and Belgium closed their CI classrooms for a variety of reasons, including allegations of content censorship and espionage charges. Adding Beijing’s “wolf warrior” diplomacy and the initial mishandling of the Covid-19 pandemic outbreak to this calculation reveals that China’s soft power in Europe has fallen on hard times.

Taiwan, however, is enjoying a different story. After Lithuania’s decision to leave China’s 17+1 initiative (effectively making it 16+1 now) and four CEE countries (Czech Republic, Poland, Slovakia, and Lithuania) sending a combined total of nearly one million doses of Covid-19 vaccines to Taiwan last year, Taipei has been trying to increase its influence across the region with fresh economic opportunities. As if to further boost Taipei’s efforts, the CEE currently has a growing disillusionment of China due to China’s failure to fulfill its long term investment promises in the region, on top of the aforementioned reasons.

Taiwan has managed to sign several MOUs with the Czech Republic and Slovakia in diverse fields and announced a $1 billion credit program to fund joint projects between Taiwanese and Lithuanian companies. Taipei has also increased its diplomatic charm offensive in CEE by raising over $20 million to assist Ukrainians displaced from their homeland by Russian aggression against  Ukraine. To capitalize on the early success, Taiwan needs a plan to make its outreach toward its new friends in the CEE region more sustainable.

Cultural Diplomacy: A Choice for Taiwan

Cultural exchanges will be vital in shaping the future directions of Taiwan-CEE relations because they are not only long-term and low-cost, but are also going to furnish Taipei with a potent way to redress the knowledge gap about Taiwan in the CEE region. Naturally, Taiwan is likewise required to understand the CEE countries more deeply.

Cultural diplomacy seems to be a fitting strategy for this purpose, because it is meant to guard one’s national identity, boost the prestige of one’s country, and transmit one country’s culture and national values to promote mutual understanding between different nations. Its goal is to first form a “trust base” with other peoples before achieving further economic, political, and even military engagements that will last beyond changes in political leadership. In addition, it can also provide a platform for ordinary people to interact with one another. Cultural diplomacy is already a key method for Taipei to increase the international recognition ofTaiwan, usually via tourism, gastro-diplomacy, and music.

The question then becomes finding the kind of cultural diplomacy engagement that would fit Taipei’s cultural exchanges goals. For example, Taiwan has started offering scholarships for European students to study in Taiwan and even holding a film festival.

What Taiwan should realize in this potential media engagement with its new CEE friends is that Beijing did not only rely on CIs for its soft power, including in the CEE region. Chinese business interests have, for example, attempted to acquire stakes in Czech and Slovak media firms to frame China-related contents as the Chinese Communist Party (CCP) saw fit. Naturally, if Taiwan wishes to play this game as well against China’s economic might and influence, it would be pointless. What Taiwan needs is a fresh outlook that might be provided by digital diplomacy.

Digital diplomacy itself refers to the broad use of technology in conducting diplomacy. With it, instant access to information and interactive online communications are virtually one click away for everybody. Taipei can elect to apply its public diplomacy through the use of digital diplomacy. Namely, by creating a Taiwanese government-funded non-profit news service that will broadcast and publish online news and analysis of Taiwan’s business, politics, sciences, and public life aimed at audiences in select CEE countries. In accordance with Taiwan’s having one of the freest media environments in Asia, this news service has to retain editorial independence in its broadcasting and publications. Therefore, if need be, an instrument to ensure the existence of such editorial independence, that naturally does not contradict the laws of Taiwan, could also be introduced alongside the project itself.

That aside, in deciding in which of the CEE countries would Taiwan begin this project, it is more realistic for Taipei to boost its rising partnerships with CEE countries by giving initial preferences to several CEE countries first. For example, the four CEE countries who helped Taiwan with its Covid-19 vaccines last year (Poland, Czech Republic, Slovakia, and Lithuania) before branching out to other CEE countries in the future. This also ensures that Taiwan does not lose its current momentum with those four countries.

Unfortunately, Taiwan must also be aware that China will always be on the lookout for anything that Taiwan might do to bolster its image or diplomacy. This, sadly, carries with it the potential for other countries being  deterred by Beijing’s wrath, similar to what happened with Lithuania after it allowed a Taiwanese Representative Office to open under the ‘Taiwan’ name in Vilnius. This move led China to block Lithuanian exports and downgraded its diplomatic relations with the Baltic nation.

However, this situation also creates a loophole Taiwan can utilize for its own benefit: Taiwan can decide to start its image-boosting project in a country that either has already earned China’s ire, like Lithuania, or is otherwise unfazed by Beijing’s threats, such as Slovakia, Estonia, and the Czech Republic .

The choice for Lithuania is obvious, because its decision to take a stand against China led Taiwan to pledge a $1 billion credit fund for Lithuania and created a ‘Lithuania Mania’ in Taiwan earlier this year. Starting the project in Lithuania seems like a fitting continuation of this newfound friendship.

Slovakia, Estonia, and the Czech Republic are similarly suitable. Taiwan can help mitigate the damage suffered by its new CEE friends in many ways, and that means this project will be an apposite continuance of Taiwan’s help.

Research comes after deciding where to start. Taipei must conduct a thorough study about the language, cultures, habits, traditions, values, and relevant issues in each target country involved with the project that may also be applicable in Taiwan and could be deployed accordingly in the project’s contents to fortify the Taiwanese image in every single one of them.

After all, Taiwan and the CEE countries are not without similarities. The most obvious is likely the fact that both still have to contend with a gigantic neighbor with imperialistic ambitions: Taiwan with China and the CEE countries with Russia. After all, China and Russia are partners, so this could be a starting point for many potential contents.

This is even more relevant for the Baltic states, because this similarity means there are shared domestic needs between them and Taiwan, namely in learning from each other about defense, since countries that already defied China, like Lithuania, should now keep in mind that its institutions might be targeted by cyberattacks, an area where Taiwan’s expertise in the cyber sector could help Vilnius with. For its part, Taiwan has much to learn from the Baltic countries regarding non-traditional military fields, expressly in further training related to the concept of total defense and areas of state resilience.

This ‘research’ step might be the most crucial one because this is where Taiwan has to know and understand its new CEE friends even more deeply for their interactions through the contents to be meaningful and precise. Moreover, the information and the data gained from this step will likely be useful in Taiwan’s business dealings with the region. Thereby, in formulating the contents directed to each target demography and country, Taiwan has to fine-tune it to each country’s respective language. The actual engagements of the project itself could take many different forms, from a TV channel to an online news website.

In conducting its public diplomacy, Taipei needs to gain an advantage by giving Taiwan a playing field that Beijing has not yet attempted. This choice, via digital diplomacy, can fulfill that function for Taiwan. Naturally, Taipei must always ensure that the effective contents produced and released are commensurate with the intensity and the frequency fit for Taiwan’s public diplomacy goals in the CEE region.

Omar Rasya Joenoes is a PhD student at the Department of Political Science at the University of Vienna.