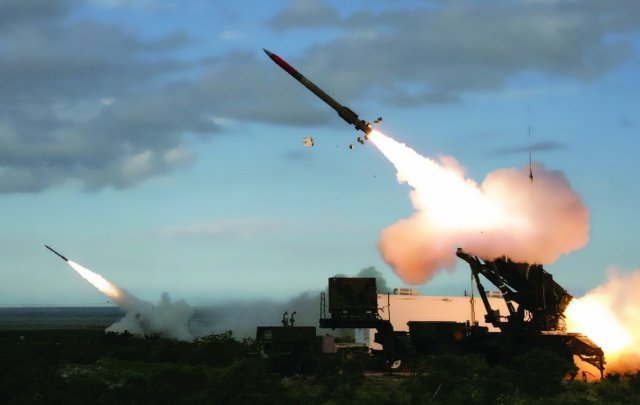 The INF treaty was terminated in August 2019. The demise of the pact occurs amidst a worsening global security environment, shaped by the growing rivalry between China and the US. This article explores three possible scenarios for the consequences of the termination of the landmark agreement in one of the world’s most volatile region, Asia Pacific.

In 1987, the US and the Soviet Union agreed to eliminate all of their nuclear and conventional ground-launched ballistic and cruise missiles with ranges of 500 to 5,500 km. For the first time, a whole category of nuclear weapons was banned. The Intermediate-Range Nuclear Forces (INF) Treaty stood as a landmark for its three decades of contribution to strategic stability.

However, this is already undone. On August 2, 2019, the US, formally withdrew from the INF Treaty, citing Russia’s violations of the pact.

This move was a long time coming. Since the mid-2000s, the US has been accusing Russia of violating the INF treaty and many in Washington had called for its abrogation. The Kremlin, which foreseeably denied any wrongdoing, had also accused Washington of breaching the treaty’s provisions.

Donald Trump’s administration gave a new impetus to the skepticism of the pact, after declaring that Moscow had deployed the system and pursued sanctions against Russia. In February 2019, the US, followed by Russia, initiated the formalities that led to the expiration of the agreement.

Despite the blame-game, by terminating the INF, Russia and the US intended to create momentum to draw China into arms control agreements. Both Washington and Moscow have called upon China to negotiate a multilateral arms control treaty. In the early 2000s, Moscow even suggested leaving the INF, given that other countries possessed INF-banned weapons.

Unsurprisingly, China has vehemently opposed the idea. Outside the limits of the pact, Beijing has developed “the largest and more diverse missile force in the world”. It possesses an inventory of 2,000 intermediate-range ballistic and cruise missiles – 95% of which are in the INF-prohibited range – and devotes an entire service, the People Liberation´s Army (PLA) Rocket Force, to their operation.

China’s missiles are the cornerstone of Beijing’s challenge to U.S. dominance in the Pacific. Its missile-centric military build-up is foundational to China’s A2/D2, which aims at deterring or defeating the US in a regional conflict.

China’s land-based missile force also supports Beijing’s deterrence towards other regional powers, including Russia. However, Moscow worries more about China and US’ development of next-generation technologies programs, with which it cannot keep up. Hence, Moscow hopes that the demise of the INF and the pressure on Sino-American relations would eventually lead to the forging of a more comprehensive treaty.

While China urged the US and Russia not to withdraw, it continues to reject the multilateralization of arms control mechanisms, on the bases that it owns fewer nukes than the big nuclear powers. The tricky issue, Andrew Erickson notes, is that arms control debates over-focus on nuclear weapons, whereas China’s arsenal of conventional missiles exceeds its nuclear arsenal by a ratio of at least 7:1.

What now for Asia Pacific?

INF-prohibited weapons are substantially easier and cheaper to develop and operate than sea or air-based missiles. So far, the INF has given China an advantage; as the US had had to rely on sea and air-based missiles, which besides being significantly more expensive, have other limitations. This has made the status quo unsustainable to the eyes of US officials.

Thus, it is no surprise that Washington sees the demise of the treaty as an opportunity to readjust the existing military balance. Shortly after the treaty collapsed, the US tested a medium-range cruise missile, which will allow deployment within 18 months. Plans to test an intermediate-range ballistic missile are already underway and tests for a mobile intermediate-range ballistic missile (IRBM) will likely follow. Mark Esper, the Pentagon chief, confirmed that Washington’s intention was to deploy these in Asia Pacific.

Three different scenarios may arise from the demise of the treaty and Washington’s subsequent build-up.

A first speculation would be that the US’ undermining of the Chinese post-Cold War military strategy would trigger a Sino-American arms race.

The Chinese are anxious that U.S. missile development could open the door for a more aggressive US nuclear policy. Current perceptions of U.S. ambitions and Beijing’s assertiveness could create the perfect mix for an arms race. This is particularly true given that relations are worsening by the day and could further spiral with the disruption of strategic stability frameworks.

The inherent dangers of a US-China arms race are evident. The missiles of the type covered by the INF treaty were prohibited because the difficulty to neutralize them exacerbate the chances of miscalculation and therefore of an accidental nuclear war.

But there is more. Tensions could spill-over throughout the region. China’s re-adjustments could also trigger a response by India which would likely generate a reaction by Pakistan. Furthermore, a US build-up could further strain disarmament talks with North Korea, or even provide an incentive for the further development of its nuclear program.

The Kremlin has publicly stated that, although it will start developing new missiles, it will not deploy any INF-banned missile unless the United States does so first. Hence, if the US proceeds this way it is highly possible that Moscow will follow.

This would be another step on the road of growing tensions and mistrust in US-Russia relations but would also accelerate Sino-Russian rapprochement. Although a military build-up on either side could burden the bilateral relations, Russia’s inability to keep up with the US and China in an arms race will force Moscow to keep cool its relations with its neighbor.

A key trigger for the development of this scenario would be the response by U.S. regional Allies. That is if they decide to host U.S. missiles or not, as this will substantially influence Chinese threat assessment and response.

Washington will likely place its missiles in Guam but it will also seek to convince South Korea, Japan, and Australia to host some of its ground-launched missiles. So far, none of these countries have rushed forward. Hosting such missiles could increase their vulnerability in the event of a conflict and strain their relations with Beijing. China has already explicitly warned its neighbors that hosting these missiles is not in their best interest. Evidence from its reaction to Korea’s decision to host the THAAD suggests that Beijing is serious about it.

Whereas hosting U.S. missiles permanently does not seem like an option, the US could pursue agreements that would allow it to rapidly deploy missiles for a limited period in times of crisis, as it did recently with Australia. However, this is not that easy, it is costly and could exacerbate tensions in times of conflict.

While the collapse of the treaty might trigger an arms race, the opposite may also be true. Although getting the three parties to agree may seem illusory for many, there are some reasons for optimism.

The two big nuclear powers are eager to sign a multilateral agreement. Outside the INF, the US can comfortably outspend Beijing and challenge its position in the Pacific. Faced with this scenario, China may reconsider this option.

It is true that the Chinese government has energetically rejected such an agreement but this would not be the first time that China shifts its approaches to foreign policy in recent years. Despite the perception that getting the three parties to negotiate is an elusive attainment, the celebration of security talks during Obama’s presidency and the Sino-American militaries’ nuclear dialogue add some encouragement to this possibility.

Also, sometimes events turn out better than expected: the termination of the Anti-Ballistic Missile (ABM) Treaty led to some military build-up but also to some arms control agreements.

A follow on of the INF Treaty would be much more robust, respond to current technologies and geostrategic conditions. Additionally, such a process would give a boost to the trilateral relations as well as incentives for other countries to adhere to arms control mechanisms.

The last and more likely scenario is one with a combination of tensions, competition and limited cooperation.

U.S. missiles deployment will certainly spark some military tensions, but an all-out arms-race might not necessarily happen, particularly if US allies refuse to host its missiles. Yet, the termination of the treaty would strain China’s steady military development, as significant resources would need to be diverted to missile defense. US deployment in the region would expand US military and diplomatic leverage to deal with the Chinese assertiveness and reinforce the waning confidence of the allies in the US. All this could lead to a de-escalation of its assertiveness in the region and even persuade the three parties to accept some limitations to favor the continuation of containment in Asia.

What about North Korea? On the one hand, these weapons could provide incentives for Kim Jong-un’s nuclear program. However, the US’s. renewed posture could also act as a deterrent and therefore impart a boost to the denuclearization of the peninsula.

The INF is not the first pillar to tumble, but rather the latest installment in the collapse of a fraying strategic stability framework. The George W. Bush administration pulled out of the ABM. This, together with the U.S. termination of the 1994 Agreed Framework with North Korea and the nuclear deal with Iran adds to countries’ skepticism regarding security agreements.

The INF was not the first pillar to collapse and it might also not be last. The New Start treaty, the last arms control agreement, will expire in 2021. The climate of distrust that follows the collapse of the INF makes the renegotiation of the New Start follow on much more difficult. Its expiration would leave Russia and the US for the first time in decades without the ability to verify each other’s weapons.

Yet the fate of the New Start Treaty is one of the many fundamental questions that remain unanswered. To what extent will the US deploy its missiles? What will be other powers‘ responses? The answers to these questions will invariably shape the future of Asian security. There is some room for optimism. However, a world without arms control mechanisms would “be less stable, less predictable and less secure”.