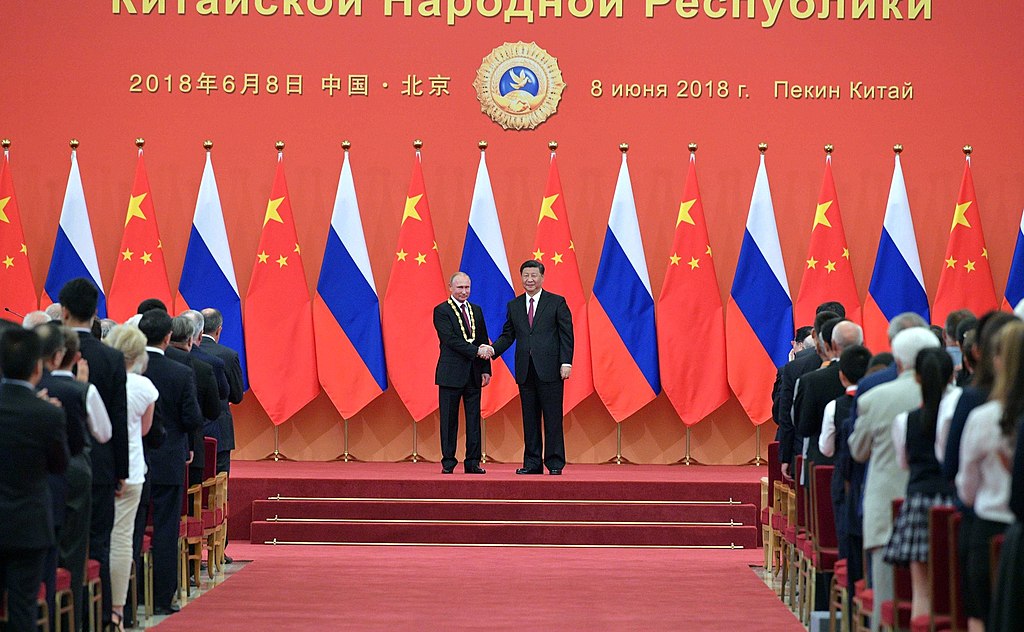 Russia and China have been maintaining both political and economic ties for years. Most people around the world have heard or read about that close partnership and even friendship between the two countries. However, it is just a view from the outside, so it does not reflect the very Russian perspective. That is why we present in this article an insiders‘ analysis of Russian optimism and anxiety about cooperation with China, in particular regional cooperation within BRICS.

Several Russian foreign policy think tanks recently discussed Russia’s “drift to the East”. This article focuses on the analysis of such discussion and particularly the assessment of Russian experts of China’s role in BRICS, the cooperation format between Brazil, Russia, India, China, and South Africa. Many Russian scholars believe that due to its financial might China plays a key role in BRICS. To explain the diversity of contemporary narratives of China in Russian political discourse we have examined 26 articles published by some of the most recognized Russian foreign policy think tanks.[1]

Common features in the Russian discourse on China

Our analysis aimed to structure the textual data to reveal patterns reflecting the experts‘ opinions about China’s role in BRICS. In other words, we explored so-called discursive frames depicting regional cooperation structures. Overall, as a result of the narrative analysis we have detected seven common features widely seen in the articles of the abovementioned experts:

Overall, our research showed that, according to a majority of the Russian experts, BRICS is assigned the role of a new responsible stakeholder in the international arena. However, more profound analyses raise new questions: since BRICS, above all, is a group of independent nation-states, does that consequently mean that their influence within BRICS is distributed so unevenly that it becomes an obstacle for a consistent common political and economic agenda? Does BRICS have the capacity to make any changes within the current international order? What is the unique agenda promoted by BRICS, and does the organization have a plan of common action?

An in-depth analysis of the abovementioned questions has shown that the Russian experts do not have a homogeneous opinion on Russian-Chinese cooperation within BRICS. We have identified those differences along the axis marked by us with two opposites: first, the inspiration of Russian experts by the bilateral interaction within BRICS, and, second, anxiety about China’s growing influence within BRICS.

The inspirational segment of Russian political discourse represents the role and perspectives of China in BRICS in an optimistic way. Within this pool of articles, we have distinguished the following inspirational narratives and sub-narratives:

BEAMS is China’s “circle of friends”:

Global integration between developing countries is a priority:

China is a key partner for Russia both globally and regionally:

China is still considered to be a developing country. However, economically speaking, it is a key world player along with the United States. According to experts from the inspirational group, Beijing did not have enough political capacity some time ago, however, the situation is changing. China is seeking to alter the global order, especially the system of economic governance created by the Western states. Beijing’s main option to do so is to encourage other developing countries to forge a common (decolonizing) front. It looks like an attractive initiative for everyone: developing countries could get Chinese investments along with opportunities for their domestic growth. On the other hand, China simultaneously could get a chance to promote its role as a challenger of the current international order and Western hegemony.

In addition to “Beijing’s common front”, we can witness the creation of countervailing power to the American protectionism, which is specified by China’s idea of promoting inclusiveness through integration. Such initiatives as the Belt and Road Initiative or BEAMS+, from one side, provide real chances for developing countries around the globe to mitigate their economic underdevelopment. On the other side, both BRI and BEAMS+ strengthen China’s mechanisms of enhancing its influence to confront its main political rival – the United States.

Bilateral relations between Russia and China are closely related to Eurasian cooperation taken widely. Such cooperation brings increasingly closed interaction within BRICS, SCO, EAEU, and BRI. In the case of the inspirational frame, Russian experts claim the primacy of China as a partner in the region. Hence, Moscow has opportunities to promote its national interest with Beijing’s support in the international arena and vice versa. As we know Russia has been tending to confront the West, especially the U.S., at least since 2014, so it indeed needs to maintain strong political ties with the Asian member of the United Nations Security Council.

Speaking of Russian anxieties about China, narratives and sub-narratives seem to appeal to Russia’s national security as follows:

BRICS is not an effective institution:

Currently, China has greater political, economic weight within the international society than other BRICS members:

China perceives BRICS primarily as a tool of its political influence (BRICS as China’s instrumental mechanism):

China does not need any “friends”, thus it will not take Russia’s side:

Those were the key anxieties of Russian experts about China’s role in BRICS. Their idea is that Moscow should be careful when dealing with Beijing. The latter has more economic power, so it may become a threat for Russia to get dependent on it.

Russia’s narratives of China and BRICS also serve goals of what is called in contemporary International Relations Russia’s not just physical, but also ontological security. The latter is defined as narratives and the sense of continuity and order in international events with respect to a state’s self-identity. Our argument suggests that if the modern ‘Russian self’ maintains its sense of ontological security through conflictual relationships with the West, then Russian relations with the East start to play a key role to help Russia escape the feeling of complete international isolation and sustain domestic legitimacy. Then China, as a ‘key player in BRICS’ and the closest neighbor of Russia, can help to cement a collective Russian understanding of ‘Russianness’ which emphasizes traditional values and norms, all of which, as some scholars suggest, is under pressure from the West.

The narratives of Russia’s inspiration with China serve to support the self-identity of the Russian state and its ontological security as a country which (despite the Western sanctions) does not remain lonely in the international arena. “Russia and China are brothers forever” claims this version of the narrative, granting Russia almost the role of the USSR with its former greatness and industrial success to be rediscovered from the past at least on the level of Russia’s national imagination with the help of cooperation with China and BRICS.

Contrary to that, speaking about the anxious mood and fearful representations and narratives of China among Russian experts, we could notice that many of them seem to appeal to Russia’s sense of ontological insecurity. For example, we observe fears that cooperation with China can result in diminishing the role Russia plays in the Eurasian region and world politics in general. As suggested by experts from the July 2019 issue of The Economist, the brotherhood between these two countries may truly exist, however, this partnership is much more beneficial for China than it is for Russia. Some argue that “what seemed a brilliant way for Mr. Putin to turn his back on the West and magnify Russia’s influence is looking like a trap”, because China will dominate almost every aspect of the two countries’ cooperation. Lastly, it should be noted that Russia’s ‘drift to the East’ and our assessment of how Russian experts view China’s role in BRICS should be supplemented by more systematic research on, for example, Russian-Indian and also Russian-Brazilian relations, since they both structurally have a strong influence on how Russia imagines its future role as one of the leaders among the countries of ‘Global South’.