Are the peace talks between the United States and the Taliban fundamentally flawed?

Home Publikácie CEIAS Insights SK Are the peace talks between the United States and the Taliban fundamentally flawed? 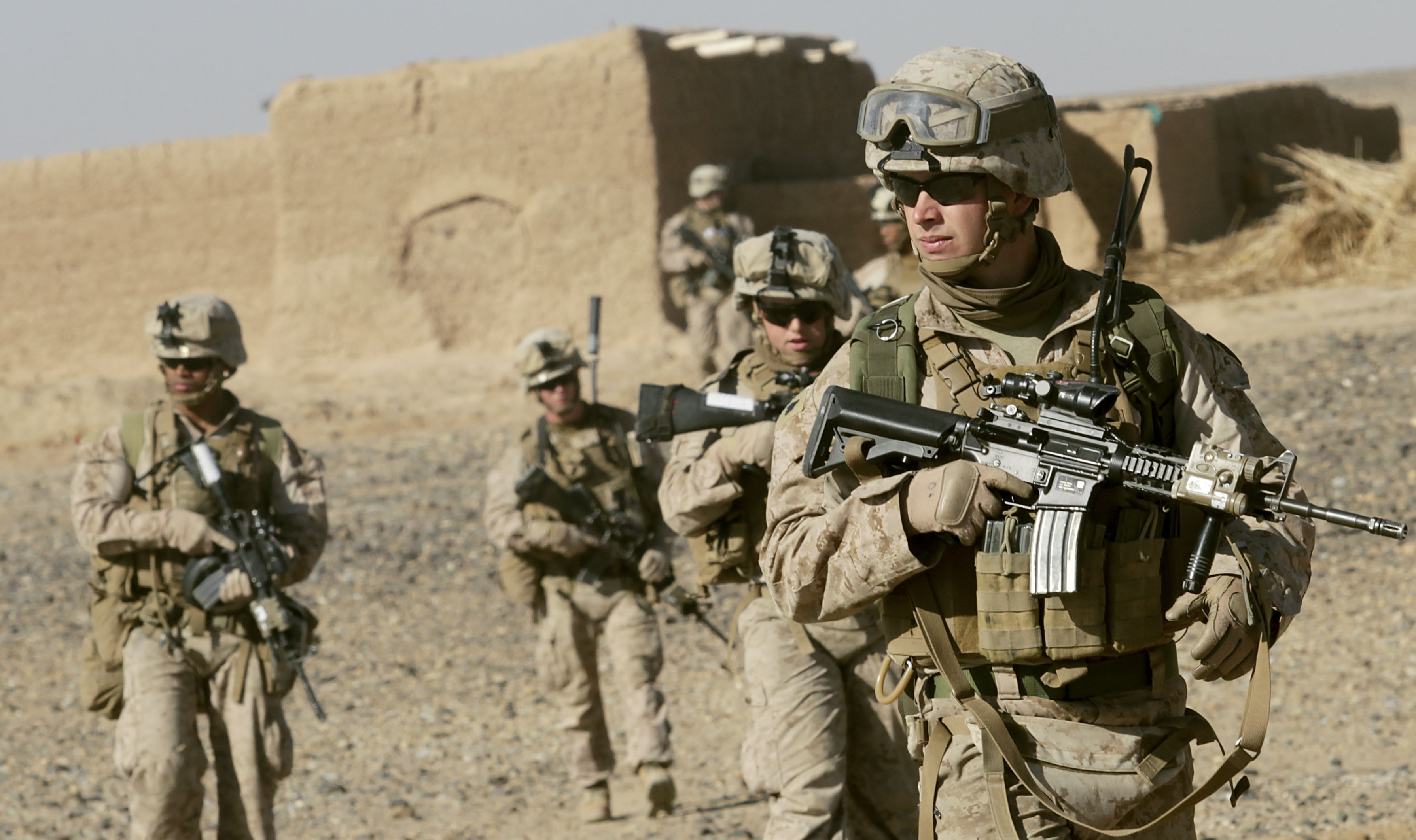 With the United States and the Taliban close to reaching a conclusion to nearly 10 years of peace talks, it is becoming increasingly likely that the United States will announce the complete military withdrawal from Afghanistan after nearly two decades. Here Barbara Kelemen (Central European Institute of Asian Studies, Bratislava, Slovakia) and Terra Schroeder (Heritage Foundation, Washington D.C.) explain five possible flaws in the negotiations.

While peace talks have occurred in the past between the United States and the Taliban, the Trump Administration has taken the current negotiations to a whole new level. Initially under Trump, U.S. policy towards the Taliban remained unchanged. However by January 2018, the US implemented a new policy consisting of an increase of US troops in rural parts of the country. The Taliban reacted harshly to this announcement and subsequently January saw 115 deaths in Kabul. This instability was further exacerbated by President Ashraf Ghani’s political problems, stemming from a significant disagreementwith Atta Mohammad Noor, the governor of Balkh province, a key province for the upcoming election. Despite this, little changed in the US policy until the sudden resignation of General James Mattis on December 20, 2018.

The cause of Mattis’ resignation quickly became clear after President Trump announced the withdrawal of 7,000 US troops – half the force currently stationed in the country. By the end of February 2019, the US announced reaching a tentative framework which included the withdrawal of both US and other International forces. The caveat, however, lays in the fact that the Taliban would not support jihadist groups such as Al-Qaeda (AQ) or IS-KP. The irony with IS-KP, however, is that they are in fact a Taliban faction, yet have splintered from the main body of the Taliban (the Quetta Shura).

Despite this tentative agreement, the Taliban has vehemently refused to negotiate with the Ghani Government. Zalmay Khalilzad, the United States’ Chief Negotiator, had set a deadline in July to reach an agreement by September 1, 2019. The likelihood of the US and the Taliban making this deadline is now extremely high. But should any agreement be made, do the underlying problems from the negotiations signal an issue for the future?

One of the key questions to these negotiations is who is the United States even negotiating with. Since the death of Mullah Omar, the Taliban has had extremely fragmented leadership. At the outset of these talksthe Taliban named Mullah Abdul Ghani Baradar, one of the remaining original leaders of the Taliban as chief negotiator. However, Baradar is simply a representative of a very small and weak fraction of the Taliban.

There is no guarantee that the rest of the Taliban factions will fall in line following a deal. The other qualm with Baradar is that he is firmly under the thumb of the Pakistani Inter-Services Intelligence. An additional problem is that female representation at these negotiations have been negligible at best. However, this is not just a problem of the Trump Administration. Of the 23 attempts at peace talks that occurred between 2005 and 2014, women were only present twice.

The consequences of leaving

Perhaps the most important question in regard to these peace talks is what are the consequences of the US military leaving Afghanistan? One of the most pressing issues if these talks come to fruition is that the government in Kabul will lose influence and legitimacy. As a result the onus of internal security within Afghanistan will likely shift to the warlords as they did in the immediate aftermath of the Soviet retreat.

This lack of security could allow a number of Foreign Terrorist Fighters (FTFs) to flood into Afghanistan in a similar way to Syria and Iraq. It is also highly probable that these FTFs would attempt to return to their home countries in the West and attempt to carry out attacks. Additionally, regional neighbours will be forced to choose sides in a debate over government power. Thus, another consequence could be that the Taliban would extend their control within Afghanistan. Lastly, there is a deep concern shared by women’s activist groups that the rights of women would revert back to a level that only existed when the Taliban was in power in 2001. Some of these has been seen already, most recently during the August 2019 attackon a girls school in Kabul.

The role of Pakistan

Since its inception in the late 1990s, the most important relationship for the Taliban has been the one with Pakistan. Pakistan has used armed Pashtun tribal outfits since its inception in 1947 to counter its biggest rival— India. This can be explained by the concept of strategic depth through which Pakistan tries to avoid its encroachment by India while at the same time maintain possibility to maneuver politically in Afghanistan for its own interest. Although there are divisions between Pakistan’s civilian and military leaders regarding how Islamic militancy should be used, the military is the force currently controlling Pakistan’s security policy. Given its history of strategic culture, the military is to this day dominated by Pashtuns who share tribal affiliations with the Taliban.

Another connection between the two are the religious madrassas in the Pakistani tribal regions which provided initial indoctrination for the Taliban in the 1990s. The Taliban practice a specific stream of Deobandi Islam which has its roots in colonial India and is influenced by Salafi school with its origins in Saudi Arabia. This is the reason why the Taliban’s ideology is sometimes described as ‘‘alien’’ in Afghanistan and what explains the lack of popular support for the Taliban’s interpretation of Islam.

Though 9/11 pushed Pakistan to modify its strategy towards its militant outlets, its practical response has been very limited. The current civilian government seems to be engaging in some cosmetic changes in its crackdown on jihadists, nonetheless, the Pakistani military still maintains immense influence over the Taliban.

If the United States were to withdraw from Afghanistan, as is the current plan under these peace negotiations, it is likely Pakistan will play a more overt role in Afghan politics. This in turn, would interfere with Afghanistan’s sovereignty as well as being deeply unpopular in Afghanistan. The majority of Afghans blame Pakistan for supporting and nurturing the Taliban both pre- and post-9/11.

While the US-Taliban dialogue has been criticised on a variety of levels, the question remains what is the alternative? Currently, there are two powers counterbalancing the US talks — Russia and China.

Russia has so far opted for a balancing strategy between the Afghan government and its relationship with the Taliban. After the 2016 criticism for not including Afghan officials, Russia invited Afghanistan to participate in the 2018 six-party talks in Moscow. Still, Russia has been criticised for not including the current Afghan government and approaching previous officials Hamid Karzai and Hanif Atmar.

On the other hand, China has maintained a pragmatic relationship with the Taliban since 1998. Its increasing activity in the region can be understood through its rising investment and shared border in Badakhsan province where the Chinese patrolling car was spotted in 2017. While it is unclear whether China has pushed the Taliban to accept some of the fundamental aspects necessary for the peace deal, it could potentially offer an alternative platform for the actors that have been sidelined by the US.

An important aspect of these scenarios is how does the US and Europe think about approaching Afghanistan once Russia and China establish their footprint in Afghanistan. In case the US-Taliban deal goes through, there seems to be little thinking on what would be the strategy in a region with increased Russia-China influence.

Finally, why should the West care about the US withdrawal from Afghanistan? As we saw in 2001, what the US does in Afghanistan will eventually have effects in the West itself. The main issue from any deal will remain a question of ungoverned spaces and lawless territory that cannot be left unchecked. Operating from safe territory provides terrorist groups with the ability to engage in more spectacular attacks. Wherever lawless territory exists, terrorists congregate which allows them to gain training and carry out more deadly attacks. One such example includes the situation that has manifested in Sri Lanka.

Currently there are two groups in Afghanistan — Al Qaeda and IS-KP. Al Qaeda has a long-lasting relationship with the Taliban and its historical connection with the group is what makes many analysts skeptical of the Taliban’s claims not to host them. Also, the recent propaganda video ‘Preparation for Jihad’published by the Taliban was produced by the main propaganda outlet of the Haqqani network, a group which maintains the closest ties with the Al Qaeda ‘out of all the insurgent groups active in Afghanistan’.

IS-KP, on the other hand has grown stronger since 2014. In 2019 there has been increasing evidenceshowing that IS fighters are now using US guns that they have captured from the ANA. Both the Taliban and the US have been fighting IS-KP, especially in the eastern provinces, the fact which was identified by the US General Joseph Votel as one of the concerns for the US in Afghanistan. It is also important not to forget that IS-KP was a Taliban faction which changed its name as part of a branding exercise and a falling out with the Quetta Shura Taliban.

Nothing paints the future bleaker than the assessment of what we are facing in Afghanistan today. Al Qaeda is active in number of provinces while IS-KP has a stronghold in 4 provinces and clashes regularly in Jowzjan & Sar-e Pul. Over past few months we have seen heightened number of suicide attacks, many of them with high number of casualties and often targeting civilians. IS-KP does not seem to be going away. With a withdrawal of US troops looking likely and the future of governance in Afghanistan on the brink of potential disaster, the withdrawal of troops could spell another period of insecurity for Afghanistan.

This article gives the views of the author, and not the position of the South Asia @ LSE blog, nor of the London School of Economics.

Barbara Kelemen is a research fellow at the Central European Institute of Asian Studies (CEIAS) writing on China-Middle East relations, China’s counterterrorism strategy and security policy. She is also a graduate student at the LSE-PKU MSc Program in International Affairs.

Terra Schroeder is a research intern at the Heritage Foundation specializing in Afghanistan and Pakistan, with an emphasis on the Khyber Pakhtunkhwa (formerly the Federally Administered Tribal Areas). She also focuses on counterterrorism in the region. She earned her B.A. from the University of Michigan and is a graduate student in LSE’s History of International Relations MSc Program.

The article was originally published on the LSE blog.