Mongolia is Finally Having its Moment 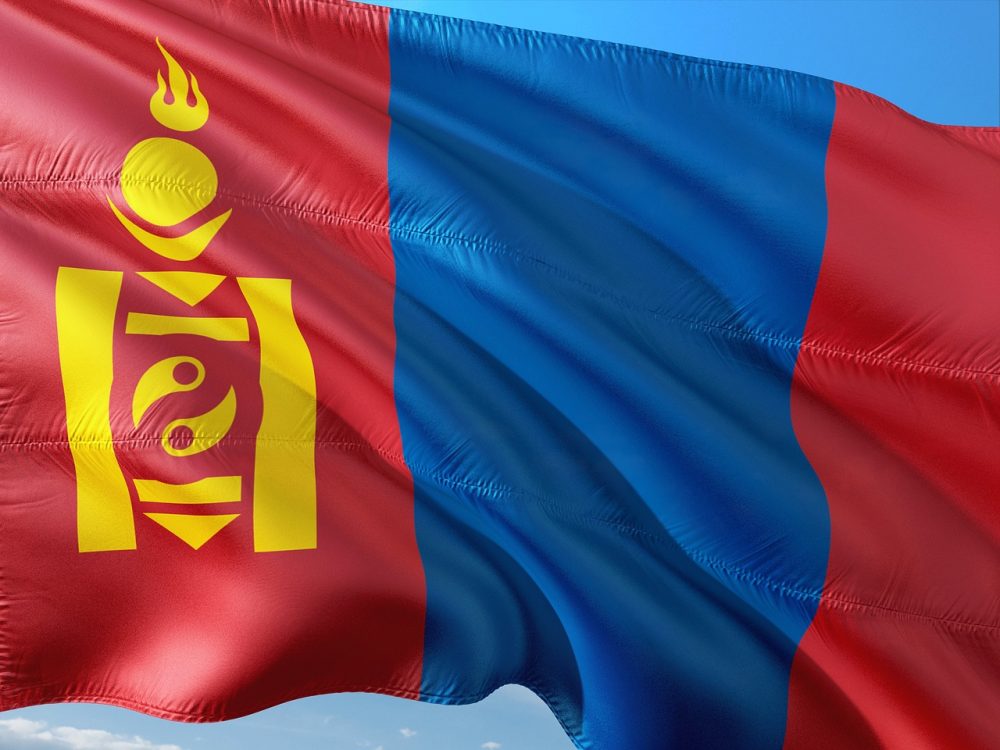 Mongolia is finally having its moment in the Central Asian power-struggle. The landlocked country of 3 million has found itself increasingly caught between the fraught wills of China, Russia, and the United States—and it has a choice to make.

Amid its growing geostrategic importance, Mongolia may be reaching a point where it is forced to take sides and abandon its ‘good neighbor’ policy—particularly as COVID-19 initiates a global financial downturn that strains economic ties and further isolates the nation.

Since Mongolia’s independence in 1921, it has managed to retain diverse relationships through a ‘good neighbor’ policy by which it seeks to remain neutral and flexible in its international relations. This ‘good neighbor’ political wrangling is illustrated in Mongolia’s diverse initiatives: its push for the creation of a ‘North East Asian Super Grid’ involving both North and South Korea, a rarity in today’s international arena, its passive acceptance of the Belt Road Initiative (BRI), or its attempts to delay membership to the Shanghai Cooperation Organization (SCO).

Until recently Mongolia has performed well, navigating the demands of major powers despite historically complex and close relations with its only two neighbors China and Russia. In Mongolia’s foreign relations, many major powers are welcomed under a ‘third neighbor’ policy, including Japan, the US, the European Union, India, and South Korea. This ‘third neighbor’ policy seeks to protect Mongolia’s independence by emphasizing relations with countries other than Russia and China to counterbalance their sway. Lately however, Russia and China have become more intrusive in their venture to strengthen ties with Mongolia and garner regional power.

Ups and downs in its relations with China and Russia

While it has remained relatively isolated in the 20th century, Mongolia is increasingly considered an important player in the Asian regional power struggle between the United States, Russia, and China—in large part due its significant reserves of coal, gold, and wools, its role as a democratic stronghold, and its geostrategic position.

In 2014 China upgraded its relationship with Mongolia from a “strategic partnership” to a “comprehensive strategic partnership” increasing cooperation in both the security and political sectors. China continues to strengthen ties while exerting control over Mongolia via economic sanctions, using its purchasing power of nearly 90 percent of Mongolia’s exports to influence the young democracy. For example, in 2016 China implemented import tariffs on Mongolia following a visit by the Dalai Lama, resulting in a severe economic strain that only returned to normalcy after Mongolia promised to never again receive the Dalai Lama. China’s BRI continues to promise Mongolia trade-growth while operating under what China deems, their “shared destiny.”

However, anti-Chinese sentiment remains high among Mongolians, in part due to their historically close ties to Russia, and before, the Soviet Union. In fact, Mongolia’s independence was largely determined by the Soviet Union in 1945, when Joseph Stalin pushed China to recognize an independent Mongolia. In exchange for abandoning support of the Uighur independence movement in Xinjiang, and following the Sino-Soviet Treaty of Friendship and Alliance, Mongolia was officially recognized by China, effectively creating a de facto satellite state until the fall of the Soviet Union in 1991.

Today, Russia’s interests in Mongolia have remained largely the same as the Soviet Union’s: protecting its southern border and ensuring access to trade routes—primarily the Trans-Mongolian Railway. Russia continues to see Mongolia’s raw material exports as the ideal route to gaining influence in the Mongolian economy.

In the last year, Russia has attempted to tighten its financial and military ties to Mongolia in an endeavor to gain leverage and offset increasing influence by Beijing. Moscow set up a USD 1.5 billion investment fund to finance infrastructure projects in Mongolia, while also increasing trade by 40 percent between 2018 and 2019 – a move which arguably made little impact economically, but which furthers an already positive sentiment towards Russia among Mongolians. Russia also invited the Armed Forces of Mongolia to participate in its Victory Day parade (a celebration of the Soviet Union’s victory in World War II) presenting Mongolia as one of its allies along with a number of former Soviet partners such as Belarus, Uzbekistan, and Serbia. Ties were solidified further with President Vladimir Putin’s visit to Ulaanbaatar last year, which ended with the signing of a “Permanent Treaty of Friendship” with Mongolian President Khaltmaagiin Battulga. Last month, Moscow invited Mongolia to become a full member with the SCO, a move sure to threaten Mongolia’s relations with the United States and other Western allies.

In past years, Mongolia has attempted to work with both democratic and autocratic nations while avoiding making enemies. As the Central Asian power-struggle heightens, Mongolia finds itself caught between three major powers vying for influence.

The United States possesses a wide range of geopolitical interests in Mongolia, from increasing democracy in Asia to nonproliferation, trade, and the North Korean peacekeeping process. With historically positive bilateral ties and a desire to act as ‘Asia’s Helsinki’ in the security realm, Mongolia has pursued greater multilateral discussions with North Korea through the Ulaanbaatar Dialogue on Northeast Asia Security (UBD).

Like Russia and China, the United States has increased ties this year, reaffirming Mongolia as a valuable partner and signing a joint statement on a “shared commitment to freedom, democracy, and human rights.” In June 2019, the previous US National Security Advisor John Bolton made a diplomatic visit to Ulaanbaatar. In August 2019, the United States became Mongolia’s 5th Strategic Partner, strengthening ties through the planning of several high-level diplomatic exchanges, including a Declaration of the Strategic Partnership Between the United States and Mongolia. This declaration lays down plans for the US Overseas Private Investment Corporation (OPIC) to increase development in Mongolia by boosting FDI towards small and medium enterprises (SMEs) for new and emerging markets.

China, Russia, and the United States are beginning to see Mongolia not as a bargaining chip in their regional power control, but as an actual player. All three countries are attempting to limit each other’s influence in Mongolia by expanding economic, political, and military ties, resulting in competing interests flowing through Ulaanbaatar that limit stability in the country and threaten its democracy, stability, and independence.

Conflict interests may be seen in Mongolia’s fretted decision-making involving a coal deposit near Tavan Tolgoi in 2011. After negotiating a contract with Russia (during which Russia wrote off nearly 98 percent of Mongolia’s Soviet debt) Mongolia awarded the official bid split equally between American, Chinese, and Russian companies, with a South Korean company performing railway construction. When the project was abandoned temporarily amid Russian disappointment, Mongolia constructed a new railway from Tavan Tolgoi to China in 2013, offering Russia the option to invest if Mongolia retained 51 percent of the total share.

In need of ‘third neighbors’

Mongolia needs ‘third neighbor’ allies to step in with clear support. Despite President Khaltmaagiin Battulga’s desire to distance Mongolia from China in order to retain Western allyship and independence, a homogenous economy is holding it back. This is something that the United States could offset—potentially by pursuing greater educational and business exchange, along with even more FDI and private-sector investment.

While a temporary solution, furthering its relationship with only the United States does not rid Mongolia of its continued isolation and structural debt problems. Further engagement must also be encouraged by other ‘third neighbors’ to offset Russian and Chinese influence without Mongolia having to take an aggressive stand. Third neighbors could invest in domestic development plans for Mongolia, such as the Steppe Road Plan, a USD 50 billion infrastructure program, or pursue greater bilateral and multilateral exchange.

Despite its attempts at furthering its relationship with Mongolia, Western nations risk losing out to Russia and China, particularly as Mongolia sets to form an energy alliance with the two countries involving a gas pipeline nearly 2,000 kilometers long-running through Ulaanbaatar. As a result, Mongolia risks missing out as a stronghold of democracy and is instead continuing to backslide without reliable and stable ‘third neighbor’ friends.

Yet change is in the air. While The Mongolia People’s Party (MPP) retained its power in elections this year, a significant increase in independents and diverse candidates have widened the democratic playing field in Mongolia. Mongolians appear ready for a diverse democracy with heightened civil society participation, without a cloud of authoritarianism hampering social movements and liberal multilateralism. Mongolia is finally having its moment and has the potential to actively increase stability in Asia if able to overcome its structural economic problems and resist authoritarian influence. Yet it may begin to fumble in its pursuit of trilateral relations with competing national powers. At stake are Mongolia’s economic diversity, democratic values, and political independence. Ultimately, Mongolia must decide how it stands in this regional power struggle and it risks crumbling relations in the process.