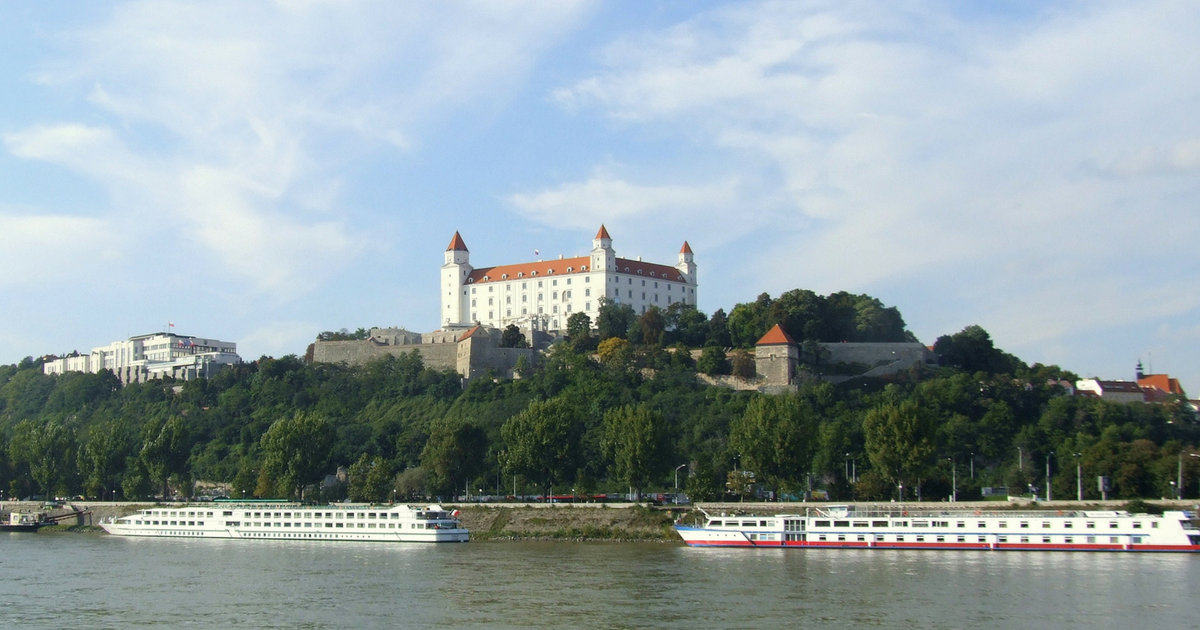 After his 2007 visit of China, Slovakia’s then Prime Minister Fico returned with a notion of China becoming a new source of investment and a new market for Slovak exports. Fico’s dreams of doing business with China have echoed throughout Slovak policy circles ever since.

Much of the Slovak desire to do business with China has since been channelled through the 16+1 platform. The platform has become arguably the most important tool for Slovakia in terms of China policy. As the government’s wish to build stronger economic ties with Beijing depends for the most part on the platform, it has become a kind of ritual to announce bombastic cooperation plans after every summit with the Chinese premier.

Following the last 16+1 summit in Sofia, current Slovak Prime Minister Peter Pellegrini announced plans for how Slovakia is going to profit from relations with China. Construction of wide-gauge railway, food exports to China, reduction of tariffs on cars produced in Slovakia, and Slovakia’s role as an investment and postal hub were among the major projects mentioned by Pellegrini. However, a realistic and detached scrutiny reveals that these plans are bringing nothing new or significant for Slovakia.

The extension of the wide-gauge railway through the Slovakia territory all the way to the Austrian border is probably the single project most symbolic of cooperation with China in Slovakia. It fits the exotic image of China as a country investing in infrastructure development all over the world, wherever interest from ‘traditional’ investors has diminished.

The proposed railway project is estimated to cost between EUR 7-8 billion. Immediately after meeting with Li, Pellegrini stated that China “has interest” in the project. However, contrary to popular belief, six years of 16+1 platform’s existence has demonstrated that Chinese offers of this nature are not necessarily attractive to EU member states, nor necessarily in compliance with EU law.

China prefers to pursue construction projects based on direct agreements with national governments. Such agreements tend to include provisions on credit lines with state guarantee of repayment as well as more or less direct selection of Chinese contractors, which usually use Chinese materials and labour. By this, China attempts to circumvent EU public contracting regulations by including requirements to use Chinese contractors in the terms of the credit line.

Secondly, to finance projects, China typically offers credit lines with relatively high interest rates. Thus, it is neither an investment nor a grant. While this offer might potentially be of interest for high-risk and/or poor countries that lack alternatives, it is simply not appealing for EU members, who can obtain much cheaper, even free, funding elsewhere.

Thirdly, engaging Chinese firms, and using Chinese materials and labour can reduce the price of the whole project. However, this inevitably leads to outflow of state capital from the project’s host country. State expenditure loses its multiplication function as money will not continue to circulate in the national economy and generate further spending. Moreover, media often report on cases of corruption in decision making processes of these projects. The extent to which Slovak representatives understand these risks is questionable.

Limits of China as an export destination

Proclamations on Slovak exports to China are of a very different nature than the wide-gauge plans. We have been hearing about plans of this nature for a long time now, but without any end result. Even if the plans are successfully executed, there are doubts whether they would generate any relevant and lasting benefits for Slovakia.

Take, for example, the export of cars and food products. Cars represent the largest portion of Slovak exports to China. Following the global financial crisis, Slovak exports to China increased thanks to the growth of car exports. Announced reductions of Chinese tariffs will thus have an impact on Slovak economy. In short term, tariff reduction will address the problem of stagnating exports to China. In the long-term, however, we must realise China is building its own car production capacities. The quality of domestic Chinese car manufacturers is improving rapidly. Many foreign manufacturers also locate their plants in China. Thus we must ask for how long it will remain profitable to transport cars such a long distance.

Food products prompt interest for a different reason. Firstly, food production and agriculture are marginal sectors of the Slovak economy in terms of their contribution towards overall GDP and employment, and as a component of overall Slovak exports. Secondly, Slovak producers have small capacities to satisfy the large Chinese market. Only very few producers are capable of supplying goods to China in sufficient quantity. Thirdly, as hinted by Pellegrini, China does not allow import of most foods from Slovakia. In only a few cases the certification process has commenced, but so far none have been certified.

Since at least 2012, China has declared its intention to deal with its tremendous trade imbalance with Slovakia and other Central and Eastern European countries. However, during the six years of the 16+1 platform, the situation has deteriorated, with no credible attempts on China’s part to deal with this problem by opening its own market. In the last couple years, the volume of Slovakia’s export to China has been decreasing, thus contributing to the growing trade imbalance.

Neither a bridge, nor a gate

One of the most popular platitudes about cooperation with China is to suggest Central Europe is an investment hub, a gate to Europe, or a bridge between East and West. Virtually all of the sixteen countries of Central and Eastern Europe participating in the summits use such phrases in their own narratives. Slovakia is no exception.

Major transportation routes from China to Western Europe currently bypass Slovakia. Railways go primarily through Russia to Poland and Germany. With great pomp, a first train originating from China arrived in Slovakia last year. Despite grand plans for establishing a direct trade route between China and Slovakia, no further trains stopped here. Trains only pass through on their way to other European countries. Another route used by China runs from Greece and other Adriatic harbours through Hungary to Austria. Slovakia is largely left out and serves as neither a bridge, nor a gate.

The misplaced notion of Slovakia as an investment ‘hub’

At the same time, many of the Central and Eastern European countries do not really offer a significant number of investment opportunities to the Chinese. China for the most part is not searching for locations to base its own production, servicing, or research capacities. In the developed world, China attempts to gain access to top-notch technologies and brands; in the developing world, access to raw materials and infrastructure building projects. In Chinese eyes, Central Europe stands somewhere in between the two, with an unclear potential and little-known environment.

To be clear, the Chinese presence in Slovakia will grow. Even though major Chinese projects were not carried out here in Slovakia itself, Chinese companies almost acquiredthe largest TV station (Markíza) and one of the largest employers in the country (U.S. Steel Košice). Also, a portion of Slovak exports to Western Europe, especially Germany, end up re-exported to China. The actual exposure of Slovak exports to China is between three to four times higher than the gross export data suggests.

Yet to be realistic, first and foremost, we need to understand the Chinese approach to be able to distinguish real developments from wishful thinking. We need to formulate a sober policy approach, which will not operate with naïve metaphors of expecting economic aid, even salvation, from China, but one that will nevertheless recognise the increasing relevance of China for Slovakia and its growing importance as a world player. Results brought back home from Sofia by Slovak representatives show that we are still not moving in the right direction.

This article originally appeared at The Asia Dialogue and was prepared as part of project by ChinfluenCE, mapping Chinese political and economic influence in Central Europe.