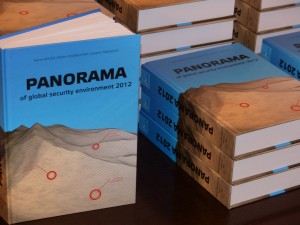 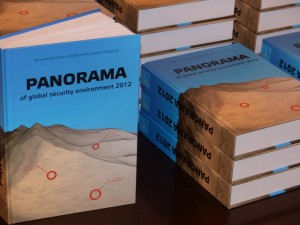 Centre for European and North Atlantic Affairs (CENAA) announces a call for proposals for the publication Panorama of global security environment 2015. IAS is in charge of the Asia-Pacific section of the coming publication and will participate on the publication process.

Panorama is the most prestigious project of Central European security and foreign policy community with contributions from all continents. Panorama is published annually and has approximately 750 pages.

If you would like to contribute to Panorama 2015, please send an abstract via e-mail to publications@cenaa.org by February 16, 2015. Abstract in English should be between 200 and 250 words long and submitted in .doc or .rtf format. Please include your full name, e-mail address and institutional affiliation.

Authors of the selected abstracts will be notified via e-mail by the end of February 2015. Deadline for the final versions of accepted contributions (15 pages) is April 30, 2015.

The structure and the topics of the Panorama 2015:

The structure and the topics of Panorama 2015