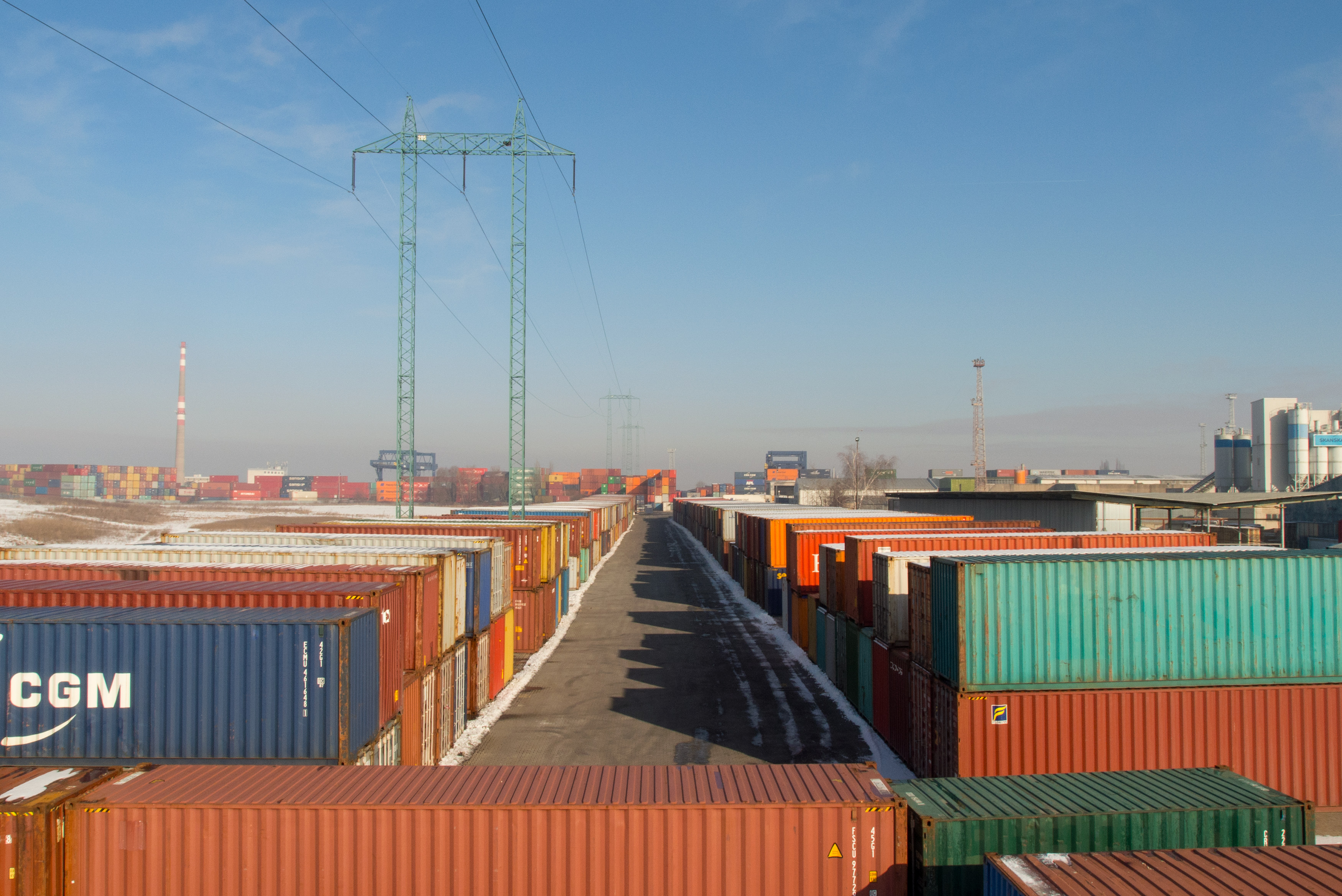 Any connectivity project – especially, on the scale of the BRI – is likely to have unexpected results. The main unintended effect of the China-CEE “16+1 platform” has been the criticism from the EU. Multiple high-level summits, business meetings, and statements by representatives of the CEE countries and China seem to be framing a new regional context in the European continent by introducing China as an important factor in European affairs. Such unexpected outcomes are not necessarily harmful to either the BRI or China’s long-term objectives. What however would be detrimental is if such rebound results remain unaddressed.

The spotlight of the Belt and Road Initiative (BRI) is usually on the Asian (be it the Central Asian, South Asian, or Southeast Asian) or African participants. Yet, Europe – especially, the post-communist countries of Central and Eastern Europe (CEE) – forms an important part of the BRI. In fact, the CEE region was among the best represented regions at the 2017 Belt and Road Forum: of the 28 heads of state or government, four were from the region (Czech Republic, Poland, Hungary, and Serbia), while Romania sent a delegation led by the country’s deputy prime minister. This reflects the very intense development of the China-CEE cooperation under the auspices of the BRI. Better known as the “16+1”, China has been developing relations with sixteen CEE states: Albania, Bosnia and Herzegovina, Bulgaria, Croatia, Czechia, Estonia, Hungary, Latvia, Lithuania, North Macedonia, Montenegro, Poland, Romania, Serbia, Slovakia, and Slovenia. The “16+1” mechanism involves quite a heterogeneous group of countries. Of the sixteen participating CEE states, eleven are European Union (EU) member states (five of which are also members of the single currency Euro-zone), four are EU candidate countries, and one is a potential candidate state. To many observers, therefore, the multiple high-level summits, business meetings, and statements by representatives of the CEE countries and China seem to be framing a new regional context in the European continent.

Yet, this appeared to be coming undone at the start of 2019, when Poland and Czechia, two of Beijing’s erstwhile regional partners in the BRI, indicated their intention to exclude the Chinese telecommunications company, Huawei, from their respective 5G networks. In January 2019, Poland arrested Huawei’s country director on allegations of espionage. At the same time, the Czech PM Andrej Babiš ordered a ban on the use of Huawei and ZTE devices by government officials after accusing the Chinese ambassador to the country of wilful deception. It would be easy to interpret the Polish and Czech positions only in the context of a global struggle for power between the USA and China. Indeed, it would seem that both Warsaw and Prague have indicated support for Washington over Beijing. Yet, while still part of the explanation, such an assessment overlooks several contingent factors that have played a significant part in both Warsaw’s and Prague’s willingness to seek confrontation with Beijing.

Positioned as two of the poster children of China’s relations with CEE countries, Poland and Czechia have attracted significant criticism from both the EU and the US for their bonhomie with Beijing. The initial impetus for the CEE cooperation with China has been the desire for diversification of their trade and economic relations. In this respect, the CEE countries are no strangers to the global trend, where countries the world over are seeking to benefit from the bonanza promised by China’s huge financial reserves and growing markets. This trend has intensified particularly since the 2008 Global Financial Crisis, which saw decreasing levels of funding from traditional donors and investors. However, more than five years after the “16+1” was launched, apart from the EU and the US criticism, most of the CEE countries have little else to show as a tangible outcome of their relations with China. This does not mean that Chinese trade and investments in the CEE countries have not increased, on the contrary – they have; but in most cases only marginally. The levels of trade and investment have not matched the volume of Chinese rhetoric. The EU (and the EU member states) remains the main trade and investment partners for all the countries of the CEE region. In this setting, a number of the CEE participants in the “16+1” are growing increasingly frustrated with China and, in some instances (as the cases of Poland and Czechia might indicate) they appear willing to cut their losses before it is too late. Such rebound results – that is, outcomes that are contrary to the intended goals – are likely to become a more common feature of the BRI.

It would seem, therefore, that China needs to confront itself with the unintended effects of its BRI outreach. Any connectivity project – especially, on the scale of the BRI – is likely to have unexpected results. In many ways, such hiccups are perhaps to be expected. Geopolitics is a complex and unpredictable game. Scholars studying the evolution of great powers have demonstrates that they never have all their foreign policy attention focused on a single area of the world. What is equally important, they have even less control over the outcomes of their actions. Owing to the nature of their global outreach, great powers must keep an eye on every part of the world. As a result, they all suffer from attention deficit/hyperactivity disorder (AD/HD) – an inability to keep their focus on any one country, region, or issue for long periods of time, due to the need to constantly reify their involvement in all other countries, regions, and issue areas all at the same time. Consequently, great powers are hyperactive owing to the need to demonstrate an ongoing ability to act in every part of the world. As a result, the attempts of great powers to influence specific crises and countries always tend to backfire, because they cannot keep their undivided attention on any of them. Such inference is even more pertinent for rising powers, who are yet to establish the institutional wherewithal to sustain their global aspirations, while at the same time struggling to meet the expectations of their emergence to global prominence. At the same time, as China is discovering, these expectations are neither uniform, nor complementary. It is in the context of such unique “expectations-capability gap” that unintended effects proliferate.

The point here is that such unexpected outcomes are not necessarily harmful to either the BRI or China’s long-term objectives. What however would be detrimental is if such rebound results remain unaddressed. In particular, China might need to take a moment of reflection, toning down its rhetoric and amplifying its listening to the frustrations of its BRI partners. In the CEE region, one of the main reasons for dissatisfaction is the lack of implementation of the pledges made by China. In this setting, the success of the “16+1” is not entirely dependent on China alone, but depends on the kind of interactions that the BRI engenders in the CEE region and the way such interactions frame the responses of China’s regional partners. For the time being, it seems that Beijing has been promising the CEE countries increasing investments and deepening cooperation, while offering numerous opportunities for high level meetings and photo-ops. Yet, perhaps, with the exception of Serbia and, to an extent, Hungary, in the majority of the other CEE countries, these pledges are still mainly a rhetoric.

Probably, the main unintended effect of the “16+1” has been the criticism from the EU of China’s relations with the CEE countries. One of the intentions of the China-CEE cooperation was to facilitate the broader pattern of China-EU relations. Yet, the result so far seems to be the very opposite. What the EU seems to find upsetting is China’s staying power implicit in the creative institutional architecture that it is introducing in the continent. It seems that the “16+1” is becoming more than an annual summit but is gradually moving towards a regional institution defined by Chinese initiatives. In this respect, one of the usually overlooked unintended effects of China-CEE relations is that for most CEE countries the BRI offers a novel platform for the (re)articulation of their international identity and global outlook.

In short, almost three decades after the end of the Cold War, China’s BRI offers an alternative pivot on their foreign policy horizon. Traditionally, the outlook of the CEE states has been subject to a complex triangulation between the US (NATO), the EU, and Russia. In this respect, Washington, Brussels, and Moscow have provided the point of departure for the articulation of their international identities and interests. The emergence of China in the CEE region has provided a unique opportunity for the re-articulation and re-positioning of their established international stance. This does not mean that all CEE states will radically shift their outlook. The suggestion merely is that Beijing might provide a fourth pillar in the projection of the international identity of CEE states and, as such, it needs to be taken into account.

As a result, what is already becoming obvious is that, to all intents and purposes, China has emerged as an important factor in European affairs. As the BRI demonstrates, Beijing will not be a fleeting presence on the continent, but an actor who is here to stay. Such inference reflects not merely the dense institutionalization of the “16+1” mechanism, nor the multiple reactions by the EU and Euro-Atlantic organizations that the BRI initiative has garnered. Instead, the claim here is that these are symptomatic of a much broader and more complex Chinese entanglement in European affairs. In this respect, the “16+1” mechanism has increasingly started to be seen as an indication of China’s capacity to deploy its economic prowess to contest the dominant norms, rules, and arrangements promoted by the EU. As such, the practices of connectivity underpinning the new Silk Roads embed China firmly in local patterns of interaction by reifying its engagement in, contribution to, and participation in the shifting geopolitical realities on the continent. In short, the assertion here is that China has already become a fully-fledged European power. This demands from China that it owns this position by beginning to act like one. This move implies an acknowledgement that things in global life are not merely interconnected and/or interdependent, but that they gain meaning and significance within complex webs of entanglements and encounters with others.