What does Russian Federation want to achieve in Myanmar? 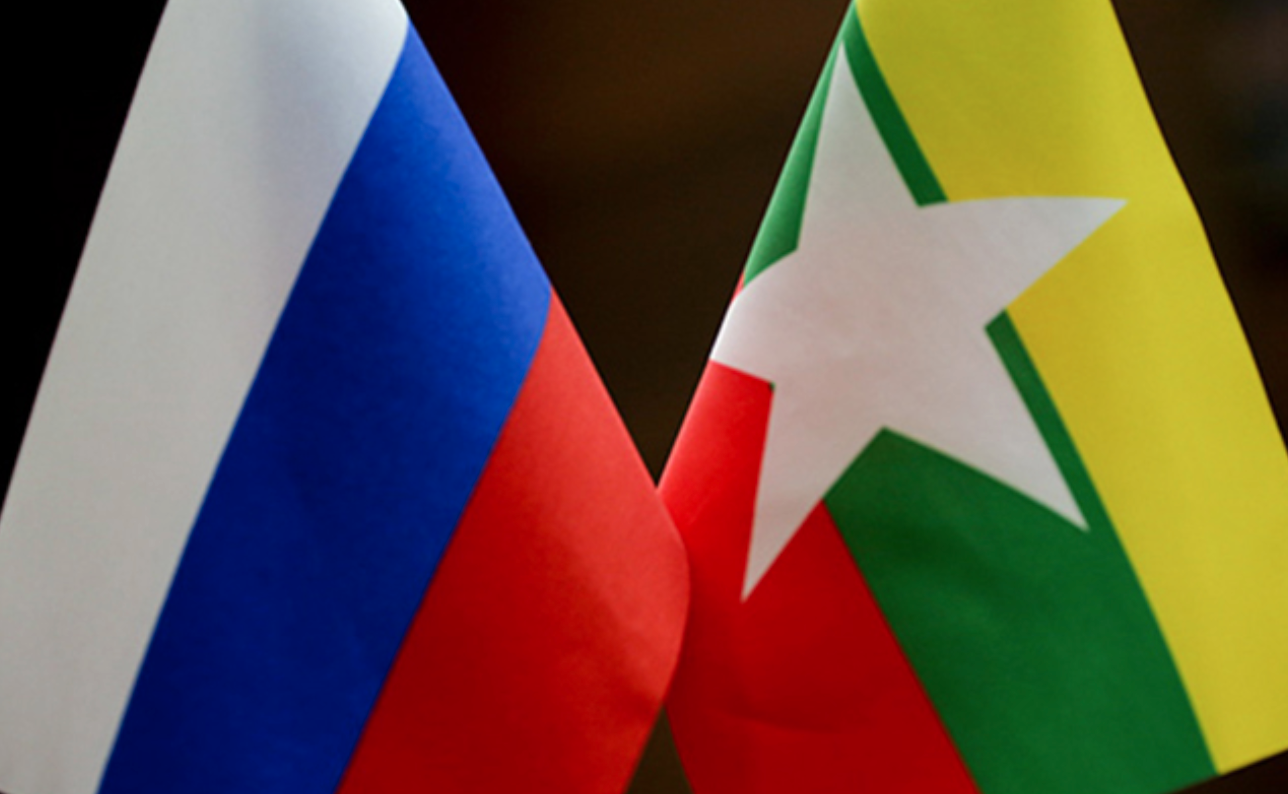 A couple of weeks ago I was approached by a group of Myanmar colleagues as a person who follows Russian internal and foreign policy closely for years. Their question found me unprepared, though. They were telling me that they want to start a campaign in order to persuade Kremlin to stop selling arms to the military junta and generally to withdrew Moscow’s support for Myanmar generals. This was the moment when this text was born. It is addressed to people who were (for various good reasons) never interested in Russia, in order to explain what is Russia’s stance on Myanmar. A very good and telling example is a trip to Russia conducted by general Min Aung Hlaing in June this year.

Most pompous reception he received in Russian Ministry of Defence. Minister Sergei Shoigu even started his greeting in the Burmese language. “Dear supreme general! Dear friend! I am delighted to meet with you again!,” said Shoigu according to Russian state press agency RIA Novosti. Minister Shoigu also said that “military and military-technical cooperation is a very important part of our complex mutual relations”. He also praised Min Aung Hlaing personally. “As of today armed forces of Myanmar are of the most effective in the whole region. They are equipped with contemporary weapon systems and arms and this, without doubt, goes to your credit,” said Shoigu.

This is definitely not an overstatement. Myanmar is a long-term buyer of Russian weapon systems. Russia is the second-biggest seller of arms to Myanmar after China. Its share is 16 per cents of all weapons Myanmar has purchased between 2014-2019. At this moment Myanmar is waiting for the delivery of six fighter jets Su-30 from last year’s contract, and in January 2021 both sides signed an agreement on purchasing one Russian anti-aircraft system and several UAV drones for tactical reconnaissance. According to South China Morning Post, Russia received over 1,5 billion dollars for its weapons between 1999 and 2018.

Aircraft, primarily Su-30s and Jak-130s, and their equipment, from missiles to navigations, remain the major items of Russian military supplies. There was no coincidence that Min Aung Hlaing visited the major Russian air show MAKS-2021. It was there, where he also met the head of Russian military export agency Rosoboronexport Alexandr Mikheev. “We have very intense and close cooperation regarding the export of weapon systems, especially of aircraft. Myanmar is one of our key partners in South-Eastern Asia,” said Mikheev.

But it is not just aircraft, experts are speaking also about the Myanmar Navy’s interests. Especially, in diesel-electric attack submarines of Kilo-class, designed for anti-shipping and anti-submarine operations. On the other hand, Russian admirals are eager to widen their operations in South-East Asia. In Russian military media, there are articles about a need to closely cooperate with the Indian navy, so it would be suitable for them to have some naval bases, or just some friendly ports, on the road to India. And Tatmadaw officials are also implying in their commentaries that there will be no problem organizing some repair and supply base for Russians in one of the Myanmar ports. More realistically-minded commentators are indicating that for the moment of being it’s rather wishful thinking. Russian Pacific fleet does not have enough ships for a long-term distant presence in the Pacific, so the need for Myanmar ports is also quite insignificant.

There is also cooperation between Tatmadaw and the Russian army in the form of education and military exercises. For example, in mid-August group of Myanmar soldiers took part in the competition of paratroopers in the Russian Ryazan region together with sixteen other countries like China, Brazil, Pakistan, or Congo, and Mali. In August Myanmar navy will also participate in the drill of the Russian Pacific fleet together with China. Hundreds of Myanmar army officers are studying in Russia, specifically, they are trained in operating the Russian weapon systems.

But the minister of defense Sergei Shoigu was not only one high-ranking representative of the Kremlin, who met with General Min Aung Hlaing. Much less covered, but definitely not less important, was meeting with the head of National Security Council Nikolai Patrushev. Former KGB officer and long-term head of FSB, Russian counter-intelligence agency, is one of the key figures of Vladimir Putin’s regime and is considered to be a chief architect of the annexation of Crimea in 2014. “During the meeting, both parties discussed topics of Russian-Myanmar cooperation in the field of fight against terrorism, problems of regional security and also questions of inadmissibility of incursion of foreign states into internal affairs of Myanmar,” said the spokesman of Security council Evgeny Anoshin. The last topic is especially important because Patrushev is a strong believer in the concept of a Western conspiracy against Russia and other states. He said that the USA “would much prefer that Russia did not exist at all.” He repeatedly claimed that former US Secretary of State Madeleine Albright said, that Siberia should not belong to Russia, because it is too resource-rich. It is a rather bizarre story because his source for the quote is a certain Russian psychic, who is claiming that he had been able to read Albright’s dreams when she was visiting Russia.

But funny part aside, Patrushev is literally obsessed with conspiracy theories and his understanding of Myanmar goes through this prism. For him, all the opposition to Myanmar military rule is a part of the Western conspiracy, supported by the CIA and other Western secret services. He has perceived events in Myanmar as another “color revolution”, sponsored by the West and aimed at overthrowing the existing government and installing a regime, loyal to the West. For him, it is intolerable, since this technique can be used against the Kremlin regime as well. Generally, Kremlin is strongly opposing any regime change from the streets and this optics is applicable for the Myanmar situation as well.

Apart from military cooperation and dislike towards opposition movements, there is frankly speaking not much for Russia in Myanmar. Sure, several state-owned Russian corporations indicated their interest in investing in Myanmar, from jade excavations to building railways and other transport infrastructure. But it was during the previous Myanmar government and there are no signs of new projects. On the contrary, Moscow is actually writing off some of the previous projects, such as the iron smelting factory that was built by state company Rostech, which had received a state subsidy and now is asking the Russian government not to be obliged to return it, when the factory was not finished. “Reason, why the project was not finished, is a military coup in Myanmar, so we considered our part implemented. The problem lies on the side of the Myanmar government,” writes Rostech.

Visit of General Min Aung Hlaing has shown a rather ambiguous Russian approach to the current Myanmar regime. Vladimir Putin’s spokesman Dmitry Peskov excluded the possibility for the general’s meeting with the Russian president, in no uncertain terms, and advised journalists to ask the Ministry of Defence about the merit of the visit. It was definitely not a state visit, no bread and salt greeting on the tarmac. There are several reasons for that. There is a delicate relationship with China, that considered Myanmar as their sphere of influence. If Beijing is not keen to fully recognize the results of the military coup, Moscow will follow the lead. For Russia, China is a too important partner, especially during its confrontation with the West, so Kremlin will not do anything to antagonize Beijing. Definitely not in the situation when Russia’s interests in Myanmar are rather weak.