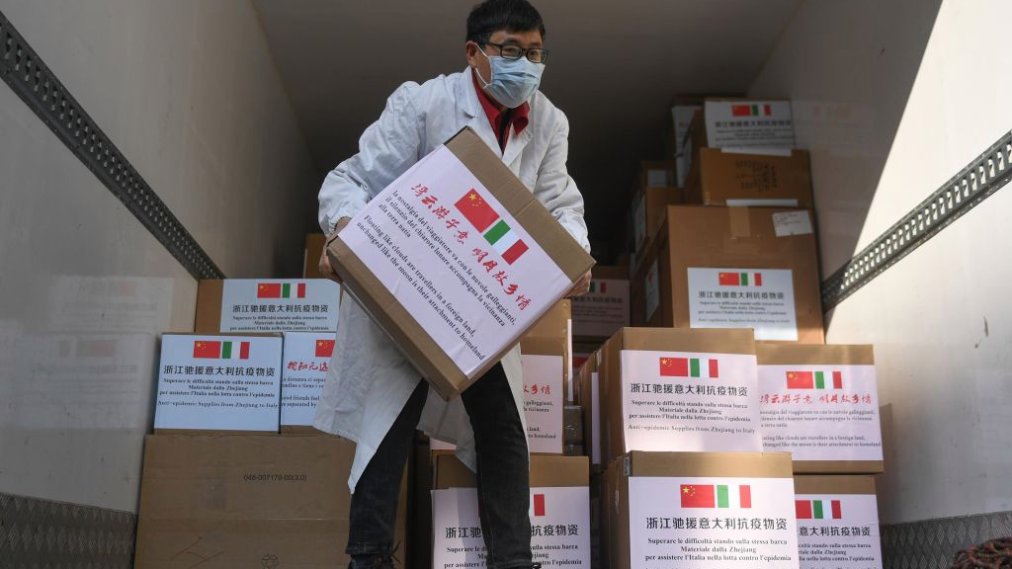 At first glance, both China and Italy responded to the COVID-19 outbreak similarly. Looking closer, we discover that the scope of the measures was not the same and it produced very different outcomes.

Since the COVID-19 disease began to spread, there has been a hot debate about the timeliness of various countermeasures across the globe. We know by now that China’s response was too slow, nevertheless, the lockdown measures in several Chinese regions bore its fruits. When the virus reached Europe, Italy was the first country to report cases of infection. Why did Italy not manage to isolate the virus with the implementation of a lockdown like it had been reported in some regions in China?

Let’s start from the beginning. On the last day of 2019, the WHO reported a cluster of pneumonia cases in Wuhan. Three days later, the disease had officially been distinguished from other diseases. Less than a month later, on the eve of the Lunar New Year (23 January), Wuhan went into lockdown. At the same time, various clampdowns were increasing across other regions of China: in Huanggang, bus and rail services were suspended, cafés, cinemas, theatres, and exhibitions were shut; similarly, in Xiantao, gatherings were prohibited and the transportation was also suspended; and Beijing decided to cancel all major Lunar New Year celebrations.

At the time of the Wuhan lockdown announcement, China reported a total of 571 patients infected with the coronavirus in the country (with 375 in the Hubei province) and 25 dead. Based on the observation that the virus seemed to spread very fast, on the next day, with already 830 infected and 41 dead, the lockdown was expanded to 13 other cities, affecting at least 36 million people.

A mere month after the WHO first reported the disease, several countries had already been hit by the virus. In Italy, the first two cases were reported on 30 January, when Chinese tourists were tested positive for the coronavirus and put into isolation. Prime Minister Giuseppe Conte assured the Italians that the system of prevention in the country was the strictest in Europe and Italy was well prepared.

By the end of February, leader of the Democratic Party in Italy Nicola Zingaretti posted a photo of himself enjoying an ‘aperitivo’ with a group of young people in a bar in Milan and encouraged fellow Italians to not change their habits and go out for coffee or pizza, although there were already more than 400 infected people in the country and the number of fatal cases hit the double digits. Zingaretti claimed that the Italian economy was much stronger than fear among people caused by the virus. Nine days after he returned from this trip to Milan, Zingaretti tested positive for COVID-19. That day, Italy reported already 5 883 cases of the disease with 233 people dead.

At this point, Italy had become one of the most badly affected countries in the world.  China applied strict measures to prevent the further spread of the disease and placed whole regions under lockdown when there were a few hundred infected. How did Italy respond? The first lockdown was announced on 22 February (79 cases, 2 dead) in the regions of Lombardy and Veneto. The government shut down schools and universities only on 4 March (3089 cases and 107 dead). A further extension of the lockdown, affecting a total of 16 million people living in the north of the country, came four days later (7375 cases and 366 dead). Finally, on 9 March, the lockdown was extended to cover the whole country; by then Italy had 9 172 patients and 463 had already died from the disease.

We can conclude that although the reaction time in both China and Italy were the same, the scope was different and brought about different outcomes. It took 23 days for China to take action and put Wuhan under lockdown, with a few hundred infected being reported in the country. Similarly, in Italy, the first reaction came 23 days after the discovery of the first two cases, but it did not cover the whole affected area. The lockdown had been expanded in phases, the last of which came when there had already been thousands of infected and hundreds of dead in Italy. Italy’s, and broader Europe’s reaction to the virus outbreak was too slow, especially given that the whole world already knew, to a certain extent at least, what was happening in China and could have better prepared.