The main purpose of CEIAS is to spread knowledge about Asia among scholars, experts and professionals in Central Europe and beyond, while at the same time to inform the wider world about Central European engagements with Asia.

To meet our aims, we conduct and publish own research, organize public seminars and conferences, support education about relevant Asian topics, and communicate with the media. Our activities focus mainly on international relations and security studies in the geographical regions of East, Southeast, South, and Central Asia. The CEIAS cooperates with similar organizations and like-minded individuals in the region and beyond to help achieve our goals. 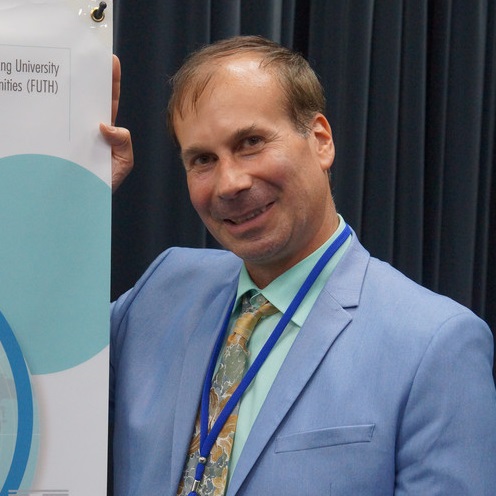 Dr. Alfred Gerstl is an International Relations specialist with a regional focus on Southeast and Northeast Asia, as well as Central Eastern Europe, and on IR theories (traditional and human security). He has expert knowledge on the Southeast Asian political and economic systems. He studied Political Science at the University of Vienna (MA and PhD) and IR at Macquarie University in Sydney (MA). Alfred holds a Marie Sklodowska-Curie Individual Fellowship (reg. CZ.02.2.69/0.0/0.0/18_070/0010285) at the Department of Asian Studies at Palacký University in Olomouc (Czech Republic). Previously, he was key and excellent researcher in the EU-funded project „Sinophone Borderlands – Interaction at the Edges“, responsible for the Dialgue Units Southeast and Central Asia and civil society in China. Alfred is also Adjunct Professor at University of Vienna where he defended his habilitation thesis on regional cooperation in Southeast Asia. 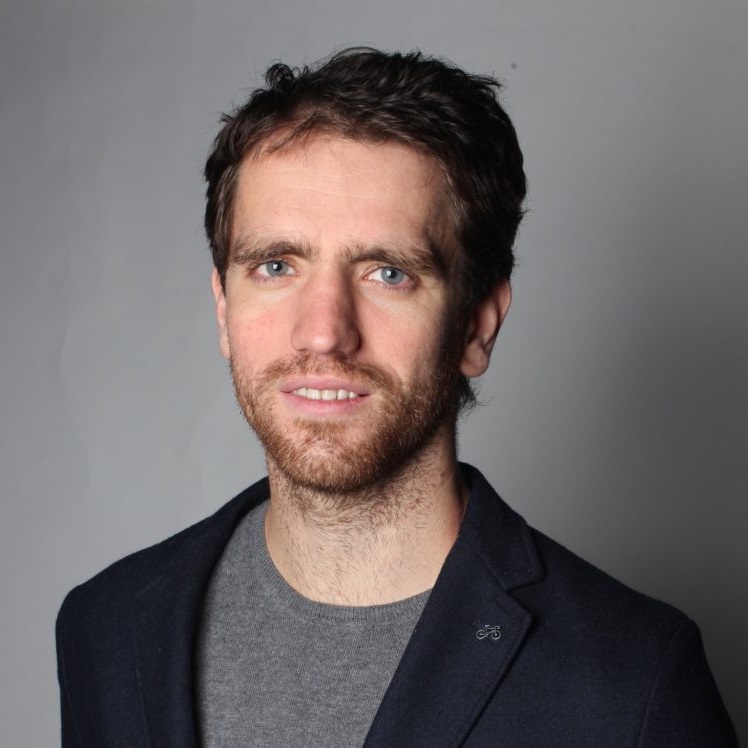 Richard Turcsányi studied international relations, economics and political science at Masaryk University, Brno and currently is pursuing his Ph.D. at the Department of International Relations and European Studies of the same institution, where he also teaches courses on current East Asia, Chinese Foreign Policy and theories of international relations. In the past he studied a semester at University of Malta, took a course on Chinese Foreign Policy organized by Peking University and London School of Economics in Beijing and studied Chinese language for a semester in Guangzhou. He taught at Indian LPU University, worked as an intern at the Slovak Embassy in India and the Foreign Ministry. Currently, he is an Editor-in-Chief of Global Politics Journal based in Brno and a Senior Analyst at Slovak Governance Institute in Bratislava. Since August 2014, he has been working on a research project of the Taiwan Foundation at the National Chengchi University in Taiwan. 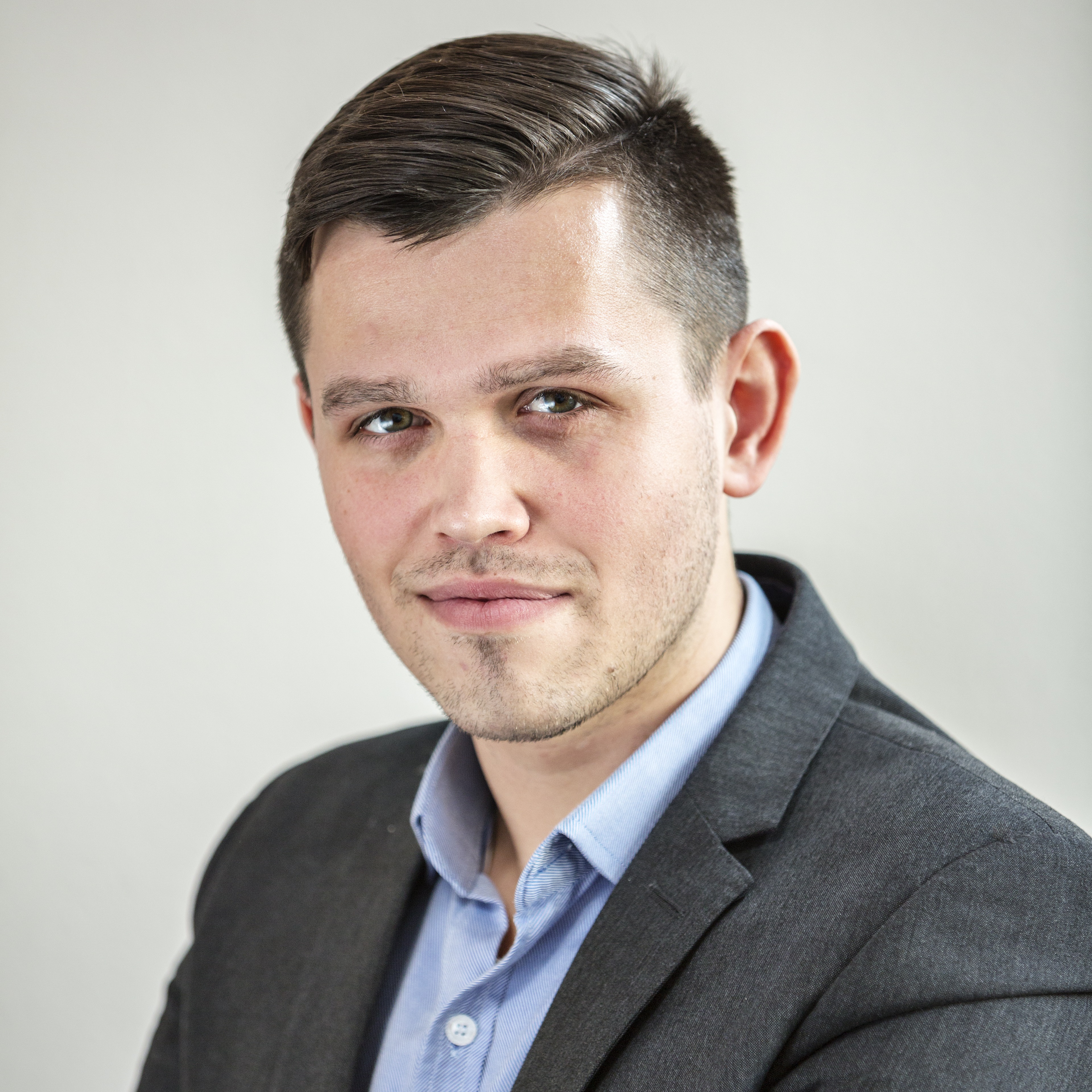 Matej Šimalčík studied Master in Law at the Masaryk University in Brno (2015). He also studied BA in International Relations at the same university (2015). He continued to study International Relations at the University of Groningen in Netherlands, where he pursued a Master in IR with focus on East Asia (2017). As part of his Master in IR, he studied at the Tsinghua University in Beijing (2016). He is interested in Chinese foreign and security policy, strategic culture, and relations in the South China Sea area. In 2016-2018 he was a legal counsel at the Slovak branch of Transparency International where he dealt with anti-corruption measures. 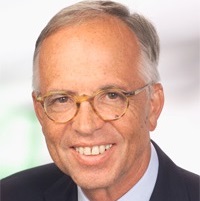 Dr. Werner Fasslabend has graduated from Vienna University with a doctor of laws degree. He is President of the Austrian Institute for European and Security Policy. Previously, he served as Austria’s Federal Minister of Defence from 1990 to 2000. During his tenure he initiated a far-reaching reformation in the Ministry and adapted the organisation of armed forces to the new threat scenario. From 2000 to 2002 he served as president of the Austrian Parliament. 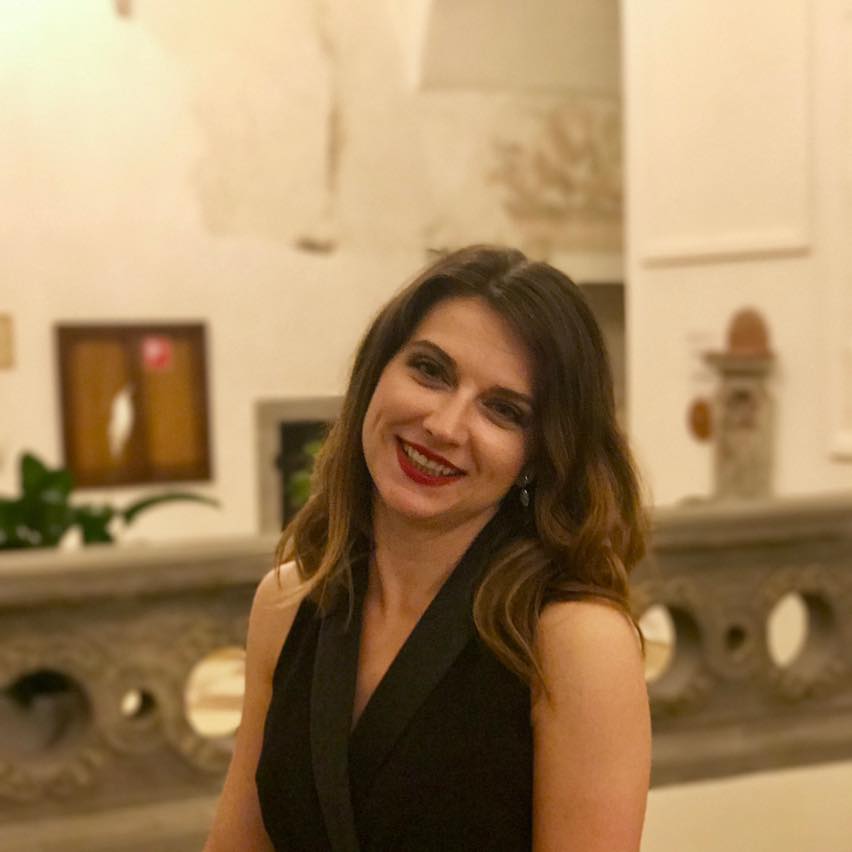 Lucia Husenicová is an alumnus of the Faculty of Political Science and International Relations at the Matej Bel Universityin BanskáBystrica in the International Relations program. She finished her PhD degree in 2009 by successfully defending a dissertation thesis “North Korea as a Geopolitical Pivot”.During her PhD studies, she received the award “Student of the year”in 2007/2008, granted annually under the auspices of the President of the Slovak Republic, in the category of law, culture and theology.In 2009, she was granted a special award of the Rector at the Matej Bel University.Currently she works at the Department of security studies at the Matej Bel University where she gives lectures on the strategies of major actors and the security situation in East Asia. Moreover, she gives host lectures at the Department of International Relations and Diplomacy in a course on International Relations theories. In 2007, she was a visiting student at the United National University – Comparative Regional Integration Studies in Bruges, Belgium, where she participated in the finalization of the project „Capacity Survey – Regional and Other Intergovernmental Organizations in the Maintenance of Peace and Security“. In July 2009, she participated in a workshop organized by the Korean Foundation in cooperation with the Hanyang University in Seoul. From February to August 2010 she was a visiting researcher the Sogag University, Seoul with a support of the Korean Foundation scholarship. In September-October 2012 she participated in an international program at the Lanzhou University organized by the Foreign Affairs Office of Gansu Provincial Government. In June-July 2013, Lucia took part in a two-week-long workshop for the CEE professionals in Beijing, organized by the Chinese Foreign Affairs University. 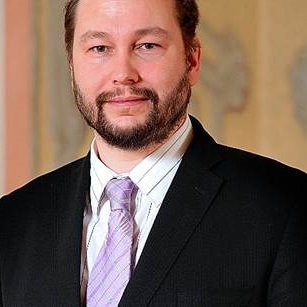 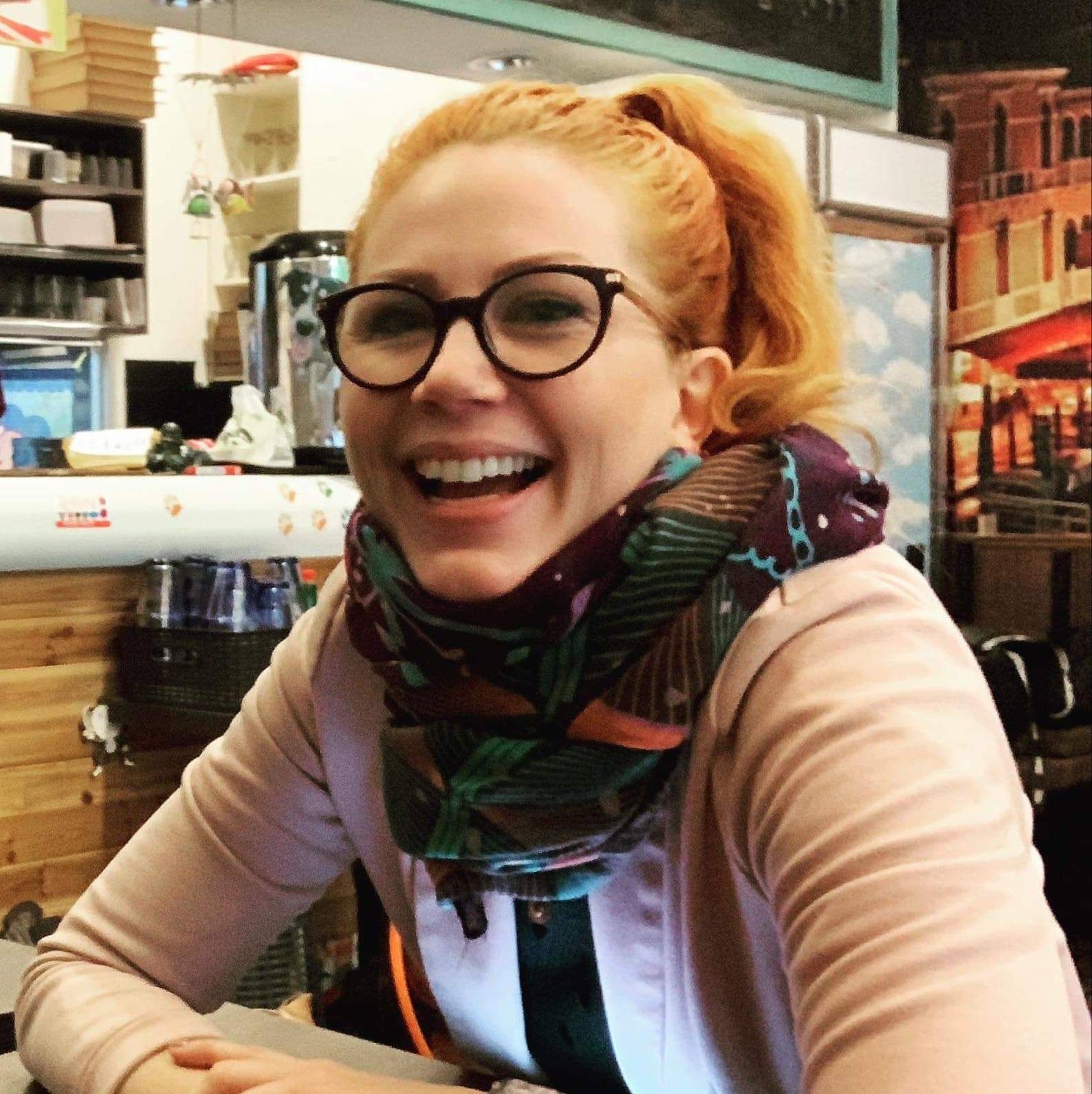 Kristina Kironska is a scholar and activist with experience in Myanmar affairs, CEE-China relations and activism. She studied International Relations in Slovakia, Portugal and Taiwan. She conducted research and worked for a local NGO in Myanmar, before embarking on a job at Amnesty International. She has given many lectures and talks and co-organized international conferences. Currently, she lives in Taipei where she conducts research on Taiwan-Myanmar relations (as part of the Taiwan Fellowship program) and lectures at the University of Taipei. She also runs the English speaking Amnesty International group in Taipei with regular meetings on various human rights topics. She published several articles and books about political transition and the electoral system in Myanmar, migration in Asia, and CEE-China relations. 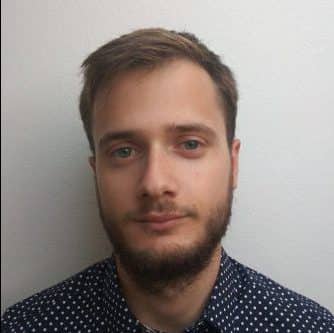 Research interests: Japanese and Chinese foreign and domestic policy, political and security issues of East Asia, the role of the United States in the region, Chinese discourse and propaganda

Filip Šebok is a Research Fellow at CEIAS and at the Association for International Affairs (AMO) in Prague, where he works on the MapInfluenCE and CHOICE projects. Filip studied Sinology and International Relations in Czech Republic (Masaryk University, Brno) and China (Renmin University, Beijing). He also worked for Slovak think-tank STRATPOL and interned at the Ministry of Foreign Affairs and Slovak Embassy in Beijing.

Research interests: Japanese and Chinese foreign and domestic policy, political and security issues of East Asia, the role of the United States in the region, Chinese discourse and propaganda 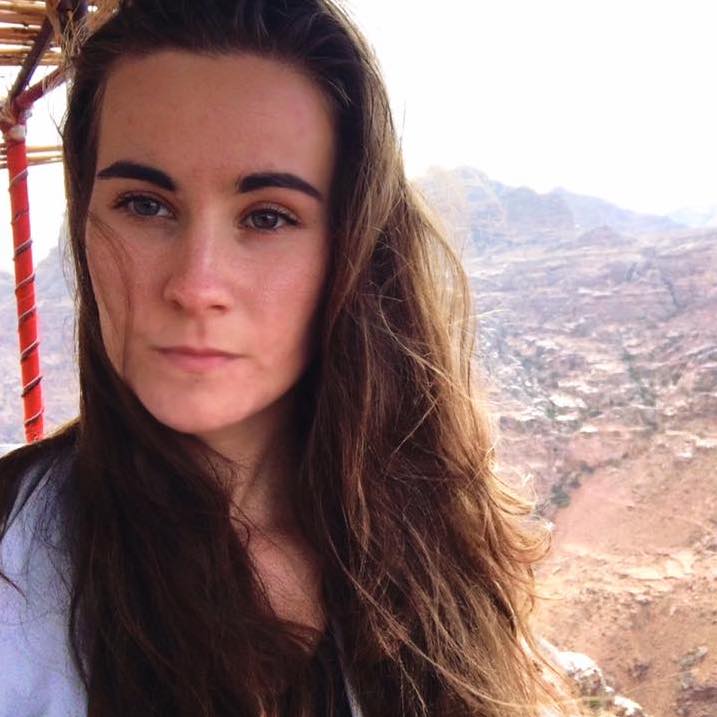 Barbara Kelemen is a non-resident research fellow at CEIAS. She holds a double masters degree in International Affairs from London School of Economics (LSE) and Peking University. Previously she worked at the International Institute of Strategic Studies (IISS) in London and Mercator Institute of China Studies (MERICS) in Berlin writing on issues regarding China's security policy. She currently works as a Research Associate for Asia-Pacific at the the Risk Advisory Group in London. 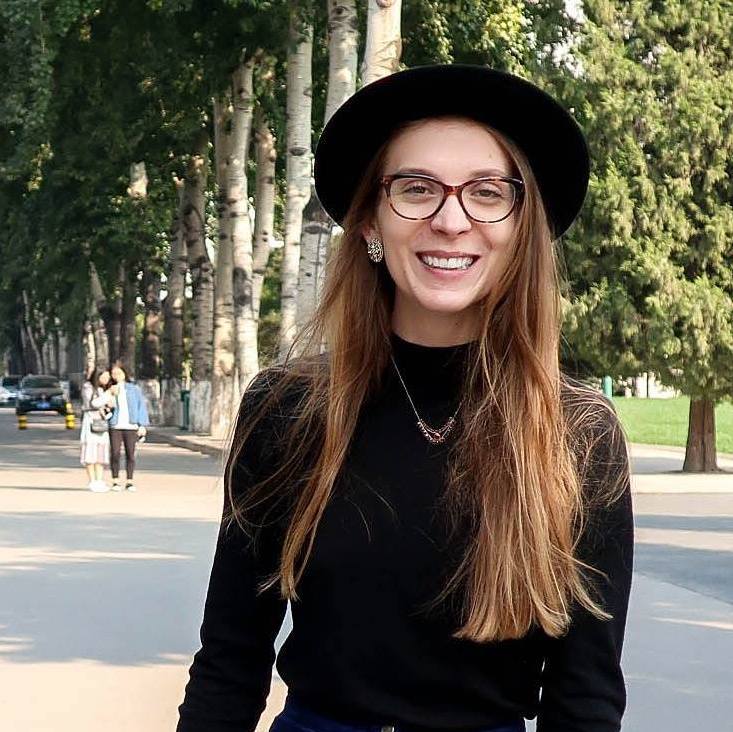 Klára Dubravčíková studied Chinese Cultural Studies at Masaryk University in Brno. In 2015, she participated in a summer school program at National Chengchi University in Taiwan focused on the Chinese language and societies, cultures, and politics of East Asia. During her studies in Brno, she also took part in a short-term exchange program and studied at Chongqing University. Currently, she continues with her studies at Beijing Language and Culture University in China. She is interested in contemporary history, Chinese domestic propaganda and censorship as well as the question of Taiwan’s status. 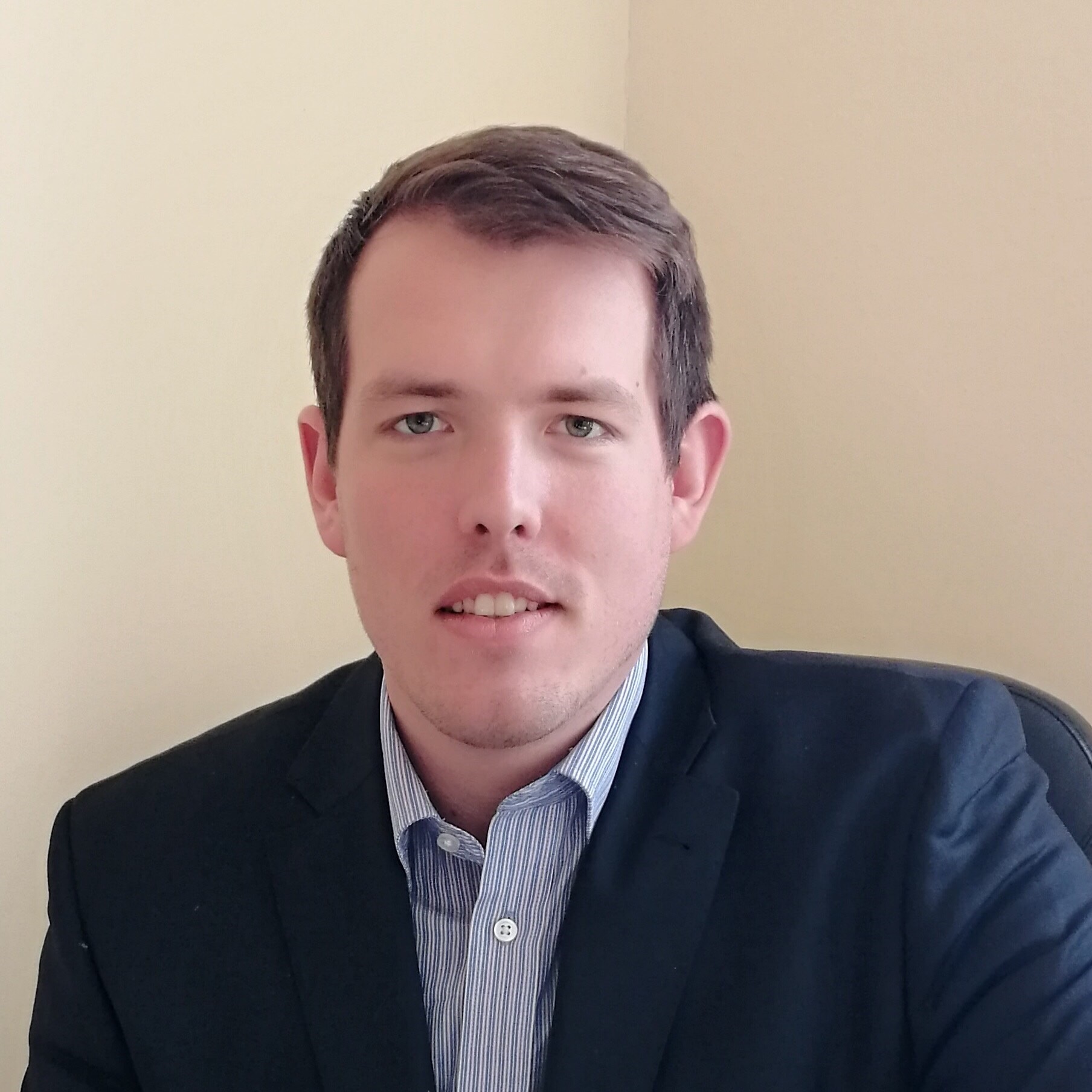 Róbert Vancel is PhD. candidate at the Department of IR and Diplomacy at Matej Bel University in Banská Bystrica. He completed his Bachelor's (2015) and Master's (2017) studies at the same university. In his final theses he dealt with issues closely related to Japan - the transformation of the Japanese security sector and the national identity and its impact on the foreign policy. The topic of his dissertation is the Japan's position in the new East Asian order. His interest lies Róbert participated in the short-term MIRAI 2016 exchange program in Japan. Between 2013 and 2017, he worked as a project coordinator in a student NGO, Euro-Atlantic Center. Since late 2018 he has been working as an Associated Research Fellow within the UMB Data & Society Lab and as a Project Manager at Ekopolis Foundation.

Martin Lavička is a lecturer at the Department of Asian Studies at Palacký University Olomouc, where he teaches modern Chinese history and Chinese politics. His PhD research focuses on sociolegal aspects of China’s ethnic policies. 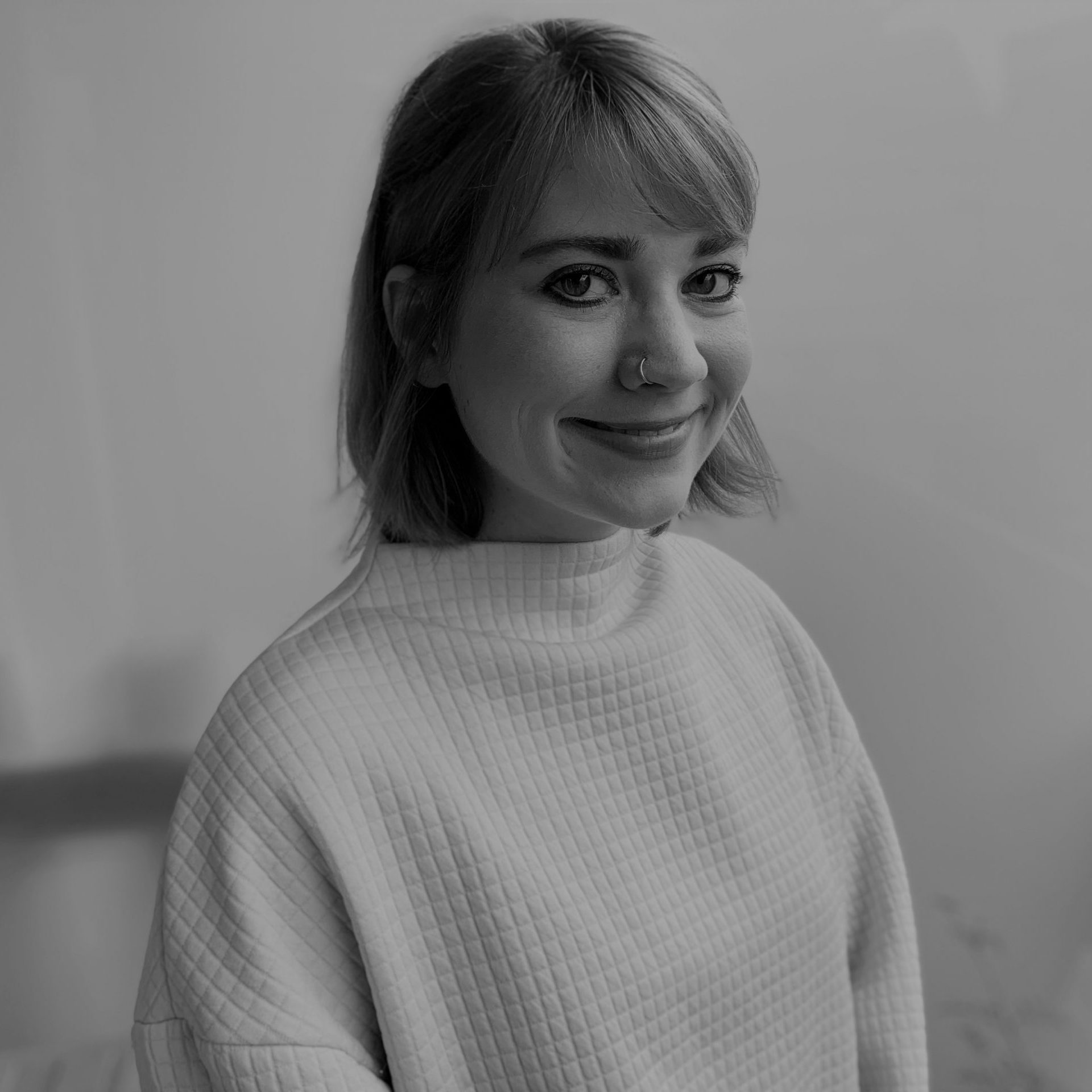 Erin Parsons is a research master's student in International Studies at the Institut Barcelona d'Estudis Internacionals (IBEI) in Barcelona, Spain. She currently works as a Graduate Research Assistant for the Trust in Governance and Regulation in Europe (TiGRE) Project. She has lived and worked in China, Germany, the US, and Spain. Her research interests are in governance, Chinese foreign policy, and migration. 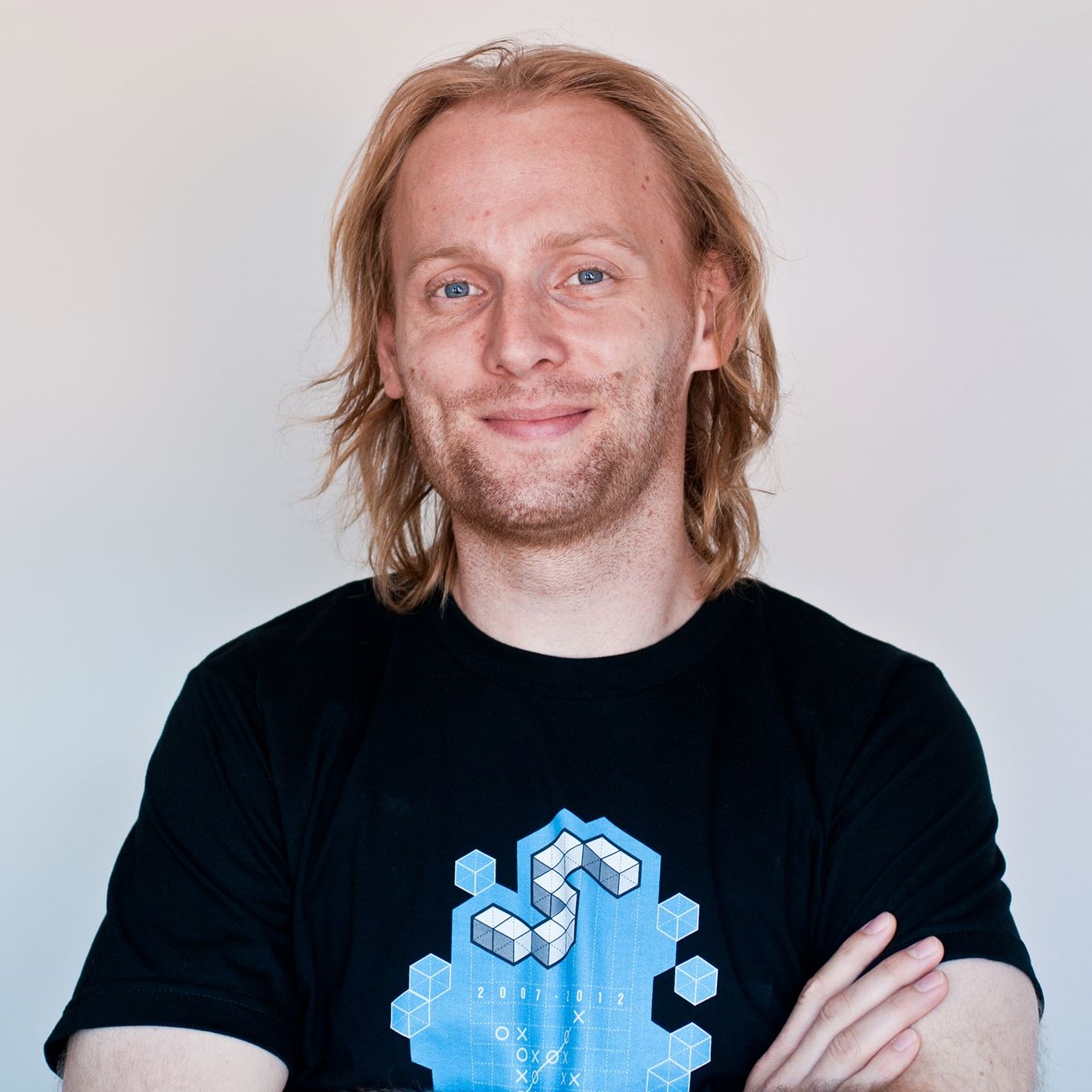 Research Interests: Sino-European relations, history of China and Tibet in the 20th century

Peter Marko studied Chinese Language and Intercultural Communication at the Comenius University in Bratislava. During his studies he spent one year scholarship stay at Tsinghua University in Beijing as well as a one-month stay at Yunnan Shifan University in Kunming. After graduation (2010) he focused primarily on translation and interpreting services, teaching Chinese in Slovakia and abroad. He currently works for Slovak press agency, where he works as a journalist and provides translations of Chinese news too. Peter is preparing for his Phd. studies, which start in September at the Faculty of Arts of Comenius University. His research interests are mainly Chinese - European relations, the history of China and Tibet, Chinese and Japanese martial arts and Chinese linguistics.

Research Interests: Sino-European relations, history of China and Tibet in the 20th century 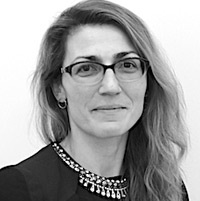 Velina Tchakarova is Head of Institute at the Austrian Institute for European and Security Policy (AIES) in Vienna, Austria. She holds a M.A. in political science/political science of South Asia from the University in Heidelberg, Germany and a B.A. in international relations from the University of World and National Economy in Sofia, Bulgaria. Her work includes research, consulting and lectures on the global system transformation and geostrategy of global actors, particularly the EU's role in Eastern Europe. She participates in the Scenario Monitoring Team at the Austrian Ministry of Defence on global system developments and in simulation games at Wikistrat. 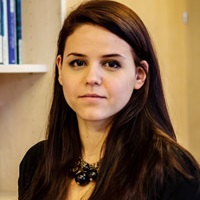 Dr. Lívia Bulajcsíková Benková obtained her master's degree in Law at the Paneuropean University in Bratislava, where she further continued with her doctoral studies. In 2016, She finished her Doctorate in Criminal law focusing on the topic: ``The Right to a Fair Trial in Criminal Proceedings``. Simultaneously, she finished the Master´s Programme of European Studies-Management of EU Projects at the University of Eisenstadt. Lívia has been working as a Research Fellow at AIES since 2016.