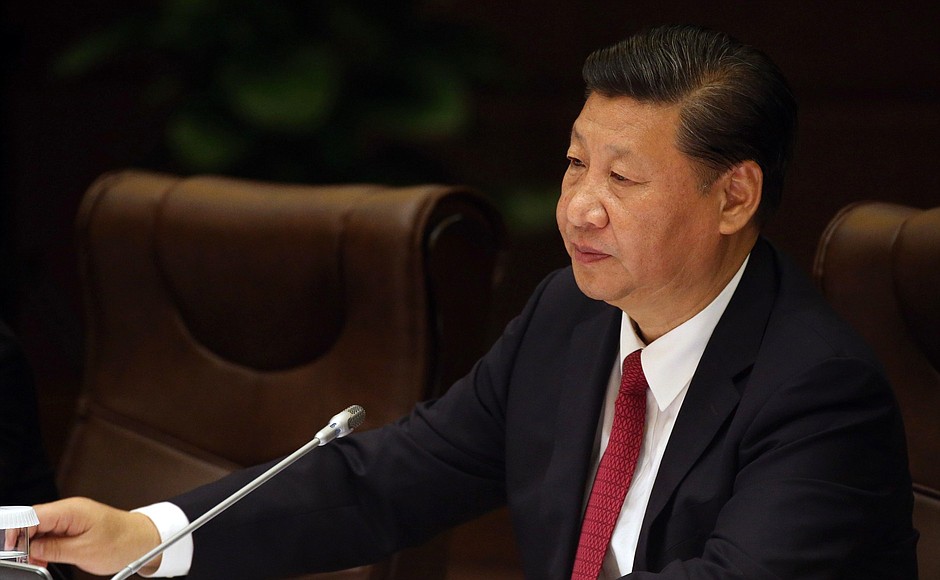 On March 12, 2020, new spokesperson of China’s ministry of foreign affairs (MFA) Zhao Lijian floated an idea on his Twitter account that the new coronavirus, which first started spreading in Wuhan, could have been brought in by the U.S. military. The public flirtation with the conspiracy theory is China’s attempt to turn the tables when it comes to the narratives about the spread and management of the virus. Moreover, it is yet another example of the recent confrontational approach of the Chinese MFA. This article highlights the issue by discussing the heavy-handed approach of the PRC Embassies in Sweden, Czech Republic and beyond, since about 2018. When encountering challenges, Chinese diplomats are increasingly choosing to clash publicly rather than looking for a compromise. The emotional crisis-situation surrounding the COVID-19 virus is likely to accelerate the process of estrangement and further increase the blame game between China and the West.

Sweden is the most visible case of the recent confrontational approach of the PRC embassies worldwide. Since early 2018, the Chinese embassy in Sweden has been involved in heavy public criticism of Swedish media, scholars, human rights activists, political parties and authorities, issuing dozens of statements. This activism has been mostly linked to the case of Gui Minhai, a Swedish citizen who was initially abducted in 2015 from Thailand in a covert operation to later reappear in China. In January 2018, he was again arrested by the Chinese authorities while on a train to Beijing in the presence of Swedish diplomats and was eventually sentenced for ten years in prison in February 2020.

The Chinese Embassy has been on an all-out offensive, taking up many unrelated issues as well. In September 2018 it responded harshly to the case when a Chinese family was removed from a hotel lobby in Sweden by the police due to a misplaced reservation. Beijing demanded an apology from the government for the police “violating the basic human rights” of the tourists and issued a travel alert to the country. In late 2019, China’s mission threatened “bad consequences” for awarding Gui Minhai with a free speech literary prize.

The key role in the tensions in Sweden has been played by the Ambassador Gui Congyou, who was appointed in August 2017 after spending all his diplomatic career working on Russia-related topics. The ambassador compared the Swedish media to a lightweight boxer provoking the Chinese heavyweight. The Swedish MFA has summoned the Ambassador over his comments repeatedly and there are voices in the country calling to expel him.

After 2013, the official relations between China and the Czech Republic were in the honeymoon stage. The situation, however, started deteriorating in 2018, initially because of the growing frustration with the lack of economic results of cooperation with China. Then in December 2018, the Czech National Cyber Security Center issued a security warning against Huawei and ZTE companies. Chinese Ambassador Zhang Jianmin, who had been appointed to his position just a few months beforehand, requested seeing the Czech Prime Minister Andrej Babiš over the issue and subsequently the Embassy webpage informed about the meeting by interpreting the PM’s position as softening the security warning. Babiš, however, publicly called out the Embassy statement as inappropriate and inaccurate, and subsequently labelled the ambassador himself a “liar”.

Another incident came after the Prague city government entered into a dispute with the city of Beijing over the ‘one China’ clause in their sister city agreement. China’s reaction was to cancel trips of Prague Philharmonic Orchestra and other Czech cultural groups to China. At the same time, ironically, the Chinese Embassy insisted that it actually had not cancelled the trips. The situation became even more surreal when the Czech minister of culture walked away from the meeting with the Chinese ambassador commenting that the ambassador was incapable of understanding what was going on and suggested he should be recalled home. While Sino-Czech relations saw some more scandals throughout 2019, the negative sentiment, particularly against the ambassador, escalated in early 2020. After the Speaker of Senate Kubera unexpectedly passed away in January 2020, it became public that he had received a letter from the Chinese Embassy which threatened consequences if he went ahead with the planned visit to Taiwan. As a result, Prime Minister Babis suggested that the ambassador should be replaced, while there are even voices that he should be expelled.

A growing trend of confrontations

Although the cases of Sweden and the Czech Republic are the most visible examples, there is a whole list of similar instances from elsewhere. The Chinese ambassador to Germany threatened consequences for German car manufacturers if Huawei would be excluded from Germany´s 5G network. In Denmark, the ambassador made threats to members of the Faroese government indicating that Beijing would terminate a free trade agreement if Huawei would not receive the contract.  The Canadian government was warned by the Chinese embassy to be “cautious on its words and deeds regarding the Hong Kong related issue” after the country had decided to issue a joint statement with the EU defending the “fundamental right of assembly” for Hong Kongers. In Lithuania, Chinese embassy officials were involved in a dispute at support rally for the Hong Kong protest movement and violated public order. In Spain, the embassy ridiculed El Pais for its reporting on Xinjiang in Chinese language suggesting that it used the translation software provided by its friends in America, which is not trustworthy.

The list goes on. The Embassy of the PRC in Estonia criticized journalists of providing “false information and twisting truth” after an article series on China’s soft power. Besides, the embassy called for an amendment of the country’s annual security report which included sections describing Chinese interference. The Chinese embassy in Australia issued a statement, that two lawmakers have to “repent and redress their mistakes” after criticizing Beijing. The two lawmakers were bound to visit China on a study tour organized by a think tank, but they had been barred from entering the country for their criticism of Beijing. In New Zealand, the consulate praised pro-Beijing students involved in a dispute during a pro-democracy rally for showing “their love of China and Hong Kong”.

Perhaps the sole case when the Chinese Embassy issued an apology occurred in Israel after the ambassador stated that China had let Jews into the country during the Holocaust and expressed hopes that Israel would not stop incoming flights from China due to the coronavirus epidemic. The embassy later stated that it did not intend to compare the virus situation to the Holocaust and apologized for any misunderstanding.

Chinese diplomacy in the “new era”: What is behind it?

It is apparent that, increasingly, Chinese diplomatic missions do not shy away from openly clashing with their host countries. The question is what drives this behavior which differs from what used to be the norm for the Chinese foreign policy just a few years before. For one, Chinese missions have conducted a number of public diplomacy activities purposefully with the goal of improving the image of China. This has been the case of Sweden and the Czech Republic, where embassies have allegedly tried to improve the media narrative and generally attitudes towards China. Yet, the results suggest that the public opinion in Sweden and the Czech Republic – the two countries which have seen the most active and confrontational PRC embassies in Europe – are the most negative about China when compared with other European countries, according to the 2019 Pew Research survey.

Ignorance might be a factor – both Sweden and the Czech Republic received new ambassadors who had no working experience with the EU countries. While the Ambassador Gui in Sweden spent his career working in and on Russia, Ambassador Zhang used to be an interpreter for Chinese MFA. Perhaps both ambassadors truly wanted to improve the image of China, but lack of understanding how liberal democratic systems work led to their highly counterproductive behavior. Yet, with the time going and the embassies persisting in their self-hurting behavior, the inexperience is becoming less convincing – the evidence that this is not ‘public diplomacy’ is simply mounting.

More plausible explanation, therefore, is that this is a result of China’s diplomacy-making in the “new era”. Chinese diplomats adjust their behavior in line with what they see as changing mood – and incentives – in Beijing. This does not necessarily mean there is a clear line of order from the MFA, but evidence suggests that Beijing tolerates and even rewards such public confrontations. The assertive former ambassador to Canada Lu Shaye was moved to Paris in 2019, which can be seen as a promotion. Even more prominent is the aforementioned case of the new MFA spokesperson Zhao Lijian who caught international attention with his Twitter criticism of the U.S. and was then promoted to his current job. Moreover, with the worsening of the strategic relations between China and the West – and tightening of China’s political system – going confrontational is also a safer personal strategy of survival for the diplomats who want to avoid being labelled as as too soft.

Hence, publicly confronting the West has become a sensible personal choice for Chinese diplomats who want to make a career – or just survive – in Xi Jinping’s “new era”. Since the whole system also rewards and promotes those with more hawkish views and outspoken behavior, we might need to get used to more confrontational Chinese diplomats in the future.

This article was originally published by CHOICE and is reprinted with permission.