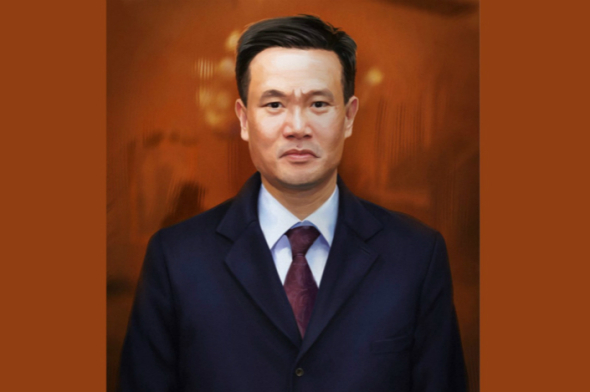 The recent Czech experience allows one to draw two conclusions concerning China’s economic statecraft in CEE. The first is that there is indeed a conscious attempt to develop a coordinated strategy of economic statecraft using Chinese commercial actors such as CEFC and CITIC. The second is that Beijing’s control of its commercial actors is variable rather than absolute and rogue activity by Chinese businessmen may be the norm rather than the exception.

Since the 16+1 forum for meetings between China and 16 Central and Eastern European (CEE) nations was launched in Warsaw in 2012 there have been serious misgivings about Beijing’s influence in the region. There has been much talk of Chinese ‘divide and conquer’, ‘Trojan horse’ and ‘offensive mercantilism’ strategies designed to undermine the European Union (EU) through bilateral engagement with individual members. China’s creation of the 16+1 lends itself to perceptions of a deliberate attempt to increase political influence in CEE at the expense of the EU, whose institutions (the European Parliament, the European Council, etc.) are based in Western Europe. However, substantive evidence to support these allegations has been lacking, with researchers focused mainly on the normative, symbolic and soft power implications of China’s presence in CEE rather than on Beijing’s economic statecraft.

Economic statecraft is usually defined as the attempt to achieve political goals through economic means. Deepening this definition, Norris posits that governments utilise commercial actors in the service of comprehensive national security goals, defined as containing both political and economic elements. Reasoning along these lines, it can be anticipated that China is seeking to gain as much political as well as economic influence as possible in CEE by using its commercial actors in a coordinated region-wide strategy.

In the Czech Republic, the Chinese investment strategy, such as it was, was led between 2015 and 2018 by the private investment firm CEFC China Energy. It bought shares in a travel agent (Invia), an airline (Travel Service), a football club (Slavia Prague), a brewery (Lobkowicz), and a media group (Empresa), as well as a major Czech finance company, J&T Finance Group. The head of CEFC, Ye Jianming, was even appointed as a special advisor to Miloš Zeman, the Czech president. In September 2015, Zeman was the only EU head of state to attend a military parade in Beijing to commemorate the end of the Second World War, during which deals involving CEFC were signed. In March 2016 Chinese president Xi Jinping reciprocated with a visit to Prague: more investment deals were signed, the most significant of which involved CEFC in one form or another. The future looked rosy, even if pro-Tibet, pro-Taiwan sections of the Czech public and media were sceptical, even alarmed. However, street protests in Prague were suppressed as the red carpet was rolled out for President Xi. The promise of large-scale investment overruled, at least for the moment, local apprehensions about Chinese political influence.

However, a detailed review of the first year of Chinese investments by a reporter at the Czech newspaper Lidové noviny revealed that by March 2017 far less capital had in fact materialised than had been promised in the agreements. A far more major bump in the road was hit in late 2017, when CEFC’s chief financial officer, Patrick Ho, was arrested in the United States on corruption charges (he was eventually convicted by a US court in December 2018 of bribing the president of Chad and the foreign minister of Uganda for access to oil rights). In early 2018, Ye Jianming was detained in China without explanation – but presumably on corruption charges related to Patrick Ho’s bribery conviction. Amidst the fallout, it was reported that CEFC had not paid 450 million euros owed to J&T. In May 2018, the state-owned investment company CITIC Group took over CEFC and settled CEFC’s Czech debts. The shares purchased by CEFC therefore remain in Chinese hands today.

The public relations and soft power disaster surrounding CEFC’s activity in the Czech Republic is just one aspect of the debacle. Perhaps more important is what the scandal reveals about Chinese economic statecraft in CEE. It is possible to discern a coordinated attempt to utilise CEFC as the vanguard of China’s economic offensive in the Czech Republic, but one which did not work out as Beijing had planned. This suggests that China’s ability to control its economic actors is variable, since CEFC clearly did not behave as the Chinese government wished or expected. Control was reasserted through the transfer of CEFC’s Czech assets to the state-owned company CITIC.

So the Czech case allows one to draw two conclusions concerning China’s economic statecraft in CEE. The first is that there is indeed a conscious attempt to develop a coordinated strategy of economic statecraft using Chinese commercial actors such as CEFC and CITIC. The second is that Beijing’s control of its commercial actors is, as William Norris claims, variable rather than absolute. Rogue activity by Chinese businessmen may be the norm rather than the exception, especially where private firms are concerned, implying that Beijing does not always know what Chinese companies are doing even while it is attempting to use them as agents of the state.

Nevertheless, there remains a lack of clarity concerning China’s overall goals in both the Czech Republic and the region as a whole, with more scholarly research and analysis of Chinese intentions undoubtedly urgently needed. There is a strong probability that Beijing’s primary aim is to increase political influence through economic means, but clear documentary evidence – a smoking gun – is lacking. Still, the Czech case demonstrates that CEE countries, like their counterparts in the West, need to check Chinese investments carefully rather than take a blind leap of faith. At the same time, with the power of China steadily increasing worldwide, countries in the region need to steer a middle course between incurable optimism and overstated fears of a hegemonic powerplay if they are to get the most out of cooperation with China in the long term.

Jeremy Garlick is an Assistant Professor at the University of Economics Prague.