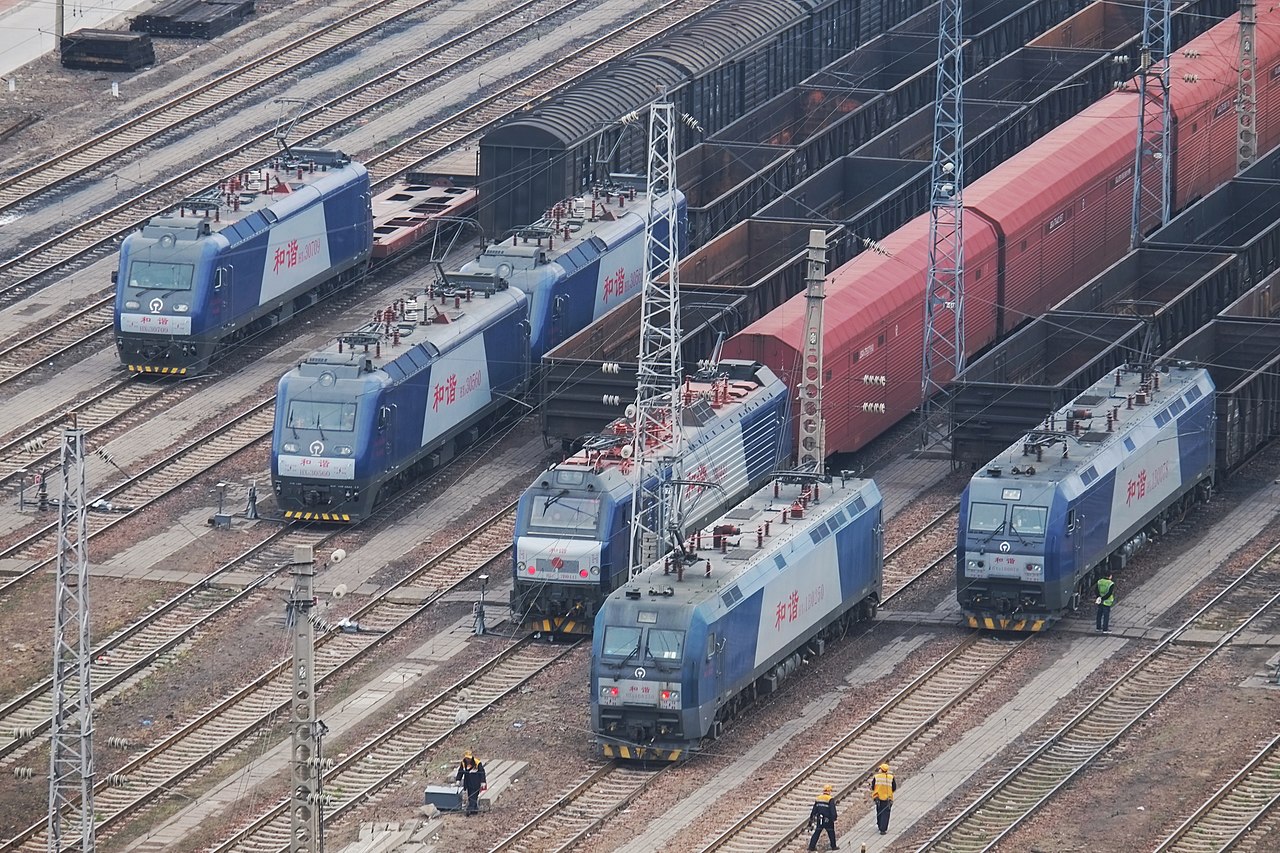 A new external player with a comprehensive strategy is entering the region with the intention to stay for an indefinite time. This will cause long-term implications in Eastern Europe in terms of reshuffling of geopolitical and geo-economic reality involving Russia and the West.

In the presence of various significant external actors in Eastern Europe, Beijing has also shown an interest in linking its grand project of Belt and Road (BRI), spanning from China’s West to Central Asia and Europe, to this region and its six countries (Armenia, Azerbaijan, Belarus, Georgia, Moldova and Ukraine). Eastern Europe encompasses a geographic area that borders on the Balkans, Central Asia and the Middle East and extends to the South Caucasus, Black Sea and Caspian Sea. This region offers a great geopolitical potential due to its strategic positioning between Europe and Asia. It provides valuable transport, trade and energy corridors between the two continents. The periphery of the Eastern European neighbourhood can be described as a geopolitical node because the region offers strategic corridors to the Middle East, the South Caucasus, and Central Asia, on the one hand, and to the Black, the Caspian, and the Aegean seas, on the other hand.

The China-CEE platform of cooperation, the so-called 16+1 initiative, have not included the six Eastern European countries, which isolated them from potential connectivity and infrastructure projects meant for the former countries of the Communist bloc in Europe. Furthermore, the BRI originally did not include this part of Europe too, however, it extended geographically to it later.

When dealing with the Chinese role in Eastern Europe, China is more likely to choose a bilateral approach for several reasons. Primarily, one should look at the unprecedented rapprochement between China and Russia at a strategic level – from high-ranking political links to institutional and diplomatic cooperation to comprehensive cooperation in various fields. This is what I have coined as a new geopolitical term, namely the ‘Dragonbear’.

Russia and China have managed to strengthen and deepen strategic links in various areas by purposely ignoring conflicting interests in others. Russia’s ‘near abroad’ represents one of those areas, which is becoming part of China’s shift from the West to the East and plays a bridge role in connecting the BRI and 16+1 platform in Europe. In Central Asia, China has already shown its political readiness to combine the integrational efforts of both BRI and Russia’s Eurasian Economic Union (EAEU), which reflects the Russian geo-economic interests as well. Thus, it can be assumed that China will promote connectivity, infrastructure and investment projects in the ‘near abroad’ in coordination with Russia or at the very least by paying attention to Russian geopolitical interests in the region. Both countries have signed an agreement on integrating the EAEU and BRI, indicating an interest in consolidating the Eurasian landmass in the long term by preventing foreign interference of third actors (mostly the EU and the USA).

China’s BRI could likely cause more rigorous competition among the countries for Chinese liquidity and investments in the region. For instance, Georgia is aimed at transforming itself “into a logistics and transportation hub to connect Asia and Europe.” One of the key drivers for the Chinese interest is to be seen in Georgia’s, Ukraine’s and Moldova’s privileged access to the European common market through the Deep and Comprehensive Free Trade Area (DCFTA). The perspective of signing a free trade agreement with these countries, which are at the same time building a free trade area with the European Union, certainly attracts the attention of the Chinese political elite and business. Furthermore, it is the proximity to the Black and Caspian Sea and the possibility for additional connectivity and infrastructure projects along the traditional Silk Roads that makes the countries from Eastern Europe attractive due to their bridge function between Europe and Asia.

The decisive driver for Chinese investments, however, is the relatively low financial burden compared to the high returns. In addition, the attractive investment policy in these countries coupled with the flexibility of the Chinese projects, make them desired destinations. Rail connectivity represents a significant part of China’s new geo-economics linking Central Asia and China to Europe to boost trade, investments and economic activity. In this regard, the Eastern European countries see in BRI the potential to attract the FDIs, generate more jobs, build more infrastructure, and overall boost the economy. Consequently, the Silk railroads connections have expanded since 2015. Such is the case with the Kars-Tbilisi-Baku railway, which builds a transport corridor between Azerbaijan, Georgia and Turkey. A train cargo from China needs 15 days to reach Tbilisi. The railroad connectivity includes Kazakhstan, Azerbaijan and Georgia, reaching Turkey much faster than through the maritime routes. Ukraine has also launched a new railroad connecting China with Europe. As Revaz Topuria writes:

The shipment launched via ferry from the Ukrainian port in Chornomorsk and crossed the Black Sea to Batumi, Georgia (future cargo will likely head to Anaklia after construction on the new port is finished). From there, it continued on rail through Georgia and into Azerbaijan. At the new Azeri port at Alyat, the cargo was loaded onto a second ferry and sailed for the Kazakh port at Aktau, where it once again took to the rails headed for the Chinese border.”

Connectivity and infrastructure represent two main pillars in the Chinese approach in Eastern Europe. Georgia’s location offers a few possibilities for an accessible connection between China and Europe. For instance, a new deep-water Black Sea port at Anaklia is being built by a Georgian-American consortium, which will create a new economic corridor between China and Europe.

For Georgia and Ukraine, the Chinese BRI offers a new perspective to expand trade and economic links with China, while at the same time bypassing Russia. One of the significant developments for Kyiv was its inclusion in the Trans-Caspian International Transport Route (TITR), connecting the country with Azerbaijan, Georgia and Kazakhstan. As a result, China became the second biggest destination for Ukrainian export goods and the first destination for Ukrainian corn.

Azerbaijan also gained an importance for Chinese trade projects, following various high-level meetings and visits between the two countries more recently. An agreement on cooperation in the field of energy was signed and a special focus was put on infrastructure and construction projects, among which were railroads projects between Europe and China. Moreover, Baku could receive one of the largest loans by the China-led Asian Infrastructure Investment Bank (AIIB) for the Trans-Anatolian gas pipeline (TANAP). Obviously, the EU will face a new competitor regarding future energy projects in Azerbaijan.

Seen from the Moldovan perspective, the increase of economic activities with China, mostly in the field of E-Commerce, is also a signal for a growing interest and participation of Beijing, even though Moldova has still very limited possibilities.

Eastern Europe offers all together a wide range of opportunities for the long-term Chinese interests. The small size of the countries, except for Ukraine and Belarus, and their weak state institutions, along with the high level of corruption and poor governance, provide a fertile ground for the Chinese investments, which are offered without any conditionality contrary to the Euro-Atlantic partners. These countries are attractive for the Chinese initiatives because of the diffusive and corrupt political structures, which allow an easy infiltration for foreign interests, as well as the poor state of infrastructure and connectivity, which creates many investment incentives and a strategic positioning in the shared neighbourhood of the EU, Turkey, and Russia.

Even though, the economic incentives are particularly strong as seen from the perspective of the Eastern European countries, the long-term strategic implications should not be overlooked either. A new external player with a comprehensive strategy is entering the region with the intention to stay for an indefinite time. This will cause a reshuffle as well as long-term implications on Eastern Europe as Beijing will have a strong interest in preserving and even strengthening the stability in countries with a significant amount of Chinese investments.

Moreover, the Chinese participation in the region must be considered under the perspective of the long-term implications on the frozen conflicts in Eastern Europe, as put in the following quote:

“China has not recognized any of the separatist movements in this region. In both the 2008 Russo-Georgian war and the 2014 Ukrainian crisis, Beijing abstained from voting on the UN Security Council resolutions, demonstrating support for territorial integrity and sovereignty. Although China is unlikely to directly counteract Russia’s activities in the region, a more engaged China will reduce GUAM [Georgia, Ukraine, Azerbaijan, and Moldova] states’ sense of threat from Russia, especially since the continuous Russia-West confrontations leave Russia no choice but to stay close to China. In other words, the closer that the GUAM states get with China, the safer they are from Russia because they will have more diversified economic relations.”

A new balance of power and influence is solidifying in Eastern Europe, reflecting the intersection of the Chinese geo-economic interests between its ambitious BRI and its regional comprehensive 16+1 approach in the CEE region. It is this part of Europe where China’s offer can be interpreted as both an opportunity and a challenge. The Eastern European countries certainly perceive its ambitious policies as an opportunity to diversify the direct foreign investments portfolio at home and help fill the regional infrastructure gap, which is exactly the challenge that China might become to the external players such as the West and Russia, which have already been exerting an influence there for decades.

Velina Tchakarova is the Head of the Austrian Institute for European and Security Policy (AIES) in Vienna, Austria and CEIAS Research Fellow. This article summarizes the main findings of the AIES Study “Will the EU lose the East?”