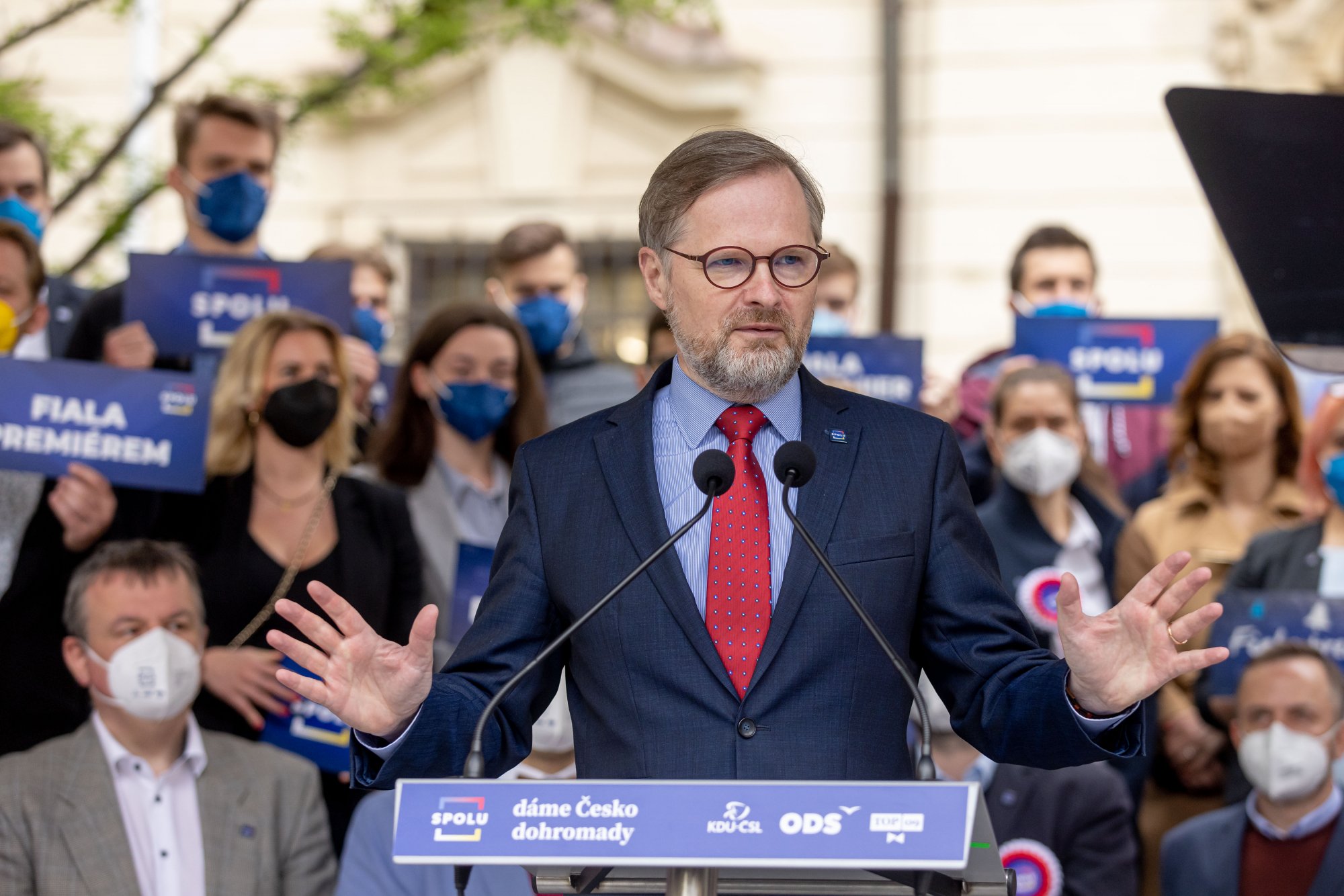 Chinese media note that the victory of the opposition in the Czech election is not a good sign for Sino-Czech relations.

With Czech Prime Minister Andrej Babiš’s ruling party defeat in the general election last week and the severely ill President Miloš Zeman being treated in intensive care and unable to appoint a new prime minister, there are many question marks concerning the formation of the new Czech government and the country’s position towards big players such as Russia and China.

While it is unlikely that the new cabinet – probably headed by SPOLU leader Petr Fiala – will make drastic changes in the foreign policy, China watches closely the changes in the political landscape in the Czech Republic and does not perceive the rise of SPOLU as a good sign for the future relations with Prague.

The victory of the SPOLU party-coalition, with 27.8% of votes taken, was quite surprising since most experts and public opinion polls predicted a tight victory of the ANO 2011 movement of Andrej Babiš. It can be expected that Fiala’s government will distance itself from the Visegrad group and take a more pro-European track, at least in terms of rhetoric. The European Union thus can be quite optimistic about the Czech Republic not heading in the same direction as Hungary or Poland where liberal democracy is threatened. It does not, however, bode well for China as Chinese media suggest.

Anti-China forces are taking over the Czech parliament…

One of them is a popular online media portal called Observer (Guanchazhe). While it might seem to be an independent alternative source of news for Chinese internet users, at first sight, Guanchazhe is not very distinct from state-run propaganda outlets and follows the nationalistic lines, representing the party-state position. It acknowledges that the Czech election results signal a significant shift from “the well-known pro-China President Zeman” and the unbiased cabinet of Andrej Babiš, who also is a part of “China-friendly group, despite being less active in terms of promoting good relations between both countries”, towards SPOLU and PirSTAN, two party-collations “with strong anti-China tendencies” and “pro-Taiwan” politicians like Miloš Vystrčil and Zdeněk Hřib in their ranks. The effect of Babiš’s defeat is recognized right in the title that asks an important question: “Will China-Czech relations become more difficult?”

In efforts to answer this, Guanchazhe goes through the political system of the Czech Republic, distribution of mandates, positions to China of prominent political subjects, and the role of the President. The incompatibility between the hitherto attitude of the Czech officials represented by ANO 2011 and Zeman on one side and the likely-succeeding opposition collation’s foreign policy visions that are outlined in the article on the example of Vystrčil’s visit to Taiwan and his “open support for the independence of Taiwan” as well as the Prague Mayor Hřib’s remarks on “the right of the Czech Republic to flexibly interpret the One China Policy” on the other side is stressed in the article. Eventually, it concludes that “the result of the Czech elections will affect Sino-Czech relations to a certain extent.”

Another article, published by The Paper (Pengpai) even before the elections were held in the Czech Republic, also mentions Vystrčil and Hřib as “clearly pro-Taiwan and anti-China figures” whose diplomatic propositions could potentially scupper Czech friendly policy towards China.

But the President is what matters

The digital version of Global Times stays away from making conclusions about the effect of the elections on Sino-Czech relations. It focuses more on the uncertainty revolving around the appointment of a new prime minister and the formation of a new government in relation to the hospitalization of President Zeman, whose ability to decide competently on important matters and thus continue with his duties as the head of state is currently being questioned. The authors of the article point out that the defeat of Babiš was not expected, but the appointment of Petr Fiala as a new prime minister would be at odds with Zeman’s own proclamations. Zeman might let Babiš attempt to form a new government and continue to rule until the next presidential election in 2023. After all, they are both allies. However, another article suggests that such a decision by the President would lead to a deadlock in negotiations between the elected parties, and with Zeman being unable to make such decisions, the situation stays unresolved. It is possible that the country will encounter a constitutional crisis, argues the Global Times, stressing the complexity of the situation. In this way, it also seeks to dismiss the articles of Taiwanese CNA that consider the new government to be a good sign for the future relations between Taiwan and the Czech Republic. Taiwanese media are said to be “overconfident” and hot-headed.

Zeman’s role is highlighted by the Chinese media to minimize the surprising effect of the election result – after all, he can stay in the office until 2023 as the key designer of pro-China policy and if he establishes a relatively good cooperative relationship with the new government, Sino-Czech relations do not have to change much in the future. Nevertheless, given his health issues and the questionable behavior of his advisors, his position will likely be affected and the relationship between Beijing and Prague will soon be tested. Moreover, both Pengpai and Guanchazhe mention that without the Czech Communist Party and the Czech Social Democratic Party (ČSSD) in the Lower House, “the force in the Czech Parliament that speaks for China is weakened.”

Netizens: How big is the Czech Republic anyway?

Chinese netizens, however, do not share the concerns presented in the media. “Why should we care [about the relations]?” reads one of the most liked comments below the Guanchazhe article. “China is a powerful country and should act as one – let’s teach them the hard way (不要好酒，那就送他猎枪) and do not worry all the time.“ Others agree and cannot see any reason why Beijing should be concerned about the effect of the Czech elections. “There are so many countries in the world, there is no reason to build good relations [with states like Czechia].”

People generally do not perceive small countries like the Czech Republic as important but on the other hand, tend to react emotionally whenever a position towards One China Policy and status of Taiwan or Tibet is concerned.

Similar views can be illustrated on the comments posted below an article dealing with the decision of the Czech Senate Committee on Foreign Affairs to deepen cooperation with Taiwan in trade and innovation and to invite the island’s ministers to Prague. While the Taiwan.cn (Zhongguo Taiwan Wang) article includes no remarks on the election result per se, it draws a distinct line between the position of the current Czech government and the President and the Senate lead by Miloš Vystrčil, who is depicted as the main instigator of “provocative acts on Taiwan-related issues.”

A lively discussion of more than one thousand comments can be seen below the text, featuring mostly calls for immediate severance of diplomatic relations with the Czech Republic and boycott of Czech products. Such reactions are very common on Chinese internet forums, reflecting the nationalistic sentiments that are strongly encouraged by the regime itself. Opinions posted on the internet, however, tend to be extreme and not exactly in line with China’s interests. Speaking of “provocative acts”, one may indeed expect that they will become more frequent with the new Czech government that is likely to adopt a more hawkish stance towards China, be it vocal criticism of China’s policies and human rights records or a more forthcoming attitude towards Taiwan.