How Will China Respond to the Czech Senate President’s Visit to Taiwan?

Home Publications CEIAS Insights How Will China Respond to the Czech Senate President’s Visit to Taiwan? 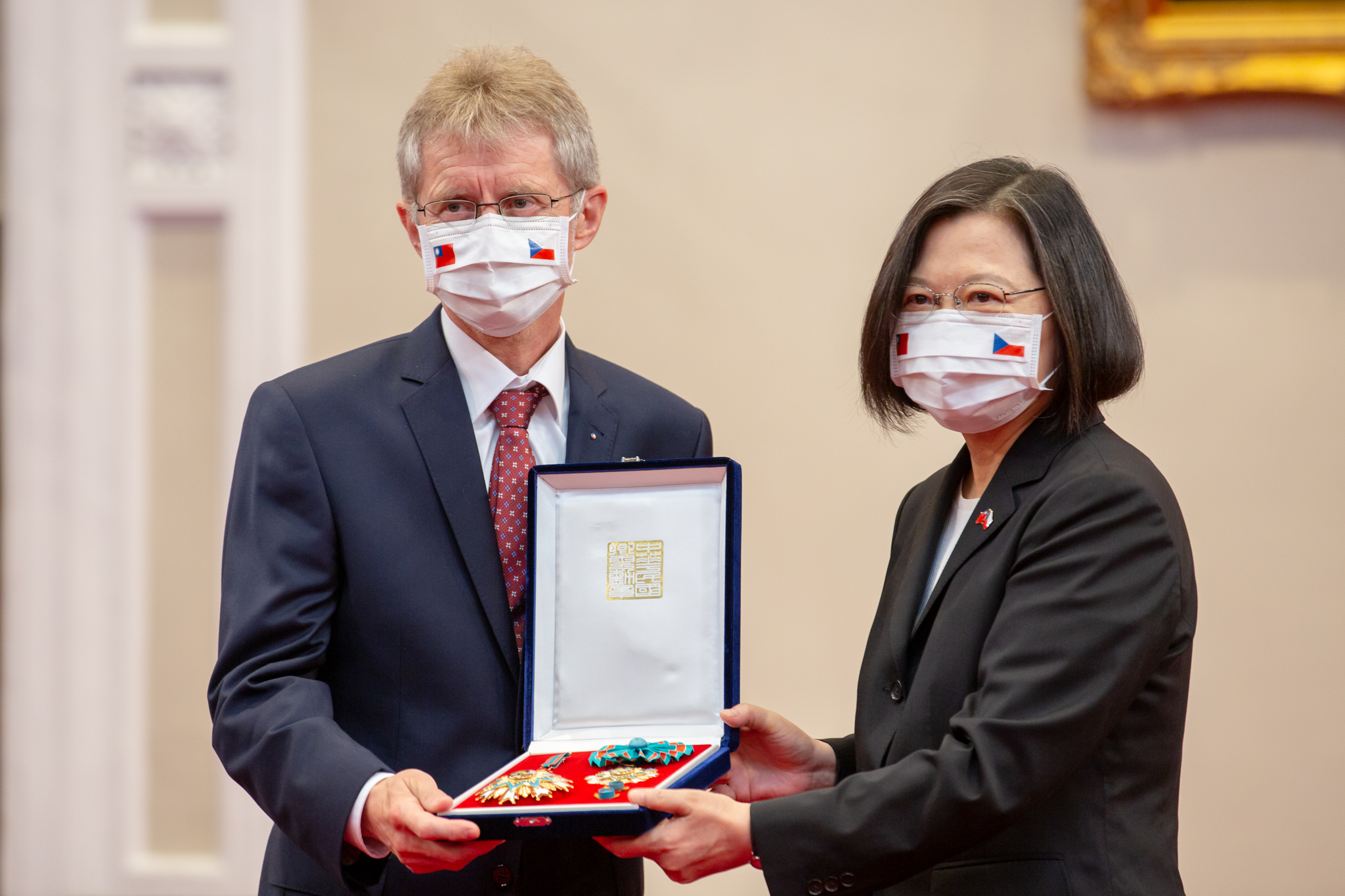 The visit met with harsh rhetoric from Chinese officials. Beijing’s responses to European countries in previous cases offer possible scenarios for how China might react.

When the president of the Czech Senate, Milos Vystrcil, led a delegation of senators and businesspeople to Taiwan for meetings with the top echelons of Taiwanese politics, his action was met with fierce vitriol from the Chinese leadership. Foreign Minister Wang Yi threatened Czechia with “paying a heavy price,” while the Global Times, a Chinese nationalist tabloid, called Vystrčil a “rule-breaker” and a “political hooligan.” Zhao Lijian, a spokesperson for the Chinese Ministry of Foreign Affairs, went even as far as stating that Vystrcil and his colleagues are “making themselves enemies of the 1.4 billion Chinese people.”

It is not clear, however, what the “heavy price” for Vystrcil’s visit might be. Czechia, along with other Central and Eastern European (CEE) countries, enjoys low economic dependence on China when it comes to trade and investments. Chinese FDI in the country is less than 1 percent of overall inward FDI while Czech exports to China represent only 1.35 percent of overall exports. Possible retaliation against Czech companies active in China, like Škoda or Home Credit, would primarily harm the business interests of Germany and pro-Chinese oligarchs, respectively. A recent study by the project MapInfluenCE found that China also has at its disposal few, if any, sticks that it could use against the Czechs in the non-economic realms.

Chinese reactions to other European states challenging Chinese “core interests” might offer insights into the concrete steps China might take to punish Czechia.

In 2008, the Dalai Lama visited several European countries and met with leaders including the Polish president and prime minister as well as French President Nicolas Sarkozy, besides also visiting the European Parliament. In response, China took an unprecedented measure and canceled the EU-China summit, which was scheduled to happen at a similar time as the Dalai Lama was touring Europe.

The cancellation came at a time when EU-China relations were already under tensions due to protests in Tibet earlier that year and clashes that happened across Europe during the Olympic torch tour. The EU-China summit was then held in 2009 in Prague during the Czech presidency of the EU and the relations reverted to their normal trajectory, although the EU-China “honeymoon” period of the 2000s was definitely over.

Another case to consider happened in 2010 when Chinese dissident Liu Xiaobo received the Nobel Peace Prize. Although the Norwegian government has no say over the decision, China responded by essentially freezing diplomatic relations with Norway for six years. Besides, Beijing resorted to what seemed like an economic sanction when Norwegian salmon gradually disappeared from the Chinese market over a course of few years, after previously dominating it. This did not hurt the Norwegian economy as a whole very much, but it did present a visible symbolic gesture.

In 2016, Slovak President Andrej Kiska met with the Dalai Lama off the official premises in what was described as a purely private meeting. However, China saw the meeting as Slovakia’s encroachment on its “core interests” and interference in internal affairs. The Global Times ran four articles on the Kiska- Dalai Lama meeting over 10 days.

The meeting was followed by a period of diplomatic cooling off, which lasted approximately one year. The most visible impact was that the Chinese and the Slovak prime ministers did not meet bilaterally at the 16+1 summit in November 2016, although it is not entirely clear whether the meeting was canceled by the Chinese side.

As for economic repercussions, they barely manifested due to the low level of economic interaction between the two countries. The Slovak exports to China are almost entirely cars and automotive products, and thus any sanctions on them would do more harm to the transnational corporations based abroad (i.e. Volkswagen, Peugeot, or KIA).

Paradoxically, Slovak exports to China even started to record increases following the meeting after years of decline, which is similar to what happened in Norway during the time of the cold period in diplomatic relations.

What’s Next for the Czechs?

As these cases show, the typical pattern of China’s response to a perceived affront would include strong verbal condemnation, diplomatic cooling off, and at worst some symbolic economic sanctions, which however do not have much of an impact on the overall economic wellbeing of the country.

It is likely that in the case of Vystrcil’s visit to Taiwan, the Chinese reaction will follow a similar pattern. The first phase of the response – verbal condemnation – is already taking place. The diplomatic cooling might entail marginalization of Czechia in the 17+1 format, ignoring Czech diplomats in Beijing, or opposing Czech nominations for high-ranking posts in international organizations.

As for economic repercussions, China will probably look for a highly symbolic gesture that could be presented as a punishment to a domestic audience as well as internationally. Some Czech businessmen in China might find themselves in a difficult spot, especially when marketing their products as “Czech.”

Two factors will influence the intensity of economic sanctioning. First, the level of damage control done by other Czech politicians with a more China-friendly stance. However, the knee-jerk reaction of the Chinese makes intensive damage control unlikely, as it would be politically costly to the Czech politicians. Second, Vystrcil’s visit to Taiwan was conducted to a large extent with China in mind and was planned very much as a signal for Beijing. In comparison, this aspect was notably absent when Kiska met with the Dalai Lama, framing the meeting as an apolitical get-together with a spiritual role model.

The question remains as to what broader impact the Taiwan visit — and China’s responses to it — will have on EU-China relations. While Vystrcil was touring Taiwan, China’s two leading diplomats, Wang Yi and Yang Jiechi, went on two separate missions across Europe to try to prevent it from sliding toward the United States in what increasingly looks like a Cold War situation between China and the U.S. But efforts to send a strong signal to the Czechs at the same time backfired, with German Foreign Minister Heiko Maas warning Wang that “Threats don’t fit in here.”

Vystrcil’s high-profile visit puts Chinese leaders into a difficult spot. On the one hand, they are forced to take a harsh stance to show resolve in front of the domestic audience as well as internationally to discourage other similar trips. On the other hand, China is keen to preserve working relations with the EU, and being too harsh would risk undermining them at a crucial time. Chinese diplomacy will most likely try to balance these contradictory interests in what seems like an impossible job. So far we have seen the harsh rhetoric; it remains to be seen whether signals of restraint would show as well.

The article was originally published by The Diplomat.