Impact of Russian aggression against Ukraine on Taiwan’s security 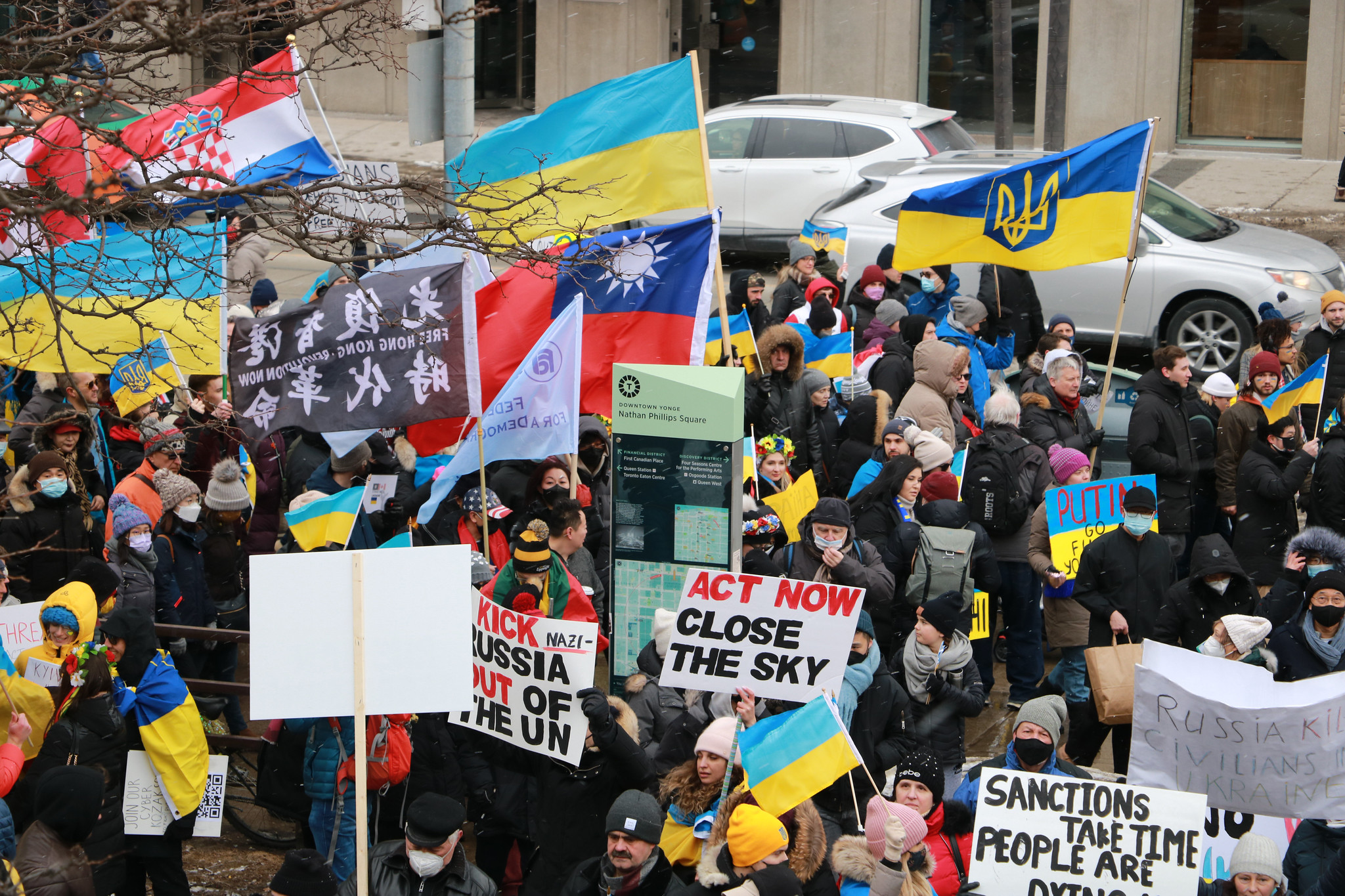 At the turn of 2022, as Moscow’s large troop build-up along its shared border with Ukraine began, most of the international community and IR experts still did not believe that Russia would invade its western neighbor. There was no economic rationale for an open conflict since neither actor would benefit from it. However, as has been ascertained by now, this logic is absent when dealing with authoritarian leaders. As Taiwan experiences a similar security issue of “a bigger and assertive neighbor” behind its back, the war in Ukraine offers several key takeaways for Taipei.

In the wake of the war in Ukraine, various articles and commentaries from experts, politicians, and analysts popped up.  They speculated on whether Taiwan is next in line and whether China is stepping up its claims toward the self-governing island. There is, indeed, a number of similarities when assessing  Taiwan and Ukraine’s relations with China and Russia, respectively. Both Taipei and Kyiv are smaller in terms of territory and size of the population, and both are democracies regularly intimidated by autocratically-ruled states, Beijing and Moscow. On the other hand, there are also differences. Taiwan is located on an island, and is an economically significant supplier of high-tech and innovative products globally, whereas Ukraine is directly connected with Russia by land and is of major importance in exporting agricultural commodities. Last but not least, Taiwan’s relations with the US and Central and Eastern Europe (CEE) are characterized by profound dynamics, especially recently. This is supported not only by President Biden’s Asia trip, where he pledged that the US would defend Taiwan militarily should it come under attack from China, but at the same time by increasingly warming relations and rising frequency of official visits and economic cooperation with the CEE. So what exactly are the implications of Russia’s aggression against Ukraine for Taiwan?

First of all, both actors – Taiwan and China – watch the war in Ukraine closely and are learning some lessons. Taiwan can grasp a lot from the defense strategies that Ukraine uses to manage the war. That includes deploying a professional army as well as “Territorial Defense Forces” (sometimes also referred to as “Military Reserve Forces”), which operate locally. In this sense, it is essential for Taiwan to engage civil society and openly prepare the population for the attack. The government needs to make sure that even ordinary citizens will fight to defend their towns and villages, and that the whole society will stand for their homeland when necessary. On the contrary, China observes how the war evolves, and mainly how the European countries react when it comes to supporting Ukraine, and targeting Russia with sanctions and/or diplomatic boycott. That’s why it is crucial for Taipei to plan ahead and list all the Chinese interests which would need to be sanctioned day by day. And, at the same time, neither Europe nor the West can afford to be surprised by the attack, thus needing a detailed and well-prepared plan. Moreover, Taiwan should openly discuss the direct implications of a Chinese attack on each European country, and exchange its state of mind with EU partners on what blackmailing card (other than economic crippling) would China play against each one of them.

Secondly, the differences between Ukraine and Taiwan give rise to a special focus on the logistics, mobilization, and the nature of conflict itself. Taipei should effectively prepare huge stocks from the very start of the war because in the early days it would be almost impossible to get help (be it goods or military material) from its overseas allies. Another important factor is the mobilization of the Taiwanese diaspora living abroad, as they can help gain political, medical, and military support (crowdfunding, etc). Furthermore, as we deal with the food and fuel crisis nowadays, the invasion of Taiwan would have immense consequences for the semiconductor and high-value technology sector and would disrupt the whole supply chain of various critical materials and products. Equally important is to consider the fact that China is trying to make Taiwan an internal question that is subjected to non-interference from the outside. However, this has started to far fall short of the expected result; instead, we see a growing internationalization of the Taiwan Strait issue. Many like-minded countries and allies would support Taiwan in the case of a Chinese invasion.

Thirdly, there is an ever-growing systemic split between the West and the East. We can observe this growing divergence in decoupling between the US and China, increasing tensions between China and India, withdrawal of the US from West Asia, as well as Europe shifting its attention to the Indo-Pacific region. What’s more, there has been systemic coordination between China and Russia, where Moscow acts as a security guarantor and Beijing’s financial contributor. This is happening also in the background of multilateral platforms where China and Russia coordinate their steps to undermine the powers and dominance of the Western countries. At the same time,  much is happening outside the Western-led initiatives and organizations, such as the establishment of various alternative platforms, such as SCO, BRICS, and CSTO. Last but not least, an integral part of this split is the information war that can completely change the political landscape and morale, further altering perceptions of developments and finally the very outcomes of the war. Thus, it is crucial to secure information accuracy and prevent the spread of disinformation. Taiwan is aware of this and acknowledges that what happens in the EU and the West will have a direct impact on the Indo-Pacific region, which is already in the grip of constant tensions between nuclear powers; the Korean peninsula, Indo-Pakistanian, or Sino-Indian clashes.

With China attempting to keep the island under constant pressure by almost doubling its incursions in Taiwan’s air defense zone this year, Taipei finds itself in an unenviable situation. First and foremost, it should develop good deterring strategies and stick to its cautious and pragmatic foreign policy to prevent China from invading the island and from becoming as paranoid as Moscow has become in relation to its western boundaries. Besides that, planning ahead and open dialogue with partners is key, should Beijing let slip its dogs of war.

This text is based on key takeaways from a closed-door event “Russian aggression against Ukraine – impact on Taiwan’s security and relations with Central and Eastern Europe” organized by CEIAS on 15 June 2022. Information presented in this article represents the event takeaways as understood by CEIAS and should not be attributed to any event participant.