Singapore 2020 snap elections: Back to the “normal” dominance of the People’s Action Party 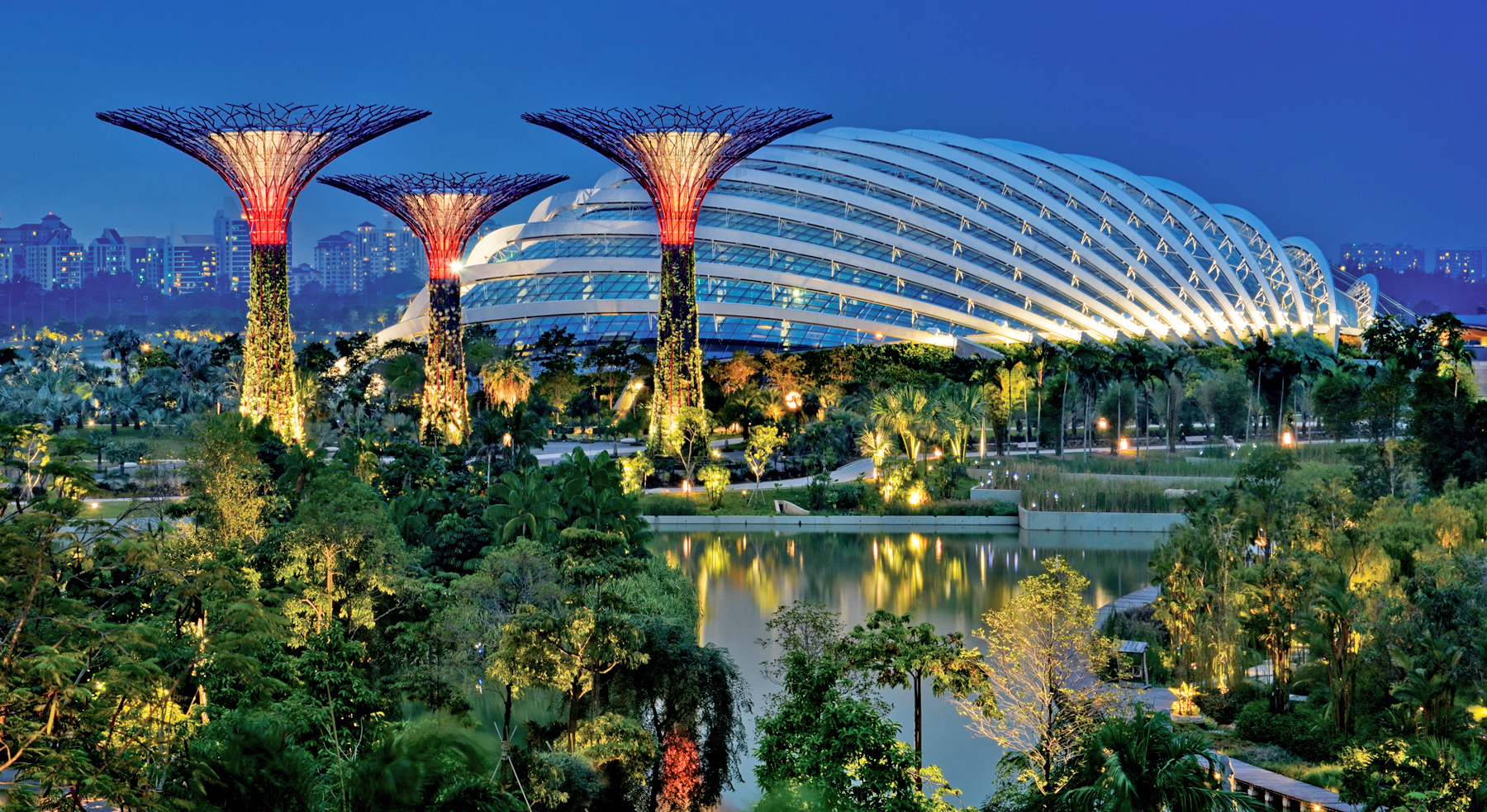 With the July 2020 election, Singapore’s political system returned to normalcy in non-normal times of the COVID-19 pandemic. Despite significant losses, the People’s Action Party (PAP) remains the predominant party. The relatively strong result of the opposition, however, demonstrates the wish of the Singaporean citizens for more pluralism and alternative narratives.

Holding elections during the COVID-19 pandemic, especially a snap election, is no ordinary task, but can also be regarded as a testimony for the resilience of a political system. In Singapore, where the national election was held on 10 July 2020, the voters were required to wear face masks. Due to the strict sanitary measures, voting was extended for two hours. During the electoral campaign, mass gatherings and handshakes were forbidden, and social distancing rules applied. Instead, online gatherings were held, but the candidates also maintained the tradition of door-knocking to reach out to the voters (albeit they kept the necessary distance). The voter turnout was 96 percent, though, voting is compulsory.

In the case of Singapore, however, already the General Election (GE) in 2015 did not occur during normal times: In this year, Singapore prominently celebrated the 50th anniversary of its founding. In addition, founding father and long-term Prime Minister Lee Kuan Yew died in March 2015, a few months before the election.

The People’s Action Party (PAP), the ruling party since independence, used Lee’s legacy as the architect of the tremendous socioeconomic development of the city-state in its electoral campaign. The PAP, under the leadership of Lee’s eldest son Lee Hsien Loong, Prime Minister since 2004, succeeded with its propaganda strategy: The party won 69,9 percent of the votes, compared to 60,1 percent in 2011 – the worst result for the PAP ever. However, due to the PAP-friendly majority voting system, it won 83 of the 89 seats in the parliament. The center-left Workers’ Party (WP) gained the remaining six seats.

The results of the GE on 10 July 2020 show a trend of back to the “normal” dominance of the PAP. The principal party won 61,2 percent of the votes and 83 of the 93 seats in the parliament. While most parties would regard this as a convincing demonstration of its strength, the PAP is historically used to more than a two-third majority of the public vote. Conversely, the WP gained 11,2 percent and 10 seats – a new record for an opposition party. Importantly, the WP reclaimed victory in the hotly contested Aljunied representative group constituency. While in most constituencies only one candidate is elected, up to five members of parliament are elected in group constituencies. The five candidates of each party must reflect the ethnic diversity of Singapore. Due to the unequal resources of the parties, this system favors the PAP.

The new Progress Singapore Party (PSP) did not gain a single seat, but impressively 250,000 Singaporeans voted for the party in the 24 constituencies which it contested. The WP won only 25,000 votes more in the 21 constituencies where it stood for election. This result was a huge disappointment for the PSP, especially as Lee Hsien Yang, the younger brother of Prime Minister Lee, joined the party a few days before the election. He criticized his brother for disrespecting the will of Lee Kuan Yew who wanted his family house demolished rather than turned in a monument to him. Such a family feud was unheard of in Singapore.

Notwithstanding the specific COVID-19 situation, electoral campaigns were in Singapore never as heated as in the Western world or, for example, Indonesia. One reason is that the opposition parties cannot demand fundamental changes. The Worker’s Party propagated in its manifesto only cautious reforms, with a focus on the elderly population and the workers. For instance, it criticized the planned increase of the Goods and Services Tax (GST) to 9 percent and demanded a national minimum wage and improved access for Singaporeans to the universities. WP chief Pritam Singh will become the official leader of the opposition. Being only 43 years old, he will be the future face of the opposition.

After the election, the PAP leadership stressed in an almost paternalistic manner its responsiveness to the wish of the Singaporeans for alternative political and economic visions in parliament. A gradual strengthening of the opposition is acceptable for the PAP, as long as it remains the by far dominant party.

However, it remains to be seen whether the government is willing to address in a more inclusive dialogue with the opposition and the civil society the deeper problems Singapore face. The economic growth has slowed down even before COVID-19. According to estimates, Singapore’s economy could decline between 4 and 7 percent this year. Discontent among the citizens is growing – rising social inequality, high property prices, and immigration being the most controversial issues. As Prime Minister Lee already announced that he will step down during the new term of his government, a new leadership generation of the PAP needs to tackle these challenges.

A semi-democratic system with flawed elections

Regarding economic freedom (rule of law, regulatory efficiency, government size, and open markets), Singapore is ranked globally first, with Hong Kong being the strongest competitor. Although corruption is not a major problem, the dominance of the Lee family (“famiLee”) in the economy undermines the narrative of Singapore’s meritocratic system. For instance, Ho Ching, the wife of the Prime Minister is CEO of Temasek Holding, the main investment agency of the Singaporean government.

When it comes to democracy and human rights, Singapore’s success story becomes bleaker: Singapore is a semi-democratic system with limited freedom of the press and strict social control. Many citizens joke that they live in a “fine city”, meaning that harsh fines apply for undesired social behavior, e.g. for chewing gum, littering, or drinking in public transport. Singapore has therefore also been labeled a “nanny state”.

Rather than being free and fair in the strict Western sense, elections in Singapore are flawed. The opposition faces many legal and informal hurdles, including strict defamation laws. Firstly, the electoral system, a majority voting system based on the winner takes all principle, favors large parties. Secondly, the boundaries of the constituencies are often drawn in favor of the PAP. Thirdly, the campaign is restricted to nine days, limiting the visibility of the opposition. Finally, while the Singaporean media publish excellent and critical analyses of international politics, including criticism on China, the coverage of domestic issues is very PAP-friendly.

The PAP’s ideology of survival

The PAP’s manifesto for the 2020 election emphasized the depth of the crisis caused by the COVID-19 pandemic and highlighted the need to overcome it together. This argument is fully in line with the ideology of survival the PAP created after independence: The small and vulnerable Singapore is surrounded by potentially dangerous close and more distanced neighbors and faces many threats such as challenges to the regional order, trade wars, or terrorism. To mitigate these threats, social unity and a strong government are required as well as national and regional diplomacy, e.g. multilateral structures offered by the Association of Southeast Asian Nations (ASEAN). Like ASEAN, Singapore aims at engaging all stakeholders to prevent the hegemony of one power.

Although ethnically the Chinese population dominates (74 percent of the population), Singapore is deliberately a multiethnic society with 5,7 million inhabitants (Malay 13 and Indians 9 percent). However, there remain fears that Beijing regards Singapore as “third China”, using ethnic Chinese to strengthen its influence in the city-state. Despite close economic cooperation with China, Singapore is traditionally a staunch ally of the United States.

Singapore has almost no resources, especially no agricultural goods. Even water needs to be imported from Malaysia or desalinated. Therefore, the government took from the very beginning a “one step ahead” approach, as Singapore needed to be stronger than its regional competitors. Pragmatically utilizing economic policies that worked in other countries, it developed into a global city and a regional trade and finance hub. Currently, the city-state promotes an ambitious smart nation initiative. According to the positive official narrative, thanks to 5G the city will be fully connected, and the digitalization of the economy and the government, as well as self-driving cars and buses, and smart homes, will make life even more comfortable and secure. In the last years, Singapore took also strong measures to become even more environmentally friendly.

COVID-19: A tale of two cities

Initially, Singapore was regarded as a model of how to deal efficiently with the COVID-19 pandemic with elaborate testing, contact tracing (including the TraceTogether app), and isolation measures rather than implementing a harsh lockdown. However, in early April 2020, the outbreak of a second wave in the communities of migrant workers, most of them from South and Southeast Asia, caused a strict lockdown by the government. The city-state recorded 45,000 COVID-19 cases. The new outbreak also sheds light on the negative aspects of the Singaporean developmental model.

Critics claim that Singapore exploits its foreign workers. More than 1 million migrant workers with limited rights and on short-term contracts live in Singapore. The male workers are mostly employed in the construction or cleaning sector, thus providing essential services for Singapore. Nevertheless, according to Laavanya Kathiravelu, a sociologist and specialist for migrant labor at Nanyang Technological University, they are usually “invisible”. The sanitary and living conditions in the dormitories outside the city resemble more a third than a first world country. They were an ideal environment for the spread of COVID-19.

Singapore is a role model for many authoritarian developing nations. The reason is that it combines socioeconomic success – its GDP per capita is higher than that of most Western nations – with a power monopoly of the ruling party, despite formally free elections. Sometimes overlooked by authoritarian (and maybe even corrupt) foreign leaders is the fact that Singapore is also an outstanding example for good governance and upholding rule of law. However, Singapore’s successful technocratic approach became also increasingly attractive in the Western world, despite its obvious shortcomings regarding democratic standards.