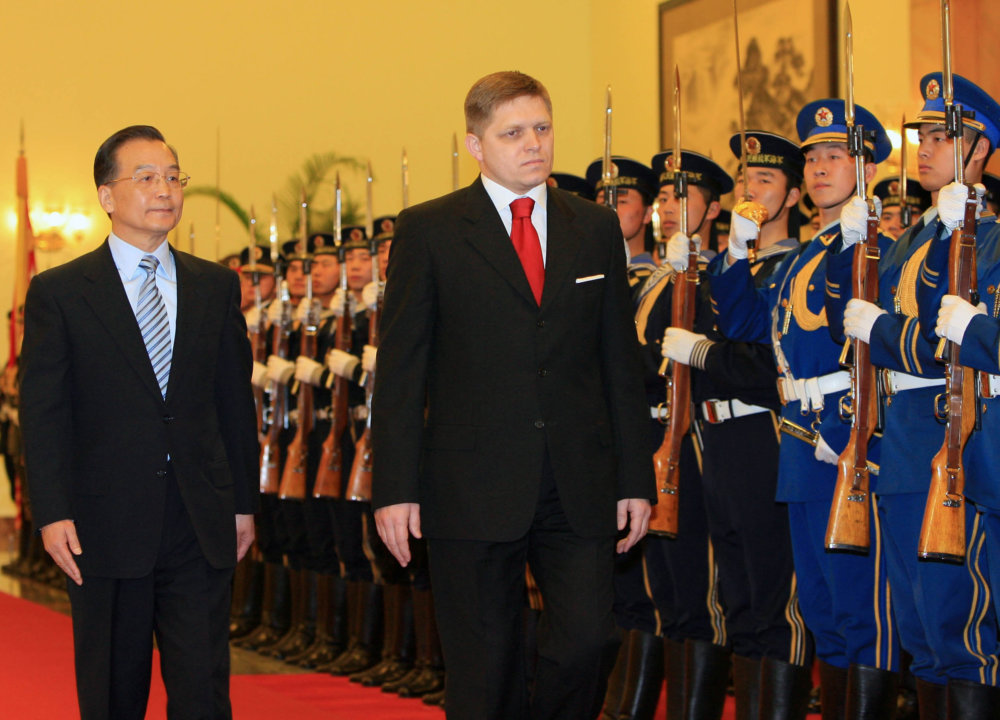 Slovakia is finally waking up to Chinese initiatives and investments. 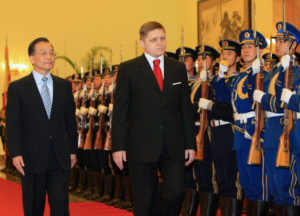 Until recently, Slovakia was the Central European nation with the least interest in China. However, Slovakia now is the only country in the region to have a specific “China strategy” – and it might also receive some major Chinese investments soon.

Compared to Slovakia, its three partners in the so-called Visegrad Group (V4) have been much more active in developing relations with China. Poland established a strategic partnership with China in 2011 and is often regarded as the leader of the 16 Central and Eastern European (CEE) countries in their relations with China through the so-called 16+1 platform. Hungary competes for that title and argues that it started its “eastern opening” much earlier, in the early 2000s. Hungary is also home to the largest amount of Chinese FDI and Chinese diaspora population in the region.

The Czech Republic, for its part, has a much more turbulent history when it comes to its approach to China. Before 2012, the country was regarded as perhaps the strongest critic of China in all of Europe. Yet since then, a political reshuffling has caused a nearly perfect U-turn in its diplomatic relations with China and some Czech leaders are now trying to steal for themselves the position of China’s “bridge” or “gateway” to Europe.

As for Slovakia, it attracted some international attention just recently when its president met with the Dalai Lama, which obviously resulted in harsh criticism from China. The country’s prime minister was one of the very few heads of government missing at the 16+1 summit in Suzhou in 2016 and Slovakia also did not send any high-level delegation to the Belt and Road summit in Beijing in 2017. Slovakia did not even have an ambassador in Beijing for about a year in 2016. All in all, the country has been somewhat passive in terms of its China policies.

In 2017, however, there seem to be changes taking place in Slovakia’s approach to China. In April, the country’s government approved a 37-page long “Strategy for the Development of Economic Relations with China 2017-2020.” An even longer “action plan” for this strategy is currently under negotiation and soon to be approved. In short, the documents suggest that Slovakia needs to utilize (while still strengthening) its relatively good political relations with China for economic purposes. The documents then move on to mention various measures to achieve this goal, including increasing the number of diplomatic personnel in China, opening “Slovak houses” in various parts of China to attract Chinese investors and tourists, attempting to prepare schemes how to use Chinese funds to build infrastructure at home, and many others.

The content of the documents is not revolutionary, but the mere fact that the country decided to approve such a specific strategy makes it unique in the region. While Poland, Hungary, and the Czech Republic are highly active in developing relations with China, they do not have comparable strategic documents.

At the same time, Slovakia might soon receive some significant Chinese investments. So far, the country has not attracted any considerable deals and it ranks far below its neighbors when it comes to the overall amount of Chinese FDI. Yet, a few projects under negotiation may change the regional picture entirely. China’s Hesteel Group – the world’s second-largest steel producer – is allegedly near acquiring one of the major companies in Slovakia, the U.S. Steel-owned factory in Kosice. The deal is expected to materialise in April 2018, when the agreement between the Slovak government and U.S. Steel expires and the American company will be free to sell its assets without the threat of a financial fee.

According to media reports, Hesteel’s acquisition of the factory would amount to €1.4 billion ($1.6 billion). Moreover, the factory would require $1-2 billion in additional capital investments in the years to come to retain its good production standing. If the deal really happens as described, it would be biggest Chinese investment in all of Central and Eastern Europe since Wanhua’s 2011 acquisition of BorsodChem in Hungary. It would also instantly make Slovakia one of the CEE countries with the most Chinese FDI.

Other Chinese deals are under consideration, although they are further from concluding. Possible deals include a strategic 30 year rental of the airport in Bratislava, Slovakia’s capital, and investments in spa tourism or water energy.

Even more importantly, some in Slovakia hope that the country can become another terminal point for the railways connecting China with Europe. Today, almost all the trains from China to Europe go via Russia, Belarus, and Poland. Thanks to its position and pre-existing infrastructure, Slovakia might offer a new railway connection via Russia, Ukraine, and eastern Slovakia, from where trains could continue farther west, south, or north in the EU.

This new line would have several advantages. The wide-gauge railway from Russia and Ukraine terminates in eastern Slovakia, where existing intermodal terminals can transfer goods to European-gauge tracks. Moreover, the second largest city of Kosice (also the location of the U.S. Steel factory) would play a major role here as it is a hub for highways and also hosts an international airport. There are also plans for the construction of a new innovation and industrial park in Kosice, next to the new intermodal terminal that could grow here as well.

These transport plans would probably require some additional upgrades were the transport line to be used at higher volumes, but otherwise the corridor is ready to operate. In fact, there have already been Chinese trains utilizing this path on their way to Hungary, and the first one destined specifically for Slovakia to arrive in November. Overall, the primary challenge here is not so much missing infrastructure, but the geopolitical tensions between Russia and Ukraine, which make it difficult for trains to pass their borders smoothly.

Sobering Lessons From the Region

Slovakia might soon be enjoying its moment of high hopes when it comes to developing relations with China. However, the recent experiences of other countries in the region suggest caution. Hungary, Poland, and the Czech Republic – along with others such as Romania, for instance – have invested much energy in developing political and economic relations with China recently. Yet, there has been some sobering and even disappointment when it turned out that the number of Chinese projects did not progress as initially expected. According to available data, there has not been any statistically relevant increase in CEE exports to China or the amount Chinese FDI in the region over the last five years, major improvements in political relations nonwithstanding.

Still, it remains to be seen whether the Slovak case can be different. It must be acknowledged that Slovakia follows a somewhat different path from its neighbors, fueled less by high-level political support and more by a pragmatic push from business sectors and economic ministries. Moreover, the country has some advantages when compared to its V4 neighbors – as the only one using the euro as its currency, Slovakia has been one of the regional frontrunners when it comes to economic reforms, attracting high amounts of FDI and generally experiencing rapid economic growth. Even in terms of its trade with China, Slovakia has the lowest trade deficit in the region, mainly thanks to its automotive industry exports. It will be interesting to observe whether the pragmatic “depoliticized” approach to China by Slovakia would be more successful than attempts led by strong political support elsewhere.

Richard Q. Turcsanyi is the Director of STRATPOL – Strategic Policy Institute in Bratislava, and Assistant Professor at Mendel University in Brno. The text was produced as part of the ChinfluenCE project (www.chinfluenCE.eu), run by Association for International Affairs (AMO).