The Hong Kong-Zhuhai-Macau Bridge: White Elephant in the Pearl River 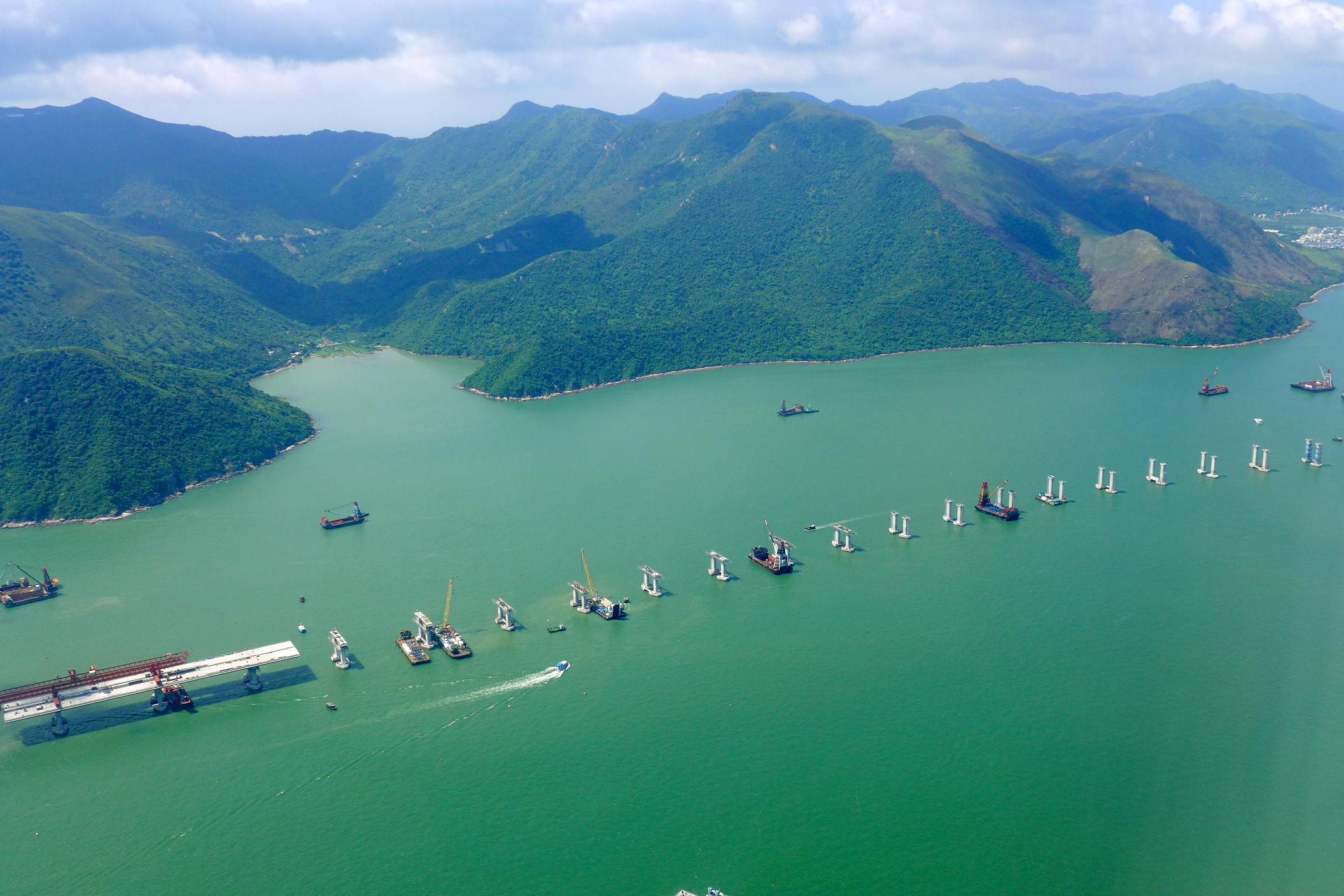 The bridge will never recover its costs. Hardly anyone can drive on it. So why was it built?

At the end of October, after several months’ delay, a new bridge connecting the former British colony of Hong Kong with Macau and the Chinese city of Zhuhai will officially open.

The 55 kilometer long bridge crosses the mouth of the Pearl River, in the middle of which it briefly submerges into a tunnel that allows for passage of the largest ships. A vast crossroad just outside of Macau splits the Y-shaped bridge into the Macanese and Chinese parts.

The opening ceremony – located in Zhuhai to avoid potential protests – will certainly mention amazing engineering achievements and the tremendous potential of the bridge. Since it stands in the area where one of Asia’s largest rivers meets the South China Sea – and a location repeatedly hit by powerful typhoons — technical execution of the construction was undeniably challenging. So was the construction of the multiple artificial islands that serve for border control and bridge maintenance.

The bridge will be one of the most visible symbols of the Chinese Great Bay Area project that aims to emulate San Francisco’s example and connect Hong Kong, Macau, Guangzhou, and other cities in the Pearl River delta into a metropolitan area and an integrated business center with 67 million inhabitants.

Few in Hong Kong are celebrating, though. The opponents of the project have a long list of objections, with the price tag coming out on top. While the idea of the bridge was conceived by the mainland officials, most of the burden is on the shoulders of Hong Kong’s taxpayers, who would rather see the funds spent on education or housing. They view the bridge as a way of transferring money from taxpayers to local and Chinese oligarchs, whose construction firms built the whole project.

More in the article by Martin Šebeňa at The Diplomat.