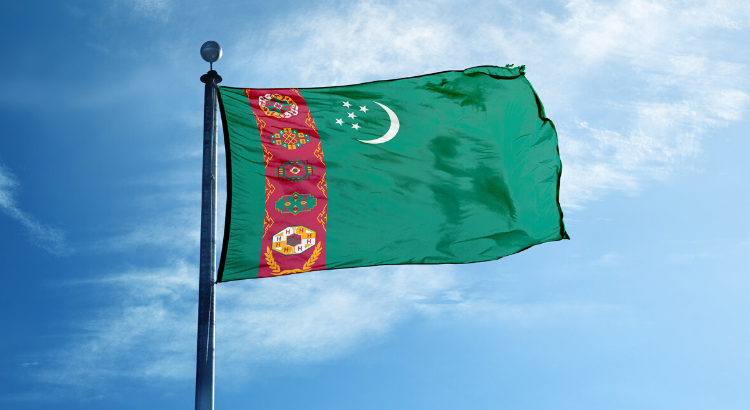 The European Union poses itself as a model of liberalism, democracy, and global governance. Yet last year the EU normalized relations with Turkmenistan, one of the world’s most severe dictatorships, in a bid for Central Asian energy access, igniting concerns about the future of EU normative values in the bid for energy extraction.

The European Union (EU) imports nearly half of its total gas from Russia. With growing threats from Russia’s strong market leveraging power, and in need of a more diversified energy economy, the energy resource-poor EU is increasingly looking to Central Asia for imports. Of growing importance to the EU is Turkmenistan, a nation which houses the world’s fourth largest gas reserves, and with which the European Union has solidified its relationship last year through ratification of a Partnership and Cooperation Agreement (PCA). This normalized relations with Turkmenistan after a ten year freeze due to human rights concerns and continuing dictatorship.

The PCA allows the European Union to move forward with the construction of the Trans-Caspian Pipeline (TCP), a project that has been negotiated on-and-off since the late 1990’s. The TCP project involves the construction of a 300-kilometer pipeline that would run from Turkmenistan across the Caspian Sea and into Western Europe.

Diversifying energy imports is arguably in the EU’s best interest. This is particularly true as Russia exerts its geopolitical power to adjust energy prices, furthers the conflict in Ukraine, and disseminates disinformation campaigns. However, the EU risks being at the losing end of this deal, both in terms of competition and regarding the blocs normative values.

At the center of the TCP is Turkmenistan, a country of six million led since 2006 by repressive leader Gurbanguly Berdimuhamedow. Currently, Turkmenistan’s primary energy partner is China. China imports nearly twenty-seven percent of its total gas from Turkmenistan, totaling 33 billion cubic meters in 2018. Chinese exports support the Turkmenistan energy sector, accounting for over 30 percent of its GDP.

As the largest trading partner for every Central Asian nation besides Kazakhstan, China risks losing negotiating power in the region with EU involvement, particularly in Turkmenistan. Even though Turkmenistan’s large outstanding debt to China (approximately $9 billion USD) provides China with leverage in the country, increasing EU influence in the region and a more diversified economy could  balance China’s influence.. While China currently supports the TCP in its efforts to limit Russia’s power in the region, the EU should consider all aspects of its position before entering an increasingly competitive Central Asian market, notably influenced by Russia’s historical clout and opposition to the project.

While the European Union prides itself on liberal values, including democracy, equality, transparency and human rights, its trade normalization with Turkmenistan questions EU foreign policy goals and values. Turkmenistan – one of the most repressive authoritarian states in the world, scored only 2 points out of 100 in Freedom House’s 2019 Report, ranking even below North Korea.Further, Turkmenistan’s authoritarianism is increasing, ranking second-to-last in press freedom and labeled an, “ever-expanding news ‘black hole,’” by Reporters without Borders this year. The EU should respond more strongly to Turkmenistan’s increasing state domination of the economy, persecution of religious groups, forced disappearances and crackdowns on public dissent.

With EU’s normative values serving as one of the Union’s more powerful foreign policy tools, former High Representative Federica Mogherini’s visit to Ashgabat last year to begin negotiations for an EU delegation in Turkmenistan raises eyebrows, as does the EU’s softened demands for stringent reforms it has requested from candidate countries and trade partners in the past. Unreliable partners, unstable markets, and government-controlled economies should encourage pause by the European Council, despite the risk that Turkmenistan is hesitant to agree to concessions in the short-run.

The EU Foreign and Security Policy seeks to “develop and consolidate democracy, the rule of law and respect for human rights [and] fundamental freedoms,” and as one of its primary goals, the European Union must pursue a long-game approach. Continued weak posturing through Human Rights Dialogues is not enough.

The European Union should seek to enter the Turkmen market with the strongest position possible given its potential to import $5 billion annually and diversify Turkmenistan’s market. This process, however, involves greater demands for reform, further research into China’s long-term goals, and a united front of European values supported by all EU member states. A balance must be reached between pragmatic energy needs and EU normative goals

The European Union should take this opportunity to demand key reforms in Turkmenistan which could increase its leverage in the risk-ridden race for Central Asian energy – but only should Turkmenistan accept. The risk remains that Turkmenistan refuses a trade deal with the European Union in favor of working with China or Russia, countries that do not demand governance or structural reform.

However, now may be the ideal time. Turkmenistan was recently forced to reconcile with its dependence on Chinese exports after China opened negotiations to reduce gas imports due to COVID-19, placing enormous strain on a concentrated market. China’s credit-for-resources approach has left Turkmenistan vulnerable to a fluctuating resource market, draining local resources and resulting in decreased foreign inflows.

This was coupled with recent anti-China protests in Kazakhstan. These protests result from Chinese human rights abuses in the Xinjiang-Uighur Autonomous Region, increasing demands by Central Asian governments for Chinese surveillance technology, land-grabbing, and Beijing’s ever-expanding economic presence in the region.

This economic and social crisis may squeeze Berdimuhamedow’s regime enough to agree to tighter EU concessions, including conditionality benchmarks and monitoring systems to ensure measured progress in key areas. Further, the release of political prisoners and the allowance of independent monitors and NGOs in the country should be required. EU values may appear to be dwindling, but it is still possible for the European Union to harmonize its pragmatic energy needs with its normative goals of human rights, development and global governance in Central Asia.