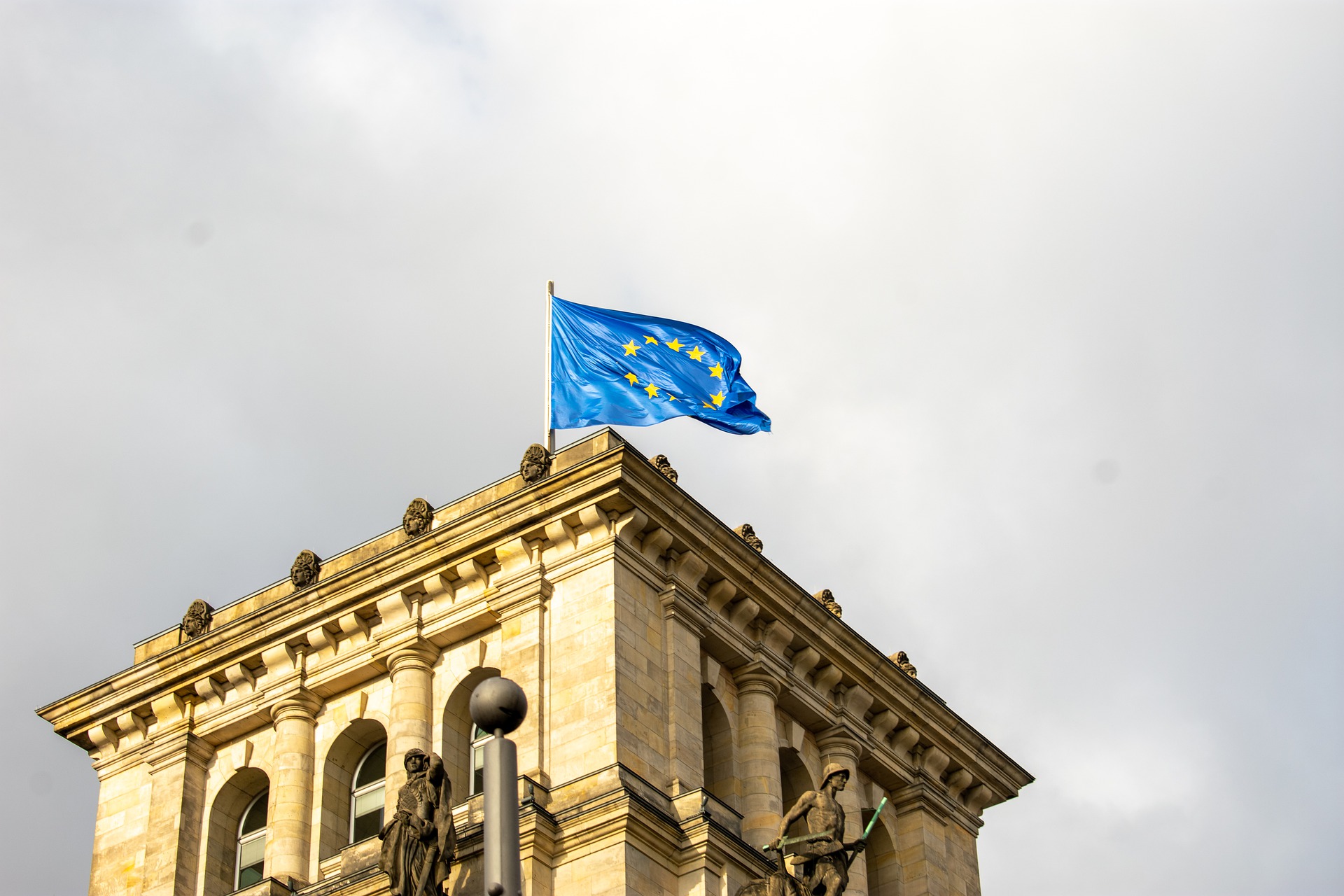 On December 1st, the European Union launched its new Global Gateway scheme, an investment initiative that aims to “boost smart, clean and secure links in digital, energy and transport and strengthen health, education and research systems across the world.” Global Gateway plans to mobilize up to €300 billion in investments between 2021 and 2027. For many, this is Brussels’ answer to China’s Belt and Road initiative. According to others, it’s the EU’s attempt to gain even more influence around the world. “COVID-19 has shown how interconnected the world we live in is. As part of our global recovery, we want to redesign how we connect the world to build forward better,” said President of the European Commission, Ursula von der Leyen. “The Global Gateway Strategy is a template for how Europe can build more resilient connections with the world.” The EU’s foreign policy chief, Josep Borell, said, “A stronger Europe in the world means a resolute engagement with our partners, firmly grounded in our core principles. With the Global Gateway Strategy we are reaffirming our vision of boosting a network of connections, which must be based on internationally accepted standards, rules and regulations in order to provide a level-playing field.”

“CEIAS Considers” asked three regional experts on whether the Global Gateway will boost the EU’s soft power globally and whether it will be able to compete with China’s BRI. 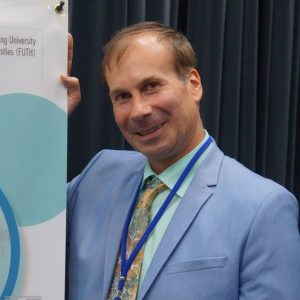 The European Union (EU) is currently in the process of clarifying its strategy towards China and the broader Indo-Pacific region. The approach towards Beijing rests on the threefold perception of China as a partner, (economic) competitor and systemic rival. In the new Indo-Pacific strategy, presented in September 2021, the EU highlights its cooperative and inclusive approach towards the region, embedded in its values-based policies.

A crucial means for the EU to implement its aims and policies is infrastructure and connectivity cooperation and financing. The new Global Gateway Initiative, presented on 1 December 2021, reflects the dual approach of cooperation (with like-minded countries) and confrontation (with China). The Global Gateway has – similar to the BRI – a broad focus, aiming at upgrading transport, digital and energy networks and making them smarter, greener and more sustainable. Also strengthened should be health, education and research systems. Already in the last years, the EU supported Asian partners with aid, loans and technical support to improve their infrastructure. However, from a public relations point of view, Brussels did not sell its support well enough.

The Global Gateway is a form of soft power and provides a values-oriented counter-narrative to the BRI in which democracy, good governance, transparency and the protection of the environment figure prominently. This storyline may sound convincing to Western ears, but if it is notable for semi-democratic and authoritative regimes as attractive as the BRI with its no strings attached lending approach remains to be seen.

The Global Gateway is not a brand new initiative; rather, it bundles different initiatives such as the Europe-Asia Connectivity Initiative and other partnerships. However, it cannot match the BRI financially: The aim is to mobilize from public and private sources 300 billion Euro until 2027. Though, this is no fresh money, inter alia, at least 135 billion will be provided by the European Funds of Sustainable Development Plus (EFDS+). It is questionable if the private sectors participate as much as envisioned or if the financial promises need to be reduced. In this case, a stronger focus on a few key quality infrastructure projects is likely.

At least, due to the Global Gateway the developing nations have more financing options to choose from – and may find ways to play out the donors against each other. Japan, the US, Australia and a group of G7 members recently launched their own infrastructure schemes. Aggregated, these sums match the BRI financing. But to create an added value, closer cooperation among these actors to avoid duplications and overlaps is a necessity.

Even though increased regional and trans-continental connectivity is a desiderate, too many rivaling initiatives based on geopolitical interests rather than a purely transport- and logistics-oriented reasoning may create a costly and environmentally harmful multitude of competing transport networks. Thus, not only competition with China in regard to infrastructure development, but also coordination is required. 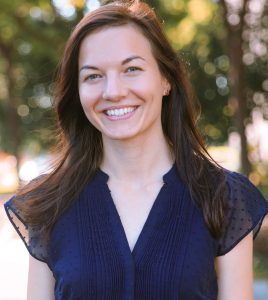 Assistant Professor at Masaryk University’s Faculty of Economics and Administration,

The new European strategy called the Global Gateway, first introduced on September 15, was launched on December 1 by the European Commission and the High Representative for Foreign Affairs and Security Policy. The global initiative is to be an umbrella brand for the already extensive investment projects from the EU and its Member States in infrastructure. The emphasis is on trust, high quality, standards, transparency and good governance.

The Global Gateway document highlights an “ethical approach” and promotion of “democracy, human rights and fundamental freedoms“. It is often discussed as a rival strategy to China´s BRI, launched in 2013. Although it is not explicitly presented as a competitive initiative to BRI and the proposal does not mention China directly, it is the response of the EU’s concerns evoked by the BRI with currently 139 countries signing a Memorandum of Understanding with China. For sure, the tag of #TeamEurope used by the EU Commission head indicates the spirit of competitiveness.

The Global Gateway may provide an opportunity for both the EU and China’s BRI to complement each other by providing an alternative framework and offering a choice for development of partner countries. Besides, an era of great-power competition is demonstrated also by other initiatives, the Blue Dot Network, launched by Australia, Japan and USA in November 2019, and the Build Black Better World, launched by G7 countries in June 2021. All these non-Chinese initiatives are in the early stage of their development therefore the real execution of intended commitments will be revealed in next years. 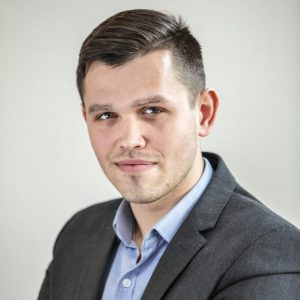 The EU is certainly interested in competing with the BRI via the Global Gateway project. EU leaders ‎make this quite open when they say, for example, that the EU is interested in building partnerships, ‎not dependencies. This intention is well indicated by Ursula von der Leyen’s statement on the state of ‎the EU, stating, among other things, that “we are good at financing roads. But it does not make sense ‎for Europe to build a perfect road between a Chinese-owned copper mine and a Chinese-owned ‎harbor. We have to get smarter when it comes to these kinds of investments.” ‎
However, if the EU wants to compete with China in the developing world, it will have to seek synergies ‎with other partners in the democracy camp. The US, Japan, as well as the G7, have similar initiatives to ‎Global Gateway. In mutual cooperation, they can put together an already significant package of ‎finances, which could be a serious counterweight to the Chinese BRI.‎

Nevertheless, at the very least, an alternative is being created for less developed countries, where they ‎will have the option of choosing between several sources of investment and financing. However, it is ‎questionable how attractive this offer will be for these states, especially in the case of states run by corrupt regimes, which may not be interested in the sources of funding conditioned on the adoption of anti-corruption measures. ‎

In any case, some form of competition between the BRI on the one hand and the initiatives of the EU, the US and, for example, Japan on the other, will emerge, as the individual initiatives also have ‎geopolitical motivation. Thanks to this competition, recipients of financing can benefit from this, as ‎they will be able to find more favorable conditions for themselves.‎

The impact of Global Gateway and other Western initiatives on the BRI should be also examined. The ‎volume of Chinese foreign investment as well as provided financing has been on a declining trend ‎since 2016. The launch of the Global Gateway can play a role in how much emphasis China will place ‎on its own BRI project. However, domestic factors in China, such as the development of the economic ‎situation and the stability of public finances, will have a greater impact on this. Public opinion will also ‎have an impact, in which nationalist tendencies in particular may affect the negative perception of the ‎BRI by the Chinese population.‎