China in the Slovak Security Strategy: A Step in the Right Direction?

Home Publications CEIAS Insights China in the Slovak Security Strategy: A Step in the Right Direction? 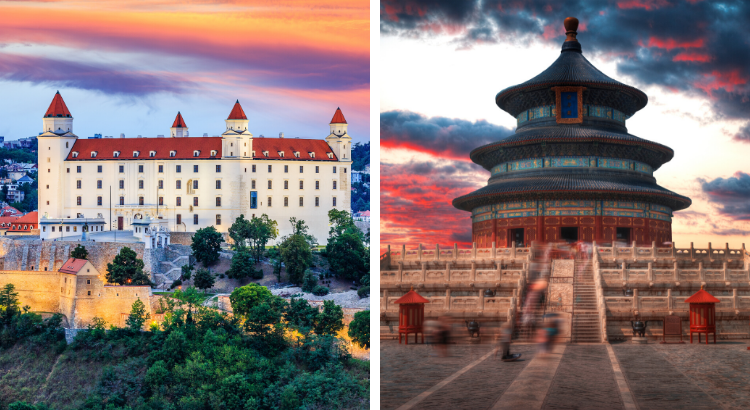 Slovakia is no longer naive about China. However, an effective policy towards Beijing is still a distant goal.

“China is significantly increasing its power potential and political influence, based on rapidly growing military capabilities, which, combined with economic strength and strategic investment, are assertively used to advance Chinese interests. China promotes its own style of governance and a different understanding of human rights and freedoms; the Slovak Republic will take this into account in its mutual relations, as well as in its positions within international organizations.”

This is the key passage about China in the newly approved Security Strategy, which illustrates the fundamental change in the direction of Slovak policy towards China, which occurred after the parliamentary elections in 2020.

The elections brought a major change in the Slovak politics, as after almost 15 years, governments led by SMER – Social Democracy party lost a majority, and a coalition government of right-off-center parties was formed.

Under the SMER successive governments, the Slovak approach to China was quite naive, based on the idea that it is possible to trade with China without fundamental political and security implications. The interview of the former Deputy Prime Minister Richard Raši on Chinese state broadcaster CCTV, where he claimed that Chinese Huawei would be a good partner for building the Slovak 5G network, is memorable.

On the other hand, the parties which form the current Slovak government have a much more strongly values-based approach to China, whence they pay more attention to human rights and security issues compared to their predecessor. These views are also reflected in the Security Strategy.

The Security Strategy rightly notes the growing Chinese influence in the world, which can be also witnessed in Slovakia, as well as the many security risks associated with Chinese activities. These include, in addition to the traditional spread of propaganda, the increasing use of misinformation, strategic corruption, as well as the issue of corrosive capital and investment.

There is still a long way to go from words on paper to action in dealing effectively with these risks. Indeed, this  will require the adoption of several new tools.

The first stress test will be the selection of 5G network suppliers in Slovakia. The attitude of public authorities towards Chinese suppliers (Huawei, ZTE) will be indicative of the extent to which the security apparatus is serious about Chinese security risks.

Another important issue will be the drafting of a law on the screening of foreign investments for possible security risks, the adoption of which is also envisaged by the Security Strategy. It will be crucial to adopt a mechanism that will be able to withstand possible political and corrupt pressure to allow an investment that is highly risky from a security point of view. It should be noted that investment screening is important not only with regard to China but also concerning the activities of other actors from authoritarian states outside the EU.

Perhaps the most important step will be to realize that China uses the whole-of-society approach to advance its interests in the world, including Chinese companies and universities. A recent study by the Central European Institute of Asian Studies revealed that Slovak public universities and the Slovak Academy of Sciences maintain up to 113 different relationships with Chinese universities, of which up to 25 are with universities affiliated with the Chinese military. However, none of the Slovak academic institutions carried out a systematic risk assessment before establishing cooperation, which should be an automatic step even in the case of cooperation that may be academically beneficial.

To deal with these challenges, Slovakia also needs a response from the whole of society. This means that both the state and non-state actors in Slovak relations with China should always evaluate in detail the potential security risks before establishing new cooperation with Chinese entities.

However, Slovakia will only achieve this if a public debate on China and its activities begins in Slovakia. Yet, this is still not in sight. It is also necessary for Slovakia to start participating to a greater extent in the formulation of a common EU policy towards China. The recently published foreign policy plans for 2021 rightly note that Slovak policy towards China must be based primarily on the EU’s common position. Unfortunately, there is no discussion about how Slovakia will co-create this position so that it corresponds as much as possible to Slovak interests.

This state of affairs is well illustrated by the situation surrounding the negotiations on an investment agreement between China and the EU, which were concluded at the end of last year (ratification is expected in 2022). The agreement has been a subject of a rather heated debate in the rest of the EU for its potential strategic, security, and human rights implications. Slovakia would be looking in vain for politicians who would open such a discussion to a greater extent.

The article originally appeared on China Observers in Central Europe.