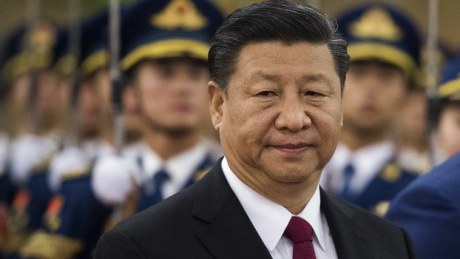 On March 22, the EU announced sanctions against four Chinese officials as well as the Xinjiang Production and Construction Corps Public Security Bureau in connection to ongoing atrocities in the Xinjiang Autonomous Region. In response, on the very same day, China announced sanctions on as many as ten individuals and four entities from the EU that “severely harm China’s sovereignty and interests and maliciously spread lies and disinformation.”

Unlike EU sanctions, which target only government officials, China’s retribution is scattershot, taking aim at a host of member states and EU officials, diplomats, as well as members of civil society. Overall, this could entail sanctions on tens of individuals, casting a much broader net than targeted EU sanctions.

Yet, China’s response is not only asymmetrical. It also points to Beijing’s strategic miscalculation stemming from the increasingly difficult balancing act it has to strike between popular domestic nationalist demands and attempts to maintain ‘win-win’ cooperation with the EU.

Beijing’s asymmetrical reaction stems from the balancing exercise between what China labels ‘core interests’. Publicly, the core interests label is typically used to denote Chinese interests regarding Taiwan, Tibet, South China Sea, or Xinjiang. The scope of the term, however, is much broader.

The notion of core interests was developed by Dai Bingguo, a Chinese diplomat and former State Councilor under Hu Jintao. Dai has proposed that China’s interaction with other countries is determined by its three core interests: survival of the Chinese Communist Party (CCP) and its leadership role; China’s sovereignty and territorial integrity (as understood by China); and continued socio-economic development of China. Thus, core interests serve not only as ultimate motivations behind Chinese actions but also as red lines for what China perceives as acceptable behavior of other states.

While these interests contribute in turn to the ultimate interests of CCP rule, they can often create contradictions. Fostering a cooperative international environment conducive to economic cooperation may appear to the Chinese public as being too weak on sovereignty-related issues, while pushing hard on them may dissuade other countries from economic cooperation with China. Chinese foreign policy is thus a result of a balancing exercise between CCP’s domestic and international interests.

The Xinjiang sanctions episode of EU-China relations displays clearly the pitfalls present in the preference for catering to domestic interests over international affairs.

EU sanctions were highly targeted, as they apply to four Xinjiang-based CCP officials with direct responsibility for the worsening human rights situation (Zhu Hailun, Wang Junzheng, Wang Mingshan, and Chen Mingguo). If China wanted to save face in front of its domestic audience, a tit-for-tat response would stop at sanctioning four EU officials of a similar rank.

Instead, it opted for an asymmetrical response, both in terms of the volume and of the scope of sanctioned subjects. Notable sanctioned individuals and entities include outspoken MEPs like Reinhard Bütikofer or Miriam Lexmann, the entire Subcommittee on Human Rights of the European Parliament, or the entire Political and Security Committee of the Council of the European Union (a crucial body for determining the bloc’s common foreign and security policy).

China’s list goes beyond sanctioning officials as it targets one of the most prominent China-focused think tanks in the EU, the Mercator Institute for China Studies (MERICS), and other civil society leaders. As the bulk of the EU’s China-watching community is somehow connected to MERICS, China upped the ante by making a move aimed at intimidating those engaging in independent and critical analysis of China within the EU.

This escalation of tensions comes at a breaking-point in EU-China relations, symbolized by the finalization of the EU-China Comprehensive Agreement on Investment (CAI).

Even though the EU describes China as simultaneously a partner, competitor, and systemic rival, the rivalry aspect of the ‘Trinity’ did not feature prominently in practical steps taken by the EU.  Indeed, the slowly publicized wording of CAI indicates that the EU, under the auspices of the German Presidency, sought a partner in China rather than a rival.

Immediately after CAI negotiations concluded, it became apparent that the deal would face an uphill battle in the European Parliament. By targeting five MEPs, China has effectively sealed the deal’s fate as it seeks parliamentary approval. Worse still, the five MEPs sanctioned come from four different factions (two from EPP, one from S&D, Greens, and Renew Europe). This may eventually lead to the convergence of policy positions of the four largest factions that collectively control jointly around 70% of votes in the parliament. Similar to the US, China might emerge as one of the few issues on which there is a consensus across the party lines. Already, the EPP’s chairman Manfred Weber has publicly called for adopting countermeasures, while S&D stated that its support for CAI ratification is now conditional on lifting the sanctions.

A Push Towards Transatlantic Coordination

China’s move will also push the EU closer to the USA and its other democratic allies and partners. Not so long ago, China engaged in behavior that could be interpreted as attempting to drive a wedge into transatlantic cooperation on China. Swiftly finishing CAI negotiations before Biden’s inauguration, or rhetorical support for the discussions about EU’s strategic autonomy are an example.

With the asymmetric sanction response, China is effectively pushing the EU and its member states to coordinate China policies with the US. Only a day after both sets of sanctions were announced, the NATO Foreign Ministers met and appeared to reach a consensus on a steadfast refusal to yield to China’s coercive action, namely in sanctions.

“There’s no question that China’s coercive behavior threatens our collective security and prosperity and that it is actively working to undercut the rules of the international system and the values we and our allies share,”  US secretary of State Antony Blinken told his colleagues in Brussels. “We will rely on innovation, not ultimatums.”

In terms of other challenges, not least in technology and labor practices in Xinjiang, China’s aggressive tenor of deflection and counterattacking sanctions has proved counterproductive.

In the short term, China might have assuaged domestic demands for a strong response to EU sanctions. In the long run, however, China has just scored an own goal.