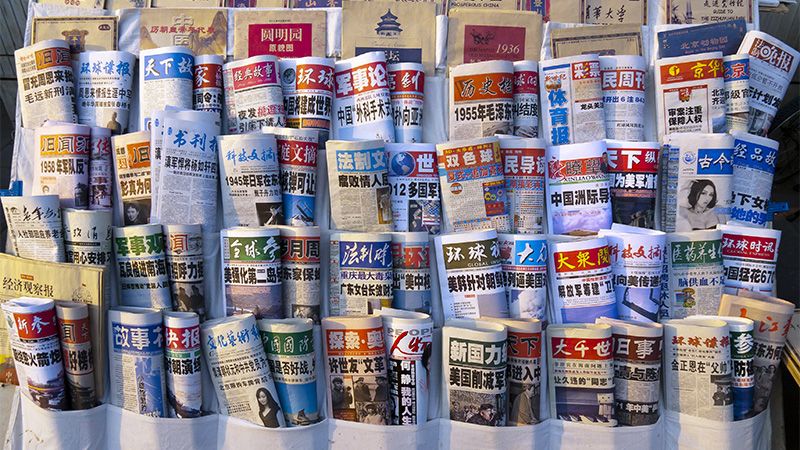 At the end of September 2015, Russia has stepped up military intervention in the Syrian Civil War. Such decision is from the Chinese point of view very delicate and Chinese media hold rather intricate views on this development. Quoting the words of the Ministry of Foreign Affairs spokesperson, the Chinese press condemn any military operations to deal with the ongoing conflict. In Chinese point of view, the Syrian crisis should be resolved through political means rather than through the use of force (在叙利亚问题上，中方一直坚持政治解决叙利亚问题，并提出了解决思路).[1] However, there are some tangled views in the press suggesting that whereas national sovereignty, security and domestic issues should not be dealt with by use of foreign force, there might be exceptions to this rule when safeguarding the exact sovereignty and security in related countries.

On the backdrop of the development of Sino-Russian relations in the last decades, a supportive position of the Middle Kingdom could be expected. Indeed, although China at first opposed any military resolution of the conflict, Xinhua later on highlighted that Russian army in Syria is  safeguarding its own interest in the region (俄罗斯全力维护其在叙的利益)[2] as well as ensuring national security and stability in Southern Russia, which is facing a penetration of extremist religious groups to the North Caucasus region (并阻止极端宗教势力进一步渗透至北高加索地区，进而威胁俄南部的安全与稳定). Specifically, the Chinese press holds the view that Russia through its foreign policy tries to fight against terrorism to secure domestic political stability and unity, ethnic differentiation and migration issues („但是，俄罗斯也存在严重的民族分化和移民问题，如果恐怖主义势力渗透到俄境内，挑起民族矛盾，这将严重打破俄罗斯现有的“高度统一、一致对外”…“ or „俄罗斯高加索地区本身局势十分复杂，加上恐怖主义的渗入，是极易“被策反”和滋生恐怖主义思想的地区，极有可能对俄罗斯的安全构成重大威胁。“). [3] On the contrary, however, we can see a condemnation of military intervention of the USA. In this case, the press also leans to the Russian side, admitting that the best way to combat terrorism is to support Assad and the Syrian government (打击恐怖主义的最好的方法就是支持阿萨德的武装，并且保留叙利亚政府的机构). Many sites cited the statement of Russian President Vladimir Putin saying that no government can intervene in the internal affairs of Syria, or decide who will rule. This fact can only be decided by the Syrian people themselves (“没有任何政府可以干预叙利亚内政，或决定由谁来统治，这只能由叙利亚人民自己决定。). In this case, the press probably tries to show Beijing’s discontent over US military role in possible establishment of new political regime. Moreover, China Daily highlighted the fact, that President Assad asked Russia for military help against the IS, while US’s intervention was not granted by Syrian leader (“阿萨德明确表示，待到重建家园时，叙利亚人民想要依靠俄罗斯的帮助。他请求（俄罗斯石油）公司与叙利亚合作”).

Xinhua also expressed that the main target of Russia in the Syrian civil war is the terrorist organization of „Islamic State“ (俄方多次强调，极端组织“伊斯兰国”是其主要打击目标) and thus this Russian move is pictured as a „war against terrorism“. Furthermore, the Russian military assistance is viewed as a key intervention against IS (俄罗斯不断扩大的军事援助又让政府军实力大增，逐渐成为反“伊斯兰国”行动的主力).

More recently, after the crash of the Russian airplane in Egypt and terrorist attacks in Paris, the Chinese press show support of Russia’s counterterrorism measures to safeguard its national security and stability and maintain peace in the world has risen further. The press also voiced it will work with Russia and international society in responding to the challenge posed by terrorism (中方坚定支持俄方维护国家安全稳定及为此采取的相关反恐行动，愿同俄罗斯及国际社会一道，加强安全领域 合作，共同应对恐怖主义的威胁与挑战，维护世界的和平与安宁). China’s support of anti-terrorist measures may be also understood as stemming from Beijing’s own fear of internal security in Muslim Xinjiang, which could possibly worsen by the rise of terrorism caused by rebellious ISIS militants. Moreover, following the Russian-Turkey dispute after Turkey shot down a Russian SU-24 bomber near its border with Syria, the press shows that Beijing raised its voice urging cooperation between involved countries, so the international community must coordinate in the fight against terrorism, as an urgent task („中方支持国际社会的反恐努力，希望有关各方加强沟通协调，形成合力。“). Even though China tries to keep its distance and avoid getting involved in Russian-Turkey conflict, according to the press, Beijing accused Ankara of helping Uygurs flee Xinjiang to join terrorist groups abroad („土耳其已经成为外籍人员进入叙利亚和伊拉克参战的主要中转国，但相较于其他邻国，土耳其的管控力度并不显著。而根据土耳其媒体报道，IS在土耳其有专门的假护照制作机构，发放给试图参加IS的外籍人员。“).

However, the press expressed Beijing’s more pragmatic reasons for Russian intervention in Syria. Since the Ukraine crisis, Russia experienced sharp depreciation of rubble. With falling prices of oil, Russia is also being cut off it most important income. The Chinese press assume that the strong intervention in the situation in Syria may affect the price of oil, and subsequently reverse the currently unfavourable situation (普京选择强势干预叙利亚局势，通过非常方式影响油价，试图改变不利局面，以避免重蹈前苏联的覆辙). These connotations are more reminiscent of the “oil wars” rather than the above mentioned global altruism, putting the Kreml’s decision into more negative light (俄罗斯空袭叙利亚，最容易让人联想的就是“石油战争”).

More interestingly, there is a belief that Moscow may use the Syrian refugee crisis to put some pressure on Europe and achieve some concessions, for instance in the situation in Crimea or related economic sanctions (莫斯科看起来是希望利用叙利亚的难民危机来增加对付欧洲的筹码，并且他们认为：美国与欧洲可能需要做出很大的让步，比如撤销在俄国吞并克里米亚之后美欧对俄国的经济制裁). The press also came up with a statement that Russian intervention in Syria can be seen as an extension of the Ukrainian crisis (俄罗斯介入叙利亚，也可以说是乌克兰危机的延续和拓展). The “return”of Crimea to Russia boosted the morale of the Russian nation and also brought a stable rear base for the Russian Black Sea Fleet (俄罗斯要竭力守护在乌克兰危机博弈中已夺得的果实。克里米亚“回归”俄罗斯怀抱，极大地提高了俄罗斯的民族士气，也在军事上使俄罗斯黑海舰队有了稳固的大后方). That is why Chinese press thinks that Moscow cannot let the Syrian conflict unchecked and should support the government of President Assad, so that the area of Crimea and the Black Sea would not be controlled by other powers  (但是，如果放任叙利亚局势不管，阿萨德政权极有可能垮掉，引发周边局势的动荡，甚至“多米诺效应”，这样一来，地中海及周边可能落入他人之手。该区域一旦被封锁，俄罗斯黑海舰队将无法进入地中海，以及到达更远的地方。).

Last but not least, the press also came up with a theory suggesting that Putin is through the Syrian crisis trying to demonstrate its military power (从军事角度看，俄罗斯的意图绝不仅仅限于空袭，至少可以利用叙利亚这个“靶场”来达到“练兵”的目的，同时也能检验其境外军事投送的水平).

The terrorist attack in Paris and the one on Russian passenger aircraft made all relevant parties feel the urgent need for resolution of the Syrian crisis. As we may notice, Chinese press despite the constant condemnation of military resolution of the conflict in Syria and accentuation of peaceful solutions, finds quite vocal excuses for Russian behaviour. It seems that national security and stability, as well as actions against terrorism are issues, which according to Beijing should be safeguarded by all costs. However, we can expect that Beijing will continue to call for a peaceful resolution of the situation, without further military intervention.