Europe needs to wake up to China’s influencing strategies 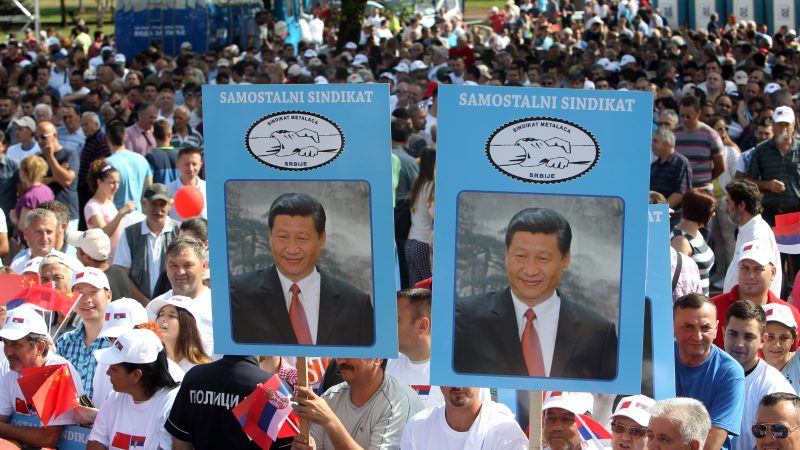 As Europe is waking up to the Chinese party-state’s growing influence inside its territory, China experts in Europe need to make themselves heard.

“So what are the European data on this? Should we worry? And how much?,” a European journalist hoping to address China’s growing political influence in Europe recently asked. He had picked up on the shift in European public debate on China’s rise. Chinese state actors’ influence in Europe is becoming an increasingly important topic in Brussels and national governments across Europe.

Elsewhere this is different. The impact of the United Front, the Chinese Communist Party’s (CCP) department responsible for advancing Chinese interests abroad, and of China’s Confucius Institutes in local universities has attracted in-depth research and media attention in countries like Australia and New Zealand for quite some time. In Europe, however, the conversation has only just started.

Debates in Australia and the United States can serve as inspiration for the European response to China, but ultimately Europe needs to find its own way of dealing with increasing Chinese influence. European regions’ interactions with China vary widely, as do the regional strategies of the CCP’s United Front Work Department. But what’s lacking across the board in Europe is expertise on China. Plugging this knowledge gap should be a priority for the EU and its member states. European institutions at national and EU level should promote investment in independent, locally funded China expertise (including language skills) and combine this with research and training programs connecting China experts with a larger community of researchers, journalists and NGOs.

Research should be pooled and shared

Europe needs better knowledge-sharing networks to offset the lack of a shared public sphere. For instance, it can still be a challenge to spread the findings of research projects across regional and disciplinary boundaries. In addition, many mainstream media and policy researchers have yet to wake up to the many ways in which China’s influence within Europe is growing.

In addition to bilingual press releases (respectively for national media and for an international audience) and (social) media outreach, spreading China-related research through academic, policy and business networks is crucial to improve the  knowledge-sharing process. Researchers in these networks can play a key role in contextualizing China’s influencing efforts to those European professionals who are new to the debate.

Europe also needs public forums and debates that bring together people from different regions and backgrounds to discuss issues of common concern such as China’s Belt and Road Initiative (BRI). Moreover, Europeans have to find their own ways to shape their debates. Events at government level sponsored by Beijing, such as the 16+1 framework, which connects central and south-eastern European countries with China, reveal a need for transnational networking opportunities. Yet such official gatherings do not allow for free discussions of Beijing’s objectives and conduct, leaving a clear need to complement them with locally funded European initiatives. Where such opportunities exist, participants frequently note how useful such events are for connecting them to people working on similar issues in different parts of Europe.

In addition to research, journalism can play a key role in filling the data gap on Chinese activities in Europe. Investigative efforts, like Reuters’ 2017 report on money laundering through the Chinese bank ICBC in Spain, or Politico’s profile of China lobbyist Luigi Gambardella in Brussels are rare. We need more such in-depth reports on China-related developments in Europe. The EU’s investigation into the Budapest-Belgrade high-speed rail connection or Chinese pressure on Uyghur communities residing in the EU are just two examples of what such investigate reporting could cover. In addition to informing the public, such journalism can also fuel academic and policy research.

European versions of an initiative like the South Africa-based China-Africa Reporting Project, offering training and financial support for selected investigative projects about Chinese activities in Africa, could help. Such support for independent journalism could be initiated and funded by European university research centers, think tanks or foundations.

Like the South African initiative (funded by the US-based Ford Foundation), such thematic reporting projects would invite, train and sponsor both local and independent Chinese journalists to undertake investigative journalism. While China-related media training programs are not new, most of them involved taking European journalists to China for a tour and background briefings. Some of these programs, especially those by independent European societal actors, have been scaled down or discontinued because of increased difficulties for the organizing foreign NGOs to operate in China. Tours with official Chinese partners are still on-going, although in most European countries they only reach a small number of journalists.

We call for an alternative version of these training programs, taking place in Europe and focusing on “China in Europe” stories. The programs should encourage applications from Europe-based (freelance) journalists or journalism students writing in European languages or Chinese, and support successful participants in finding publication outlets. If European media succeed in giving voice to a more diverse range of informed voices on Chinese activities in Europe, this will improve its public debate.

European think tanks, universities, NGOs, journalists, entrepreneurs, policy makers and politicians all need to know where to look for expertise or to exchange views and experiences on Europe-China developments. Regional cooperation in wider Europe is a highly complex issue, but among China watchers it is not an impossible aim.

The European Think-tank Network on China (ETNC) is just one example of a cross-regional cooperation that could easily be expanded to include institutions from those EU member states that are currently not yet represented in the network. Universities can also initiate or expand research projects and public events on “China in Europe” or, for example, “China in our city.” The European Union and other public entities could increase “1.5 track”-type events, that bring together researchers and policy makers, to encourage a well-informed, balanced dialogue on China’s rise.

Such efforts can kick-start what Australian sinologist Geremie Barmé calls “a united front of a different kind.” Such an open, localized coalition of expertise would help to increase knowledge on China’s growing presence in Europe. Its ultimate goal would be to inform debate among the wider European public on the challenges and opportunities of cultural, economic and political exchanges with China and with Chinese actors in Europe.

Tabitha Speelman is a PhD candidate working on China’s immigration reform at Leiden University, The Netherlands. She previously worked as a journalist for European and Chinese media.

Matej Šimalčík is executive director at the Institute of Asian Studies in Bratislava, where he covers Chinese relations with Central Europe, as well as rising Chinese influence in the region.

This article originally appeared in Euractiv.com.