From Asia to Europe: Why Elections Matter for China’s Belt and Road Initiative 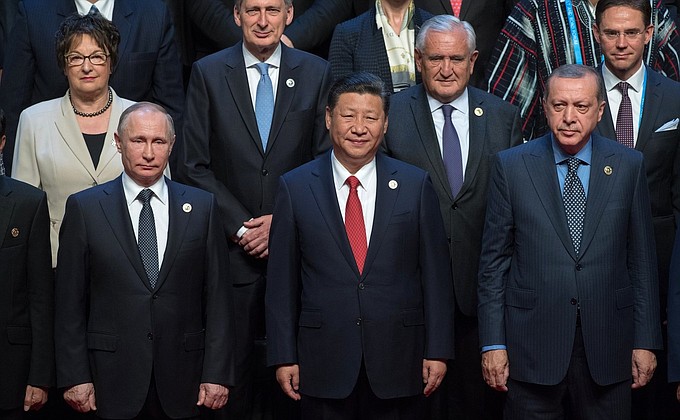 If there is one thing that the Chinese leadership hates, it is not being in control of something crucially important. In the context of its authoritarian political system, the Chinese Communist Party (CCP) remains in power with no need to compete with another political party. However, regime security remains its number one concern (or core interest) and, more than anything else, it relies on the fact that the party is seen as legitimate ruler.

International relations have provided one method for gaining legitimacy at home – in fact, that was true as much under imperial China’s tianxia system as it is today. To put it simply, if the Chinese people see their government being successful and treated respectfully abroad, they are more likely to accept it.

The Belt and Road as a legitimizer

In the years following 2013, the Belt and Road Initiative (BRI) has become the key aspect of China’s foreign policy, far outgrowing its originally stated goal of increasing connectedness on the Eurasian continent. In this way, the BRI has also become one of the important ways for the CCP to build legitimacy. As part of the initiative, China is presented as moving to the ‘central stage’ of global affairs.

Numerous official representatives from all over the world are willing to attend spectacular celebrations in the form of the Belt and Road Forum, and to praise the initiative and its inventor President Xi Jinping. The Chinese media are well-experienced in utilizing this kind of material, and they package it to their people as a proof that China is regaining the global status which rightfully belongs to it but which it had unjustly lost as part of the ‘Century of Humiliation’ (百年国耻).

China’s stakes in the BRI have become pretty high. The problem is that the success of the initiative does not depend on China alone. ‘It takes two to tango,’ and the whole idea of legitimizing current Chinese leadership through the BRI requires that other countries engage with it and produce enough ‘success stories.’ Indeed, the Chinese leadership has been telling the tale of a highly successful and beneficial BRI through a number of media outlets, amongst which stands out the “My Belt and Road Story” video series on the official BRI website.

It may be ironic to note in this context that it is actually elections, which do not exist in China but play the role of ‘wild card’ in the success of the BRI. There are now a growing number of cases when China and BRI projects specifically become one of the major issues in the electoral processes in various countries. That in itself is already something China should be cautious about – indeed, there is a growing politicization of China in general and the BRI in particular. While not everywhere, in some places electoral outcomes have even led to situations threatening to undermine both individual projects and the general mode of BRI functioning.

Malaysia and Sri Lanka: The headaches

Malaysia is now an often-cited example of a ‘BRI backlash.’ After the major electoral reshuffle, the big proponent of large China-financed infrastructure projects, Najib Razak, lost to Mahathir Mohamad. The defeat itself was quite spectacular because this was the first time since the country’s independence more than sixty years ago that the ruling coalition lost. Soon after being sworn into office, Mahathir put on hold and later entirely cancelled the East Coast Rail Link, which was the flagship project of the BRI and China-Malaysia cooperation under the banner of the BRI. Former Prime Minister Najib Razak was later arrested on corruption charges.

A similar example where expensive Chinese-financed infrastructure projects have become a major political issue is Sri Lanka. The country under the rule of former president Mahinda Rajapaksa engaged in massive infrastructure projects funded by China. The projects – a new port and airport in Hambantota – failed to generate sufficient revenues and the Chinese deals became unpopular. This also led to the (double) electoral dismissal of Rajapaksa in 2015. The newly formed government was, however, forced to transfer the control of the port to China for 99 years as it was unable to repay the loans.

The Chinese embassy was unusually supportive of Rajapaksa, both vocally and financially, during his electoral campaigns, which, however, he lost. Moreover, during the 2018 constitutional crisis when Rajapaksa was controversially appointed prime minister again, China quickly recognized him, only to see how shortly afterwards he received a no-confidence vote from parliament and was suspended from acting in that position by the court. Rajapaksa is also being investigated on the grounds of alleged corruption while in power, also specifically involving his links to China. It may seem ironic that most recently Rajapaksa seemed to make a U-turn and protested against some Chinese investments in his hometown of Hambantota, which he now seems to oppose as they have become unpopular with the public.

The Czech Republic and the Philippines: The swing states

Another example of the role of elections is the Czech Republic, which has been counted as one of the China-friendly countries since 2013 when the presidential and parliamentary polls produced both the president and the government (the Czech president is not the head of the government but mostly a symbolic figure) who wanted to improve relations with China. China is a greatly politicized and polarizing topic in Czech politics, with politicians openly declaring their positions on issues such as China’s human rights situation and the BRI.

Four years later, however, the new government is shifting away. Indeed, it seems to be putting more emphasis on the human rights agenda and sees engagement with China as economically dubious. Although Czech president Milos Zeman won his second (and last) term in office in the 2018 elections, he is increasingly losing support in his attempts to engage China. Even if he remains in power until the end of his second term, the country will have to elect a new president in 2023, and it is entirely possible that the new one would take a different position on China.

The Philippines shows a similar trend, as China is currently enjoying a period of warm relations with President Rodrigo Duterte who decided to abandon any active attempts to defend his country’s territorial claims in the South China Sea. Moreover, he does not hide his negative attitudes towards the US, and he never misses an opportunity to court China. This approach can hardly be more different from that of his predecessor, Benigno Aquino III, who during his tenure went so far as to fight a legal battle with China in The Hague. China might relax until 2022 when the Philippines will have another president, but it will not be a surprise if the country shifts significantly from Duterte’s position when it comes to China, especially if economic engagements with China have not persuaded the rather sceptical pro-American public.

Learning by trying or wasting the window of opportunity?

It is often mentioned by both international and Chinese observers that China has a ‘steep learning curve’ when it comes to BRI engagements and that there are already some reassessments being made about how to continue with the initiative so as to avoid some shortcomings, including those mentioned in this paper. The question is whether other countries are willing to give China more options to ‘get it right’.

If one of the BRI goals is to improve China’s profile internationally, the results are questionable. On the one hand, China’s presence globally has undoubtedly grown since the initiative was announced in 2013. On the other, however, the BRI has contributed to what now seems to be growing international backlash against China. It is clearly against China’s interests that an increasing number of countries are reconsidering their links to China because of potential security implications, and also because of uncertain economic benefits.

China may find out the ‘hard way’ that while it may take no time to get countries on board with an exciting new initiative promising to benefit all, it is much more difficult to regain trust after it has been lost with a first shot missing the target.

The article was originally published by Italian Institute for International Political Studies (ISPI).