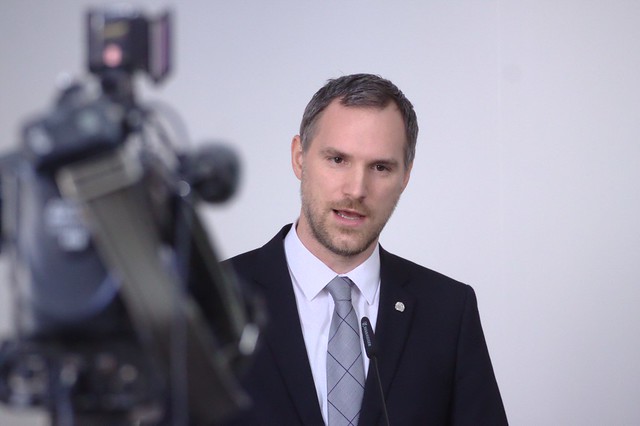 Last week, Prague found itself in a diplomatic row with Beijing. Chinese foreign ministry, through its spokesperson Geng Shuang, asked the Mayor of Prague Zdeněk Hřib to “cease damaging the Czech-China relations.” The issue in question was the twinning agreement between Beijing and Prague. The politically charged document was approved and signed by precedent Mayor in 2016, during the rule of China-friendly government of the former Prime Minister Bohuslav Sobotka, a month before the state visit of Xi Jinping to Prague, and amidst eventually abandoned plans of lending a panda to the Prague ZOO.

Three years and one election later, the new Mayor Hřib from the Pirate party suggested excluding an article acknowledging  the One China Policy from the agreement. “We want an apolitical partnership (between Prague and Beijing) based on cultural exchange, that will be mutually beneficial,” explained Hřib and added that he sees any political declarations in an agreement between any two cities as redundant.

Other members of the City Assembly were more outspoken in regards to the proposed changes, referencing human rights and unwillingness to succumb to China’s ‘panda diplomacy’. On top of that, in the middle of the March diplomatic battle, the Tibetan flag was flown on top of nearly all the city halls in the numerous Prague city districts. And unlike the governmental bodies, Hřib previously declined Chinese ambassador’s request to expel the Director of Taipei Economic and Cultural Office in Prague from the New Years’ diplomatic get-together.

Czech Foreign Ministry was quick to distance itself from Hřib, reminding the Chinese that the Czech Republic recognizes the One China Policy, and explained that the city of Prague does not fall under its authority. This argument was, however, either incomprehensible for the strictly hierarchical structure of the China’s state, or simply has not been accepted.

The Stages of China’s Coercion

Beijing took a month to retaliate. Then in April it called off numerous Czech cultural activities that were to take place in China. Namely it cancelled fourteen concerts of PKF – Prague Philharmonia, although was willing to renew the events if the PKF agreed to publicly denounce Prague City Hall’s action. However, the Philharmonia denounced the pressure from China instead. Hřib promised to compensate PKF by arranging more concerts elsewhere, but could not resist adding a little jab: “I’ll also use the contacts from my recent trip to Taiwan,” he contemplated in an interview.

Three months later, China went on to try a different strategy. Beijing warned the government that the Prague’s actions will negatively translate into the future of Czech-China relationship, naming Hřib and his City Hall colleagues as the main culprits. PRC’s Embassy spokesperson Geng Shuang stated that Prague’s leaders “have acted very badly”and that “if they do not change their attitude, it will harm their own interests.”  The message to the government was clear: either make the Mayor change his position, or face the consequences.

However, there is very little that a democratic government can do with a ‘disobedient’ municipality. Moreover, the current administration seems a little less enthusiastic to fulfillBeijing’s wishes than the previous one. “I find it unfortunate for politics to interfere with culture. Czech government cannot influence the actions of democratically elected municipality. I believe that Chinese side understands this,” wrote the Minister of Foreign Affairs Tomáš Petříček on Twitter and later arranged a one-on-one meeting with China’s ambassador.

Prime Minister Andrej Babiš also concentrated his comments on Czech Republic being a democratic country, where the City Hall has its autonomous voice. He then finished off with a little critique. “I still hold my opinion that China has to catch up in the trade balance and open up its trade to our export,” commented Babiš, who previously expressed his discontent with the frequent trips to China by various governmental officials that appear to have a close-to-zero impact on the actual trade.

Expectedly, Hřib received harsh criticism from the (in)famously pro-Chinese Czech President Miloš Zeman. His spokesperson accused Hřib of damaging the Czech-Chinese relations on purpose and on command of a “foreign power.” The Czech Communist Party, a faithful ally of Beijing in the Czech Parliament since 1993, criticised the Prague Mayor in a similar fashion. “[Hřib] is damaging economic relations of many Czech companies that have entered or are attempting to enter Chinese market,” said the party leader Vojtěch Filip. But he was nearly the only one to assume the ‘economy first’ approach, a stance that was omnipresent in the previous government.

Open but Realistic Towards China

After a period around the year of 2016, when the Czech Republic’s four constitutionally most powerful Czech representatives wrote a humiliating letter to reassure Beijing about their respect of the One China policy, the country might be finally entering a new era of confident politics.  Prague has tried to make this point by, perhaps provocatively, trying to remove a remnant of the previous overtly pro-Chinese policies from its legal documents.

Although critics have labelled the mayor “a spoiled child”, Hřib’s request to “leave the politics to the governments” was not at all unreasonable. Twinning agreements between Beijing and other cities, namely Riga or London, are free of similar political statements. What more, there is also a lot of sense behind keeping Taiwan’s representatives in the diplomatic meetings, since Taiwan (unlike the PRC) is one of the major Asian investors to the Czech Republic.

Whether Prague City Hall’s endeavor will be successful or not, by backing up the ‘rouge’ municipality in the right for its own fight, the Czech government also took an important step. It understood that there is very little to do besides bending own democratic principles, and at the same time little to lose economy-wise if it doesn’t. At last, the country took a turn to, as the Czech Ministry of Foreign Affairs itself puts it, “open, but realistic” foreign policy towards China.

The Czech Republic has always been prone to criticism towards China, with its peculiar focus on Tibet and the human rights issues. The previous government and the current president worked hard to establish a Czech-China friendship and materialize the idea of grand Chinese investments. However, they failed too hard to maintain a successor in their endeavor. Thereare only a few people left in power who still believe in the short-lived China dream, while the government’s newcomers exhibit more assertiveness when it comes to dealing with Beijing. In short, the country seems to be heading towards a more balanced foreign policy towards China.

Alžběta Bajerová is a researcher at Association for International Affairs (AMO).

The article was written under the project Chinese Influence in V4: Understanding the Impact on Political Elites supported by International Visegrad Fund.