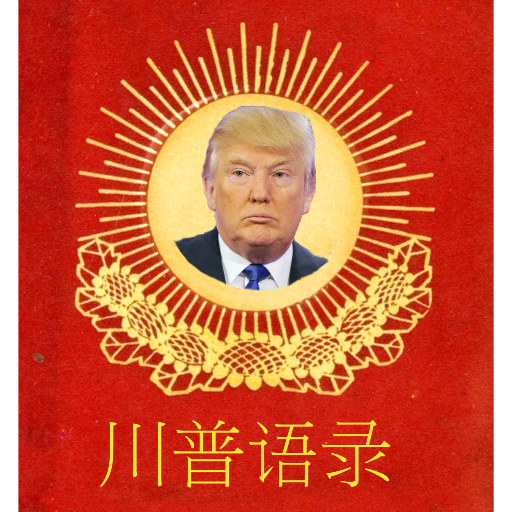 Some people posted a picture of Donald Trump and Hilary Clinton laughing together at a party many years ago, and subtitled it with lyrics from Eason Chan (a Canto-pop singer): “ten years ago, we were still friends, we could still greet each other (十年之前，我们是朋友，还可以问候).” Some consider lyrics from another pop singer Jolin Tsai as fitting the situation even better, because in her 2006 album, Jolin Tsai already “predicted”: “D.T. in the house” (D.T. referred here to David Tao, another pop singer and her singing partner in this song).

Apart from drawing inspiration from pop culture, Chinese netizens also link Trump’s success and Clinton’s failure to Chinese political thought. Some claimed that Donald Trump must be a loyal fan of Deng Xiaoping because his disregard for political correctness follows exactly Deng’s pragmatic cat theory (no matter if the cat is black or white, as long as it catches mice). Others posted the geographical voting patterns, commenting that the Democrats should have read Mao Zedong’s work so they could have adjusted their strategy according to “villages encircle cities” theory (农村包围城市).

There is also a voice claiming that it is on the American election day that the whole Chinese population, for the first time in history, got involved in political affairs (全民参政议政). This is, of course, an exaggeration, though it is true that such high political enthusiasm and free expression were seldom seen after 1989.

Does this mean that Chinese are celebrating the decline of the West as many have assumed? Does this confirm some of the opinions claiming that China is the biggest winner of this election? Things are much more complicated. In China, voices of media are dissonant. Different opinions have appeared in the past 24 hours and they often contradict each other.

Some would assume that it is a good time for the Chinese to celebrate their distinctive political system when the western democracy finally meets its crisis. There are, of course, such voices. For example, a Weibo user says that now he/she feels the ideas advocated by the lighthouse of the free world (shining city on a hill) are a big joke (灯塔国宣扬的理念就是个大笑话). One post that got re-posted many times reads: “fortunately we do not have such a voting system, otherwise our president might be TFBOYS (a teenage Chinese boy band) (还好我们不是民选制度，否则我们的总统很可能是TFBOYS)”.

However, there are also different voices which define the result of this election as another triumph of the democratic system. One argument is that the winning of Trump over Clinton shows that democracy is able to correct its own mistakes — people, through their votes, overthrew Clinton’s corruption, mainstream media’s brain-washing and elites’ monopoly（民主的纠错能力又一次得到体现。人民用实际行动打破了希拉里的腐败统治，打破了主流媒体的洗脑，打破了精英阶级的垄断. It is hard to judge how much sarcasm there is in such posts, but it seems it has a certain level of sincerity indeed.

Is Donald Trump’s victory a good news for China? There are also divergent voices coming from China on this matter. Some appear more optimistic, saying that Trump is a businessman instead of a politician, which means there are chances to negotiate and solve a lot of old issues (caused by ideology differences) (他是一个商人，不是政治家。既然是商人很多事都可以谈。所以对中国来说是一个解决陈年老问题的契机！). This is apparently comparing Trump with the senior politician Clinton, who has a clear ideological preference and a strong vision for the Asia-Pacific region. Some hold a less positive view, quoting Trump’s promises to stop China from “raping” the United States by imposing heavy tariffs on Chinese exports. Although most people do not believe there will be a trade war between China and the U.S. in the near future, many believe increased trade frictions are unavoidable（贸易摩擦避免不了）. When it comes to geopolitics, though the West would predict Chinese being thrilled with power vacuum left by the U.S. in Asia, some Chinese commentators are concerned that the unfamiliar Trump (compared to Chinese’s old frenemy Clinton) might bring in discontinuities to America’s Asia-Pacific policy, which would leave the stability of this region under risk （在外交和军事上，川普奉行孤立主义，要从亚太撤出，这会让亚太的局势变得动荡。如果说希拉里是延续奥巴马的政策，那么现在就要面对一个陌生的川普了）.

Despite the great attention and tension embodied in above discussions, Chinese social media, in general, show a much lighter tone than their western counterpart — Chinese netizens neither share the doomsday mood of many westerners, nor celebrate the beginning of a new era. Instead, there is a palpable sense of sarcasm coming from both great interest and deep indifference. For a few Chinese environmentalists and feminists, this election seems to be a disastrous thing with real consequences, but for most others, it is nothing but an upgraded version of House of Cards. As a netizen on Weibo said, “This episode is over. Time to have beef noodles”.