What does the new security law mean for Hong Kong and for the China-West relations?

Home Publications CEIAS Insights What does the new security law mean for Hong Kong and for the China-West relations? 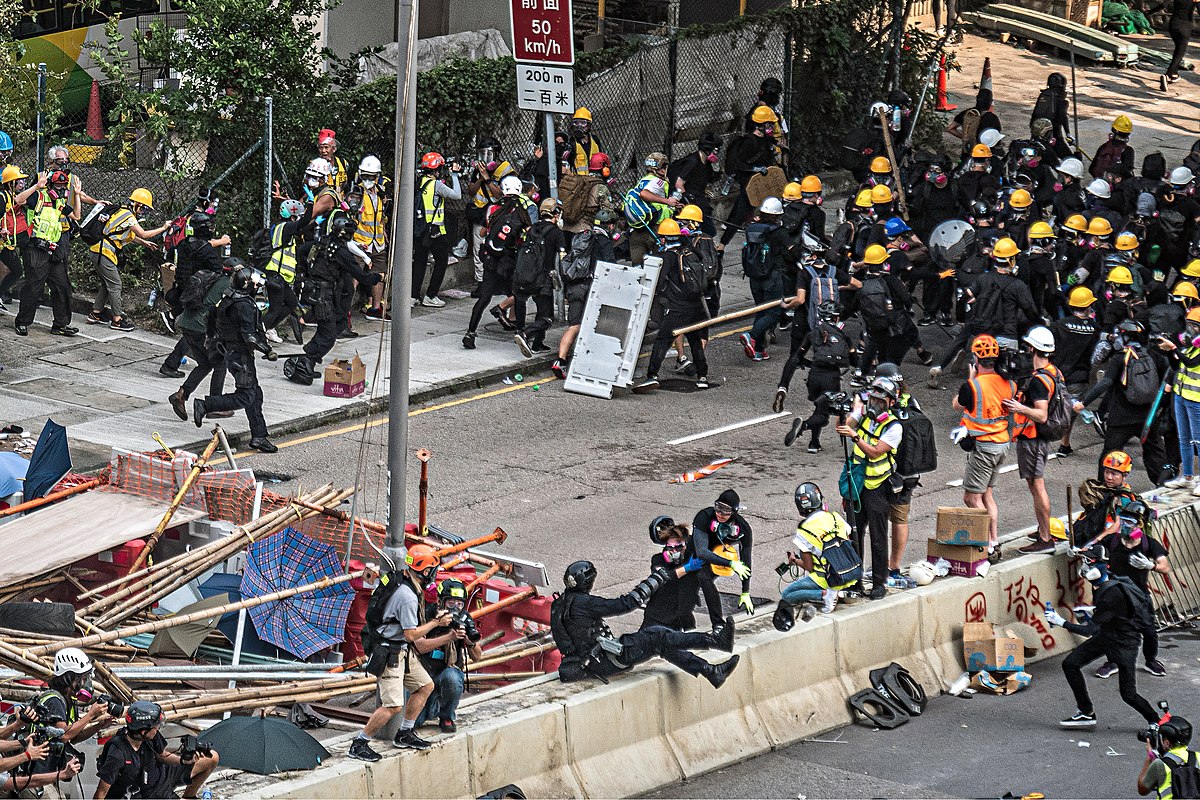 On 30 June 2020 at 11:00 pm, the highly controversial National Security Law for Hong Kong came to effect. The following day, on the 23rd anniversary of Hong Kong’s handover to China by the United Kingdom, first arrests based on the new law were made.

Andrej Matišák has polled several international experts about the law’s impact for the future of the global West’s relations with China. The experts were asked two questions:

1. China says suspects arrested by Hong Kong security office to be tried in the mainland-  some observers say that the new security law is the end of the political-legal system of Hong Kong as we know it. Would you agree, or not, and why?

2. What kind of effect the new security law might have on the China-West relations?

1. Yes, I concur wholeheartedly. The architecture of “1 country, 2 systems” has been dealt a critical, perhaps fatal blow by passage of the new national security law. Under the terms of the retrocession to PRC sovereignty, HK was to maintain its distinctive political-legal structure until 2047. Since 2016, however, a range of measures has gradually eroded that distinctiveness by tilting the political playing field in favour of pro-Beijing candidates, bringing the Hong Kong SAR more into line with the mainland’s legal structures, and sparking mass outrage and persistent protests. These demonstrations, in turn, have led to imposition of harsher methods of control, culminating in the passage of the National Security Law, which took effect on Tuesday. The reforms are not only premature in the context of “1 country, 2 systems” intended timeline, but are sweeping and severe, defining a wide range of national security offences and imposing penalties of up to life in prison. The intent is to force the disbanding of HK protest groups, wiping out opposition. In other words, HK democracy has been in decline for years, but this is its death.

2. The new law contains special provisions and punishments to be applied in cases where foreign interference or incitement of subversion are suspected. This means that a) Beijing believes foreign or “western” forces are involved in the current HK protests and b) that foreign or interstate institutions or bodies now need to consider the legal implications of their interactions with HK citizens, who may face greater risks because of their international connections.

1. The new national security law says that under certain circumstances (‘complex situations’ involving foreign or external parties, etc… all in Article 55) the mainland would take jurisdiction and a trial would be held on the mainland. Other (most?) cases would be tried in HK by HK courts. Until we see the law in practice, this is all we have to go on.

I agree that the new security law does erode HK’s judicial independence. The law requires the HK Chief Executive to identify the judges who may hear national security cases. Currently the judiciary assigns judges on its own. The law also brings elements of mainland law into HK’s common law system, although key provisions of the common law system remain (e.g., presumption of innocence, no retrospective jurisdiction, no double jeopardy).
The mainland has long denied that HK has a ‘separation of powers’ system, with a coequal legislature, executive, and judiciary. The national security law is designed to bring national security at least under the control of the executive alone. The law also prohibits judicial reviews of national security matters. The entire operation will be cloaked in secrecy from the the operation of the new organizations, to their personnel, their budgets, etc.

2. China (the Chinese Communist Party) is determined to protect its security at all costs. I am sure the Chinese authorities can handle whatever the US or EU might throw at it. I believe the relationships between the US, the EU and China continue to be interdependent in spite of COVID and trade wars. I guess no lasting impact. Foreign business in HK seems to be behind the law to the extent that they believe it will restore stability and reduce political risk for them.

1. In matters directly relevant to security this new law will spell the end of the old legal system. But I doubt it will in other respects. There will still be British-trained and even foreign judges in Hong Kong. They will still be able to exert influence in many cases.

I do think there are worries in the sense that there could be differences over what exactly is interpreted as constituting national security. For example, will this mean all dissidence will be banned? I personally doubt it, but we’ll have to wait and see.

The whole situation in Hong Kong has been very worrying for a while. Since the big demonstrations started a year ago, its leaders and the movement overall have become more radical. More signs have emerged of significant parts of the demonstrations moving towards demanding independence. Slogans like “Liberate Hong Kong, revolution of our time” with people unfurling American and British flags, while at the same time trampling on the Chinese flag, must have made the Chinese leaders think that there was a real danger of Hong Kong independence. They didn’t send in troops to suppress such demonstrations at the time, but I don’t think we could expect their patience to last for ever. I am not expecting bloodshed in Hong Kong, but if the demonstrations start up again, I would be very worried indeed about this possibility. While I certainly would not condone such an action, I do think in many ways the demonstrators were irresponsible and have brought this latest move on Hong Kong. I don’t think it is reasonable to expect a rising power like China to accept that part of its territory, formally a colony of an overseas power, will become an independent country. Of course they care about their national security. Is that so different from other powers? I think China is not the only country that bans secession and terrorism, and some are not too happy about foreign interference in their affairs, especially if they suspect malign intent.

2. It will have a very bad effect on China’s relations with the West. Already, for various reasons, the West is tiring of China. Led by the US they now see China as a rival. The mainstream media and governments of the United States and Australia even see China as a threat and an enemy. This is new and, to me, deeply disturbing and wrong.

China’s action in Hong Kong will certainly be another stick to beat China with. To me it is striking that, while the Western powers are very concerned indeed about their own security, they are not prepared to understand that China is also concerned about its security.

The next question is whether the Western powers will take in Hong Kong dissidents and former demonstrators as immigrants or refugees. Maybe they will. But I’m not sure. Just about all the Western countries are sick of taking in more immigrants or refugees, and, despite what UK Prime Minister Boris Johnson has said so far, I’m not convinced that many will be welcomed.

1. I indeed agree on that. The National Security Law has put an end to the balance of powers in Hong Kong. The two new institutions established – the Commission for Safeguarding National Security and even more the National Security Agency (NSA) – are directly under the supervision of PRC’s central government. These institutions are above any judicial control or inspection by any other administration in Hong Kong. The NSA especially, will be only manned by officials from the PRC. Its personnel and properties shall not be submitted to investigation, search or detention, and they have immunity.

This new security system in Hong Kong is discretionary and secret.

2. We will see what will be the reaction from Western countries, but it would hardly be stronger than vocal disapproval, financial or commercial sanction at best. However, voting this law in Beijing, bypassing Hong Kong legislators, is against the Hong Kong legal system as well as against international law (the China-UK joint declaration from 1984 is an international treaty registered at the UN). So China exposes itself to serious distrust from the international community, in the context of the pandemic that has already damaged its international image. This will have consequences for China’s political and economic relations with the rest of the world.

1. I will say that expansive approach to national security employed by the Chinese state appears incompatible with the individual rights and freedoms, especially the operation of the legal system, supposed to be granted to Hong Kong under the one country two systems formula. While we have not seen the law in operation yet, it’s very hard to look at the text and see anything other than one country, one system.

2. This will add further tensions with the West and further reduce the prospects for common ground and cooperation between the West and China.