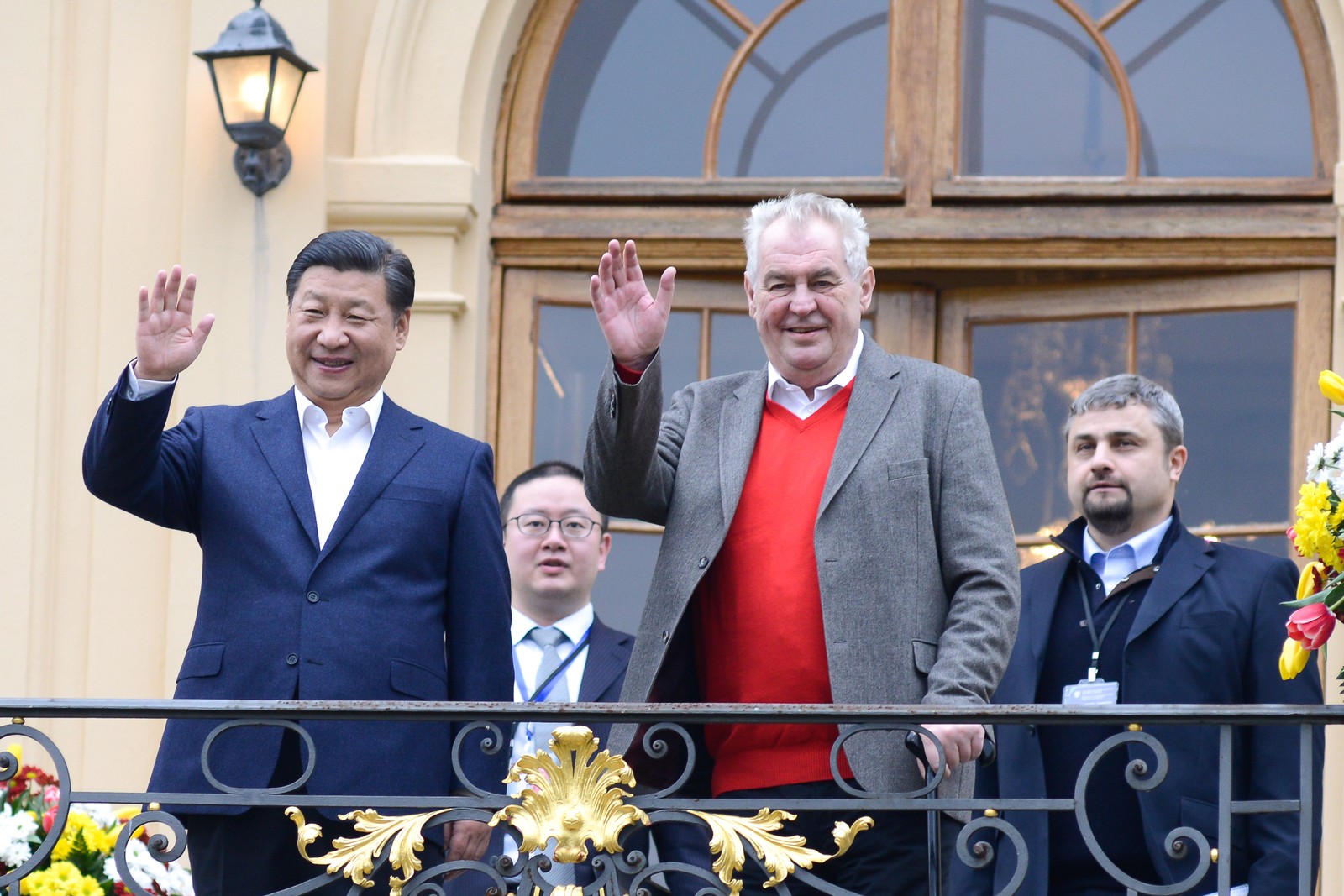 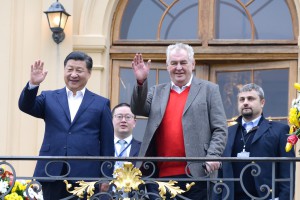 On 28 March, Chinese president Xi Jinping embarked on a three-day trip to the Czech Republic. This is the historically first state visit by a Chinese president in the country and also a first Xi Jinping’s visit as a president to the Central and Eastern Europe(CEE). The Chinese media paid a considerable amount of attention to the visit to show that Xi has received “the most sincere and friendly welcoming” from the Czech side (“最真诚最友好的接待”), as Czech president Zeman promised last November.

The main state television broadcaster in China, CCTV, started to cover Xi’s visit to the Czech Republic on 24th March, which is four days ahead. During the following three days, news related to the Czech Republic and Xi’s visit were seen intensively on CCTV. For example, CCTV news covered Xi’s article published on the Czech Newspaper Pravo Daily, introduced the Czech Republic as an EU country with advantageous location and strong industrial background, and broadcasted an interview with the Czech president. In the interview, the Czech president showed off his Chinese language skills by pronouncing Krtek in its Chinese name “Yan Shu” (鼹鼠) and confessed his personal admirations toward Xi.

From 28th March to 30th March, “News Simulcast”(新闻联播)，a 30-minute daily news programme shown simultaneously by all local TV stations in mainland China, spent more than 10 minutes every day during prime time to report Xi’s Czech trip in great detail. Besides, the Chinese-Czech co-produced cartoon series The Panda and Little Mole were debuted on CCTV children’s channel on 28th, which echoed Xi’s landing in the Czech Republic. On 31st March, though Xi has already arrived in the Unites States, the CCTV news still reviewed extensively on Xi’s Czech trip and commented that the Czech side spoke highly of Xi’s visit.

Official state media such as Xinhua, China Daily and People’s Daily also paid enormous attention to Xi’s Czech trip. Special sessions on Xi’s Visit to the Czech Republic and the Nuclear Security Summit were launched on the official webpage of both Xinhua and China Daily, meaning that every visitor to the webpages would notice the information about the visit. In Xinhua’s session, articles aiming to familiarise Chinese with Czech culture were found beside the news about Xi’s Czech trip. For instance, an article name “The Czech” Around Us (《你我他身边的捷克》) introduced Bata, Bohemian crystal, Antonin Dvorak, Franz Kafka, Pavel Nedved, Milan Kundera, ice-hockey, Karlovy Vary, Prague and Krtek to the Chinese public. Similar content appeared in another article named How Much Do You Know About The  Beautiful Czech Republic?(《这么美的捷克 你到底了解多少?》) On People’s Daily, a special report  called Prof. Palát’s Chinese Dream （《白利德教授的中国梦》）introduced Czech Sinologist Doc. Augusting Palát’s life and work in China during the 1950s. The author, an ethnic Chinese living in the Czech Republic, wrote that she can see Palát’s “Chinese heart” from his photographic work (“从他的摄影作品中，我看到了他的中国心”).

Although filled with positive reports and comments on both Czechs and Xi’s Czech trip, the Chinese media could not totally turn blind to the fact that a few Chinese national flags in Prague were spattered with ink three days before Xi’s visit. Hong Lei, the Foreign Ministry spokesman of China commented on the flag issue on 28th with a firm tone: “the historical visit of Xi will surely advance the friendship between China and the Czech Republic (“历史性的访问必将推进中捷的友好”)[…] a small group of vandals tried to disturb Xi’s visit and harm the Czech-Chinese relations, but they would not achieve their goal”(“一小撮破坏分子妄图干扰习近平主席这次访问，破坏中捷关系这一图谋不可能得逞”).

Hong’s relatively calm reaction shows that comparing to European media’s keen interest on the Chinese national flag incident, Chinese media seem to agree on underplaying this issue, with the populist and vocal Global Times being the only exception. An original commentary from The Global Times refers to this action from the Czechs as “a gentleman surprisingly spits on a red carpet”(“绅士冷不丁地突然往红地毯上吐了一口痰”) and claims that the perpetrators may embarrass the Czech Republic more, even though they meant to disgrace China (“肇事者显然是想让中国方面 ‘不好看’，但更难看的恐怕是捷克官方”). The commentary further explains that this incident cripples people’s view of social governance in Prague and the Czech Republic(“他们挑战的实际上是布拉格的城市管理水平和那个国家不让隆重时刻被一些极端表现打扰的能力”), clearly blaming the lapse on the Czech police.

Xi’s visit ended with substantial achievements such as signing deals that will pour nearly $4 billion Chinese investment into the Czech Republic in 2016 and up to 10 billion more in upcoming five years. However, it is fair to say that Xi’s three-day’s stay is even more symbolic than substantial. Through the significant amount of media reports on Xi’s Czech trip, Chinese media has delivered the following messages implicitly to the domestic and international audiences. Firstly, the Czech Republic has become an “acupuncture point”(“点穴式”访问) on China’s Belt and Road Initiative. Secondly, the favour Czech president Zeman offered by attending the Chinese military parade last September would be repaid with much attention and investment from the Chinese side. Last but not least, directed mainly to the Chinese domestic audience, the visit pinpointed that the Chinese president is welcomed with unprecedented ceremony, be it in the UK last October or in the Czech Republic this March.