China and Iran: Readying for a new trade and military partnership 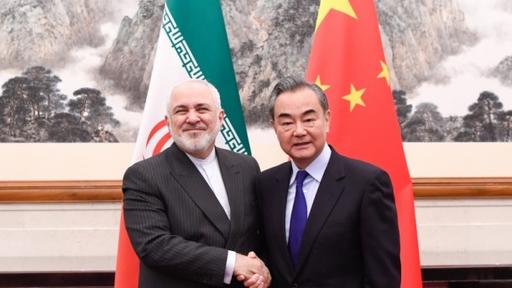 A trade and security pact between Iran and China would be an overt challenge to the United State’s isolate Iran strategy. It would expand Chinese influence in the Middle East, creating the potential for new regional partnerships and fueling the friction in the US-China rivalry.

In July, the New York Times published a leaked draft of a proposal for a new partnership between Iran and China. The document details a 25-year vision for an economic and security agreement between the two countries. The draft of the Iran-China accord is a declaration of a building consensus between Beijing and Tehran to challenge Washington’s strategy to isolate Iran globally. As Iran and China lay the foundation for closer economic and military cooperation, the incentive for countries in the region to pick a side in the US-China rivalry to increases. A rapprochement between Iran and China will have far-reaching consequences both for bilateral relationships in the region and for the future development of China’s Belt and Road Initiative (BRI).

A New Economic and Security Pact

The new agreement between China and Iran promises $400 billion dollars’ worth of Chinese contributions spanning various military and trade issues. Under the agreement, over the next 25 years, Iran will regularly provide heavily discounted cheap Iranian oil to China in exchange for China’s contribution to Iranian sectors including maritime, defense, telecommunication, infrastructure, petrochemicals, energy, railways, ports, and banking. The deal also proposes Chinese assistance in enhancing the Iranian state’s control over cyberspace.

Moreover, it proposes Chinese assistance in building an infrastructure for a 5G telecommunications network in Iran. The Trump administration has blocked the Chinese telecommunications company, Huawei, from developing a 5G network in America. A criminal case was filed against the chief financial officer of the company, Meng Wanzhou, for attempting to conceal Huawei’s investments in Iran in order to evade US sanctions. The inclusion of 5G development in the China-Iran deal signals China’s growing confidence in its ability to take a stand against the United States and absorb any ensuing penalties that it may face from its association with Iran.

The proposal further details the potential for military cooperation, with the opportunity for China to expand its presence in regions that have traditionally been occupied by American forces. In the past few years, China has been making efforts to enhance its military cooperation with Iran. Since 2014, the People’s Liberation Army Navy has participated in military exercises with Iran at least three times. In December last year, the Chinese missile destroyer, the Xining, joined the naval exercise in the Gulf of Oman alongside Russian and Iranian navies. The commander of the Iranian Navy, Rear Adm. Hossein Khanzad, was later quoted as saying that the exercise demonstrated “the era of American invasions in the region is over.” An emerging China-Iran military partnership will certainly be of great interest to Washington as, according to reports from the leaked document, it could involve joint training and exercises, research and weapons development, and intelligence sharing on terrorism, human and drug trafficking, and other cross-border crimes.

However, it is important to note that the particulars of the China-Iran agreement are still being negotiated. The Iranian cabinet has approved this deal. President Xi’s government, on the other hand, has not released China’s stance on the agreement yet. Meanwhile, there is abundant speculation in Iran’s local media with reports of Chinese troops being sent to Iran and the strategic Kish Island being handed over to China to turn into a military base. Beijing is known to use an investment-centric approach to foreign policy. Critics of the China-Iran deal, hence, have warned the Iranian authorities against falling into the same trap that many African and Asian countries that are now indebted to Beijing have fallen into.

Details of this deal were leaked in July—the same month that witnessed closures of the Chinese consulate in the United States and the American consulate in China. Amid the worsening of US-China ties, tensions between Iran and the United States have also been high since 2018, when the US withdrew from Iran’s 2015 nuclear deal and re-imposed sanctions that led to a sharp drop in Iran’s oil exports. Negotiations with China became public knowledge in Iran at a time when the Supreme Leader, Ayatollah Khameini, renewed his vow to avenge the killing of Quds Forces Commander, Qasem Soleimani. The current regional environment that has created the conditions for a China-Iran partnership is particularly interesting. For several countries, China is now perceived as an alternative to the West. In the case of Tehran, China represents a counterweight to Western nations and an alternative to its traditional trade and investment partner, Europe.

The fact that Iran’s powerful Revolutionary Guards Corps is in support of a long-term China-Iran deal is not only a blow to the Trump administration’s aggressive policy towards Iran, but it is also indicative of Iran’s growing frustration with European nations and their faint efforts to save the 2015 nuclear deal. Lately, many analysts in Iran have voiced concerns with European countries’ quiet withdrawal from deals made under the 2015 nuclear agreement.

China, in contrast, has repeatedly called on Washington to uphold the nuclear deal and has condemned Washington’s unilateral sanctions. Certainly, there is much reason for China to align with Iran. China already has various trade, security, and energy deals with Israel, Egypt, Saudi Arabia, and the UAE in the Middle East. If the China-Iran deal materializes, Iran, especially owing to its strategic geographical location, will be another important partner for China in the Middle Eastern region. Linking the southern port city of Gwadar in Pakistan’s Balochistan province to Kashgar in western China’s Xinjiang region under the BRI’s flagship project, the China-Pakistan Economic Corridor (CPEC) requires the construction of a wide network of roads, pipelines, and railway lines. Developing infrastructure for the BRI project requires passage through difficult terrains—which is a process that can be made easier with Iran’s cooperation. Iran, hence, can be crucial to further the long-term economic and security interests of China’s BRI.

As friction in the US-China relationship builds, policymakers in China are also concerned about US Navy forces disrupting oil supplies coming in from the Middle East. Eighty percent of China’s oil passes through the Strait of Malacca. Singapore, which is located at the mouth of the Malacca Strait eastern opening, is a close partner of the United States. The Strait, hence, is potentially a strategic chokepoint that determines Chinese access to vital energy resources. Given the opportunity, CPEC’s Gwadar-Kashgar pipeline project can provide an alternative land route and safeguard China’s energy needs as well as its “Go West” development program. The US State Department has warned of sanctions against Chinese companies that choose to do business with Iran. These sanctions are likely to have major spillover effects on CPEC. China’s step closer to Iran in these circumstances demonstrates China’s boldness and the limits to the influence of America’s anti-Iran campaign.

At present, the United States is dealing with a spike in coronavirus cases and a country-wide recession. Given these circumstances, China senses an opportunity. The Iranian government too is looking at a wide array of complex domestic and international issues, including tough sanctions with little to no prospects of their removal, low oil prices, a free-falling currency, the threat of international isolation, country-wide protests, and one of the worst cases of COVID-19 in all of the Middle East. Supporters of the China-Iran partnership see China as providing a timely lifeline to Iran.

A China-Iran partnership holds great potential to reshuffle the established geopolitical equations between neighboring countries and regional players in the South and Central Asian region. As China increases its foothold in the Middle East and seeks new partnerships to further its economic and strategic ambitions, the incentive for India to push back against China’s expanding regional clout and forge closer relations with the United States also increases.

In the past few years, the Indian government has made significant efforts to deepen ties with Iran’s regional rivals, Israel and Saudi Arabia. India has also expanded its outreach to the UAE—a country that greatly upset the Iranian government when it decided to establish ties with Israel. Ever since the reinstatement of US sanctions, India stopped working on several infrastructure projects in Iran. In May last year, India stopped oil imports from Iran, which made up 10 percent of its total petroleum imports. Following the news of the China-Iran deal, Iran initiated the construction of the Chabahar-Zahedan railway line that will connect Iran’s Chabahar port to Zeranj in Afghanistan. Contrary to expectations, India was not given a role in the project. The Indian foreign ministry, however, denied rumors that India was being pushed out of the project.

There is a growing prospect that Iran’s close partnership with China may translate into Iran’s formal inclusion in the BRI. The top leadership in Iran has already expressed a desire to join the CPEC project. For Pakistan, Iran’s participation in CPEC is a promising opportunity for reconciliation. In the past few years, Pakistan has been pushing to strike a meaningful balance between its ties with the two rival countries, Saudi Arabia, and Iran. Iran can contribute significantly to ease Pakistan’s impending energy crisis if it increases its electricity exports to 3000 MW. Iran has completed its side of the Iran-Pakistan gas pipeline. The China-Iran pact can escalate the pace of the project. Moreover, Iran has plans to build a liquefied natural gas (LNG) pipeline to China along the CPEC route. Owing to its strategic geographical position, Pakistan may facilitate the supply of Iranian oil and gas to China.

Moreover, stability at the Pakistan-Iran border region is critical for the development of the CPEC project. Good Pakistan-Iran ties can be useful in containing India’s alleged interference in Pakistan’s Balochistan province. Pakistan and Iran signed an accord and are expected to join together in a Rapid Reaction Force to manage militant threats at the Iran-Pakistan border. Pakistan’s army chief also approached Iran’s military chief regarding border disputes after a recent terrorist attack on Pakistan’s security forces in Balochistan.

However, it is important to consider that a rapprochement with Iran will not be without its challenges. The very promising Thar coal project in Pakistan’s Sindh province for instance, which is hailed as a solution to Pakistan’s energy crisis, is dependent on technology from an American company, General Electric. It is expected that General Electric may stop supplying equipment for the project if sanctions are put on its Chinese partners.

Analysts in Iran predict that China may be signing the China-Iran accord next year. The China-Iran strategic security pact will not only expand Chinese influence in the Middle East, but it also threatens Washington’s campaign to isolate Iran globally and contain China. Amid heightened tensions in the US-China rivalry, like many other countries in the region, Iran too is seeking to build new bilateral relationships and capitalize on the shift in regional bilateral relationships.

Ellie Geranmayeh of the European Council on Foreign Relations has argued that Iran may be aligning with China in order to gain “useful bargaining chips in future negotiations with Europe and the US over sanction easing: Tehran can portray itself as a balancing force in Western capitals’ relationships with Beijing and Moscow.” The China-Iran deal may hold serious implications for the security and strategic interests of the major players in regional politics, especially in the Middle East and South and Central Asia. The extent of its impact, however, remains to be seen and may depend on the way in which Tehran chooses to play its China card.