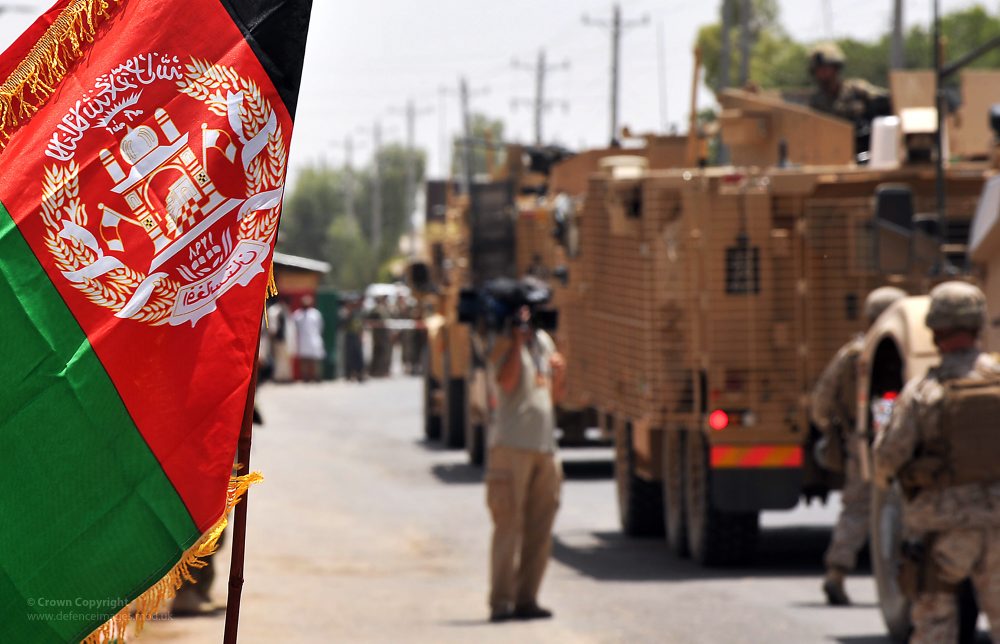 The pace of the Taliban’s military advancement on the eve of the U.S. pullout not only stokes worries of regional spillover, but also shines a spotlight on China.

As the United States approaches the final deadline to withdraw its last troops from Afghanistan, the Taliban are rapidly overrunning districts and gaining control of large swaths of the country. The group is doing so faster than anyone had imagined, to the point that the U.S. military has reportedly moved its forecasted timeline for a possible collapse of the civilian government to only six months after its pullout.

Indeed, with June being the deadliest month in Afghanistan in two decades, the former Afghan President Hamid Karzai now openly calls the Western deployment a “failed mission” underlying the rise in terrorist attacks both by the Taliban, as well as the Islamic State-Khorasan Province (ISKP), which is also active in Afghanistan.

This worry is now particularly echoed when looking at potential scenarios of regional spillovers. Last week, at least 1,000 Afghan security service members fled into Tajikistan. More importantly, the Afghan government has now abandoned the Wakhan district in Badakhshan province, one of the most strategically important areas for China. Badakhshan province, and the Wakhan corridor, in particular, are now all but lost to the Taliban. Unless the group is able to keep a lid on rising tensions, China will be pushed to once again modify its long-standing principle of non-interference.

One of the main goals of the U.S. mission was to eradicate the threat of al-Qaida and make sure Afghanistan will cease to provide a safe haven for terrorist groups active in the region. This commitment is one of the main pillars of the U.S. deal with the Taliban, which pledged to keep the foreign fighters out of the country. However, the most recent U.N. report on Afghanistan published in June 2021 says that the Taliban and al-Qaida continue to enjoy close ties “based on ideological alignment” and forged via “common struggle and intermarriage.” In addition, the document clearly states that al-Qaida and like-minded militants celebrate developments in Afghanistan as a “victory for the Taliban and thus for global radicalism.” In this case, any hope that the Taliban are dealing in a good faith and will live up to their commitments appears largely misguided, if not outright misplaced.

It is now clear that there are two possible scenarios for the future of Afghanistan, none of which will lead to a more stable Afghanistan. In a slightly better outcome, the United States keeps its promise to protect its foreign mission in Kabul and provides a certain level of support for the Afghan military. In this case, Kabul will go on to live isolated from the rest of the country, much of which will probably succumb to the rule of the Taliban. For now, there have been various proposals of foreign deployment in Kabul, one including Turkey and Hungary in a joint mission at the Kabul airport. However, in the most recent sign of the Taliban’s real long-term strategy, Suhail Shaheen, a member of the Taliban negotiation team, cast doubts when speaking to BBC this week on whether the Taliban will be able to accept any foreign troop deployment.

The Taliban’s evolving rhetoric together with their rapid military advancement takes us to the second question: How long can Kabul resist outside military pressure?

As the fighting hits up in the northern part of Afghanistan, the Taliban are now approaching Badakhshan, one of the most strategically important areas for China. Beijing has concerns about the potential of Islamist militancy spilling over to China or Uyghur militants using Afghanistan to regroup and train. Indeed, the country’s regional significance directly led to China’s rising military presence in Tajikistan only 10 miles from the Afghan border, while there have also been reports of Chinese activities in Afghanistan’s Wakhan corridor directly. Another side of the coin is China’s own economic projects, although the real economic value of those could be disputed.

Similar to the U.S., China might have its own reservations as to whether the Taliban will be able to keep the security situation in check. Beijing has long developed ties with the Islamist group, going all the way to the 1990s, and China has always maintained a pragmatic approach to the group. But rising attacks on its interests in neighboring Pakistan, where Beijing finds itself fending off grievances from local militant groups such as the Balochistan Liberation Army, demonstrate a worrying precedent for its growing exposure to local militancy. Even if the Taliban decide to lay down their weapons, the group does not exercise full control over other foreign elements active in Afghanistan. Indeed in June alone, ISKP carried out several attacks in the country, raising fears that the militants are regrouping.

The group China is most concerned about, the Turkestan Islamic Party (TIP), is according to the U.N. still active in Afghanistan. It participated in the siege of Kuran wa Munjan District in Badakhshan in July 2020, and most recently was also reportedly a part of recent clashes there in early July. More worryingly for Beijing, the U.N. also reported that the group has a larger presence in Syria, while facilitating the movement of fighters from Afghanistan to China to establish an Islamic state in Xinjiang. To what extent these claims reflect the current reality is hard to assess; however, they all demonstrate a reason for China to play a more constructive role in Afghanistan to ensure regional stability.

Becoming a more active player would require China to once again modify its long-standing policy of non-interference. However, China has done so in the past, so there is room for it to become more engaged, particularly if the security situation were to deteriorate further. This particularly possible as other countries might push Beijing to fill the vacuum – whether China likes it or not.

For instance, last year a report by the Brookings Institution cited NATO officials as saying that Zalmay Khalilzad, the U.S. special representative for Afghanistan reconciliation, during negotiations with the Taliban briefed Beijing “far more frequently than NATO allies who complained of being left out and considered less important than China.” In addition, Beijing has already used its influence to push Islamabad to release the Taliban deputy leader Abdul Ghani Baradar from a prison in Pakistan.

All this suggests that China might be in too deep at this point to just sit tight. Beijing might be forced to use its regional influence to try to manage one of the most challenging conflicts in the past few decades, and so reaffirm its position as an aspiring regional hegemon.