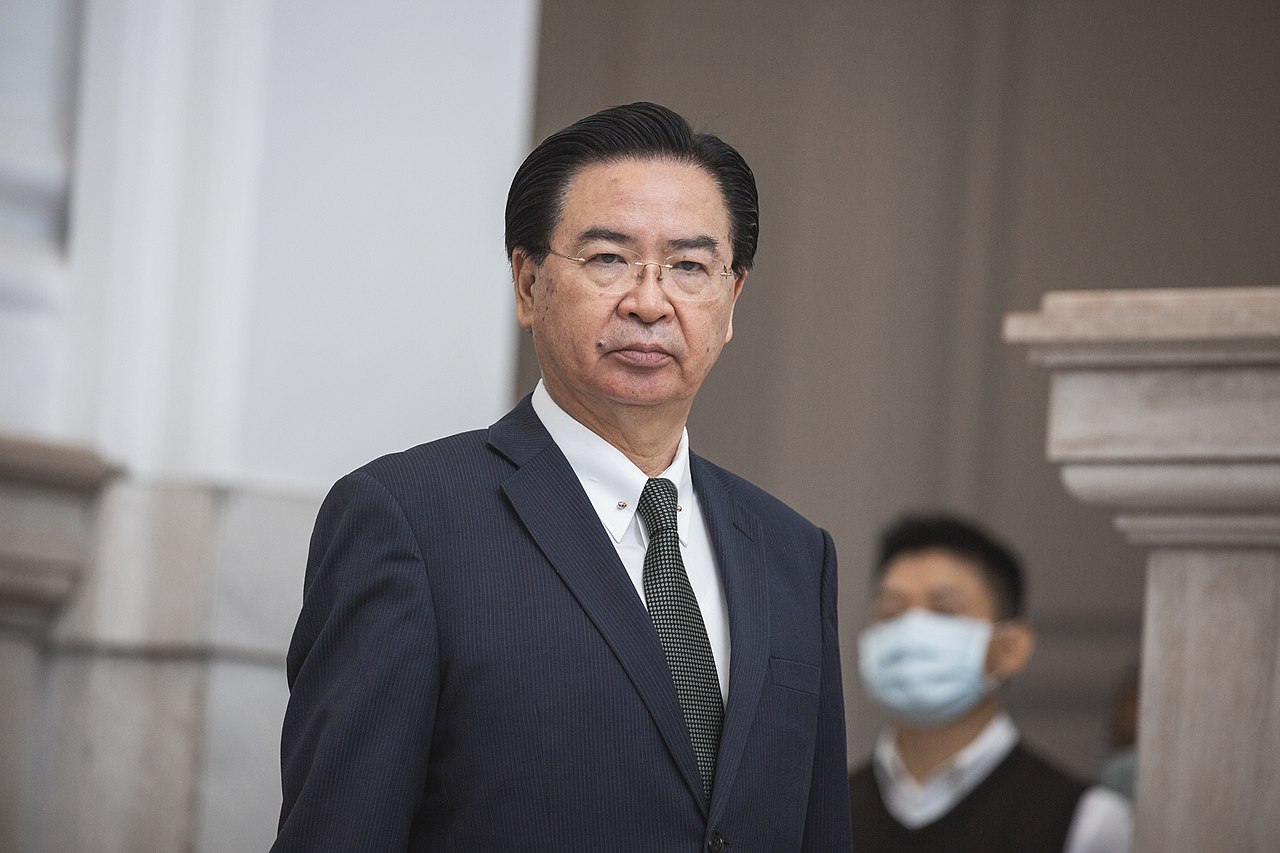 Taiwanese foreign minister Joseph Wu visited Slovakia and the Czech Republic in October 2021 to strengthen friendship among like-minded democratic countries. Along with Joseph Wu’s visit, an economic delegation of 66 members led by Taiwan’s National Development Council visited Slovakia, the Czech Republic, and Lithuania to boost economic and trade cooperation. Despite the unofficial character of the visits, Beijing sees them as an open provocation, an action violating the basis of the ‘One China’ principle and an attempt to divide Europe’s China policy. Chinese media warns that “this may lead to more conflicts between China and some European countries. It could even poison the European Union as a whole.”

Beijing’s insecurity stems from a growing disillusion of the Central and Eastern European (CEE) countries towards their economic partnership with China, as well as from an obvious shift in perception of China in the EU.

While the latest EU policy on China regards Beijing as a ‘systemic rival’ (label increasingly used by the member states as well), the image of Taiwan as a partner in shared democratic values has been often emphasized recently. It is therefore not surprising that Beijing watches closely Taiwan’s interactions with the CEE countries and promotes a narrative that blames the island’s authorities of secessionist attempts.

In a press conference prior to Joseph Wu’s trip to Europe, Wang Wenbin, a foreign ministry spokesperson said that there is only ‘One China’ in the world and Taiwan is an inalienable part of Chinese territory. “China’s determination to safeguard national sovereignty and territorial integrity is unwavering. We resolutely oppose any form of official exchanges between countries with diplomatic ties with the Taiwan region. […] We will take proper and necessary measures to firmly safeguard national sovereignty and territorial integrity. No one should have illusions about this.”

In line with the official statements, Chinese media portrayed Joseph Wu’s travel to Europe as a trip to promote Taiwan’s independence. The Global Times labeled him a “professional propagandist, who has been misleading international public opinion and deceiving people on the island.”

Along with Joseph Wu, an economic delegation of 66 members led by Taiwan’s National Development Council’s Minister Kung Ming-hsin visited Slovakia, the Czech Republic, and Lithuania to boost economic and trade cooperation. Beijing’s European allies engage in economic relations with Taiwan because they are considered apolitical and thus in line with the “one China” policy. However, Beijing regards any kind of Taiwan’s foreign policy with growing unease, especially in the region, where Lithuania recently withdrew from the 17+1 platform and announced the opening of a representative office using ‘Taiwan’ in its name. This time, Global Times accused Joseph Wu of the so-called ‘checkbook diplomacy’ – a foreign policy strategy using economic aid or investments to leverage diplomatic support. “In the words of the DPP authority, Wu’s visit and the trade delegation’s itinerary share the same goals of ‘expressing the strategic importance of Taiwan, its economic strength and its resolve to defend its democracy.’ Therefore, it can be said that the results of Wu’s visit to Europe are backed by the ‘checkbook’.”

Both Taiwan and China have been long engaged in a diplomatic war, where economic incentives are used to either retain or lure away the diplomatic allies of the other. In the past years, however, this zero-sum diplomatic game has been mostly affecting developing countries whose governments are often willing to exchange diplomatic recognition for economic aid. The last time Taiwan competed with Beijing’s influence in Central and Eastern Europe employing its economic diplomacy was towards the beginning of the 1990s. At the time, Taiwan attempted to win the region by promoting its economic development and itself as a democratic alternative to China, whose reputation was seriously damaged by the violently suppressed 1989 student movement. Although Taiwan did not succeed in establishing official relations with any of the countries (except for Macedonia for a brief period), it managed to open representative offices in the region and found supporters among a few politicians, such as the Czech Republic’s President Václav Havel.

Havel challenged the ‘One China’ principle several times by claiming Taiwan is a reality he cannot ignore or by receiving a Taiwanese delegation in his official capacity. Support for Taiwan has never really disappeared from the Czech political scene even during the tenure of the pro-China President Miloš Zeman. The most vocal proponents of the Taiwan-Czech relations currently are the Czech Senate President Miloš Vystrčil and the Mayor of Prague Zdeněk Hřib. Vystrčil traveled to Taiwan in August 2020 together with other 89 delegates including the Prague mayor Zdeněk Hřib, who promoted Prague to sign a sister city agreement with Taipei in January 2020 while cutting a similar agreement with Beijing.

When Vystrčil and Hřib met with Taiwanese Foreign Minister Wu the meeting was labeled by Global Times a “despicable act doomed to fail”. In the same article, a spokesperson of the Chinese Foreign Ministry was quoted advising the Czech authorities to “change course as soon as possible, otherwise they will suffer the consequences.”

However, Beijing cautiously prepares its domestic audience for any potential diplomatic offense from the Czech side by highlighting its “quite unstable situation” following the recent parliamentary election. The empty post of prime minister and the pro-Taiwan parties of Vystrčil and Hrib forming the coalition give enough justification for an unreasonable development. Moreover, Czech President Miloš Zeman is currently suffering from a health issue. “Obviously, the DPP aims to exploit the window period in the Czech political scene.”

Interestingly, the media did not explicitly target Slovakia for receiving Joseph Wu‘s delegation. This is perhaps due to a different approach towards Taiwan in the two countries. While the Czech opposition has been promoting relations with Taiwan as an alternative to those with China, Slovakia cautiously engages with Taiwan within its ‘One China’ policy.

Chinese official reaction to Wu’s visit to the Czech Republic and Slovakia followed in the form of a press release by Ma Xiaoguang, who reminded that Beijing “oppose[s] any form of official exchanges between China’s Taiwan region and the countries with which we have diplomatic ties. This position is consistent and clear. We urge relevant countries to stay consistent with their words and deeds, to abide by the ‘One China’ principle with practical actions, to handle the Taiwan issue prudently and properly, not to provide a stage and not to send any wrong signals to the Taiwan independence separatist forces.”

Beijing fears that some countries might start focusing more on deepening their economic cooperation with Taiwan. This, however, does not imply their abandonment of the “One China” policy nor their support for Taiwan’s independence. It does, however, signal their choice to engage in like-minded partnerships.

The visit aimed at consolidating friendship, deepening practical cooperation, and offsetting the negative impact of Wu’s tour. While the objectives of Wang Yi’s trip are probably accomplished in the four countries, Slovakia, the Czech Republic, and Lithuania might need a direct and tangible incentive from Beijing.

Unlike in Western media, where Taiwan’s Foreign Minister Joseph Wu’s praise of democracy was associated with a positive image, Chinese media mocked him for “looking a bit like a cult leader who believes neither sword nor spear could hurt him because he has democratic beliefs.” Taiwanese democracy itself turned out to be portrayed as nothing but a populist instrument of the DPP authorities to promote independence. “The ‘democracy’ on their lips is just a ‘beckoning streamer’ to plot ‘secessionism,’ a ‘shame cloth’ to deceive the world.” On the other hand, “the true democracy is to devote unsparing efforts in satisfying people’s aspirations for a better life”, which is something that both the Communist Party and the Chinese people have always insisted on, as quoted in an official statement by Ma Xiaoguang, spokesperson of the Taiwan Affairs Office of the State Council.