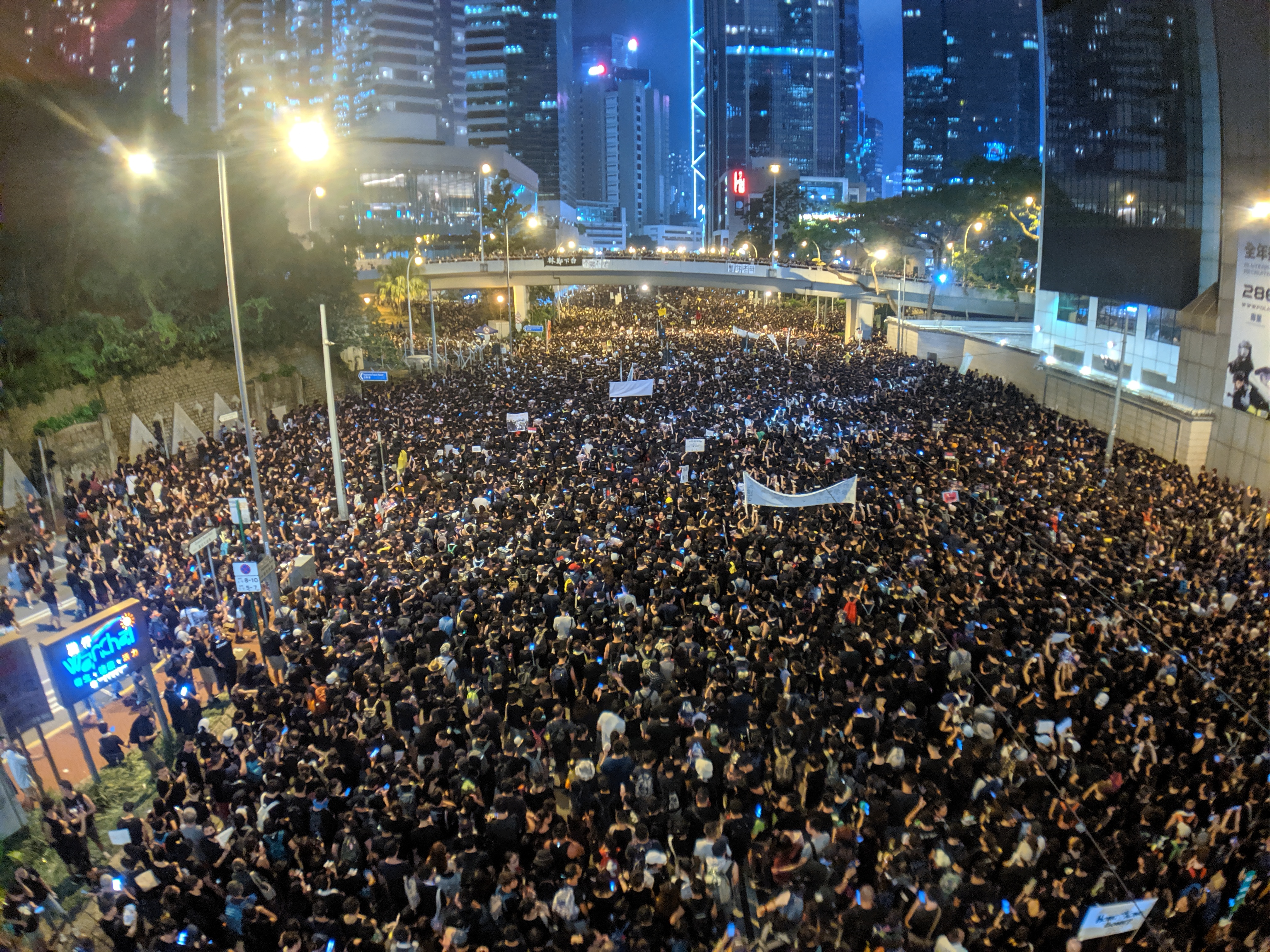 Even after the withdrawal of the controversial „extradition law”, protests in Hong Kong show no sign of dying down. These conflicts are rooted in fundamental flaws in Hong Kong’s governance, which fuel popular discontent and anti-Chinese sentiment. If the „one country, two systems” model is to be saved, political reforms and new conflict mitigation measures are urgently needed.

Protests in Hong Kong, now in their fourth month, continue to follow a trend of steady escalation. Originally triggered by the local government’s introduction of an “extradition law” that would have cleared the way for Hong Kong citizens to be tried by mainland courts, the protests have seen both peaceful mass demonstrations and increasingly violent clashes between small groups of protesters and police forces. While the proposed law was formally withdrawn on September 4th, the struggle between demonstrators and authorities has continued around more fundamental questions regarding Hong Kong’s legal and political relationship with the mainland. Increasingly, this question has also intensified rifts within Hong Kong’s civil society, triggering clashes between pro- and anti-government groups and the vandalism of businesses seen to be aligned with Beijing.

If the political crisis in Hong Kong had simply been the result of a single badly-designed policy, its retraction may have calmed things down. That they have not points to much deeper, unresolved flaws in Hong Kong’s system of governance, a so-called “hybrid regime” combining liberal and authoritarian elements. On the one hand, citizens enjoy a limited vote franchise and much larger individual rights than on the mainland, including free speech and assembly. On the other, the processes of selecting Hong Kong’s executive and subsequent policymaking give a privileged role to local business elites, many of whom have economic ties to the mainland and are politically aligned with Beijing. Proponents of the system point to its success in achieving economic growth and providing public goods, a legitimization strategy that is also employed by the CCP across China.

However, there are clear signs this governance approach is failing: instability, widespread dissatisfaction with the government and pace of reform, and dramatically shrinking identification with China as a nation fundamentally question the “one country, two systems” formula. I argue here that the failure to manage the conflict or constructively engage protesters stems from Hong Kong’s status as a hybrid regime, further exacerbated by its subordination to Beijing and a split in interests between the central and local governments.

One of the main reasons why the local government was never able to gain purchase on the protest movement is due to its character. First, it is highly diverse, covering several distinct political camps and a broad cross-section of Hong Kong society. Second, it is not structured around any established political institutions or individual leaders – organization is decentralized and provided through two platforms, the Civil Human Rights Front (CHRF) and the online forum LIHKG. Third, it does not draw its cohesion from a specific political ideology, but a shared desire to resist rising mainland influence over the city and, since June, a set of five demands that have been held up as non-negotiable.

In confronting the protests, the Hong Kong government first relied on tactics that had been successful in defeating the 2014 umbrella movement. These turned out to be ineffective under current conditions. Attempts to isolate the most radical activists from broader popular support have failed. While there are clear disagreements between the two camps over methods, peaceful and violent protests continue in conjunction, and the five demands have remained their mutual basis.

The movement’s decentralization has made it impossible to knock out the leadership by either co-opting or arresting them (though not for want of trying). Repression has turned out to be counterproductive, as the first police crackdown in June galvanized the movement and provided it with a new, widely shared cause in the demand to investigate police violence. Finally, protesters have faced attacks from street gangs and economic reprisals from major employers, both of which are reminiscent of the mainland’s playbook. However, these tactics also failed to scare them into submission and have made concerns over the hollowing out of Hong Kong’s freedom and rule of law all the more acute.

Contrary to its 2014 approach, the local government also belatedly offered concessions – the shelving and eventual retraction of the extradition law, a mooted citizens’ dialogue, and promises of economic relief. By the time they were made, however, these offers fell far short of protesters’ demands. As a result, they were rejected as insincere and did not lead to a reduction in tensions or even just the beginning of a dialogue.

Much of this reaction can be traced to the personal image of Hong Kong’s chief executive Carrie Lam. Her previous track record on public engagement and rapidly deteriorating approval had thoroughly undermined her credibility in the eyes of the public. But the process of drawing up these concessions was flawed, too. Lam had relied on precisely the kind of small-circle, intra-elite decisionmaking that has been characteristic for Hong Kong’s hybrid governance, involving mainly business leaders and former officials.

While acutely sensitive to the interests of Beijing or the local police, these circles failed to accurately gauge the public’s mood. This is not just a mentality problem, but also an institutional one: the most obvious transmission belt between the citizens and the government, Hong Kong’s parliamentary Legislative Council (LegCo), has long suffered from a similar overrepresentation of establishment interests, and more recently, the systematic ouster of elected representatives whose anti-Beijing views were considered unacceptable. After years of sidelining or silencing these voices, the disconnect between elite consensus and popular concerns had simply become so vast that no basis for engagement was left.

Compared with these problems, the central government’s role in blocking reform proposals that might have satisfied popular demands has probably not been as decisive as sometimes assumed. However, Beijing further complicated the situation by disseminating a narrative designed to delegitimize protesters as violent thugs dancing to the tune of “foreign agents”. These well-trodden propagandistic themes are evidence of a strategy that is much more focused on preventing a spread of protests to the mainland than to facilitate a local solution. This is highly problematic because escalating violence in Hong Kong can actually be useful for driving a wedge between local citizens and disaffected mainlanders, creating another incentive against compromise.

The failure to take local concerns seriously and to move ahead with governance reforms under the spirit of “one country, two systems” is now not just endangering the political future of Hong Kong, but increasingly undermining the premise that it is part of China. After a long period in the 00s in which local citizens increasingly adopted dual identities as both “Hong Kongers” and “Chinese”, the most recent set of surveys on this issue has found a massive jump in respondents who gave their identity as exclusively local, for the first time ever reaching a majority. Taken together with other points of evidence, like the success of localist parties in the 2016 LegCo elections, hostility towards mainland tourists and the usage of anti-Chinese slurs by protesters, this suggests that China is quickly emerging as the “Other” against which a growing Hong Kong identity is constructed. This should be of urgent concern to Beijing most of all. The “two systems” part of the formula needs to be taken seriously, and contradictions in local governance need to be resolved by moving towards more democratic participation as promised. Accepting the demands for an independent inquiry into police conduct and, ideally, also for an unimpeded popular election of future executives would strengthen faith in local governance.

In the short term, a dialogue is urgently needed. Given the government’s near-total loss of trust, this process should best be handled through mediators that enjoy the confidence of both sides. Local religious authorities have often straddled the establishment and grassroots camps and might be available themselves or could enlist the help of external colleagues. Finally, international media attention and the battle over global public opinion have been major factors inhibiting violence on both sides. It is crucial to maintain this spotlight as the protests drag on. If not, challenges the premise that both sides are part of the same country are likely to intensify.

Pascal Abb is a senior researcher at the Austrian Study Centre for Peace and Conflict Resolution (ASPR). His research focuses on the international relations of East Asia, Chinese foreign policy and the role of experts in policymaking. He recently published an analysis of the Hong Kong protests and their implications for the city’s future governance in ASPR Policy Brief.

This text was cross-published with the CPD Policy Blog, a project of the Conflict, Peace and Democracy Cluster.