Learning from the Russians: Beijing’s changing media tactics at a time of Coronavirus 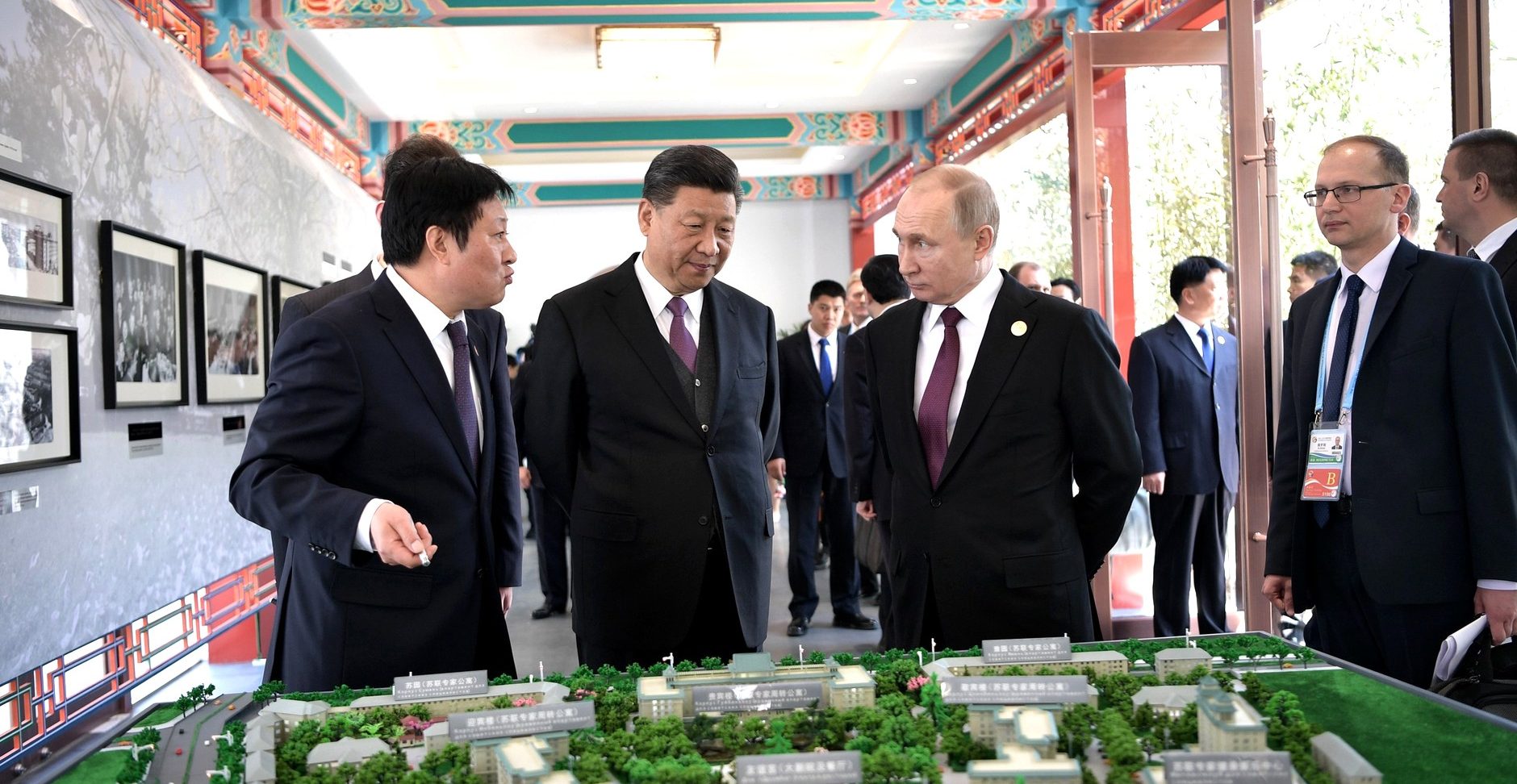 During the Coronavirus outbreak, the Chinese propaganda machine has begun adopting novel tactics, mimicking approaches that thus far had been generally associated with the Kremlin.

Over the past few years, many in the West have become used to reports of Russian state-sponsored media disinformation campaigns, as well as more subtle online bot activity. Indeed, it comes as no surprise that these efforts continue to be singled out by special task forces assembled both in Washington and Brussels. The current period, with the ongoing Coronavirus pandemic, makes no exception. As people find themselves paying attention to the event in and of itself, the circumstance offers a useful smokescreen for increased activity of this kind.

What is new, is that Beijing appears to have begun to mimic approaches that have generally been associated with Moscow. In fact, in parallel to the more canonic messaging of a strong and benevolent government, state media anchors, as well as officials of the Chinese Foreign Ministry, started sharing with their audiences dubious stories, without much evidence to back them up. On multiple occasions, for example, it has been alleged that Covid-19 is a bioweapon engineered in the US, brought to Wuhan by US soldiers.

Russia: more of what we have become used to

To better understand the changes taking place in Beijing, it is useful to start by briefly reviewing what we know about the strategies employed in Moscow.

After the annexation of Crimea in 2014, in a period of worsening relations between Russia and the West, state-funded media outlets such as RT and Sputnik have stepped up their efforts. On top of it, Russia has been accused of using internet bots and trolls to deepen existing cleavages in Western societies. On the matter, the US Senate Intelligence Committee revealed that in May 2016 a St. Petersburg based troll farm organized on Facebook two protests in Texas, an anti-Islam one, and a pro-Islam one, both scheduled at the same time and in the same place.

Beyond the best-known cases of interference in the run-up to the US presidential elections in 2016, Russia’s role in the vaccines debate appears particularly relevant at the moment. Undeniably the two topics are different, but at its minimum, there is a significant overlap in the audiences interested in engaging in debates on Covid-19 and vaccinations. Insightfully, a study by the American Public Health Organization found that Russia’s activity in this realm was not so much aimed at discrediting the effects of vaccination per se, but was geared towards pushing to the extremes both sides of the argument, thus “eroding public consensus on vaccination”.

Indeed, the current consensus on Russia’s end game in its media efforts appears somewhat unsettling. When one looks closely, it becomes clear that outlets linked to the Kremlin promote multiple points of view, not necessarily in accordance with each other, appearing to aim to confuse rather than convince.

The early months of 2020 have been no exception. Stories related to Covid-19 varied greatly. On occasion, it was claimed that the virus is no more serious than the normal flu, and other times it was portrayed as a devastating disease with the potential to alter the existing world order. Its origins were also disputed but generally attributed to the USA. Sometimes it was claimed that the virus was the result of Bill Gates’ collusion with pharmaceutical giants, sometimes it was described as the product of NATO biolabs in Latvia, the UK, or one of China’s neighbors.

China: a qualitative change in communication

While Russia’s media approach has changed little in recent years, China’s one appears to have undergone progressive modification, with a breaking point reached during the Covid-19 outbreak. Crucially, this change appears to have aligned the Chinese tactics with the Russian ones in terms of disinformation.

Controlling the narrative in China has always been important, with certain media outlets such as the Global Times often playing the blame game with the United States.  Nevertheless, the initial coverage of the epidemic did not anticipate any change in the direction of spreading fake news at the official level, a novel deviation from the traditional approach seen so far.

The task force assembled in Beijing to combat the outbreak was composed of 9 high ranking state officials with different expertise. Two of them, the largest relative share, with a propaganda portfolio. On the matter, Steve Tsang, Director of the SOAS China Institute, points out that priority was given to controlling the message. However, unlike the usual scenario, this message evolved in three relatively distinct phases.

Initially, the key priority was to show that the situation was under control on the domestic front and that the response put in place by the authorities was more than adequate. A case in point, broadcasted across media waves all over the world, was the 10 days construction of a hospital in Wuhan. This instance led many Western commentators to praise the Chinese response, and even to question whether something of this kind could have taken place in their respective countries.

However, once the Virus had reached well beyond national borders, the messaging took on a distinctively international dimension. Considerable efforts begun to be placed on sending the message that China was there to help its international partners, apparently unconditionally supporting European nations.

But the crucial change came in late February 2020, when Chinese epidemiologist Zhong Nanshan, who led the fight against SARS in 2003, during a press conference in Guangzhou said that even though the virus was spotted first in China, it did not necessarily mean it had originated there. Soon afterward, the message was amplified by Lijian Zhao, spokesman and deputy director-general of the Ministry of Foreign Affairs’ information department, who told reporters that “no conclusion has been reached yet on the origin of the virus”.

A week later the Foreign Ministry spokesman reached global notoriety. On March 12, he sent out a series of tweets with links to articles and videos which implied that the US was responsible for the virus’s outbreak. Within hours the tweets collected well over 160 million views, being retweeted by Chinese Ambassadors in France, Germany, and South Africa among others.

Once an official of the Foreign Ministry had legitimized these narratives, increasing numbers of real and fake social media users joined the feast, and the spread of conspiracy theories grew stronger. According to the European External Action Service, the common theme was the questioning of the Chinese origin of the disease. One of the most popular stories, which collected over half a billion views on Chinese social media, presented the Italian outbreak as beginning before the Chinese one, in an attempt to shift responsibility for the original outbreak away from China.

China and Russia learn from each other

At a time when disinformation and fake news have become the new normal when nothing needs to happen in the real world to start trending online, it is crucial to be aware of the disinformation efforts put in place by authoritarian states. While it is not obvious that Moscow and Beijing proactively cooperate or coordinate in the media realm, it is clear that they are adopting increasingly similar tactics. Therefore, it is necessary to be alert and track the changing means they put at work, as the status quo is likely to evolve further.

So far, in the news domain, it appears that Beijing has taken a page from Moscow’s playbook. It became manifest that during this crisis official Chinese outlets begun subtly giving airtime to unlikely conspiracy theories. Then, just as it is the case in Russia, state-sponsored media channels didn’t blatantly state falsehoods presenting them as facts but offered crafted “experts’” opinions to back up the claims. Both Russian and Chinese media pundits don’t express a value judgment on these contents, alleging to be giving to the audience an alternative point of view as well as the chance to decide for themselves.

Likewise, in the online news domain, the Kremlin has influenced the actions of Beijing. Indeed, Russian outlets aimed at spreading fake news among Western audiences have been active at least since 2014. However, now the Chinese have also begun to spread discredited and at times contradictory theories, even using the same sources presented by the Russians to back up their arguments.

Ultimately, having legitimized specific points of view through official channels, these myths begin to grow on the web, at times artificially cultivated by bots and trolls. Eventually, considering that online attribution is much harder, these narratives reach people that are unaware, and often uninterested in the original source. Thus, at a time of ongoing health emergencies, these stories circulate and get amplified in echo chambers of like-minded individuals with specific worldviews, deepening the existing divides in democratic societies.