Public opinion in the Indo-Pacific: Divided on China, cheering for US & EU

Home Publications CEIAS Papers Public opinion in the Indo-Pacific: Divided on China, cheering for US & EU 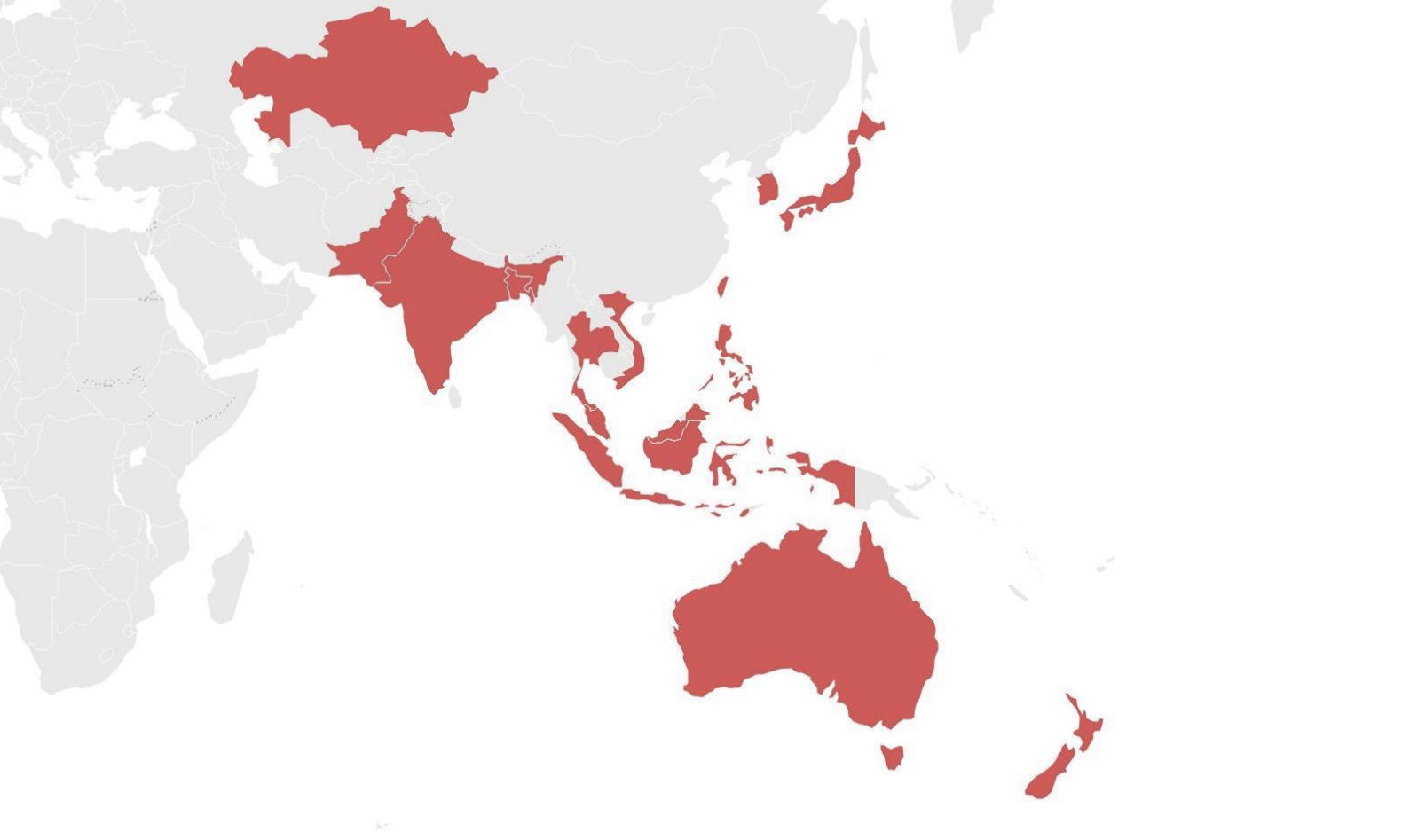 This report presents the results of public opinion surveys conducted online in 15 countries across the Indo-Pacific between April and September 2022. 1 The research sample (n = 18,157) was representative of gender, age, and region for each country, as well as religion or ethnicity in India, Malaysia, and Kazakhstan. This survey of 15 countries is part of a broader research project, ‘Sinophone Borderlands – Interaction at the Edges,’ funded by the European Regional Development Fund and run by Palacky University Olomouc in collaboration with the Central European Institute of Asian Studies (CEIAS).

The results reveal significant divisions within the Indo-Pacific regarding China. Respondents from countries closer to the West in development and ideology tend to hold negative views of China. The US and the EU, furthermore, both enjoy a relatively good image among respondents in the region as a whole, with most respondents preferring alignment with the West over China. Nevertheless, China has also built strong relationships in the region, not only with Pakistan, Bangladesh, and Kazakhstan but also with Thailand, Indonesia, and Malaysia. Substantial majorities of these countries hold positive feelings toward China.

In terms of military, economic, and soft power, the US is perceived as powerful by the largest proportion of respondents in most countries. China is also perceived as relatively strong militarily and economically, but its cultural attractiveness tends to be seen as lower than that of the US and the EU. Europe lags behind regarding military and economic power, but the vast majority of respondents saw it as culturally attractive and tended to have a high opinion regarding the quality of life in Europe.

On the policy front, when asked to choose between China or the US, most respondents said they would prefer their countries align with Washington rather than Beijing. However, the survey also suggests that Indo-Pacific citizens’ appetite for great power competition is weak. Outside of Vietnam and Taiwan, preventing China’s geopolitical expansion was among the least likely to be ranked as a priority in their China policies. Results from many countries suggested a belief — or hope — that the region is large enough for two superpowers.